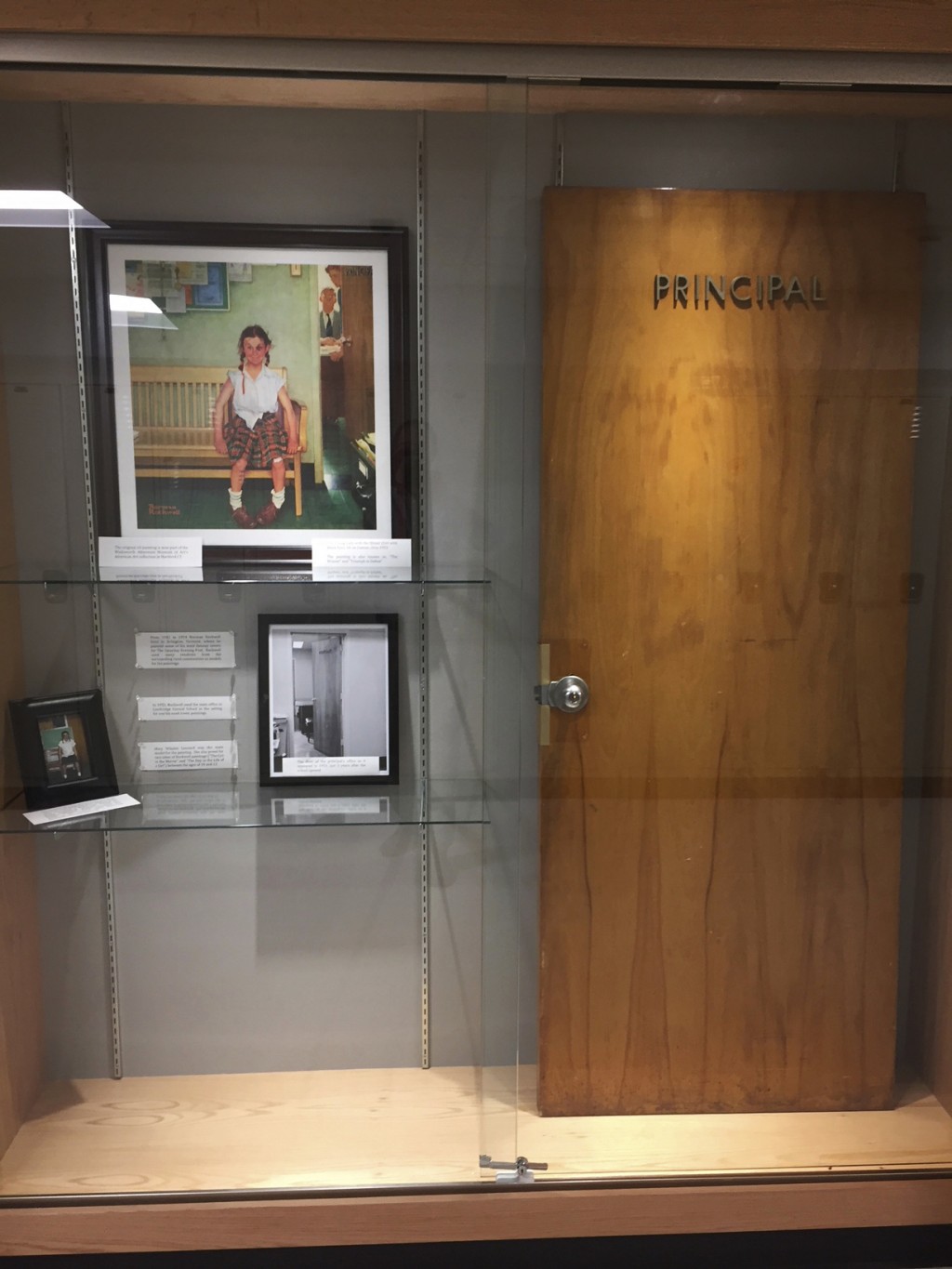 CAMBRIDGE, N.Y. (AP) — The Latest on the preservation of a prop in a famous Norman Rockwell painting (all times local):

The woman who posed for Norman Rockwell's painting of the smiling schoolgirl with the black eye says the illustrator "just pulled that smile out of me that day."

Mary Whalen Leonard was 11 when she posed in Rockwell's Arlington, Vermont, studio for the Saturday Evening Post cover that became known as "Girl With Black Eye" and "The Shiner."

Whalen is now 75 and told The Associated Press on Thursday that the illustrator asked her if she would love to win a fight with her brothers.

She said she would, then broke into a smile as Rockwell got down on his hands and knees and banged on the floor.

The door of the principal's office in the Cambridge, New York, school that served as the setting for the painting has been saved and is on display at the renovated school.

The door to a New York school principal's office that served as the setting for one of Norman Rockwell's iconic paintings has been preserved in an exhibit.

In 1953, Rockwell left his studio in Arlington, Vermont, to go to a school in Cambridge, New York, to take photographs of the principal's office for the painting that became known as "Girl With Black Eye" or "The Shiner."

It depicts a girl with a black left eye and a satisfied smile on her face sitting on a bench outside an office with the word "Principal" on the door.

The door is open enough to reveal the principal and his secretary apparently discussing her impending discipline.

The door was placed in an exhibit at the school when the building underwent renovations this year.