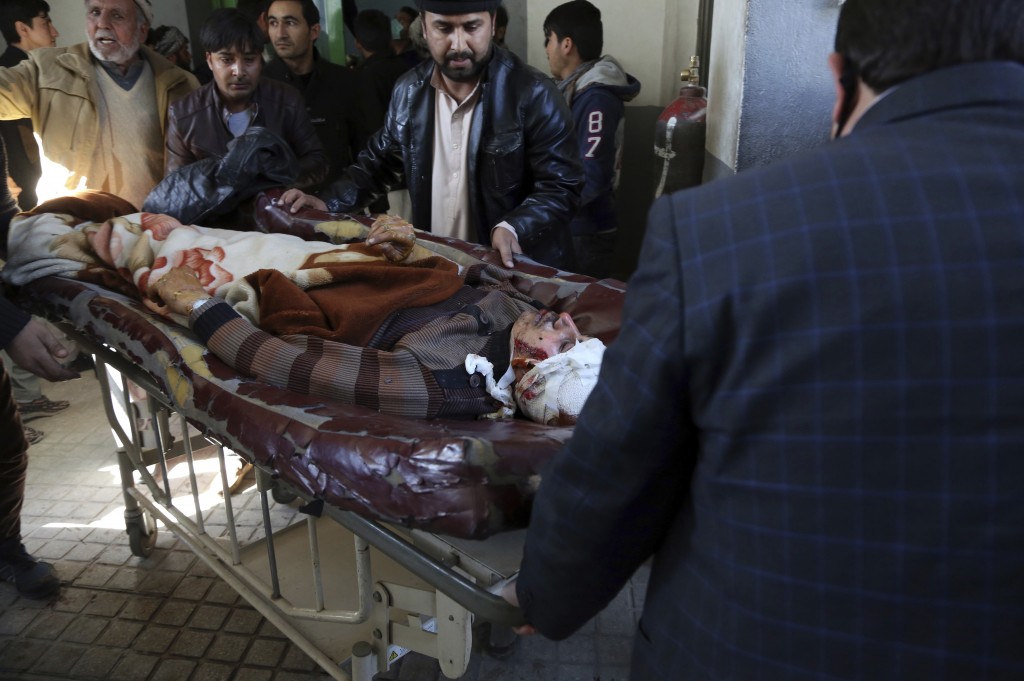 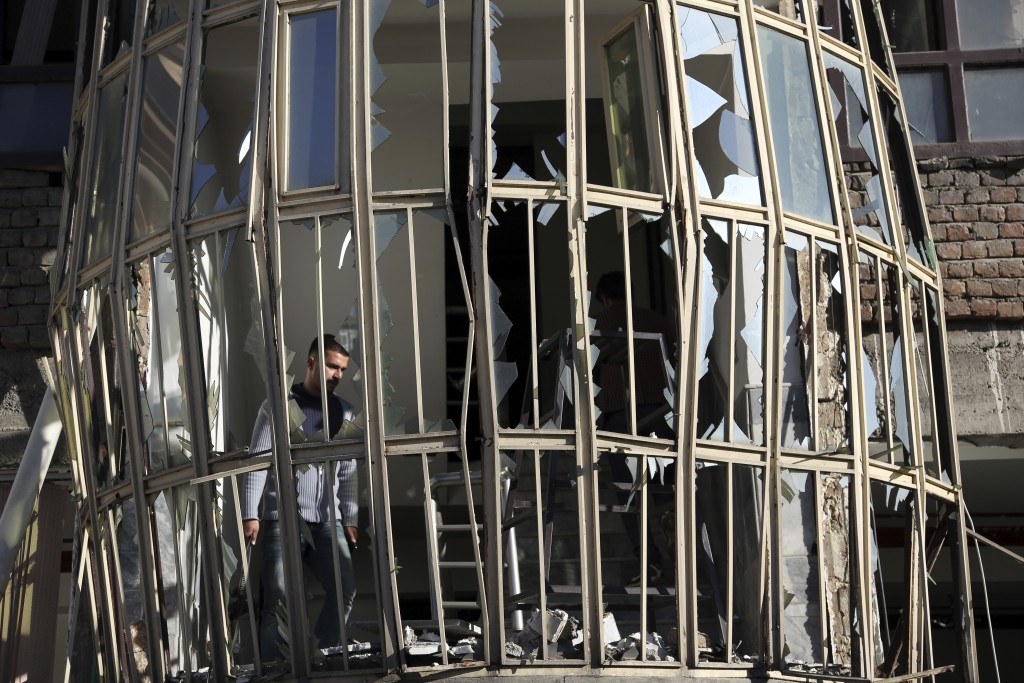 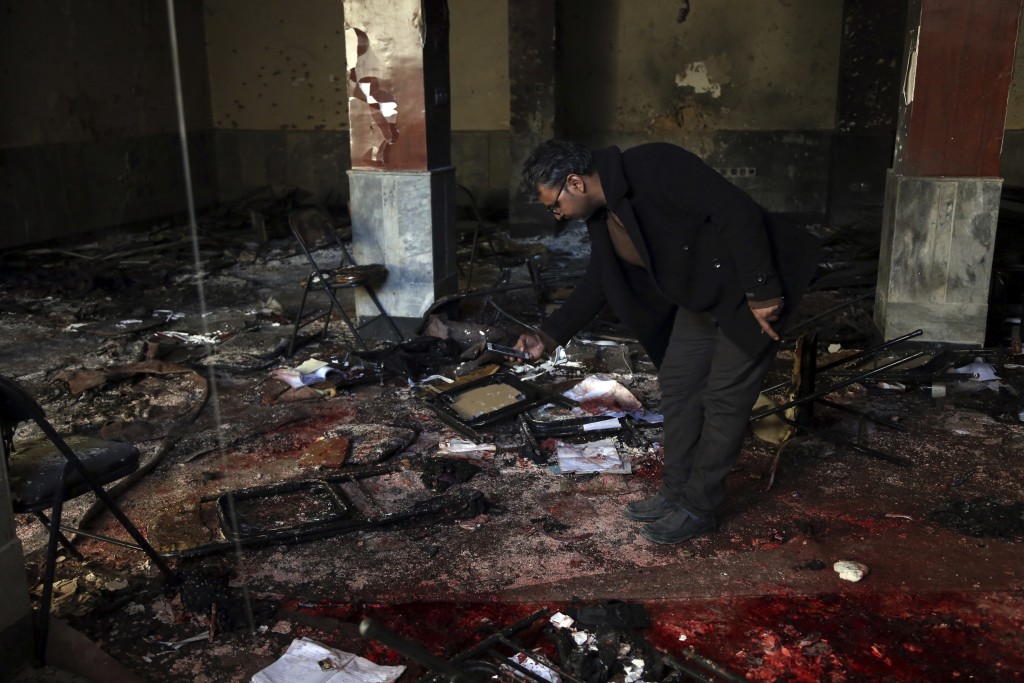 KABUL, Afghanistan (AP) — The Islamic State attack on a Shiite cultural center in Kabul on Thursday, which killed more than 40 people and wounded scores more, was the latest in a series of assaults by a powerful local affiliate of the extremist group.

The Afghanistan branch, which calls itself the Khorasan Province, has stepped up attacks over the past year even as the extremists' self-styled caliphate in Syria and Iraq has collapsed. The affiliate is estimated to have some 10,000 fighters, a toxic mix of Uzbek extremists and disgruntled former Taliban.

IS has repeatedly targeted Afghanistan's Shiite minority, which the Sunni extremists view as apostates and proxies of neighboring Iran. The militants have stormed Shiite mosques, killed worshippers as they knelt in prayer and gunned down elders on their way home. A U.N. report released in November documented 51 attacks on places of worship in Afghanistan since January 2016 that killed more than 270 civilians and wounded hundreds more.

The following is a list of major Islamic State attacks carried out in Afghanistan this year:

Dec. 28 __ A suicide bomber and other explosions at a Shiite cultural center in Kabul killed at least 41 people, in an attack that may have been aimed at a pro-Iran news outlet based in the building.

Dec. 18 __ Using a car bomb and rocket propelled grenades, Islamic State militants attacked an intelligence services training center in Kabul. The hours-long gunbattle ended with the militants being killed and without casualties among the security forces.

Oct. 31 __ An Islamic State suicide bomber killed five people near the U.S. Embassy in Kabul. Another 20 people were wounded.

Oct. 20 __ A suicide bomber killed 31 people after entering a Shiite mosque in Kabul. The Islamic State claimed the attack, which wounded more than 45 worshippers.

Sept. 29 __ A suicide bomber blew himself up outside a Shiite mosque in the Afghan capital, killing five people and wounding 29 others. The attack took place as worshippers were leaving the mosque after Friday prayers.

Aug. 25 __ Militants stormed a packed Shiite mosque in Kabul during Friday prayers. The attack lasted for hours and ended with at least 28 worshippers killed and another 50 seriously wounded, many of them children. Two of the assailants blew themselves up and another two were shot to death by Afghan security forces.

Aug. 1 __ — A suicide bomber stormed into the largest Shiite mosque in the western Herat province, opening fire on worshippers before blowing himself up, killing at least 90 people. Hundreds more were wounded in the attack, which happened during evening prayers.

July 31 __ Islamic State militants attacked the Iraq Embassy in central Kabul. The gunbattle lasted for hours before the militants were killed. Two employees died in the attack. IS vowed to continue targeting Shiites.

June 15 __ A suicide bomber killed four people at a Shiite mosque in the capital. Among the dead was a leader of Afghanistan's ethnic Hazaras, who are mostly Shiite Muslims.

March 15 __ Islamic State militants killed three Shiite elders as they were returning home from a graduation ceremony at a local religious school.