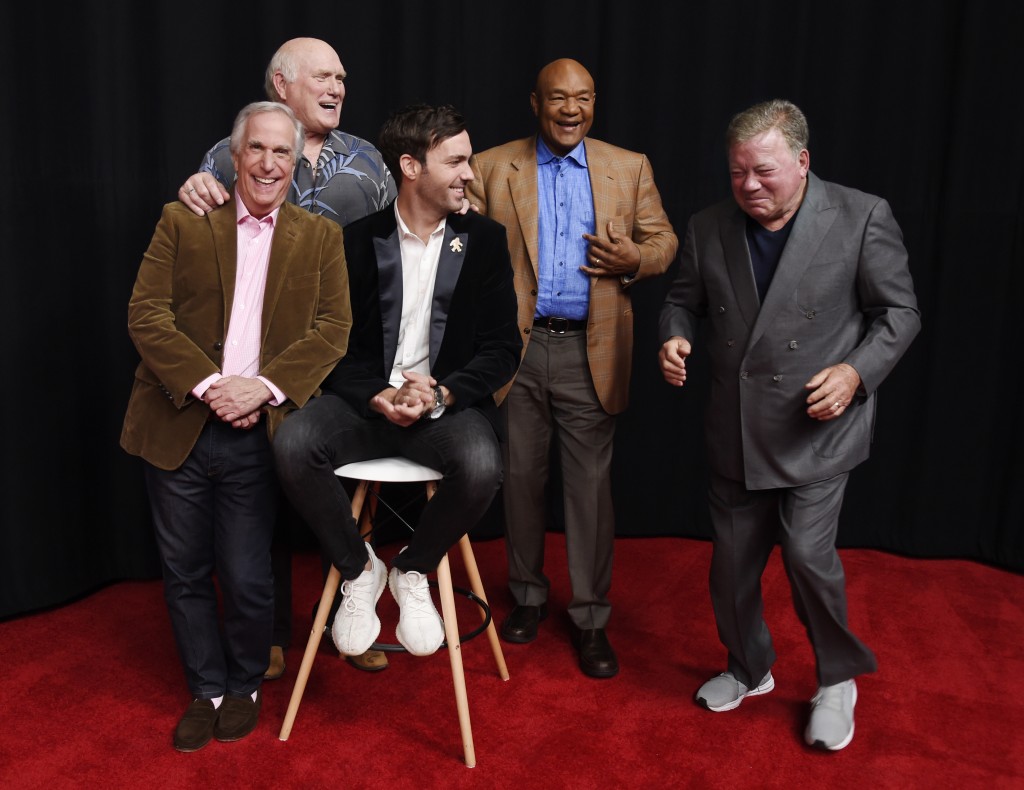 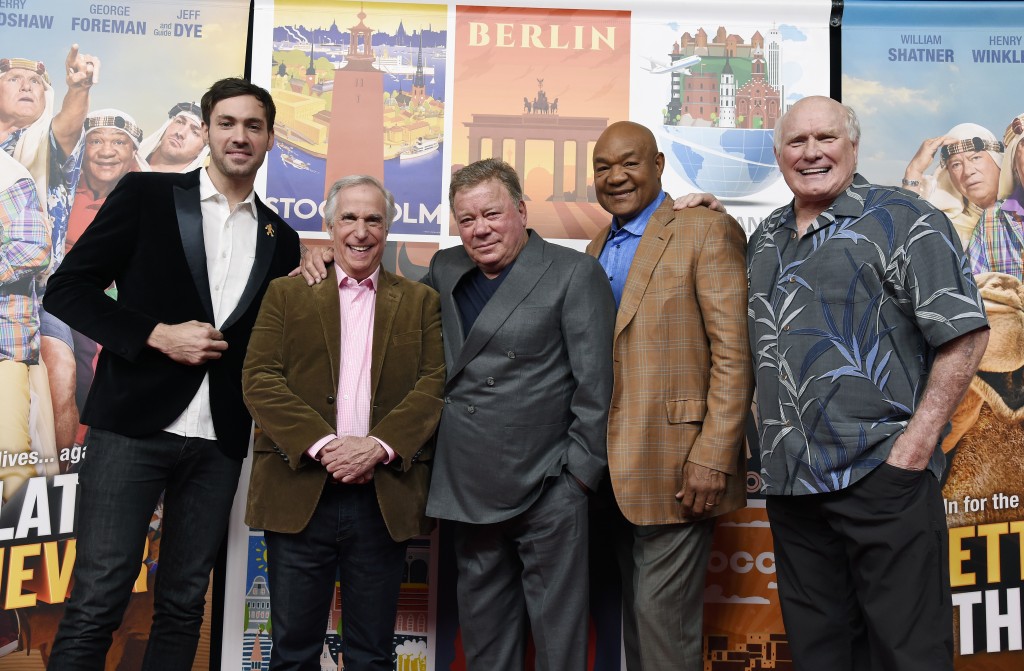 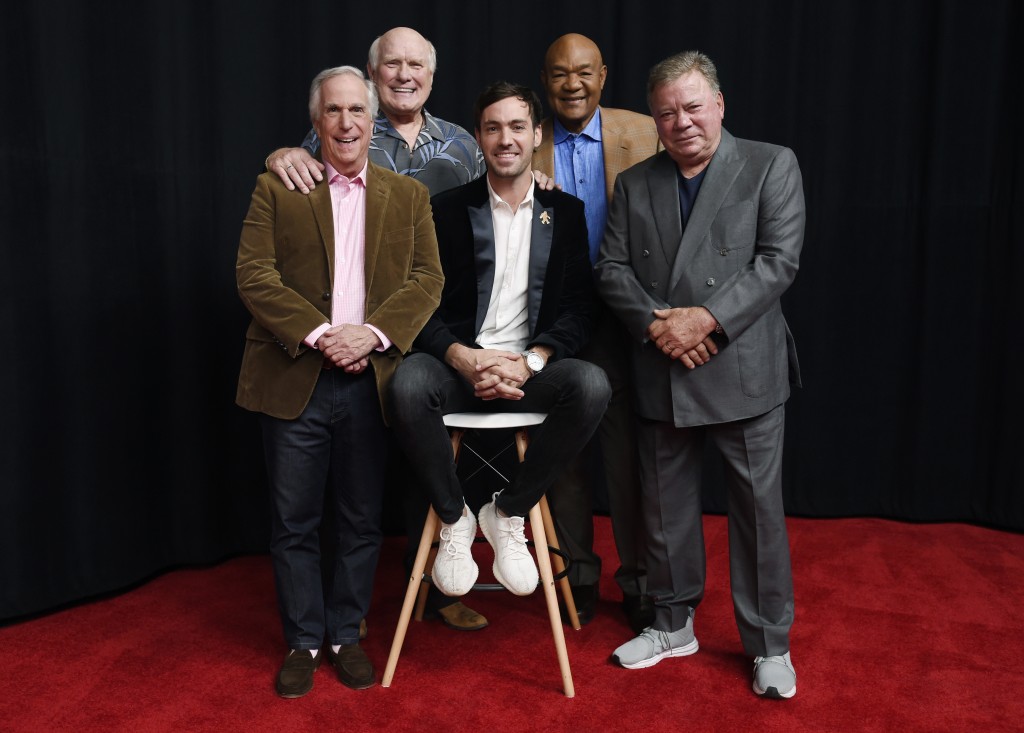 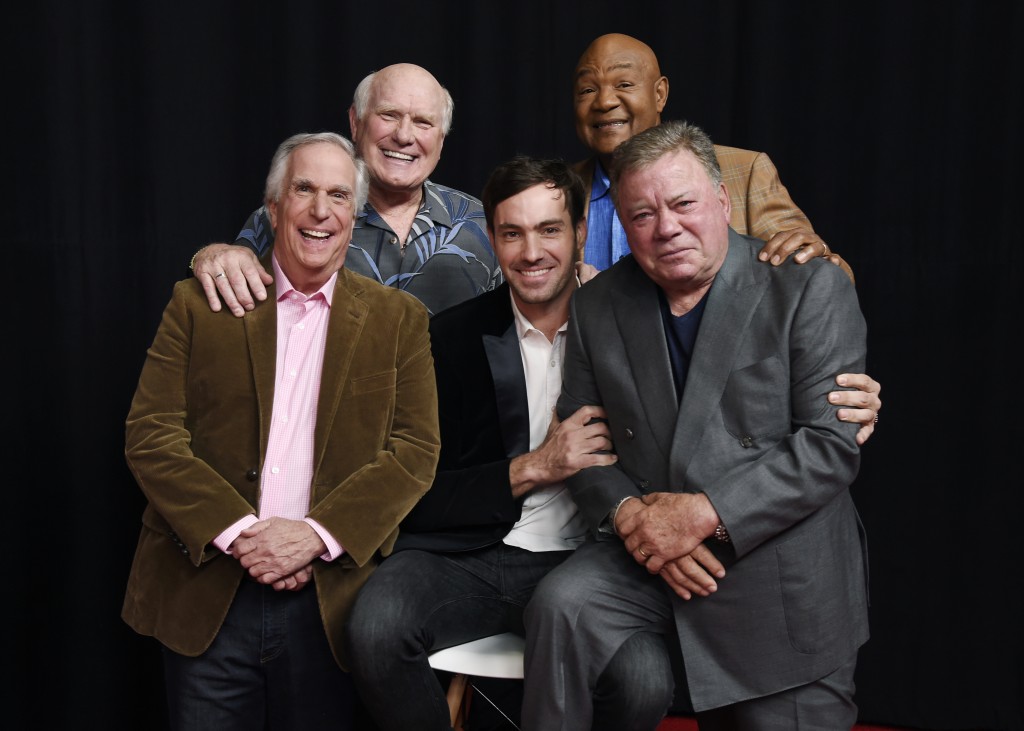 LOS ANGELES (AP) — George Foreman connected with the family of his first Olympic opponent in Lithuania. Henry Winkler made peace with his family history in Berlin. William Shatner rode majestic horses in Madrid. And Terry Bradshaw strode through a Munich city park wearing nothing but a cowboy hat and sneakers.

"That was not a good moment for me," the 69-year-old former football star said.

After traipsing across Asia in the first season of their travelogue reality show, "Better Late Than Never," the sports and entertainment icons, along with comedian Jeff Dye, reunite for a tour of Europe in season two, which premieres New Year's Day on NBC.

The five-some has such a friendly chemistry that corralling them for a conversation about their travel experiences is a comic endeavor. They all talk over each other with equal numbers of barbs and compliments.

"The first shows, we were, in effect, being paid to be friends... Essentially, nobody knew each other," Shatner, 86, said. "This time, everybody suddenly relaxed. And now, if we were to do it again, it would go to another level."

All five said they'd do a third season without hesitation.

"This is like a gift out of the heavens that fell in our laps," 72-year-old Winkler said. "We got to do things in the last two years that we would never have done."

"There's a picture of us riding camels in the Sahara and dancing with a Bedouin tribe," Shatner said.

Modeled after an unscripted Korean TV series called "Grandpas Over Flowers," which brought a group of actors in their 70s into playful situations in foreign settings, "Better Late Than Never" was a hit when it premiered in the summer of 2016. There are twice as many episodes — eight — in season two.

Some of the guys' adventures across the seven cities and five countries they visit include: Being treated at a "hangover hospital" during Oktoberfest in Munich, suffering through pickled herring in Stockholm, parasailing in Barcelona and motor-biking in Marrakesh.

"I've traveled all over the place, but I never saw the world the way we saw it together," Foreman, 68, said. "The difference is we saw things."

Sometimes they saw more than they wanted, as Bradshaw wasn't the only one to get naked (or "nekkid," as he puts it). Winkler also went nude as an art-class model during one of their outings.

"It's all about getting these guys in the middle of an adventure and letting them react to that in the best way possible," said executive producer Jason Ehrlich.

They filmed 10 to 12 hours a day during the 40-day trip, Winkler said: "There is no script, so we are constantly at our psychic height."

They insist, though, that they're being their real selves throughout. Producers don't manipulate the taping or editing to make the men appear a certain way, Dye said.

"It's just genuinely us having fun," he said.

Bradshaw said he's never watched himself onscreen in the 33 years he's been a TV football commentator, but he couldn't wait to tune in to the first season of this show.

"I sat there and I laughed until I couldn't stand myself," he said. "I wanted to watch, because I knew how funny it was when we were doing it. And it wasn't about watching you. It was about watching the show."

The five feel like a family after two epic trips together. Bradshaw suggests they could head deeper into to Africa next time. Winkler likes the idea of a trip across the U.S..

Regardless of where they end up, Dye, the youngster in the bunch at 34, hopes viewers are encouraged by the experiences of a group of old guys and one not-so-old guy.

"I think people should watch it and go: it doesn't matter how young you are, how old you are, what you know or what your education is, just go do stuff.'"

Bradshaw's take: "What it's going to show is guys on the screen that literally just don't care anymore... I think it's fascinating to see that we're not afraid to pretty much let you see how we are, and that's funny.