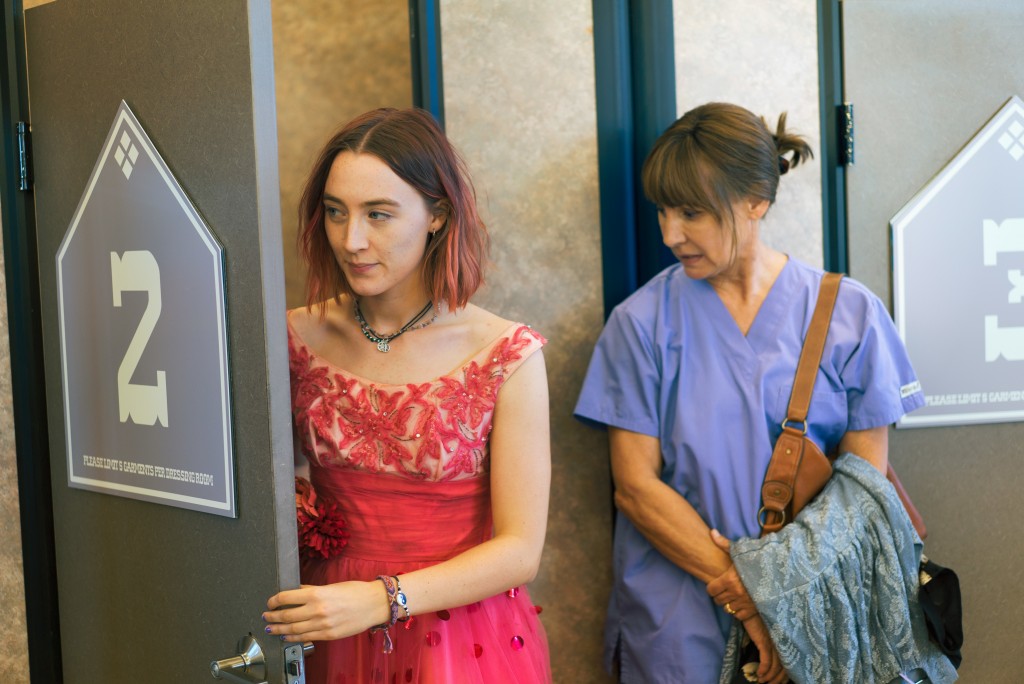 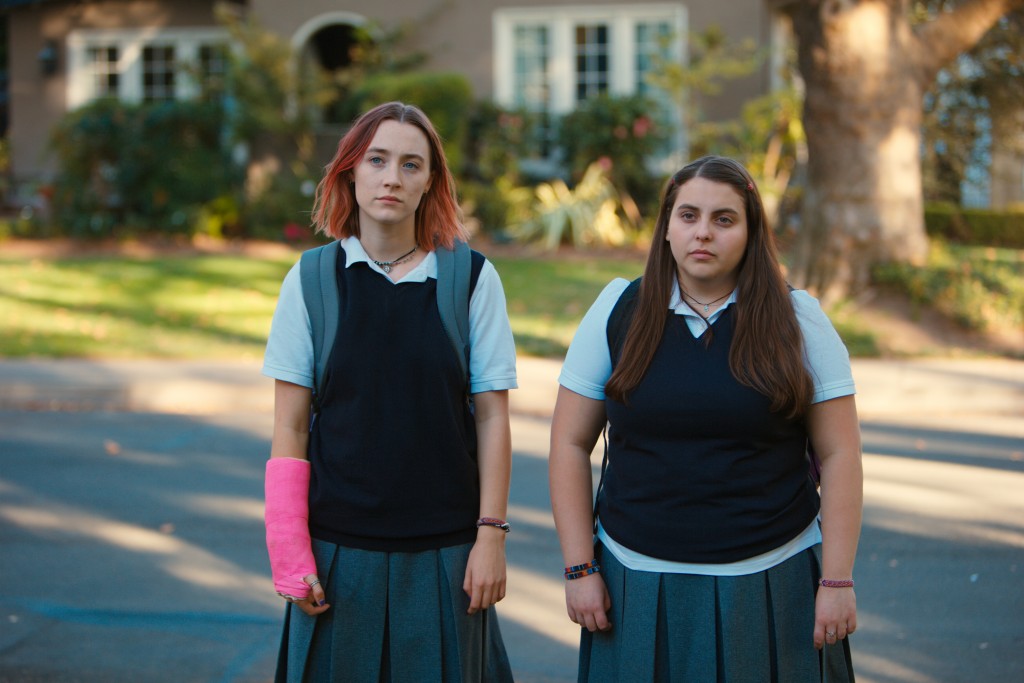 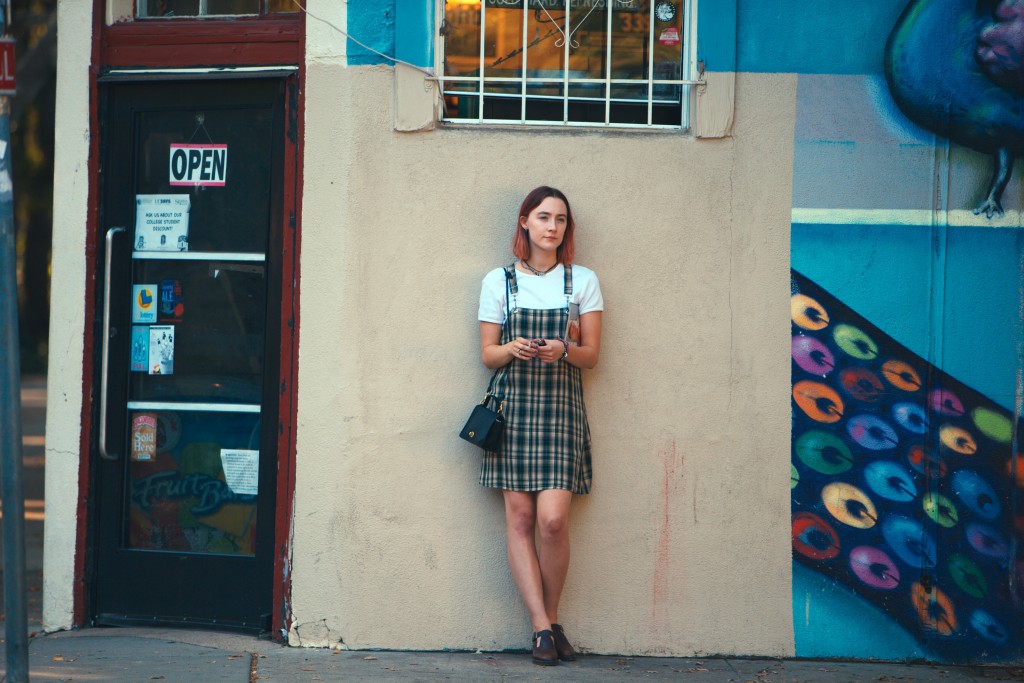 BEVERLY HILLS, Calif. (AP) — Saoirse Ronan is eyeing the lobster salad at Spago in Beverly Hills and has a difficult decision to make regarding cherry tomatoes. She doesn't like them, but she also doesn't like asking for special accommodations.

"It's so Irish," Ronan explains. "In Ireland you feel so guilty for requesting something to not be in the dish. No one would ever do it. But I like that they do it over here. I like the gutsiness!"

After a moment of deliberation she decides to go full American and ask the waiter whether or not it might be possible to hold the cherry tomatoes.

"Absolutely," he says without pause.

Ronan has recently arrived stateside fresh off of filming "Mary Queen of Scots" in Scotland and is staring down months of campaigning for "Lady Bird," the semi-autobiographical film from writer-director Greta Gerwig that has become an unlikely awards season mainstay. It recently even surpassed last year's best picture winner "Moonlight" to become the highest-grossing film for distributor A24.

Ronan plays the Gerwig stand-in Christine McPherson, who has begun insisting that everyone call her Lady Bird for reasons that are never wholly explained. She's navigating college applications, shifting friendships, boys and an increasingly tense relationship with her mother, played by Laurie Metcalf. It's been earning Ronan some of the best reviews of her career, and will likely result in a third Oscar nomination for the 23-year-old.

"I know we're doing an interview but I'm sorry I'm just talking about myself," Ronan says wearily. "You reach a point when you're doing press and you're like 'I've JUST spoken about myself for three weeks.'"

Still, Ronan is in particularly good spirits today (though one could not really imagine any other state of being) because her mother ("my best friend") has just flown in to stay with her for a while.

"Saoirse is the best acting partner in the world," says Metcalf. "She is a beautiful mix of somebody with a strong work ethic, and yet, she knows how to keep things light on the set and joke with the crew and the cast and then manage to be fully present as soon as it was time to work."

Ryan Gosling, who directed her in "Lost River," has even said she is Meryl (as in Streep) "reborn."

And yet Ronan still carried doubts about her performance in "Lady Bird" for months, worrying that she hadn't done the part justice, or, worse, wasn't "good enough for Greta." She says on day one of production, she felt she hadn't fully figured out her character yet.

Personally, too, she's in a place in her life where she feels like she's still figuring some things out.

"I've always loved (acting) so much but it's all I've ever known. And I had a panic recently where I thought I've got to go do other things. I've got to go travel. I even find when I'm working, I can't read, I can't watch TV, I can't do anything. I guess I can listen to podcasts but I can't really be stimulated by anything other than the projects. Your world becomes so small," Ronan says. "So last year, I took 6 months off before 'Mary' which is the best thing I could have done. It just reminds you that there is a world out there beyond what we're doing."

It's part of what makes "Lady Bird," and its ability to affect many different kinds of people who see themselves in the story, so special. Ronan, for all her ability to appear so worldly and composed in front of the camera, remembers how lonely it felt being a teenager. And when she moved out on her own around 19 or 20, she felt like she was faking her way through adult life — for example, scoping out the grocery carts of other adults at the supermarket for clues about what to buy ("oh, eggs!").

Something that gave her comfort at the time was the HBO show "Girls."

"Even though they were a little older, Lena (Dunham) and Jenni (Konner) captured what it was to be a girl and in a city and on your own and not knowing what the (expletive) you're doing ...You feel like you're being understood," she says. "I hope that 'Lady Bird,' well, I feel like it is doing that — helping people to feel like they're being understood."

It's something her mom did for her with her "Lady Bird" performance.

"My mom was so wise. She kept saying to me that the fact that you haven't figured her out completely or were kept on your toes in a way was good because she's sort of that way too. Myself and Greta and Lady Bird were all trying to figure her out together. That actually made sense to me," Ronan says. "The character kind of takes on a life of her own and you're just trying to keep up with them."

Ronan lets her upbringing get the better of her at the end of the meal as she looks at her half-eaten, cherry-tomato free salad. She politely asks for a to-go box, but she has no intention of taking it with her. She just doesn't want to offend the chef.

Ronan shrugs: "It's so Irish."