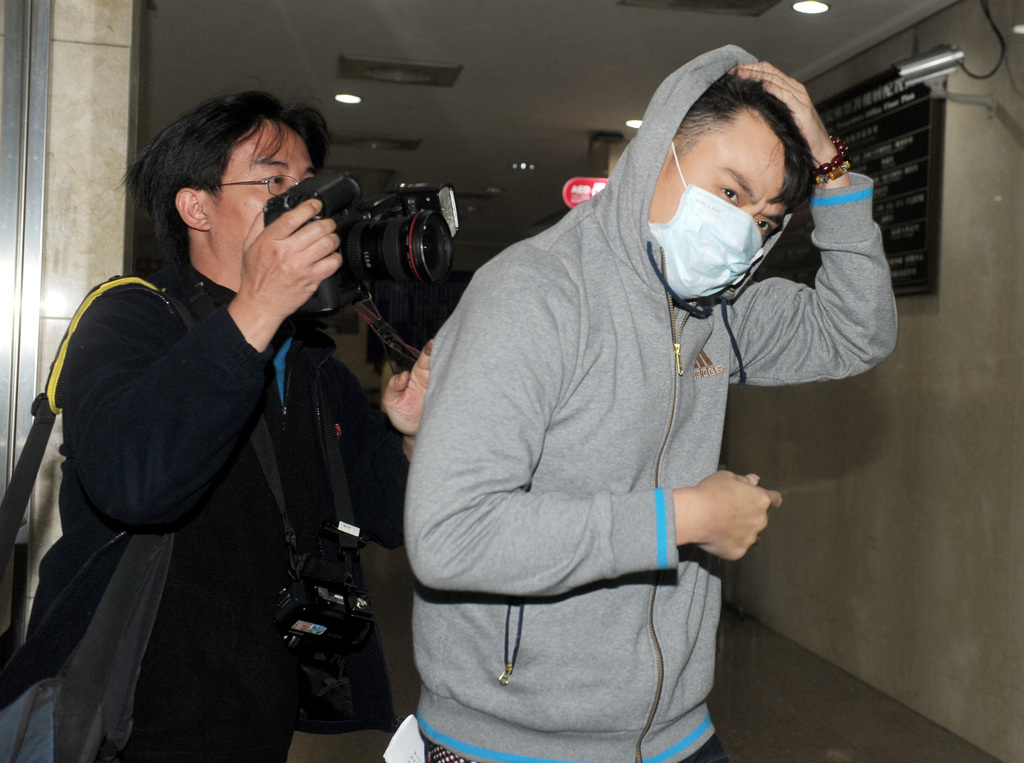 The Taiwan High Court Thursday handed down heavier sentences to 33 of 68 individuals in the second trial of a case involving the murder of a police officer by members of a local gang in downtown Taipei, including a 10-year sentence for the ringleader.

The court was ruling on a case that dates back to September 2014, in which Tseng Wei-hao (曾威豪) and his wife Liu Hsing-tung (劉芯彤) had an argument with security personnel at a club on Songshou Road in Taipei City and after leaving proceeded to cause trouble outside the premises, calling on other members of the Zhongshan Good Youth (中山好青年) gang to help them.

A police officer, Hsueh Chen-kuo (薛貞國), was dispatched to the scene, but upon arriving was confronted by Tseng, Liu and about 60 gang members who beat him to death.

In its Thursday ruling, the Taiwan High Court sentenced Tseng to 10 years in jail and Liu to 9 years. That was more than a year longer than the eight years and six months Tseng received in the first trial at the Taipei District Court.

Of the 68 defendants, the court found 40 of them guilty of the death of the officer and sentenced them to 7-13 years in jail. The remaining 28 were charged with public affray and sentenced to seven to 14 months in jail.

For 21 of the 28 individuals, their sentences are commutable to fines of NT$1,000 (US$33) per day for the duration of the sentence.

The 40 individuals who received longer jail time can appeal the verdict while the other 28 cannot.

Although many of the defendants received longer sentences than at the first trial, 16 who settled with Hsueh's family saw their sentences reduced.