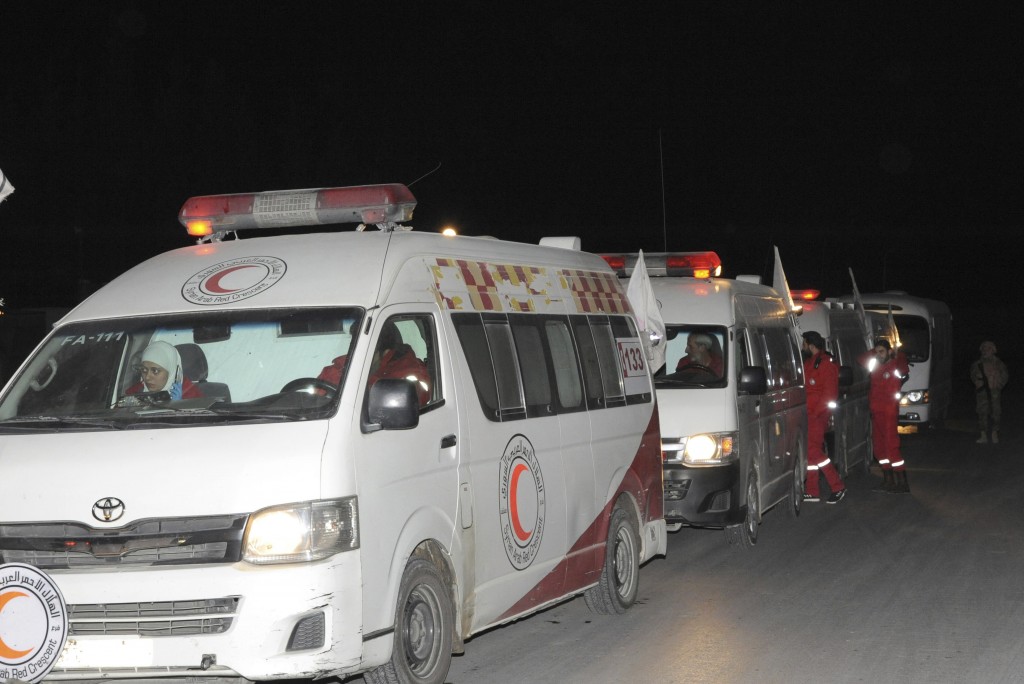 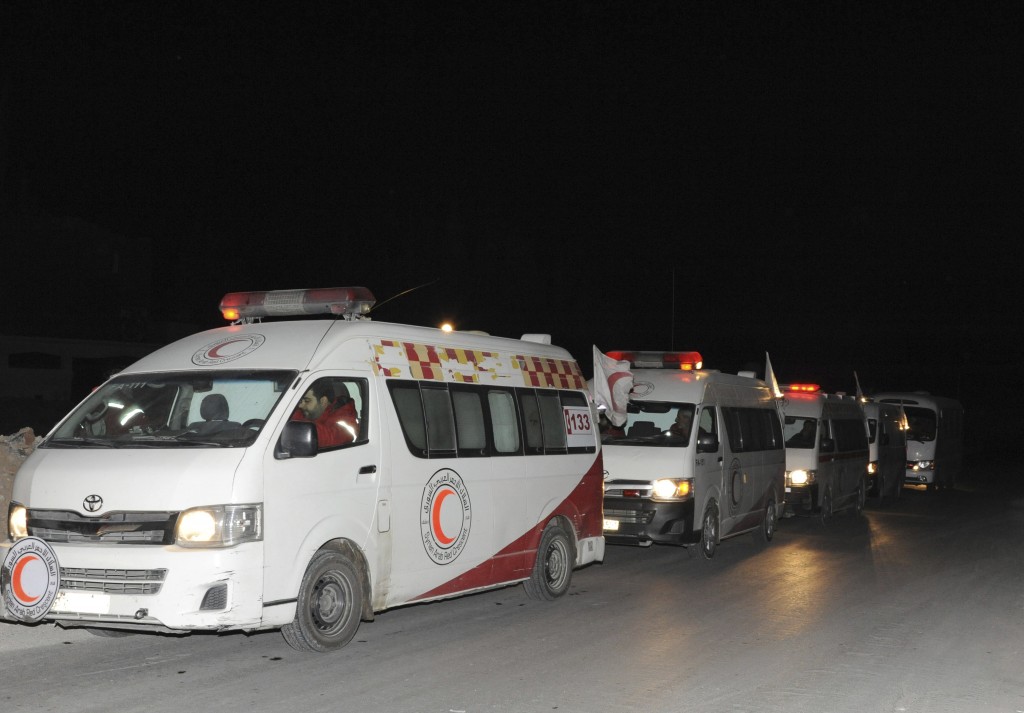 BEIRUT (AP) — The International Committee of the Red Cross says 12 more patients and their families have been evacuated from besieged rebel-held suburbs of the Syrian capital of Damascus.

The Army of Islam, a prominent rebel group in eastern Ghouta, said the critically ill are being evacuated as part of a deal that was conditional on it releasing an equivalent number of captives.