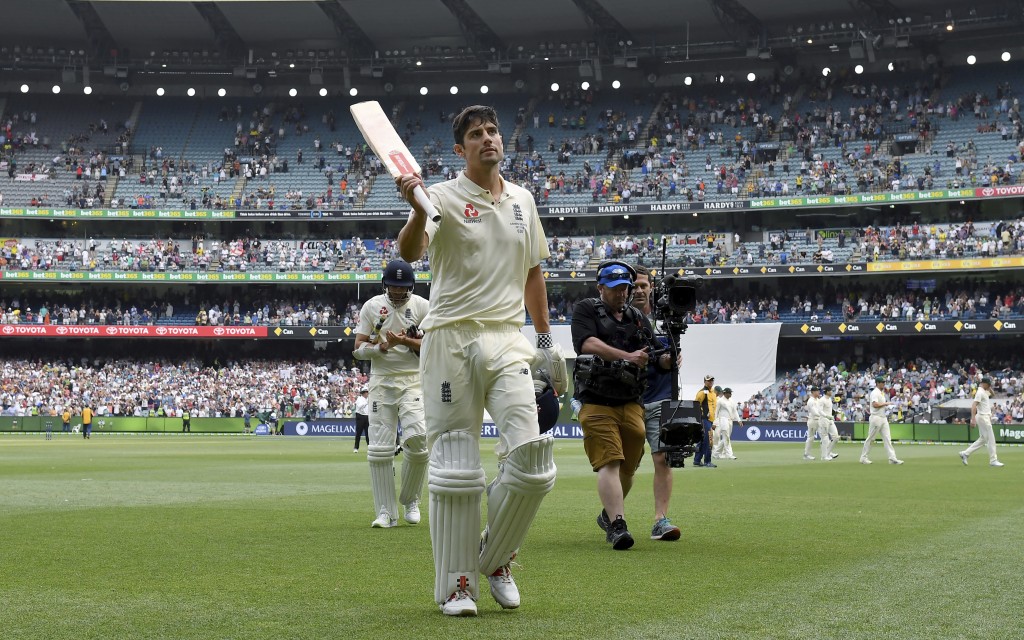 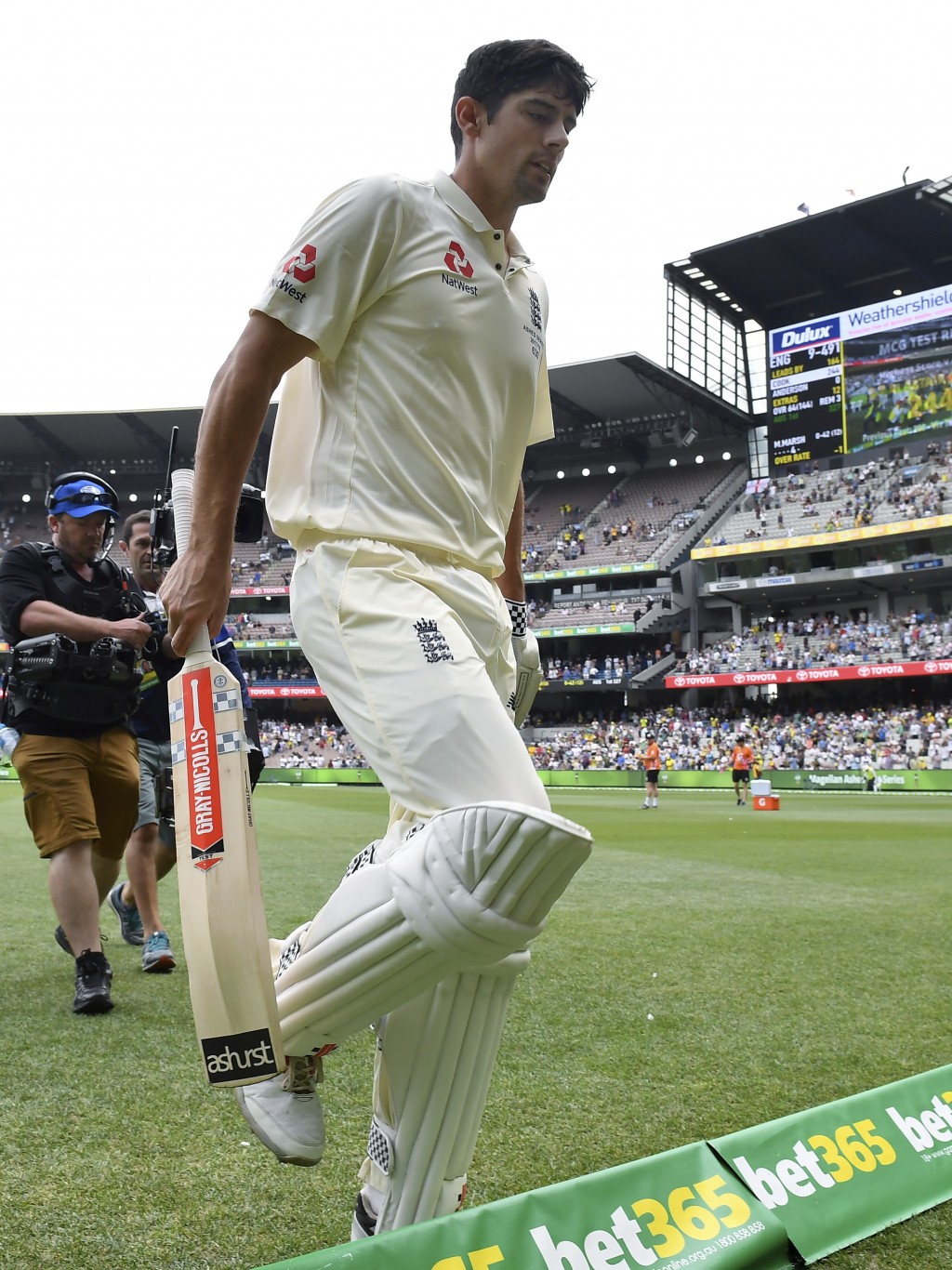 Badly out of form, Cook needed a big score in the fourth test against Australia and responded with an unbeaten 244. By his own admission, Cook required some help after just 83 runs from the first three tests. He got it.

Not only did the Melbourne Cricket Ground serve up a flat pitch perfectly made for his patient, straight-batting style, but Cook was also given two lives by Australian skipper Steve Smith.

Normally one of the safest catchers in cricket, Smith dropped Cook on 66 and 153 and the Englishman punished him for his mistakes with a master-class display of batting over 10 1/2 hours.

"I've doubted myself for 12 years and I'll probably continue to doubt myself," Cook said.

"Obviously the longer it goes, the harder it becomes.

"I suppose that's why I've been quite proud ... going to the well again and delivering a performance like that was pleasing. It's just a shame it's 3 1/2, four weeks too late but I'll have to live with that for a long time."

Cook has been setting records ever since he began his international career more than a decade ago but reeled off some big milestones on Thursday.

He became the first Englishman since Wally Hammond to score a double hundred at the MCG (in 1928) and his 244 not out is now the highest score made by any player against Australia in Melbourne, breaking the 208 Viv Richards made for the West Indies in 1984.

"I probably feel a bit sorry for Brian," Cook joked. "(But) it's obviously a special moment."

Cook's unbeaten 244 was his highest score against Australia and among his most significant as he carried his team to 491-9 in its first innings, a lead of 164 over Australia's first-innings 327.

Cook has seen nine batting partners come and go and, if James Anderson is dismissed on Friday and Cook is left stranded, he will become the first Englishman in 20 years to carry his bat in a test innings — and the first from any country to achieve the feat at the MCG, which hosted the inaugural test in 1877.

Cook said he was more interested in winning the game than personal achievements.

"I quite enjoyed listening to the Barmy Army singing their songs in the last session," Cook said.

"It's one of those things you get a few times in your career. You get into that bit of rhythm where time kind of just flies by.

"This tour, batting for half an hour has felt like two hours. But for some reason, whatever reason, the last 10 hours have gone quickly."