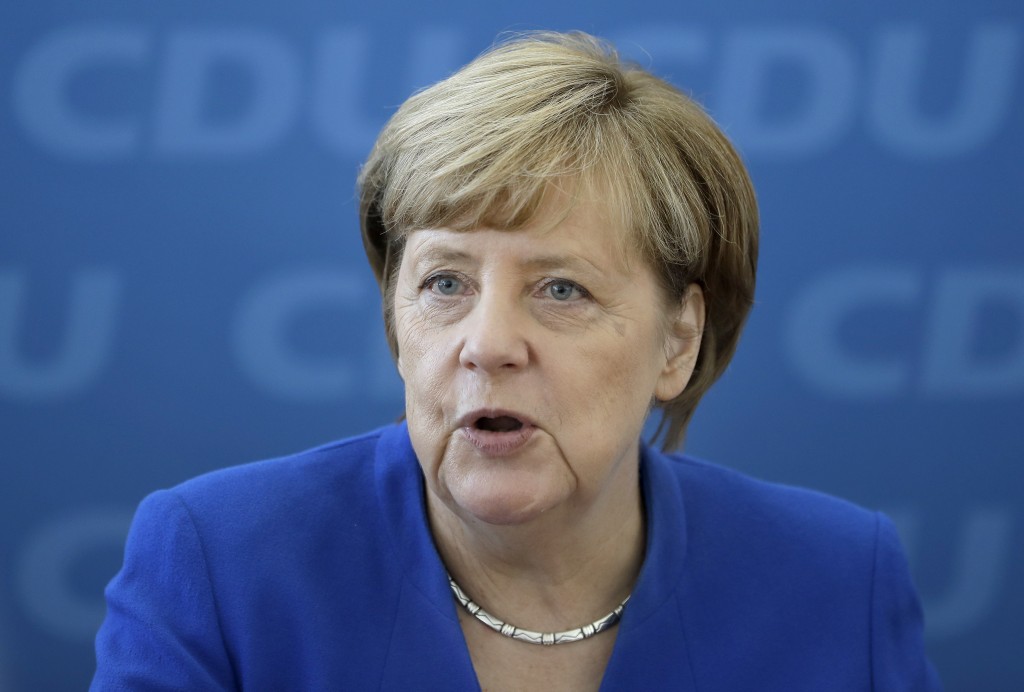 Merkel's Union bloc will begin talks Jan. 7 on a possible new government with the Social Democrats, her partners of the past four years. The Social Democrats ruled out a repeat after performing badly in September's election, but leaders reluctantly reconsidered after Merkel's talks with two smaller parties collapsed last month.

Reiner Hoffmann, the chairman of the German Trade Union Confederation, told Thursday's edition of the Tagesspiegel newspaper that the Social Democrats now have a chance to push through employee-friendly policies and use a small window of opportunity to reform the European Union. He says it would be a "big mistake" for the party not to take responsibility.