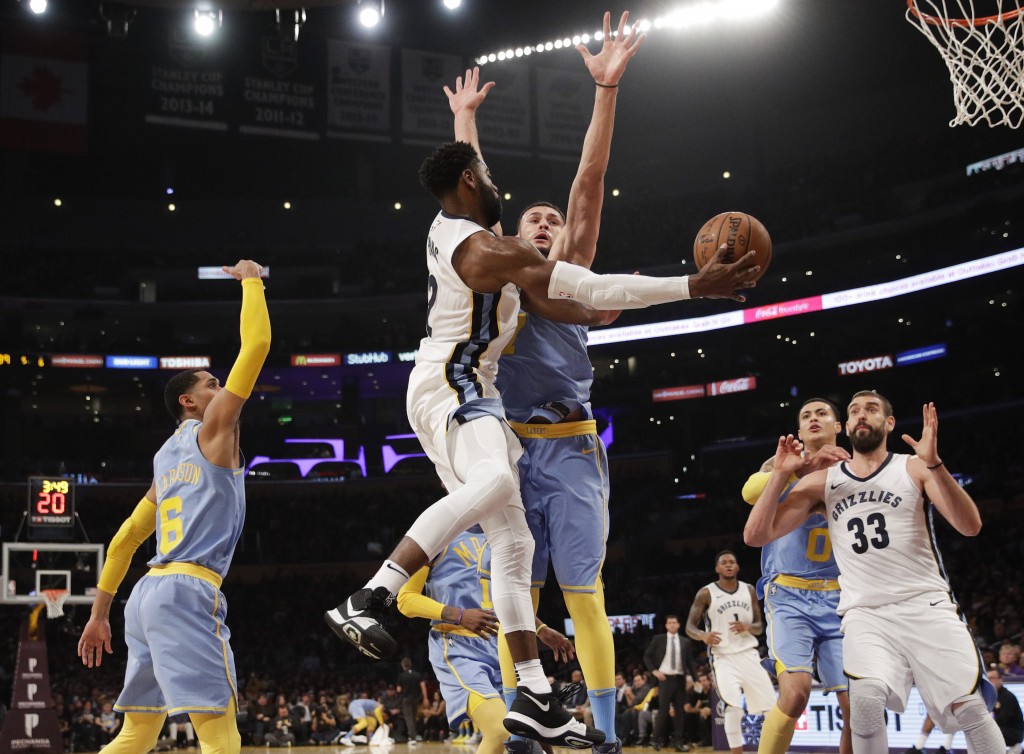 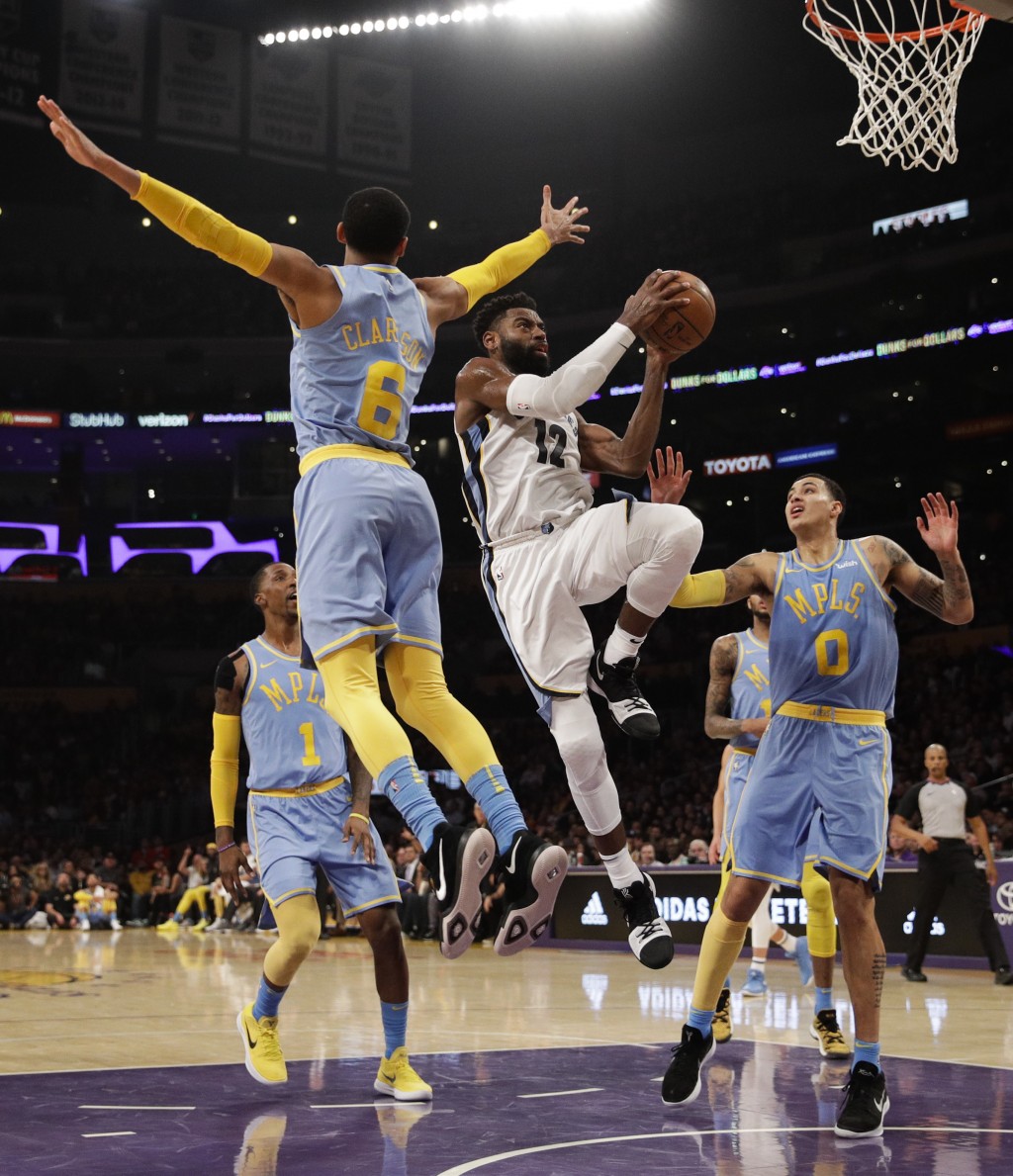 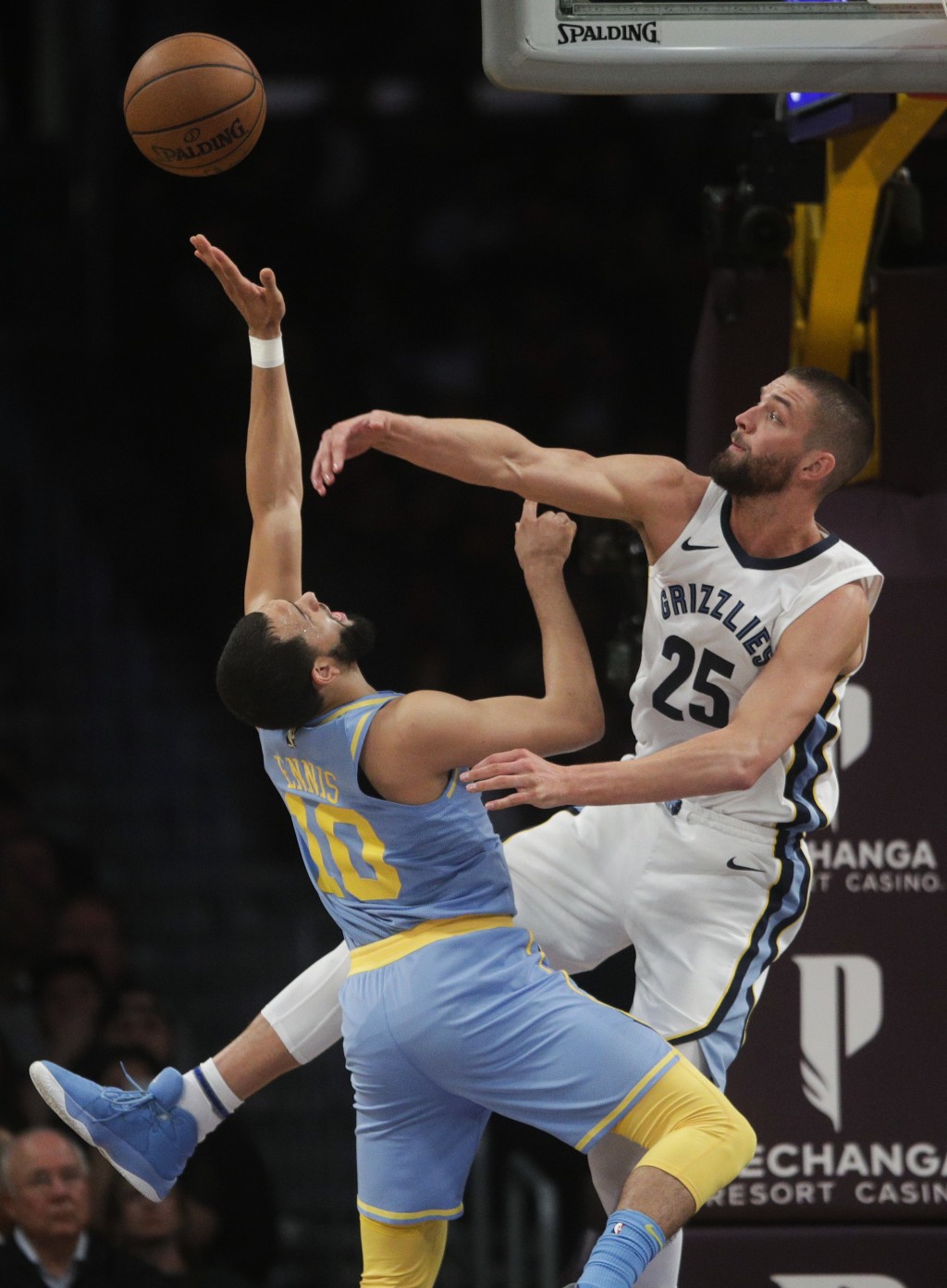 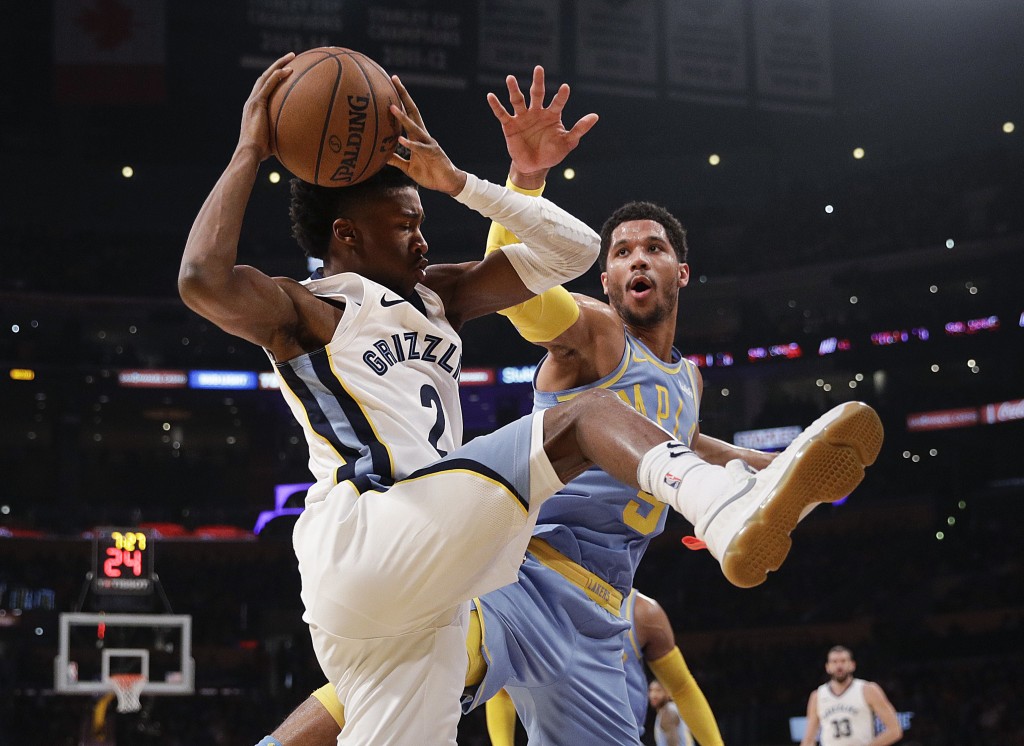 Jarell Martin added 20 points for the Grizzlies, who had lost four of five and were coming off their loss in Phoenix a night earlier on Tyson Chandler's dunk with 0.4 seconds left. Andrew Harrison scored 15 and Deyonta Davis had 14.

Brandon Ingram had 23 points for the Lakers, with Jordan Clarkson adding 22 and Kentavious Caldwell-Pope 16.

The Lakers shot 37.6 percent from the field and were just 21 of 33 from the free throw line. Rookie Kyle Kuzma, who scored 31 points on Christmas, was just 4 of 24 from the field.

The game was tied entering the fourth quarter, but the Grizzlies opened with a 13-3 run to take control.

Playing again without rookie point guard Lonzo Ball, the Lakers got off to a miserable shooting night, hitting just one of their first 10 field goal attempts.

Grizzlies: F Chandler Parsons, who's been battling a sore back and hasn't been playing in back-to-back games, was held out of Wednesday's game in Phoenix but played against the Lakers. ... Interim coach J.B. Bickerstaff said he wasn't concerned how his team would respond after losing to the Suns on the late lob: "It's frustration, but this team is resilient. It's a tough group mentally."

Lakers: Ingram was cleared to play after missing the past two games with a right quad bruise and left quad tendinitis. With Ball missing his second consecutive game with a left shoulder sprain, Lakers coach Luke Walton was grateful to get Ingram back. Said Walton: "He's the best we have at putting pressure on the rim."

Lakers: Return to Staples Center on Friday as the designated home team against the Clippers.