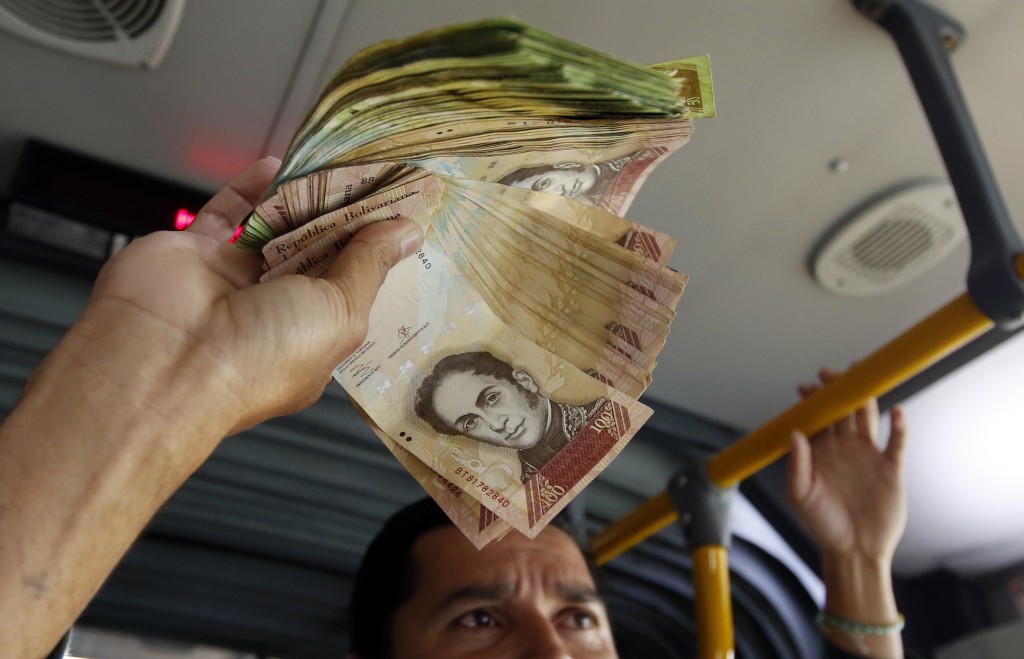 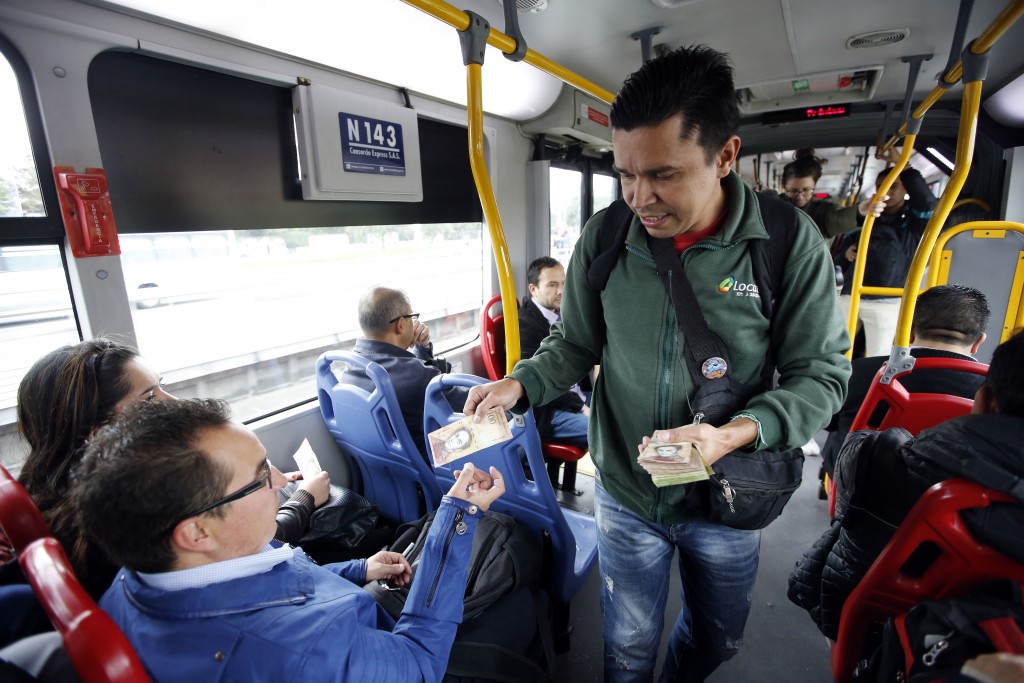 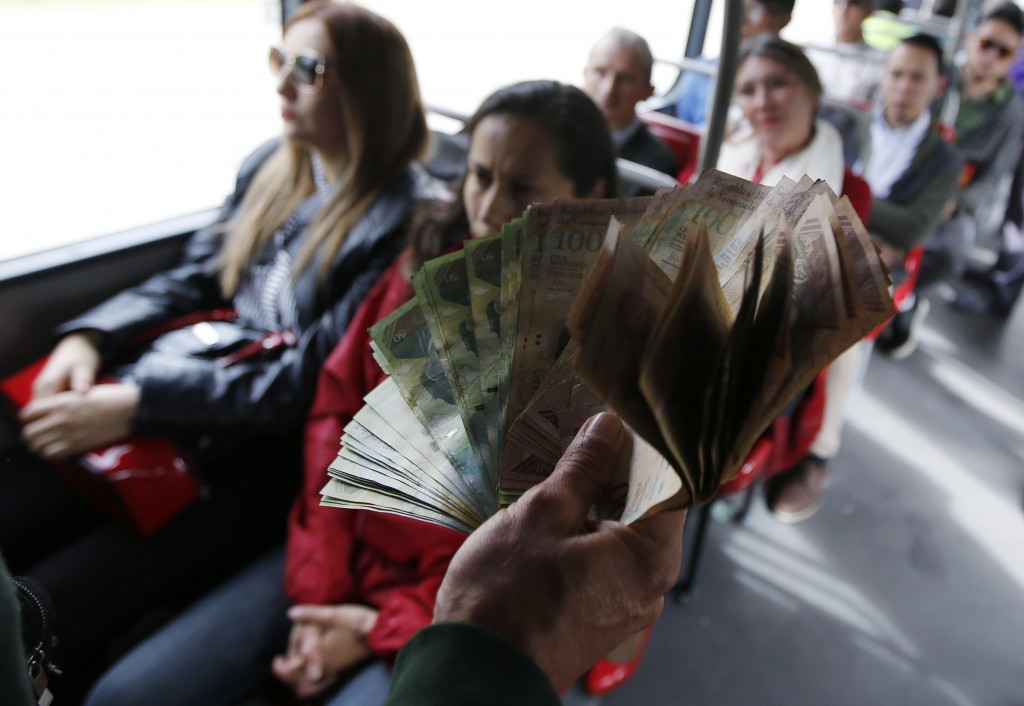 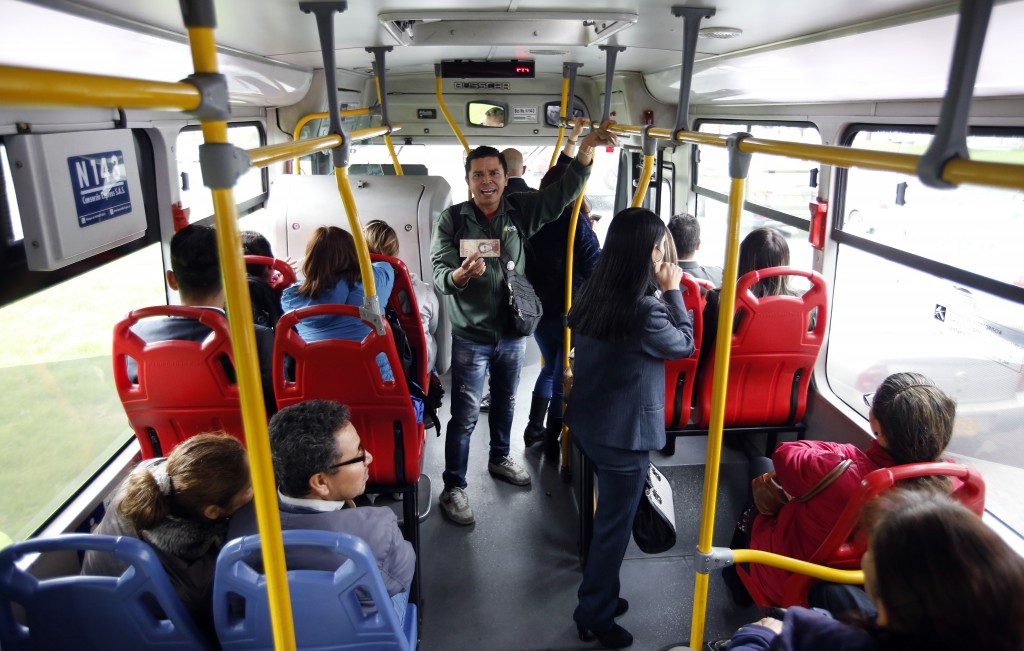 He holds up a thick wad of bolivars— the nearly worthless currency of his crisis-wracked homeland — and then asks for a small donation in exchange for each 100-bolivar note.

"Do you know what I can buy with this?" he says as the bus rumbles down a street in Bogota. "Absolutely nothing, gentlemen."

This creative stunt has become a common scene in Colombia as a record number of Venezuelans pour across the border in search of a better life, many of them having to scratch out livelihoods on the street.

An estimated 550,000 Venezuelans have migrated to Colombia, crossing a spottily policed 2,000-kilometer (1,242-mile) border. Of those, some 200,000 have come in just in the last six months, threatening to overwhelm Colombia's limited resources.

"No country is prepared to deal with an emerging phenomenon of this magnitude," said Julio Saez Beltran, an adviser at Colombia's Ministry of Health.

Venezuela, a country of 30 million people, sits atop the world's largest oil reserves, but has been suffering a political and economic meltdown since global crude prices fell dramatically three years ago. Shortages of food and medicine under the socialist rule of President Nicolas Maduro are dire, and Venezuelans struggle to afford basic goods and services with incomes that fall short.

With few jobs to go around in Colombia, some Venezuelans sell sweets and arepas, a traditional corn bread. Many of them turn up as panhandlers in the mass transit system.

Eager to find work abroad, Gutierrez, 32, arrived in October with his wife, baby daughter, and a backpack crammed with 2 million bolivars that he saved up.

But the stash of bills is worth just $20 on Venezuela's commonly used black market, so he kept it. And when no job offers came his way, he started hopping on buses to sell the currency as novelty items.

It works. Selling bolivar notes can earn him roughly $20 in a day — the same amount of cash he brought to Colombia in his backpack.

Still, Colombian officials fear the mass migration of Venezuelans will take a toll on this country, which struggles to provide for its own people.

"If the Colombian population already has difficulties getting access to basic services, with another 600,000 people, it is going to be very difficult," said Jozef Merkx, the country representative of the United Nations.

Officials fear the inflow from Venezuela isn't slowing, and see little hope for an end to Venezuela's deepening troubles, which include an inflation rate expected to top 2,000 percent by the end of the year.

Noe Bustillos, 24, also recently fled Venezuela's crisis. She arrived in Colombia five months ago with her husband and baby and raised money by selling bolivars on buses until the family's supply ran out.

Her husband then sold cookies with their baby in his arms before going to his part-time job making home deliveries for a restaurant.

"Venezuelans are all over the world," Bustillos said. "Those of us who leave the country are the warriors who won't settle for eating once a day."