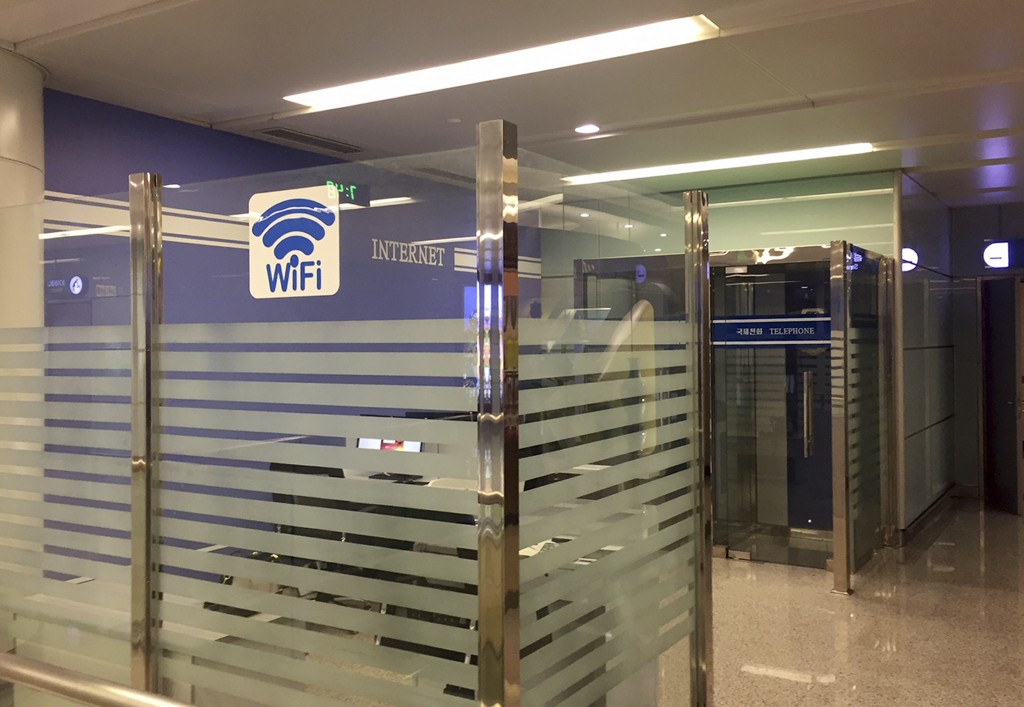 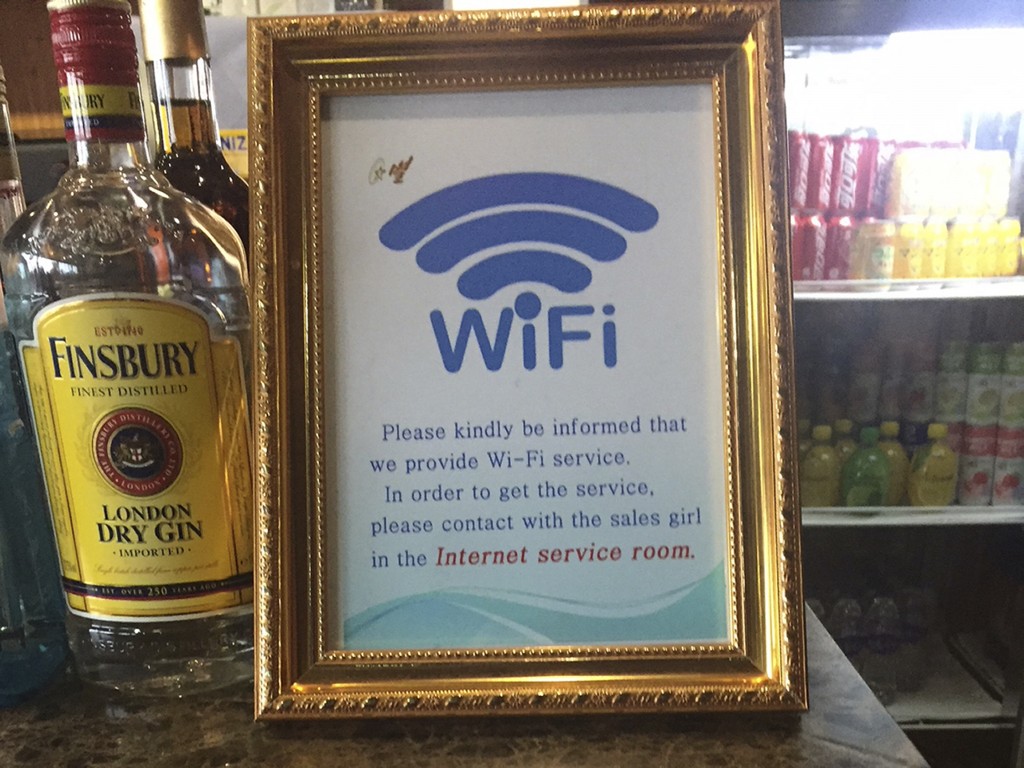 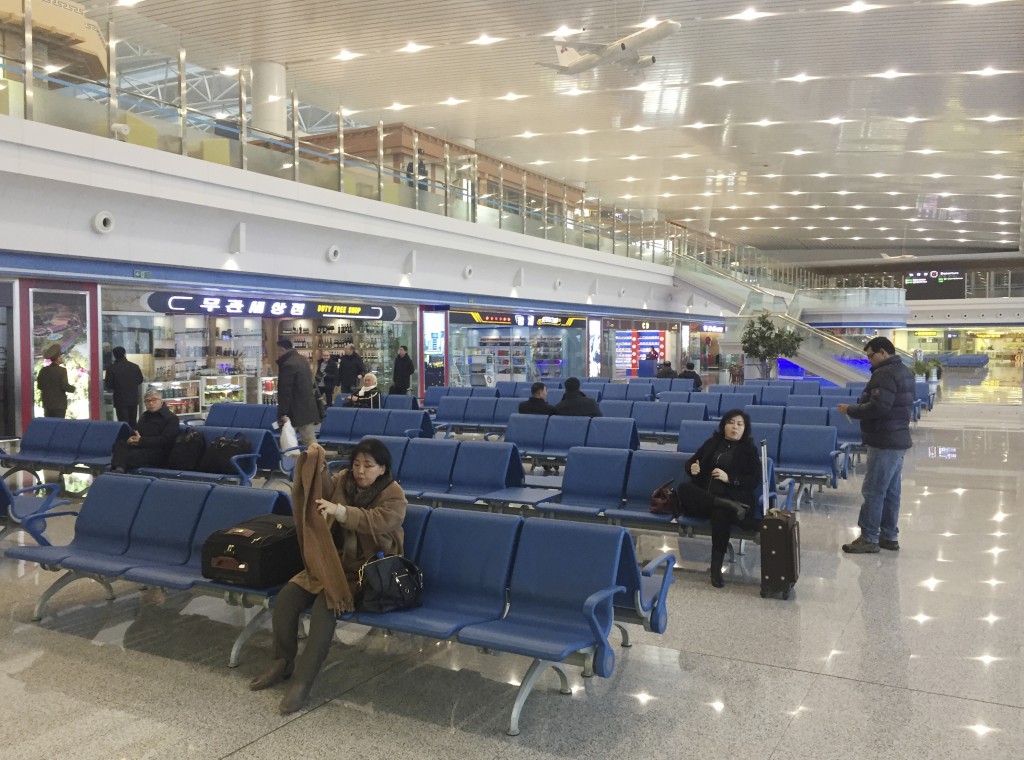 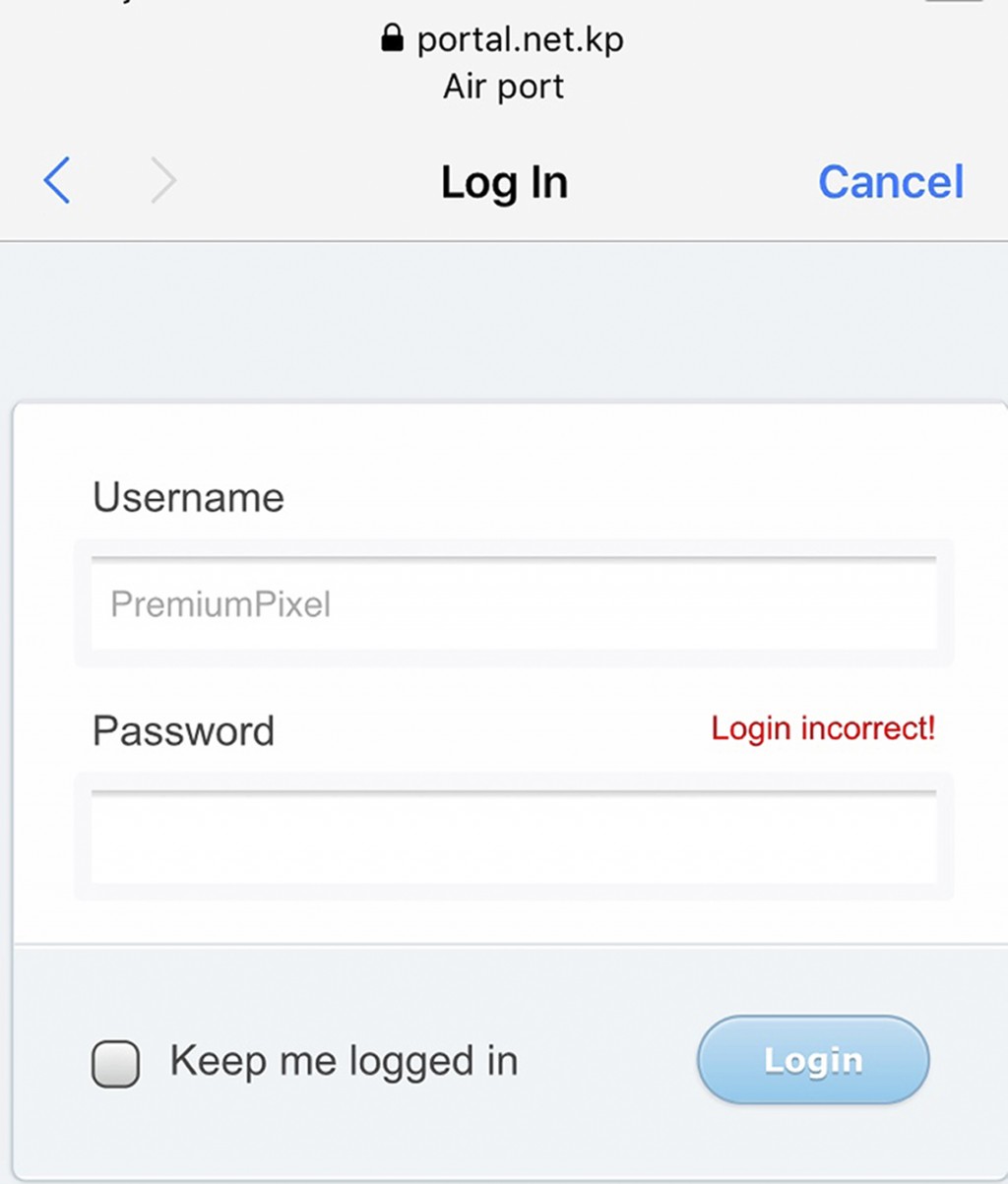 PYONGYANG, North Korea (AP) — North Korea is one of the least Wi-Fi-friendly countries in the world. Having a device that emits Wi-Fi signals can result in detention and a major fine. Worse, if you are a North Korean. Public use of the internet is a concept that just makes North Korean officials really nervous.

North Korea's main internet provider appears to have put up a Wi-Fi trial balloon at the international departure area of Pyongyang's airport. It's a logical place to start. The service is only available, or even visible, to travelers who have already cleared customs, which included me last week. So, noticing the new sign with the familiar Wi-Fi logo in the internet corner of the departures lobby, I decided to give it a whirl.

My flight was fogged in, so I had some extra time. I didn't expect much. The internet corner, with a handful of terminals, opened in 2015, but I have yet to see anyone actually using it. The first time I tried, there were no attendants available and no keyboards for the desktops.

This experience was different. The young woman staffing the internet service area told me I could use the Wi-Fi for 30 minutes if I paid $2. She took down my passport number and gave me a slip of paper with a username and password. The signal was strongest near the coffee shop, where the router is, so she suggested I log on there.

I tried. Several times. The login was incorrect, according to a screen message.

I went back to the internet corner and asked for help. The attendant apologetically came with me to the coffee shop and we tried it together. No luck. She asked me to wait, then came back with a new username. It didn't work. She called her supervisor on her cellphone. We tried again.

The final screen message we got before giving up was that the page could not be opened. The attendant took me back to the internet corner and refunded my $2.

None of this came as a particular shock. Airport Wi-Fi can be more aspirational than functional in a lot of places. I've had essentially the same issues in Beijing, minus any helpful attendants. In a way, it was also a relief. Logging on to any unfamiliar Wi-Fi network, especially at an airport, opens a phone up to all kinds of hacking mischief.

Still, the Pyongyang airport Wi-Fi IP address that appeared on my phone would be logical for a private network. And I was getting three bars when I was at the coffee shop, meaning something was indeed out there.

Moreover, the attendant seemed genuinely helpful. She did pretty much what anyone would do in a similar situation with a customer and clearly expected we would be able fix the problem and log on. She also offered to let me use the internet on one of the desktop terminals, suggesting that is now actually functional, too.

Maybe some kinks need to be worked out. Contrary to popular belief, not everything in North Korea is fake.

But then again, some things certainly are.

It could be the Wi-Fi is like the airport's still new ATMs — the lights are on, at least sometimes, but they have never completed a transaction as far as anyone I know can tell. Or they could be like the brand new coffee vending machine in the arrivals area. Despite its own instructions, for the life of me, I couldn't find a slot on the machine to insert my money or any indication of how much it would cost.

Alas, I had to catch my plane without checking my email.

I'll try again next time, if it's still there.

Eric Talmadge, the AP's Pyongyang bureau chief since 2013, has flown in and out of the North Korean capital's airport dozens of times. Follow him on Twitter and Instagram: @erictalmadge