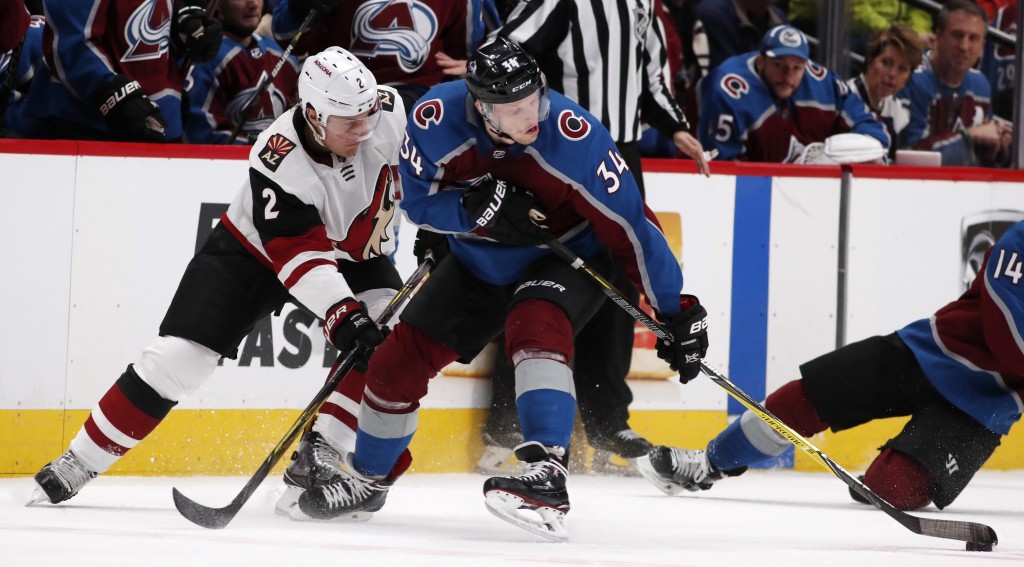 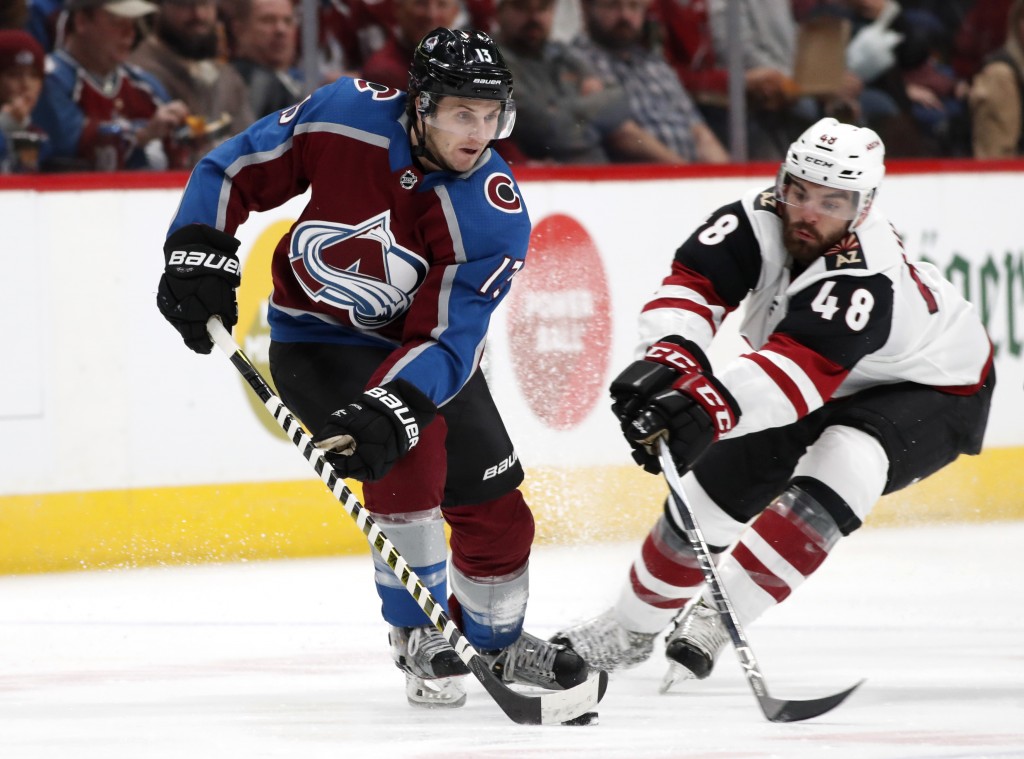 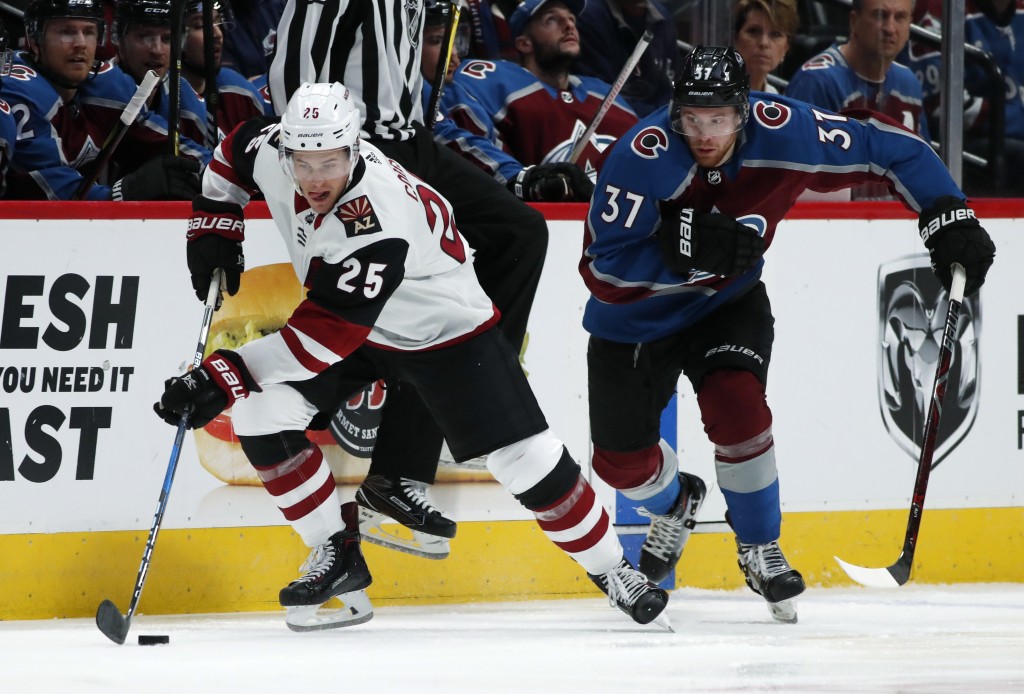 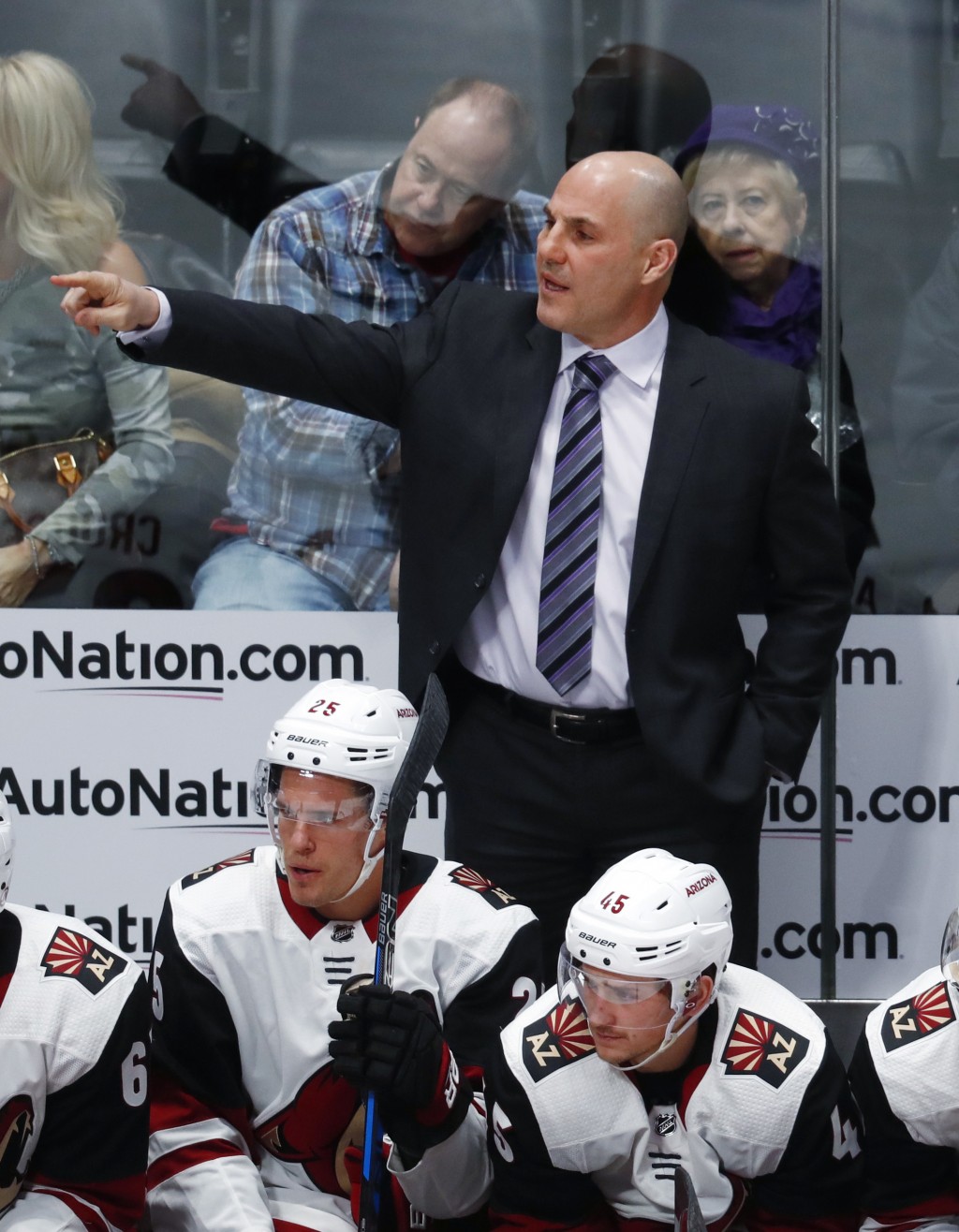 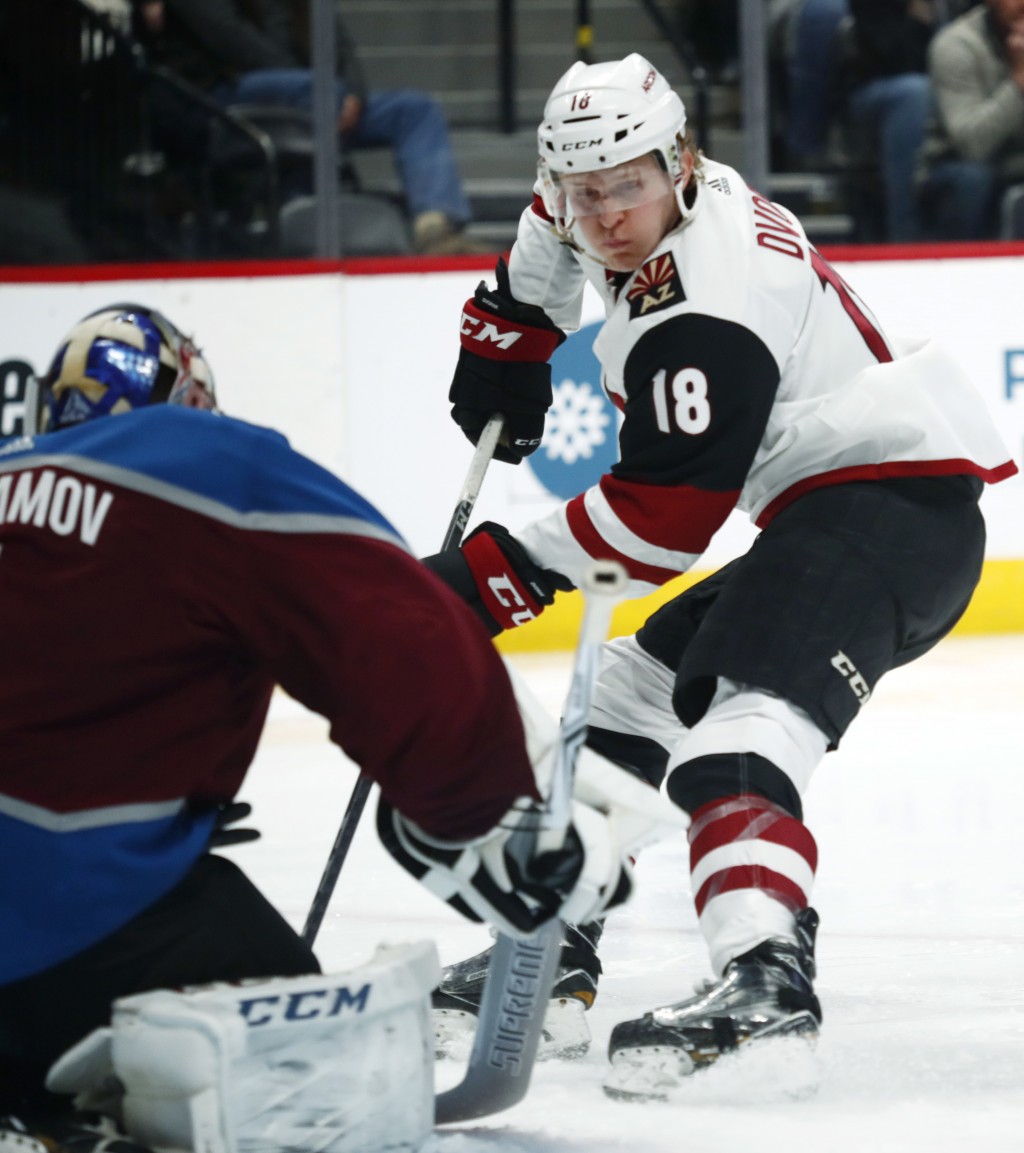 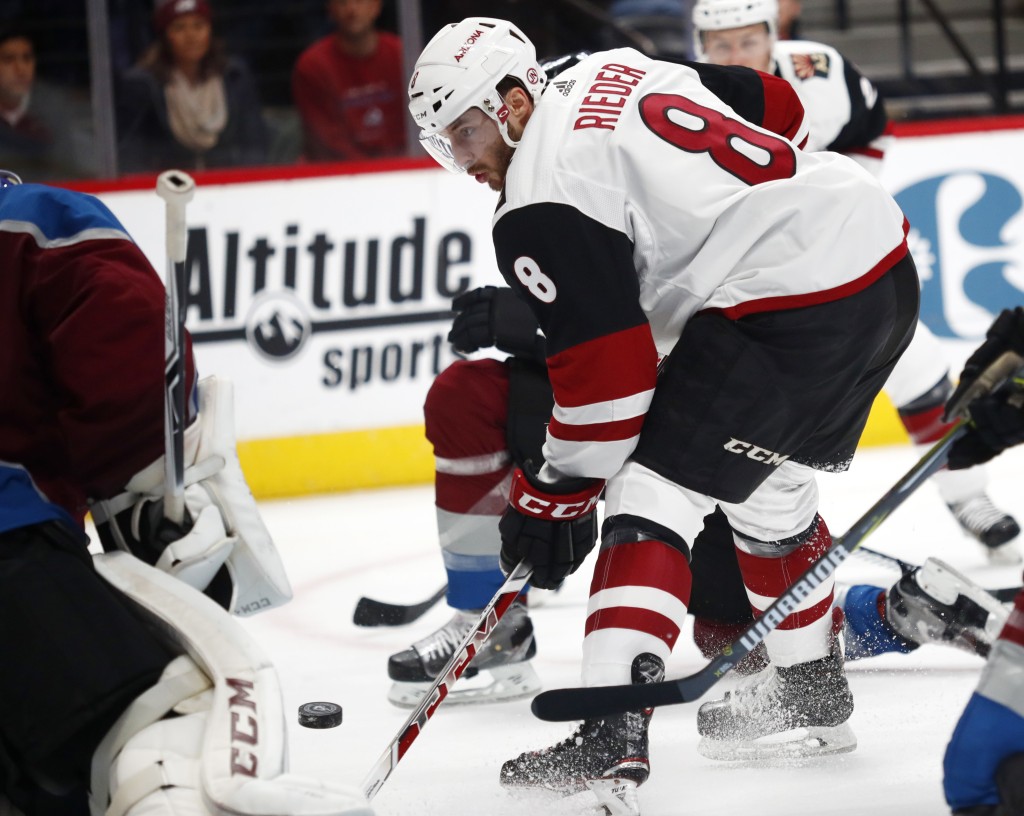 Tobias Rieder scored 54 seconds into the game and Antti Raanta stopped 25 shots for the Coyotes, who won for only the second time in 10 games. Lawson Crouse added his first goal of the season with 4:25 remaining.

Arizona fell to Colorado 6-2 on Saturday prior to the NHL's three-day break.

Goligoski put the Coyotes ahead for good 10:34 into the second with his fourth goal of the season. Off a Colorado turnover, Clayton Keller pushed up the ice and fed Goligoski, who beat Colorado goalie Semyon Varlamov from the circle.

Arizona won despite going 0 for 4 on the power play and failing to score on a 5-on-3 chance that lasted 1:53. Colorado's penalty kill has not allowed a goal in its last 28 chances.

Varlamov stopped 24 shots as the Avalanche failed to record at least a point for just the third time in nine games. Mikko Rantanen added his 11th goal of the season.

Colorado was outshot 20-13 through two periods but came out firing in the third. Matt Nieto hit the crossbar 2:05 into the period and Nathan MacKinnon was denied on a breakaway chance at the 5:10 mark. Nikita Zadorov hit the crossbar with 7:05 remaining.

Earlier, Rieder scored his sixth goal of the season to put Arizona up 1-0 in the first minute. Varlamov lost track of the puck behind the net as Brendan Perlini sent a pass in front to Rieder, who scored glove-side with Varlamov facing the opposite direction.

Colorado tied things at 1-1 3:56 into the first on Rantanen's one-timer.

Arizona C Zac Rinaldo has been suspended six games for punching Colorado's Samuel Girard. Rinaldo was expected to take part in a phone hearing Wednesday with the NHL after waiving his right to have an in-person hearing. The league's player safety department announced his suspension with a tweet about an hour before Wednesday's game. . Avalanche D Tyson Barrie is expected to undergo surgery on Thursday for a broken bone in his right hand and will be out four to six weeks. Barrie left Saturday's game early in the first period after he blocked a shot with his hand.

Colorado: Will host the Maple Leaves on Friday.