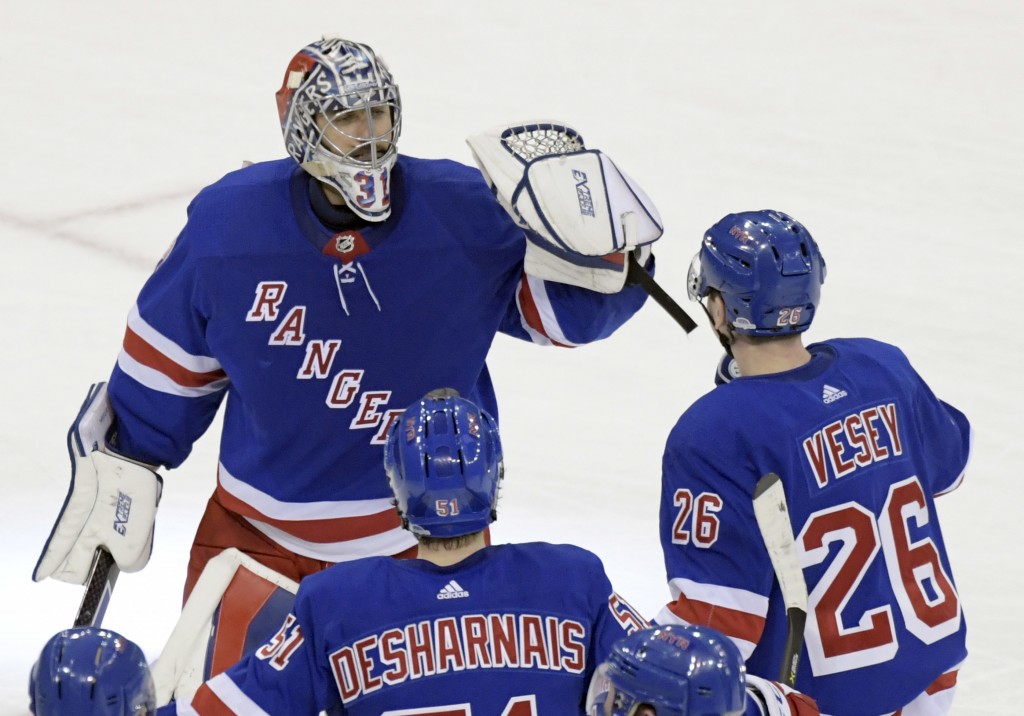 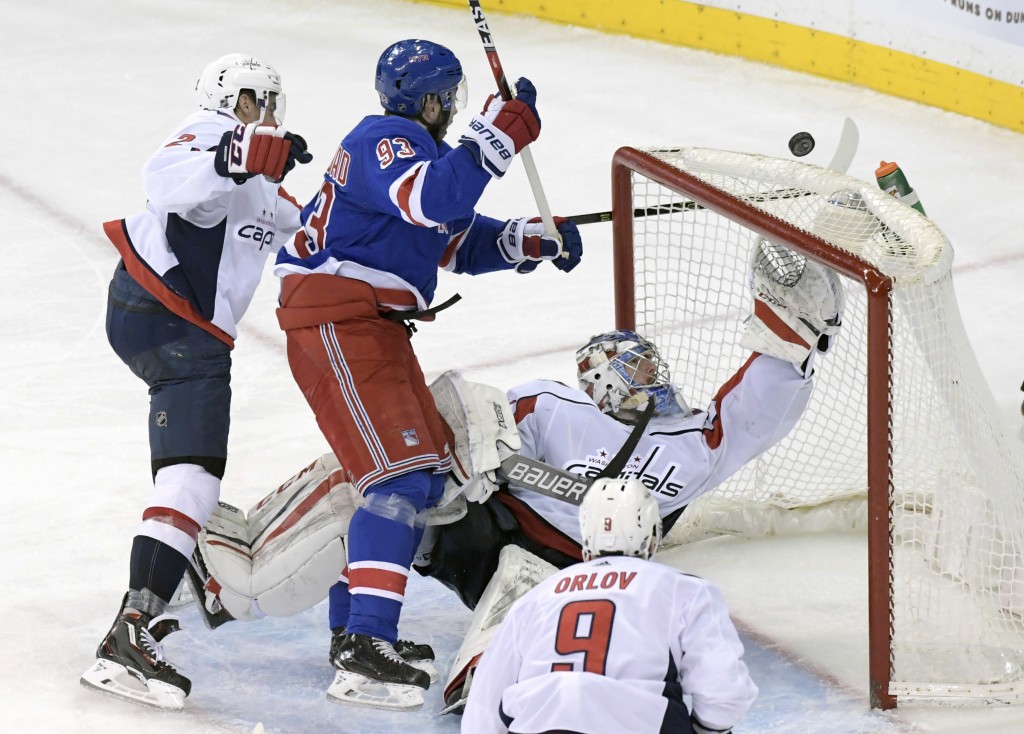 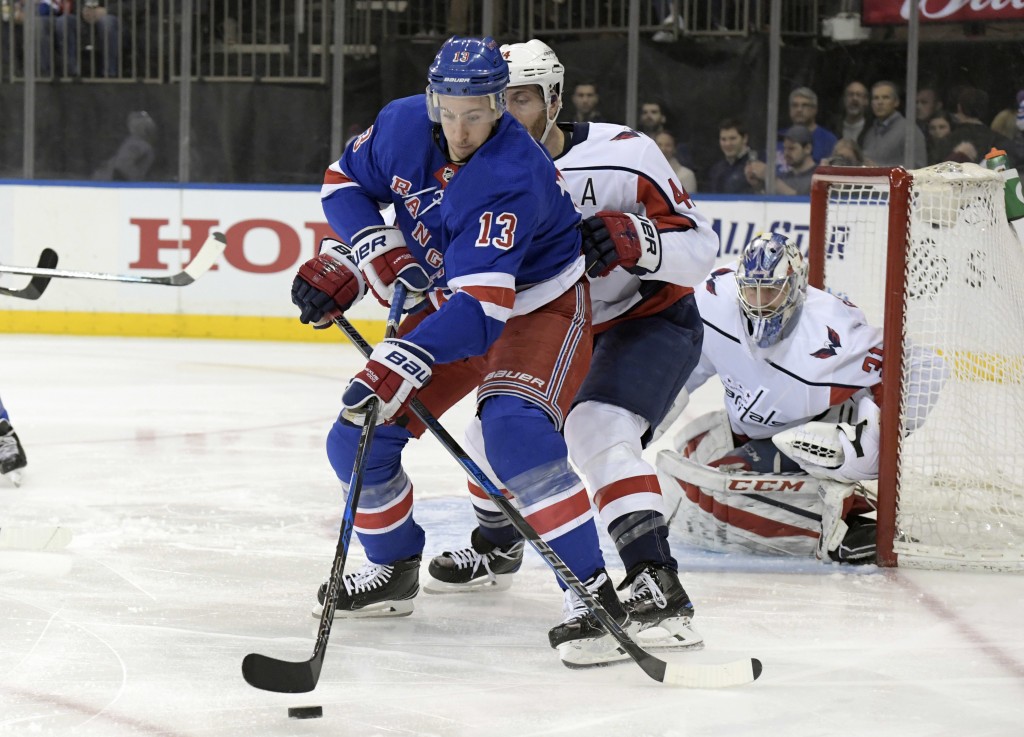 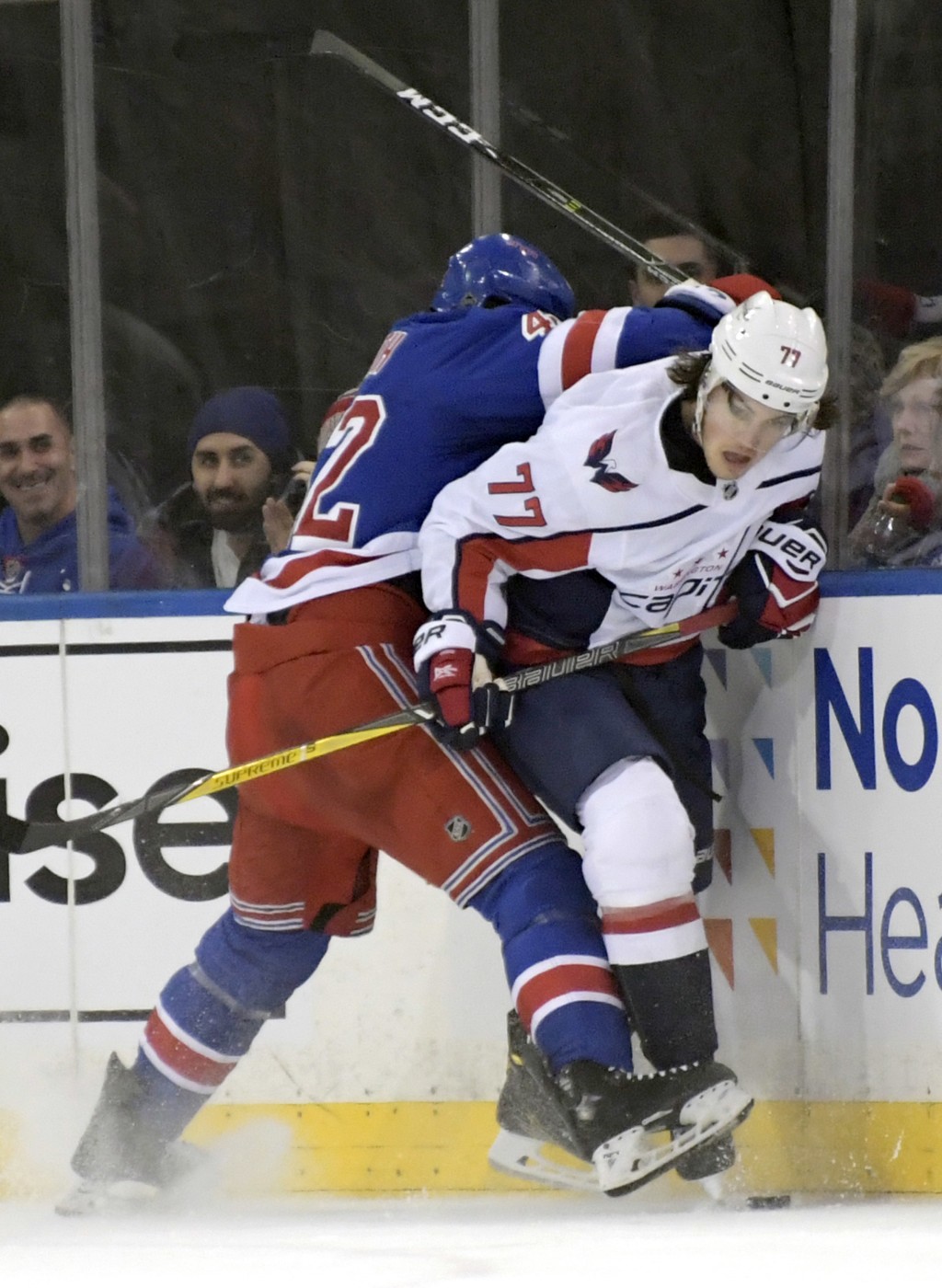 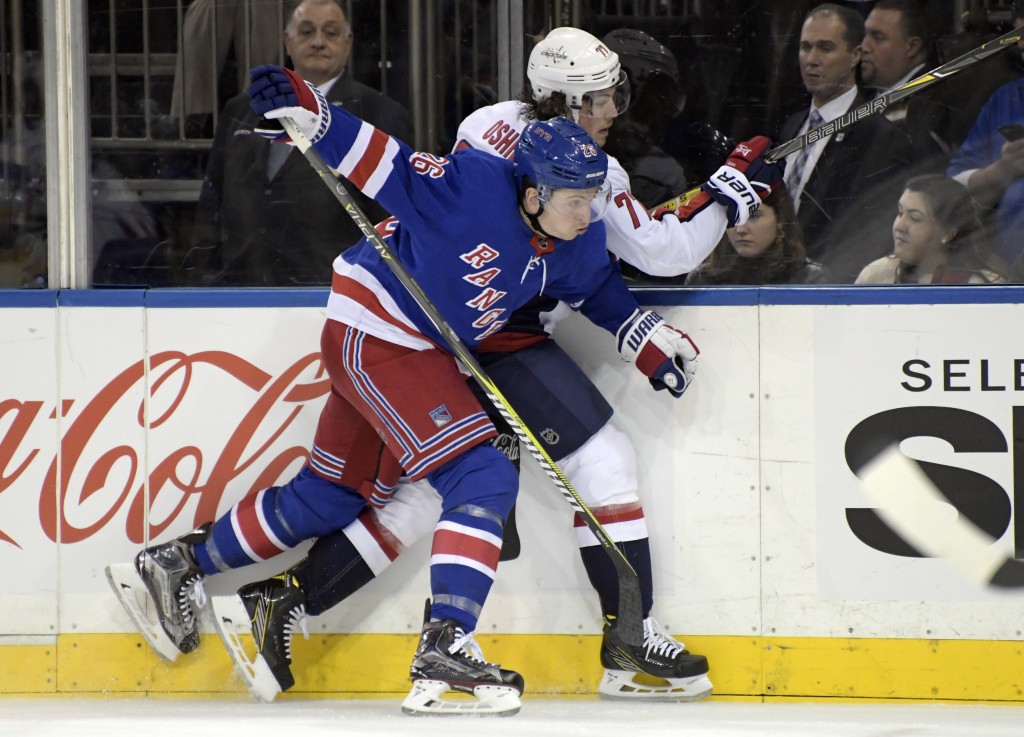 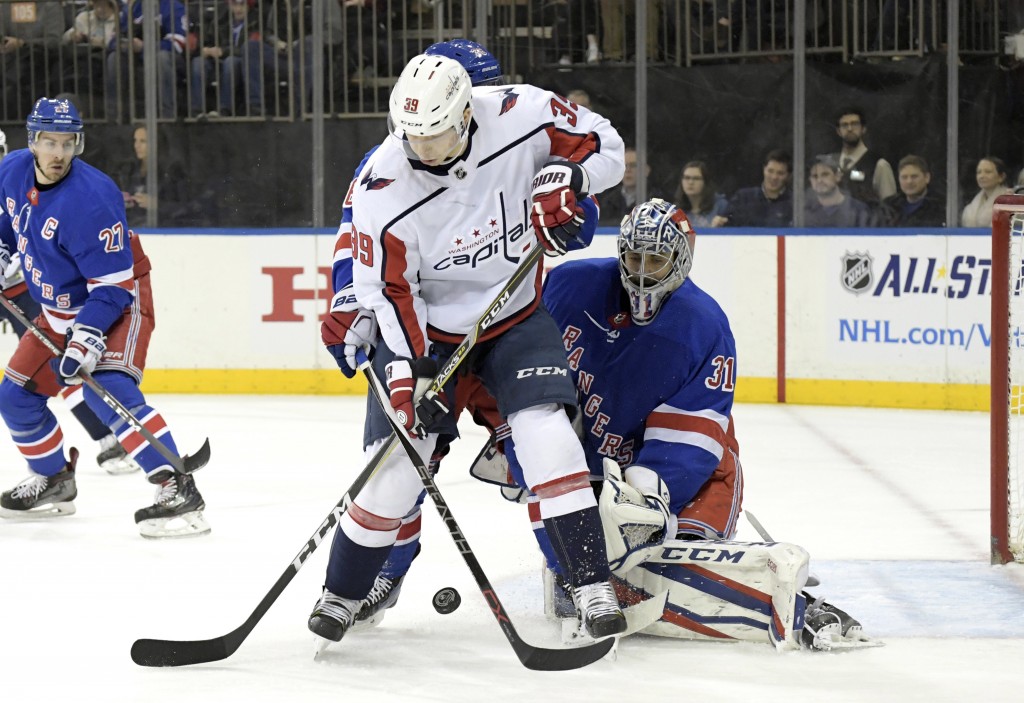 NEW YORK (AP) — Mats Zuccarello and Mika Zibanejad scored in the shootout to lift the New York Rangers to a 1-0 victory over the Washington Capitals on Wednesday night.

Ondrej Pavelec stopped all 30 shots he faced through overtime and both Washington skaters in the tiebreaker. His first shutout of the season and the 18th of his career helped the Rangers improve to 4-1-1 in their last six games.

After neither team could get anything past the backup goalies through 65 minutes, Zuccarello finally put one past Grubauer on the first shootout attempt as he skated in, moved to the right and beat the Washington goalie with a backhand. Pavelec then stopped T.J. Oshie and, after Zibanejad also beat Grubauer from the right side, the Rangers' goalie denied Alex Ovechkin to secure the win.

Both teams had good chances in overtime, and each one hit a post. Pavelec stopped Oshie on a backhand in front 20 seconds into the extra period, and Grubauer denied J.T. Miller's wrist shot a minute later. The Rangers went on the power play when Ovechkin was whistled for tripping Miller with 25 seconds left, but couldn't get a shot on goal.

Capitals defenseman John Carlson sent the puck through an empty crease on a wraparound attempt, but it hit the far post and stayed out. Zibanejad hit a post just before the horn.

The Rangers outshot the Capitals 14-3 in the first 10:15 of the third but couldn't beat Grubauer. New York had numerous chances from in close in the opening minutes of the period, including a backhander by Michael Grabner, a tip by Miller and a wrist shot by Kevin Hayes in the first 30 seconds.

Zuccarello had two tries about a minute in, and Brendan Smith followed 40 seconds after those.

Rick Nash was wide from the right doorstep near the 3-minute mark and then was stopped on a tip 15 seconds later. Grubauer again made a flurry of saves about 8 1/2 minutes in, starting with a stick save on Zibanejad on a 2-on-1, and then a follow attempt by Nash and a slap shot by Zibanejad.

Pavelec stopped Ovechkin's shot from the inside edge of the left circle with seven seconds remaining to send the game to overtime.

After the Rangers pushed the pace in the opening period, the Capitals picked it up in the second and had a 13-8 advantage in shots,

Pavelec made a left pad save on a sharp-angle shot by Oshie nearly two minutes into the middle period, stopped consecutive backhand attempts in front by Alex Chiasson seven minutes in, and denied Christian Djoos on an in-close try a little more than a minute later. Pavelec then saved tips by Jakub Vrana just past the midpoint of the period and Nicklas Backstrom about 90 seconds later.

Vrana also had a shot from the right side in front stopped with 4:40 to go, and Ovechkin was denied on a snap shot from the left circle less than 10 seconds later.

Grubauer made saves on a snap shot by Zuccarello from the right circle about five minutes into the second, an attempt in front by Boo Nieves a minute later, and a shot by Grabner from the left circle with about three minutes to go. New York also shot wide on several chances.

The Rangers controlled play for much of the fast-paced opening period. New York had a 7-2 advantage in shots through the first 11 1/2 minutes and finished the period with a 10-8 edge.

Nash got a shot past Grubauer with about 4 1/2 minutes left but it clanged off the post.

NOTES: Djoos was hit in the face by the puck with about eight minutes remaining in the third period. He quickly got up and skated off the ice to get stitches. ... Washington won the teams' first matchup, 4-2 at home on Dec. 8. They meet two more times, in a home-and-home set — March 26 at New York and March 28 at Washington. ... Rangers captain Ryan McDonagh played in his 500th career game. ... The Rangers announced at the start of the second period that Chris Kreider was out for the rest of the game. ... Rangers coach Alain Vigneault got his 634th career win, tying Darryl Sutter for 11th place on the NHL list.

Rangers: At the Detroit Red Wings on Friday night before returning to New York to face Buffalo in the Winter Classic on Monday at Citi Field, home of the New York Mets.