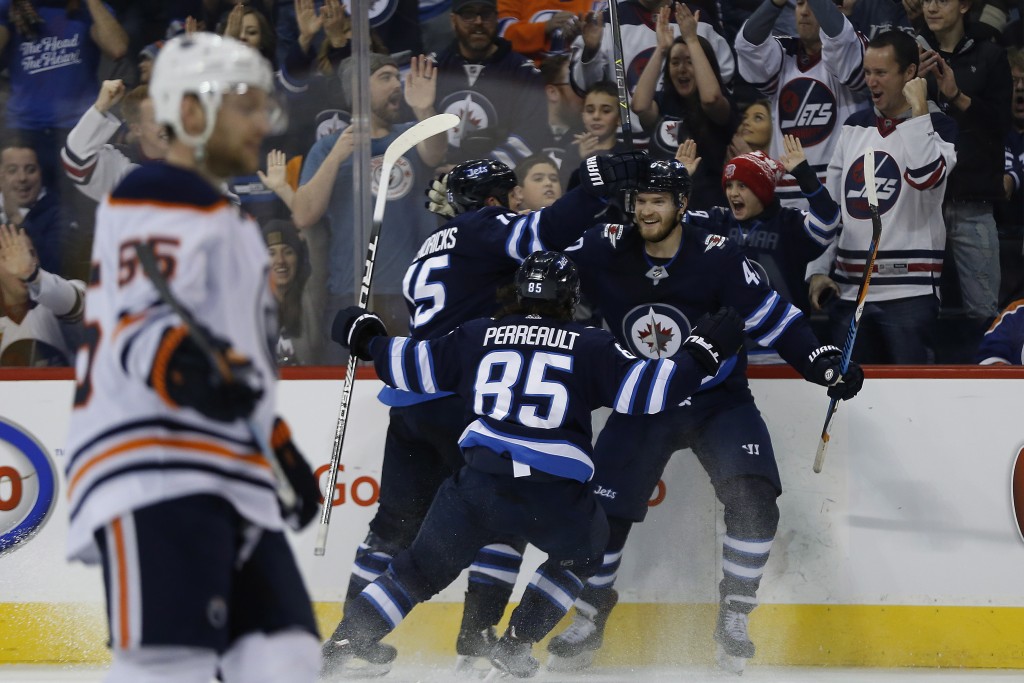 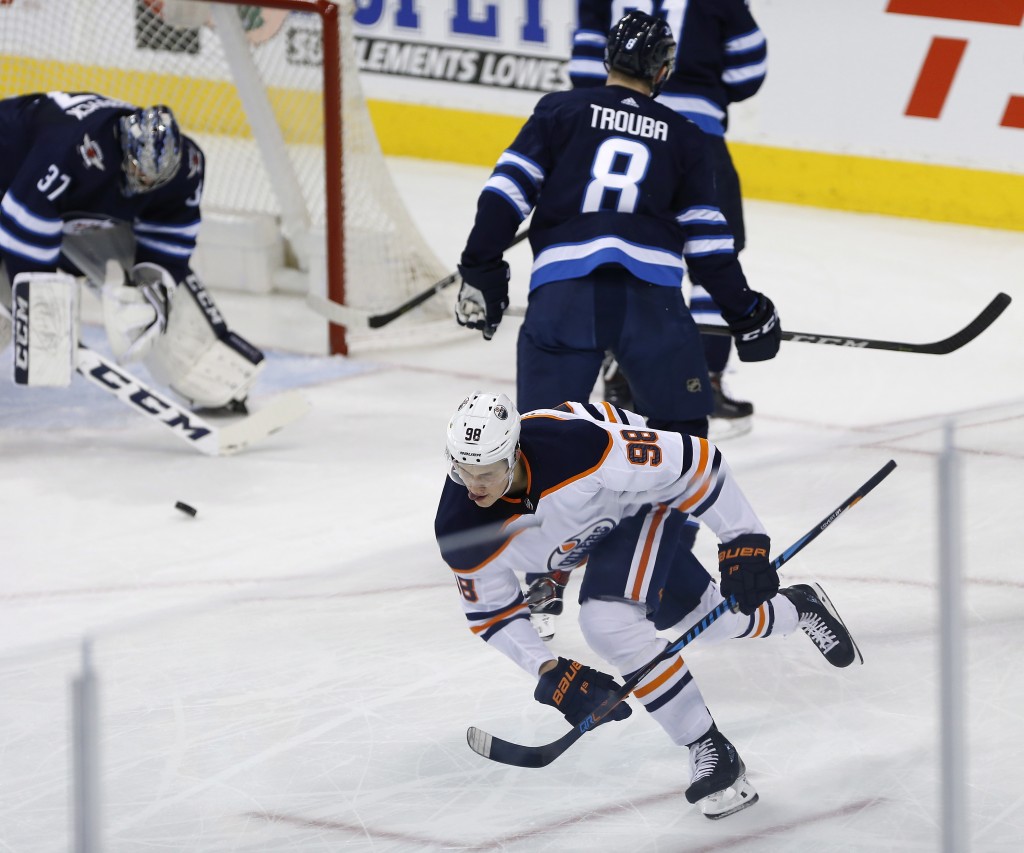 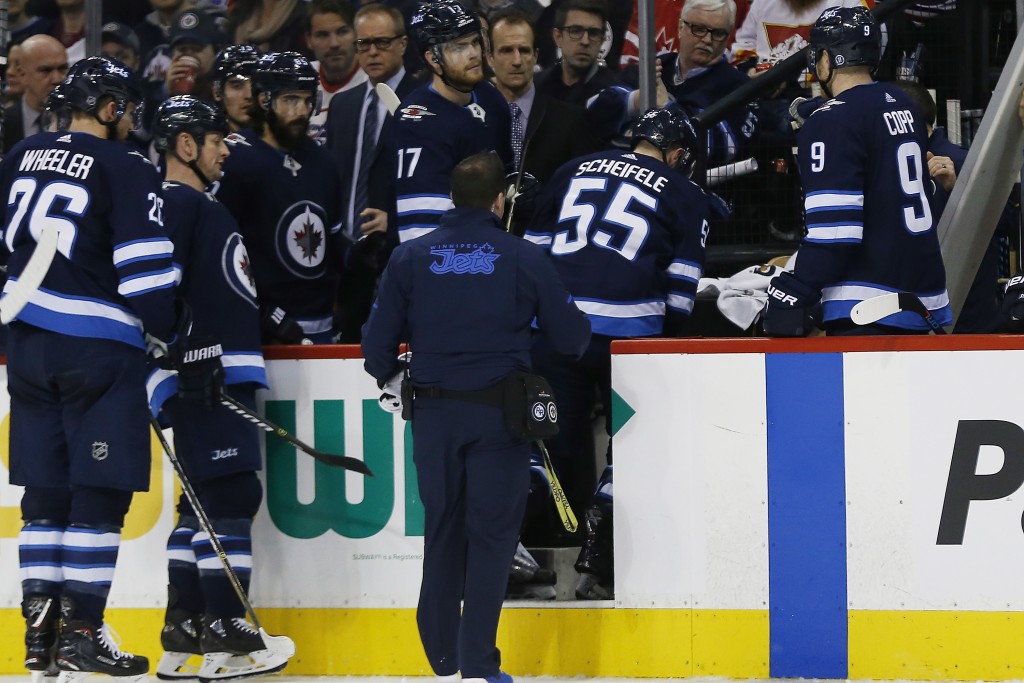 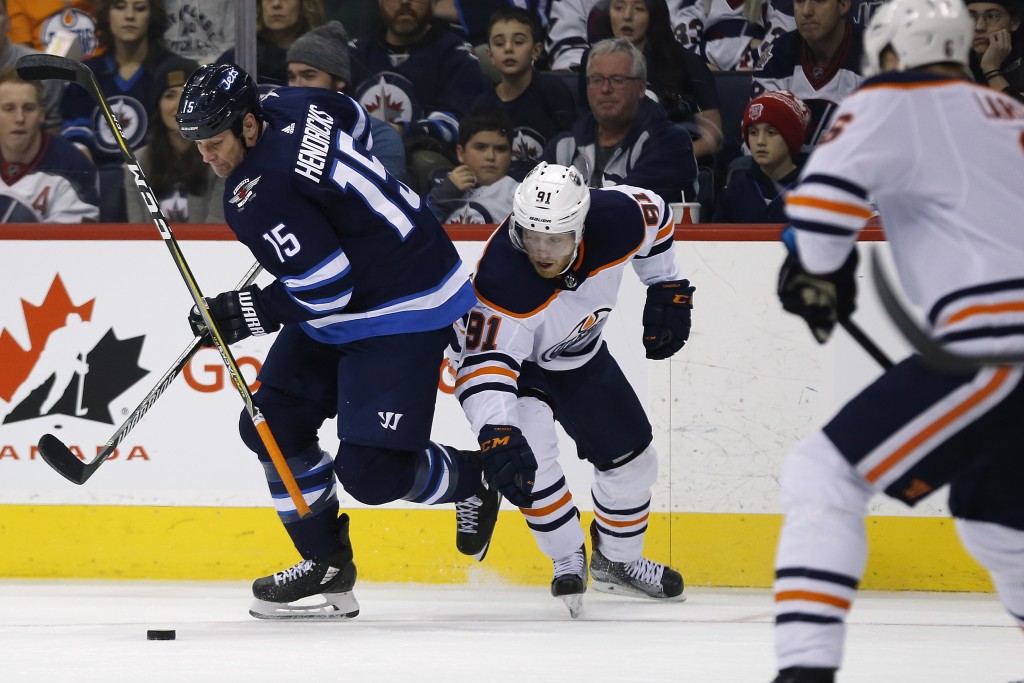 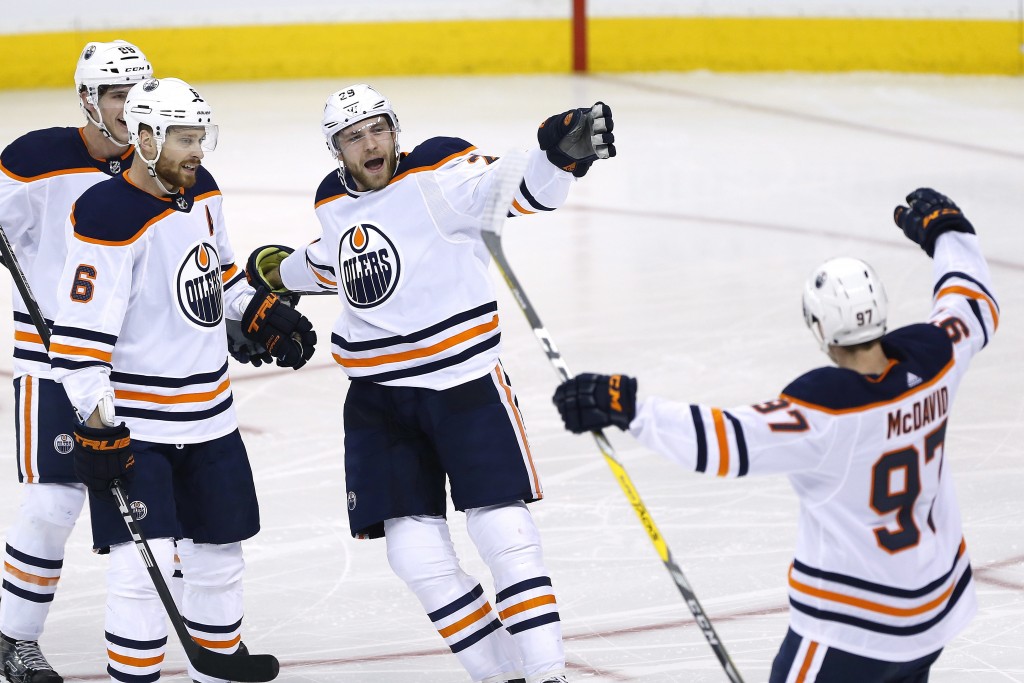 Leon Draisaitl had a goal and an assist for the Oilers, extending his point streak to five games. Jesse Puljujarvi and Jujhar Khaira also had a goal each, and Connor McDavid added a pair of assists.

Connor Hellebuyck made 21 saves for the Jets, who are 13-3-1 at home. Cam Talbot stopped 35 shots for the Oilers. He went into the game having won his past seven starts.

The teams were tied 2-2 after the first period, and Winnipeg led 4-3 after the middle frame.

McDavid made a slick move to set up Draisaitl for a short-handed goal 10 seconds after teammate Darnell Nurse went to the penalty box for tripping in the first.

After Jets defenseman Jacob Trouba couldn't keep the puck in Edmonton's end on the power play, McDavid raced after it and went in alone on Hellebuyck. When he got to the front of the net, he suddenly dropped the puck back to Draisaitl, who notched his ninth goal of the season for the 1-0 lead at 6:17.

Little tied it about two minutes later. The veteran's sixth goal of the season came in his 710th NHL game, making him the franchise leader in games played. He surpassed former teammate Chris Thorburn.

Armia gave Winnipeg the 2-1 lead with 5:16 left in the first with a shot from the middle of the right circle, but Puljujarvi quickly struck on a rebound to knot the score with 3:53 remaining.

The Jets regained the lead 54 seconds into the middle period after Blake Wheeler fed a pass across the front of Talbot to Connor, who popped in a high shot.

Winnipeg lost Mark Scheifele with just over 12 minutes left in the second. The top-line center was hit by Brandon Davidson and went hard into the boards. The crowd was silent, but cheered after Scheifele slowly got up and went to the dressing room with an upper-body injury.

Armia scored his second of the game, and sixth of the season, after he took advantage of a bad Oilers pass. He stole the puck and went in on a breakaway to make it 4-2 at 9:48, but Khaira closed the gap 47 seconds later.

The Jets had their third and fourth power plays of the game in the scoreless third period and the Oilers their first. After pulling Talbot for the extra attacker, the Oilers swarmed Winnipeg's net, but Hellebuyck withstood the charge and got help from blocked and deflected shots.

NOTES: Wheeler's assist was his 288th for the franchise, surpassing Ilya Kovalchuk as the franchise leader for helpers.

Edmonton is home against Chicago on Friday.