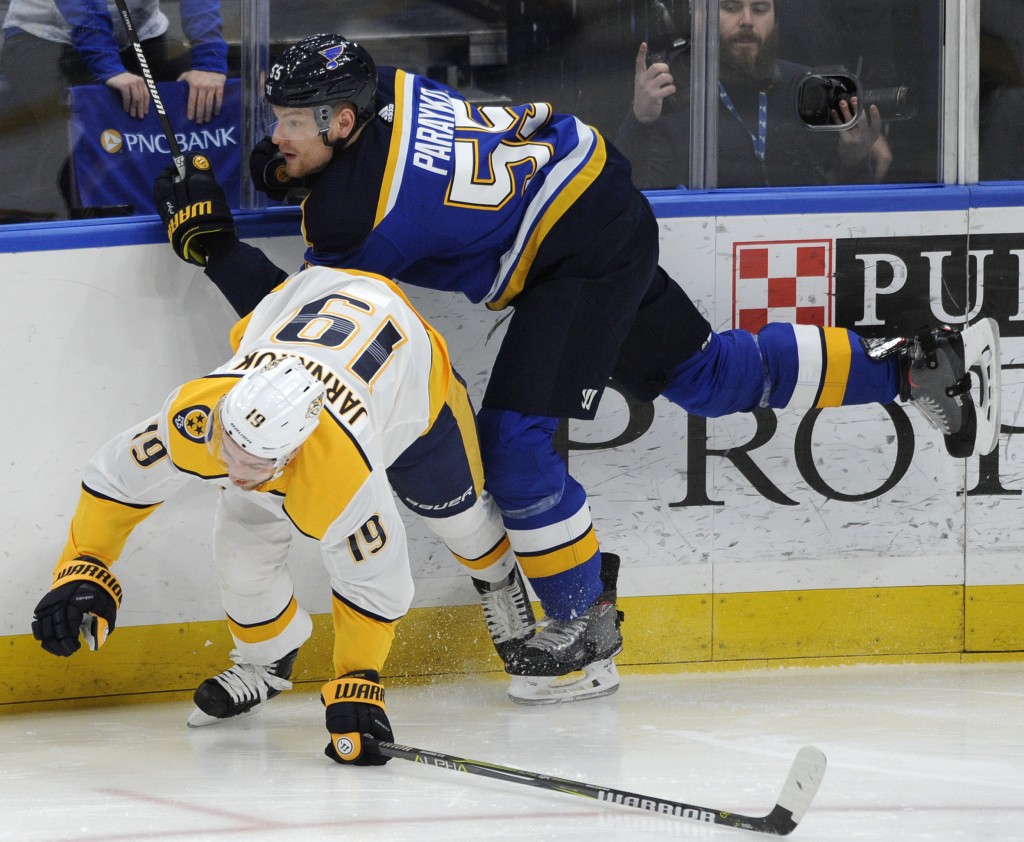 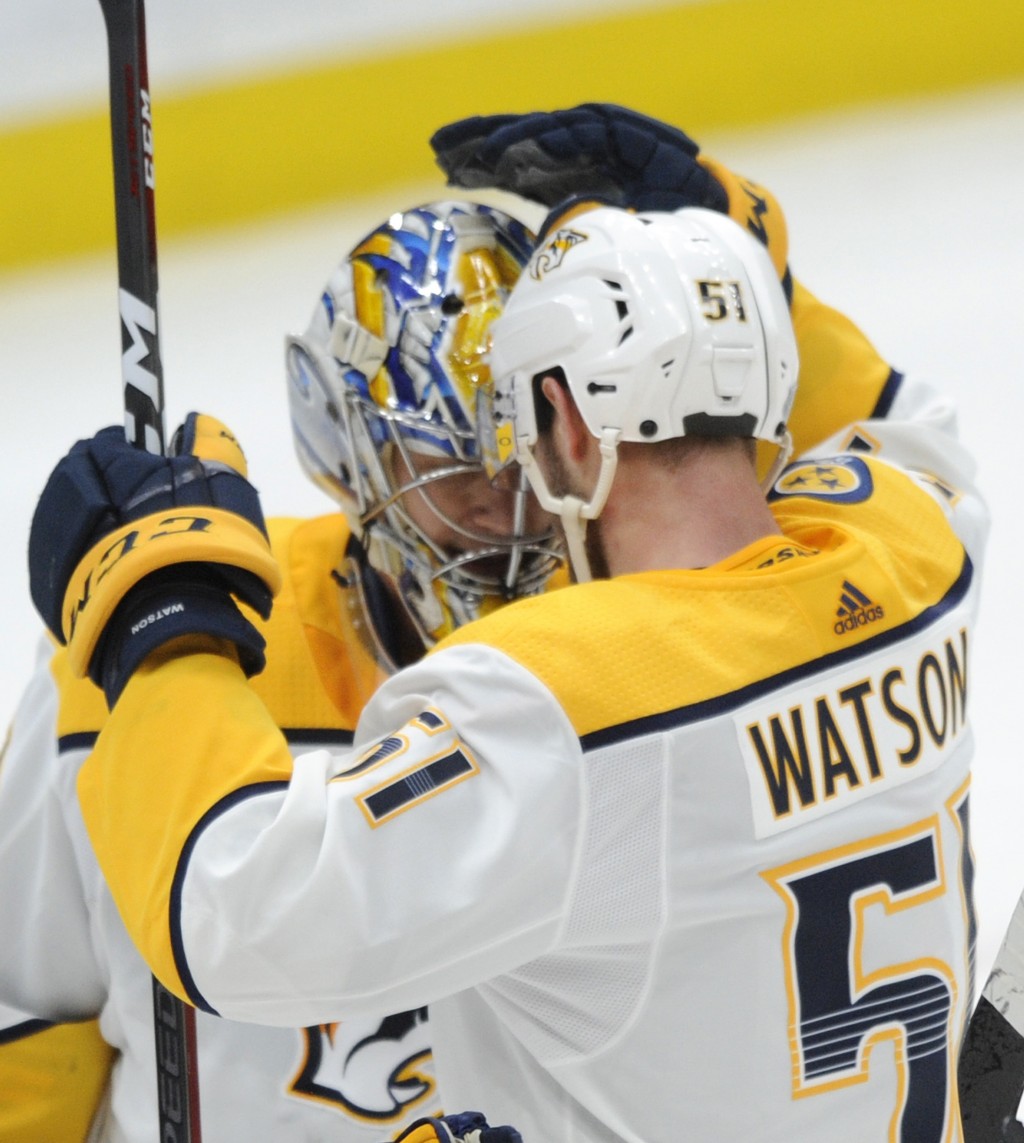 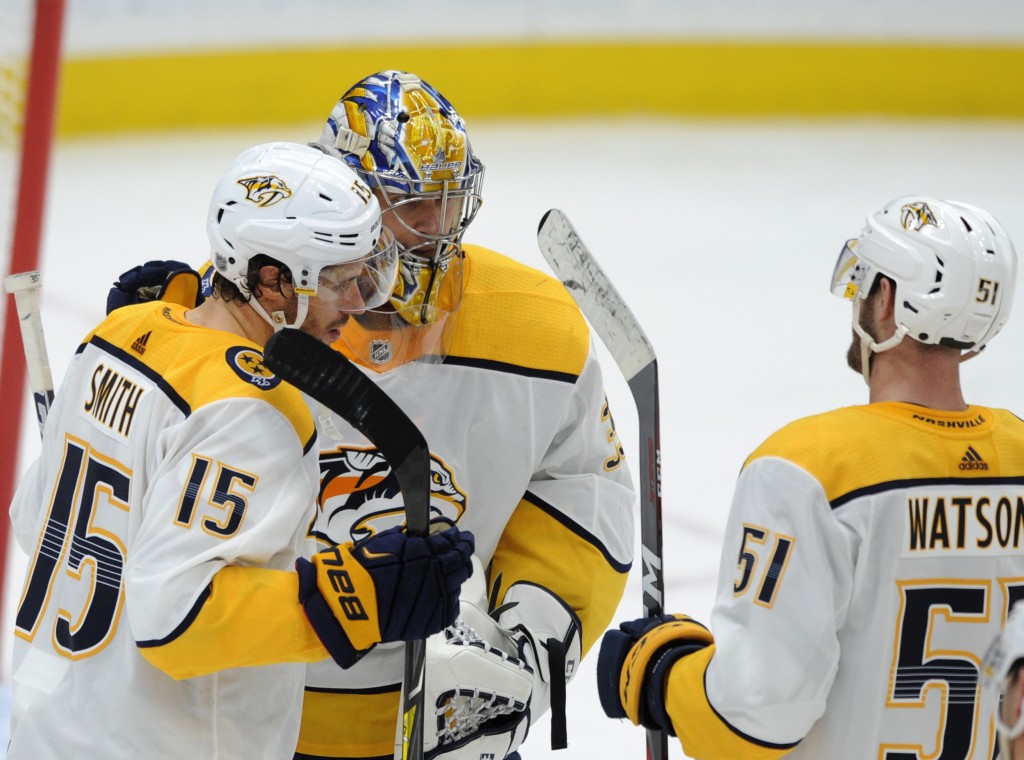 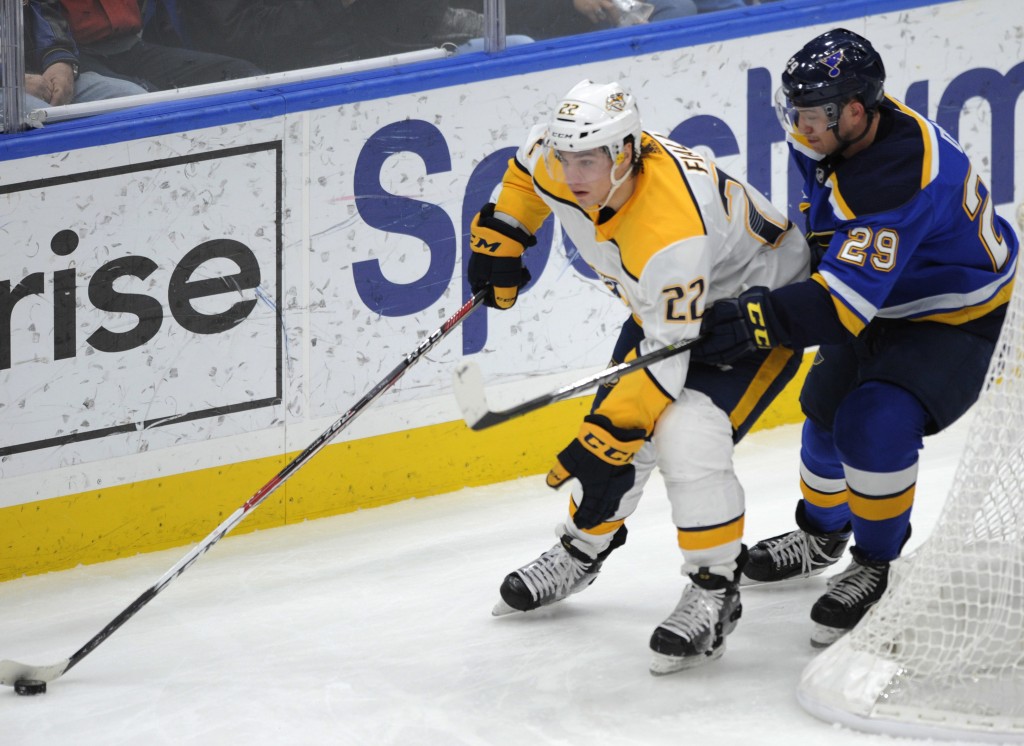 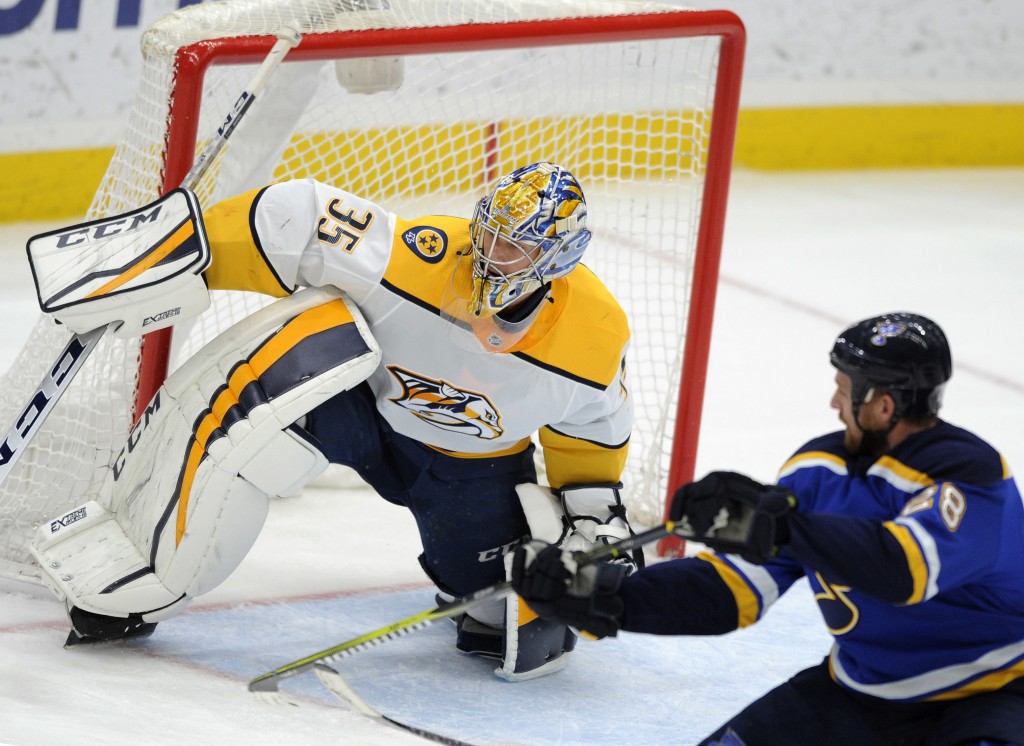 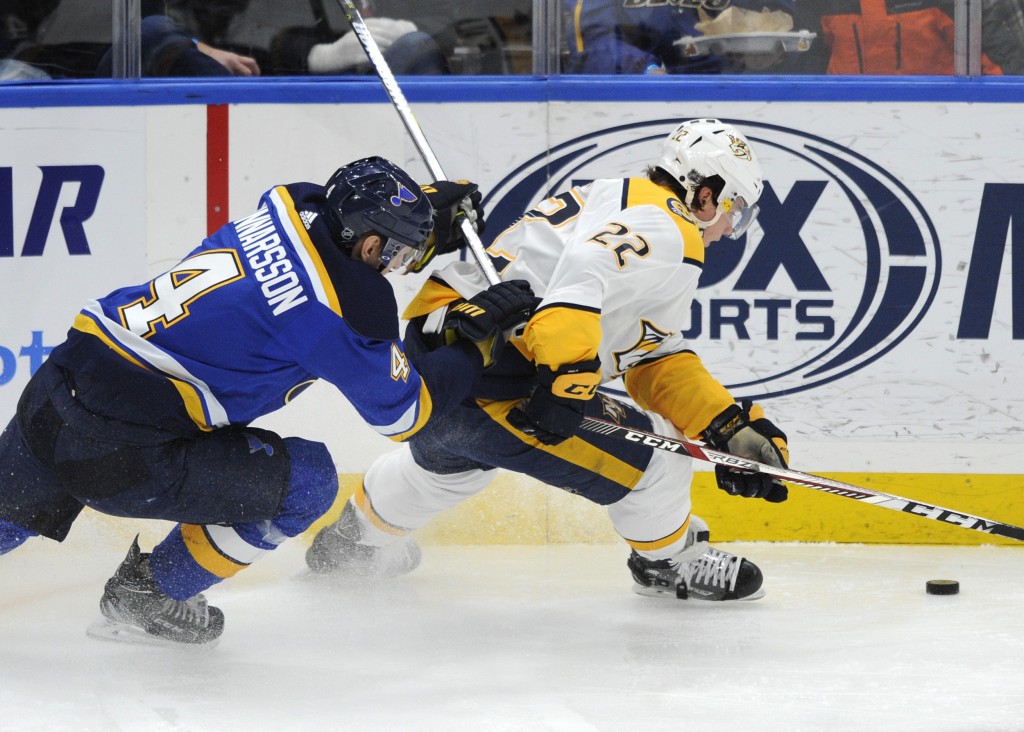 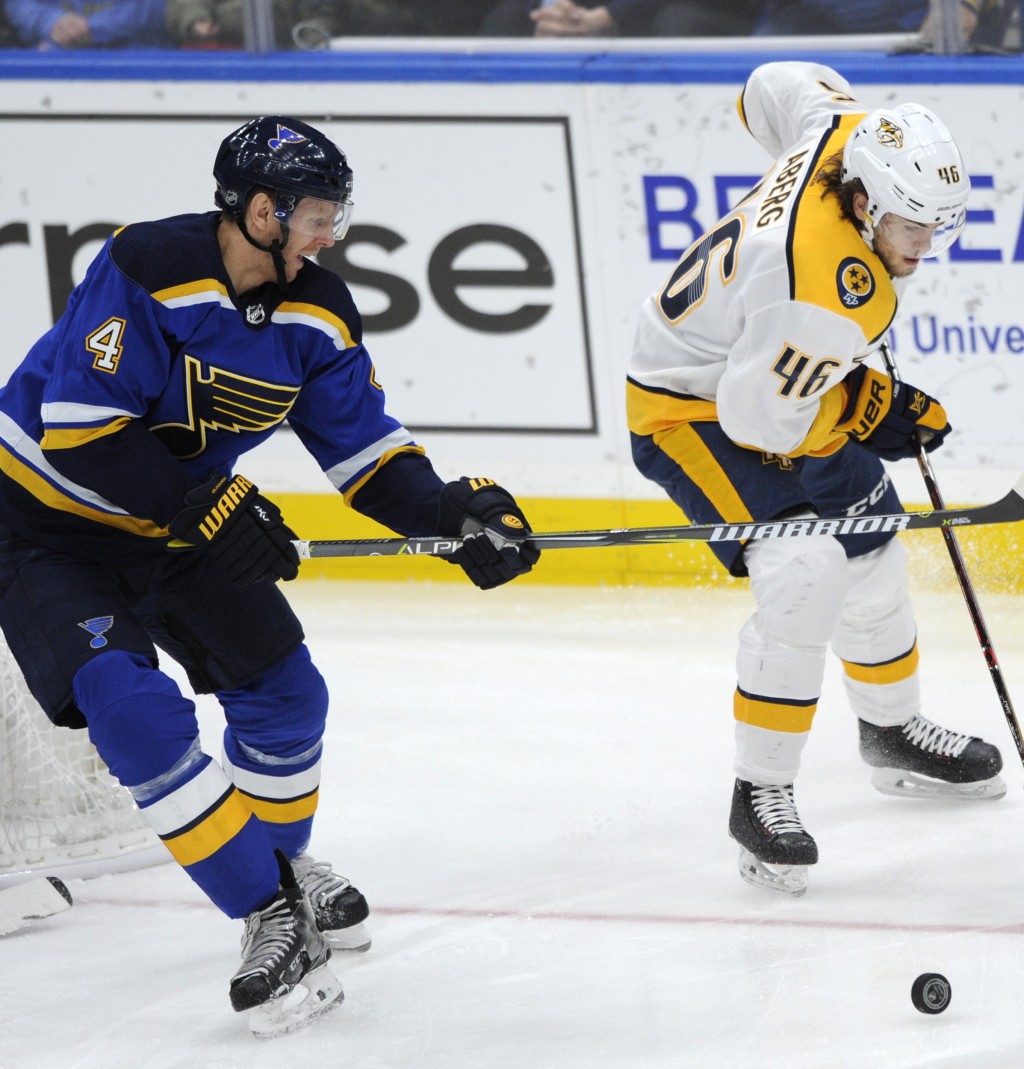 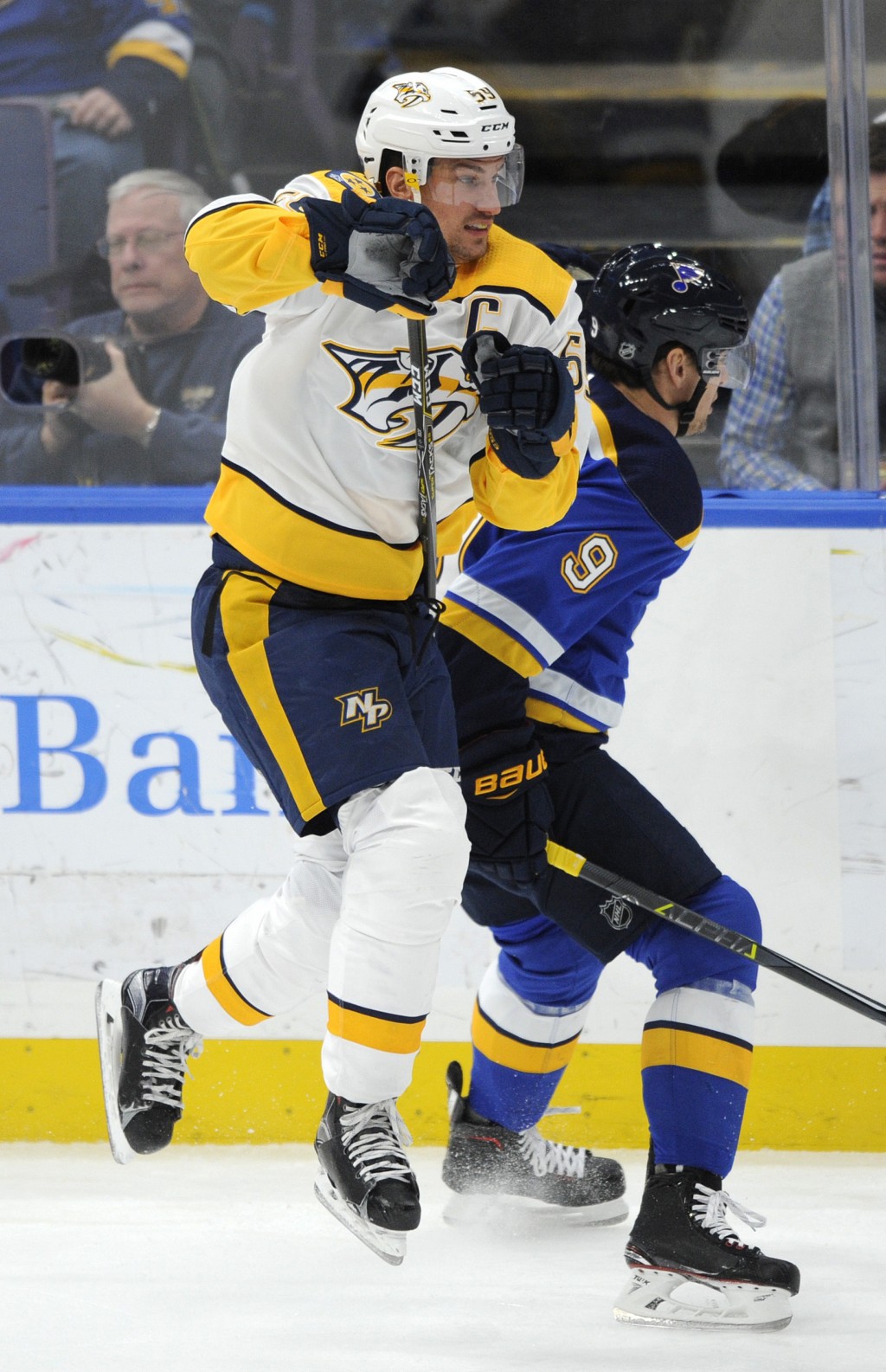 Craig Smith scored his 13th of the season for the Predators, who leapfrogged the Blues to take over first place in the Central Division with 49 points.

Vladimir Sobotka scored his first goal in nine games for St. Louis. Jake Allen made 24 saves, but the Blues lost for the sixth time in their last eight.

The win continued a pattern of dominance for Nashville, which topped its division rival for the sixth time in their last eight regular-season meetings. The Predators also eliminated the Blues from last season's Stanley Cup playoffs in six games in the second round.

Smith deflected Roman Josi's shot past Allen to give the Predators a 1-0 lead midway through the first period. It was Smith's first goal in his last five games.

Jarnkrok's one-timer made it 2-0 with 3:11 left in the second. Filip Forsberg, playing in his 300th career game, got an assist.

Sobotka deflected Kyle Brodziak's shot to get St. Louis on the board with 6:23 left in the third period. The goal snapped Rinne's shutout streak against the Blues at 151 minutes, 48 seconds, which dated to Dec. 13, 2016.

Rinne had a shutout in St. Louis earlier this season.

Predators: At the Minnesota Wild on Friday night.

Blues: At the Dallas Stars on Friday night.