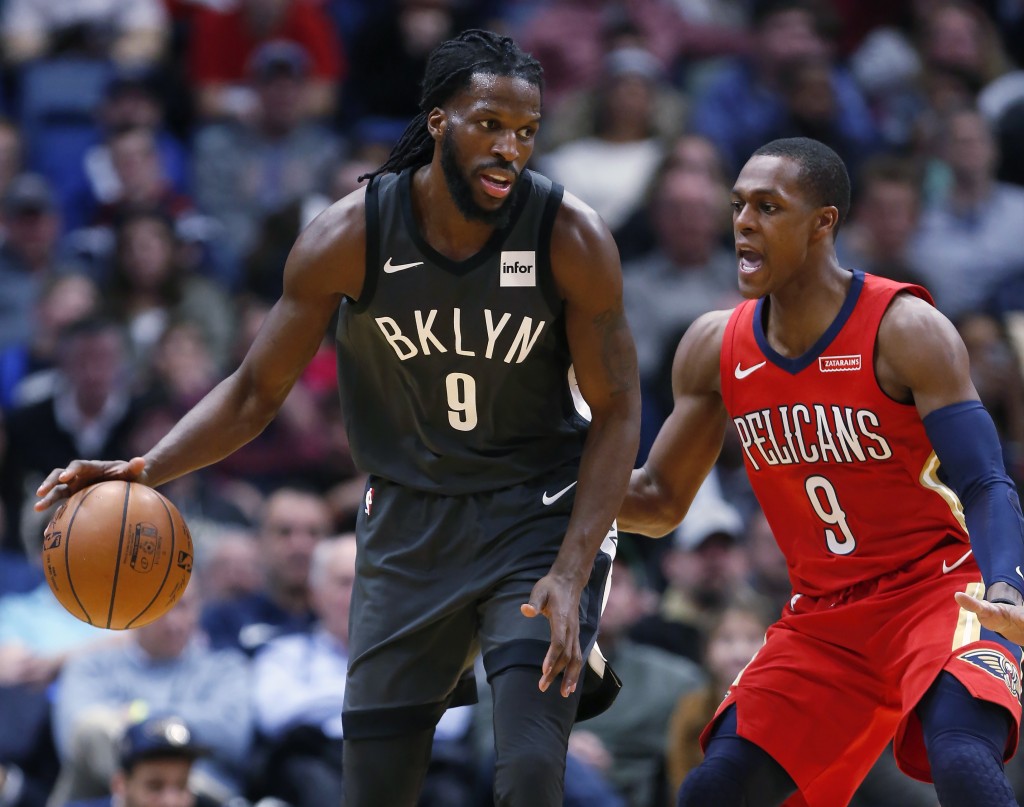 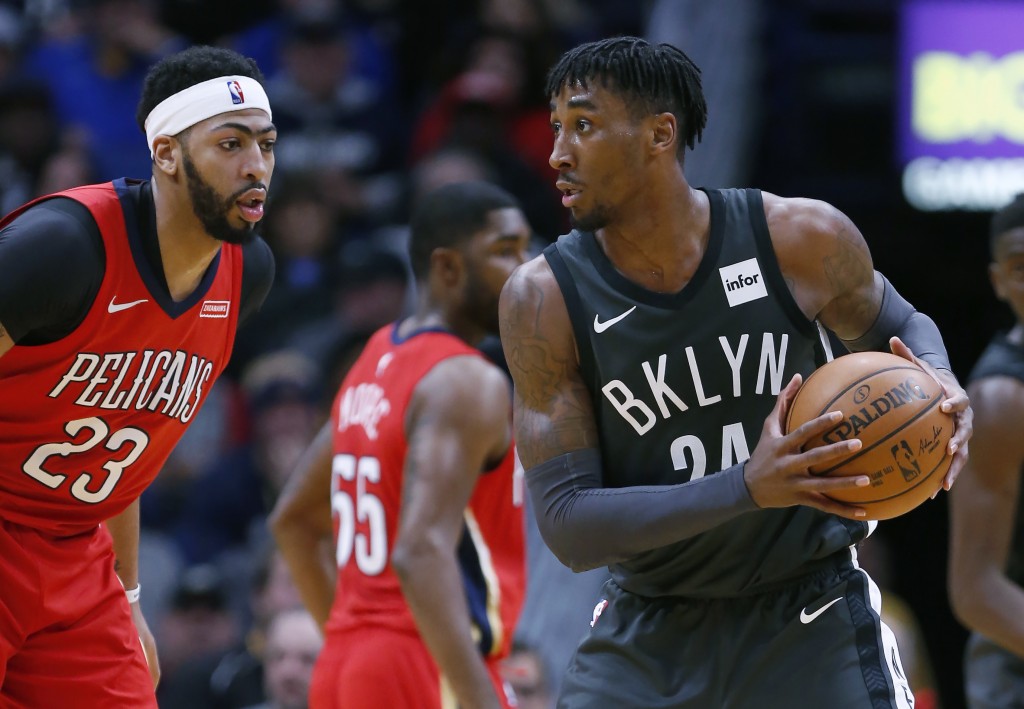 NEW ORLEANS (AP) — Rajon Rondo set a franchise record with a career-high 25 assists in just 30 minutes on the court, Anthony Davis had 33 points, 11 rebounds and six blocks, and the New Orleans Pelicans beat the Brooklyn Nets 128-113 on Wednesday night.

Currently sitting on the edge of the Western Conference playoff picture, the Pelicans entered their current three-game homestand looking to string together some victories against teams that have struggled on the road.

They got off to a solid start against Brooklyn, leading by as many as 16 in the first quarter, 23 in the second and 33 in the third.

At that point, Pelicans coach Alvin Gentry pulled the starters, only to have to put them back in following a 17-0 Nets run that trimmed New Orleans' lead to 91-75 heading into the fourth quarter.

Caris LeVert scored 22 points, Nik Stauskas added 21, and both were instrumental in Brooklyn's brief surge. But the Pelicans' lineup of Davis, Cousins, Holiday, Rondo and E'Twaun Moore, who had 20 points, quickly created more separation again and set New Orleans up for a stress-free finish.

The only drama in the latter stages of the fourth quarter was whether Rondo would eclipse franchise and career marks for assists. He broke Chris Paul's mark with his 22nd assist and set a new personal best with his 25th, then came to the bench to a standing ovation and a congratulatory handshake from Gentry.

Pelicans: Piled up a franchise-record 40 assists as a team on 48 total field goals. ... Davis was 4 for 4 from 3-point range. ... The Pelicans were 17 of 33 (51.5 percent) from 3-point range. ... Rondo also had two points and seven rebounds. ... Injured small forward Solomon Hill, who has been away from the club in Los Angeles while rehabilitating from surgery to repair an offseason hamstring tear, attended the game and sat on the bench in street clothes. It remains unclear when he'll be cleared to play, but when the season began he was not expected back until February. ...