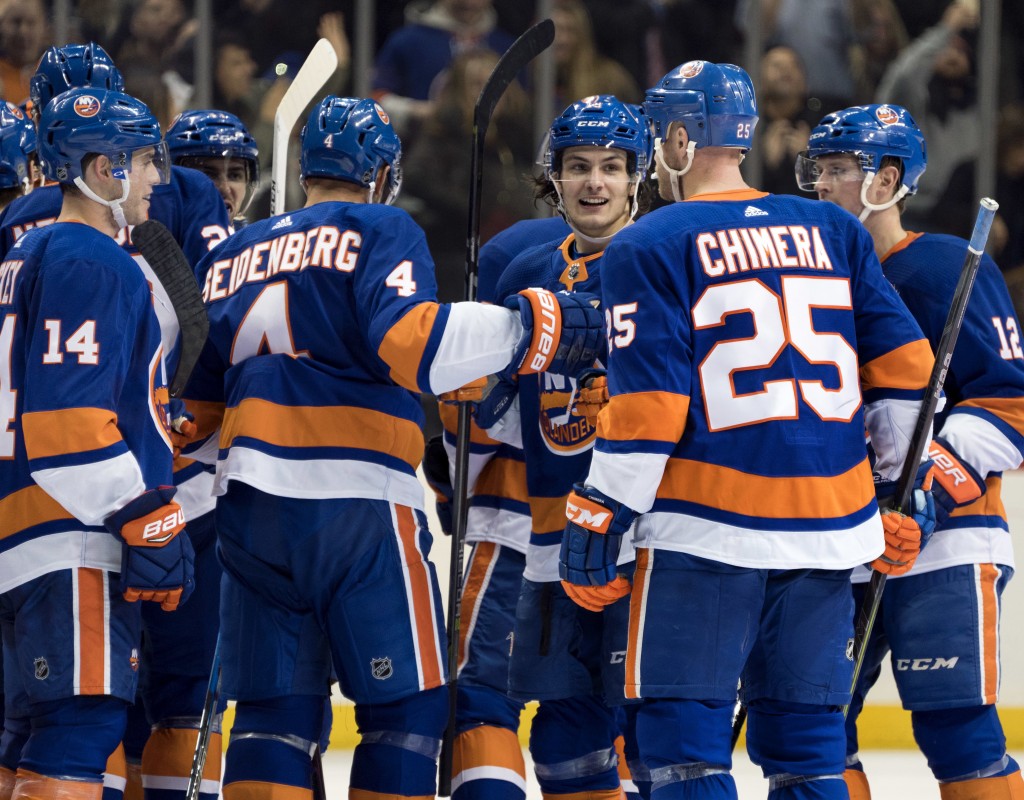 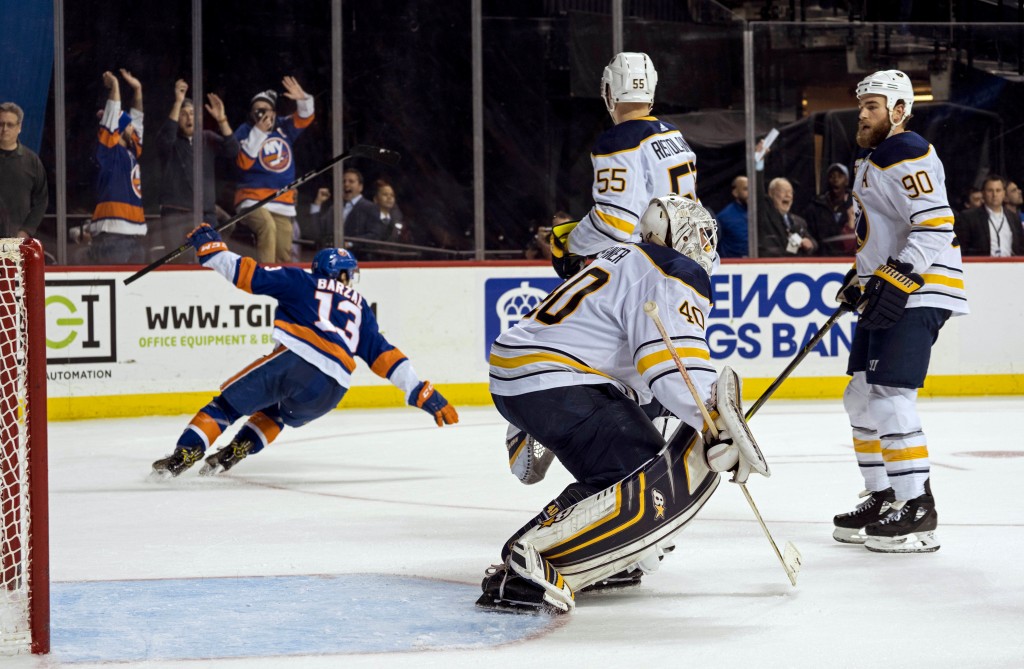 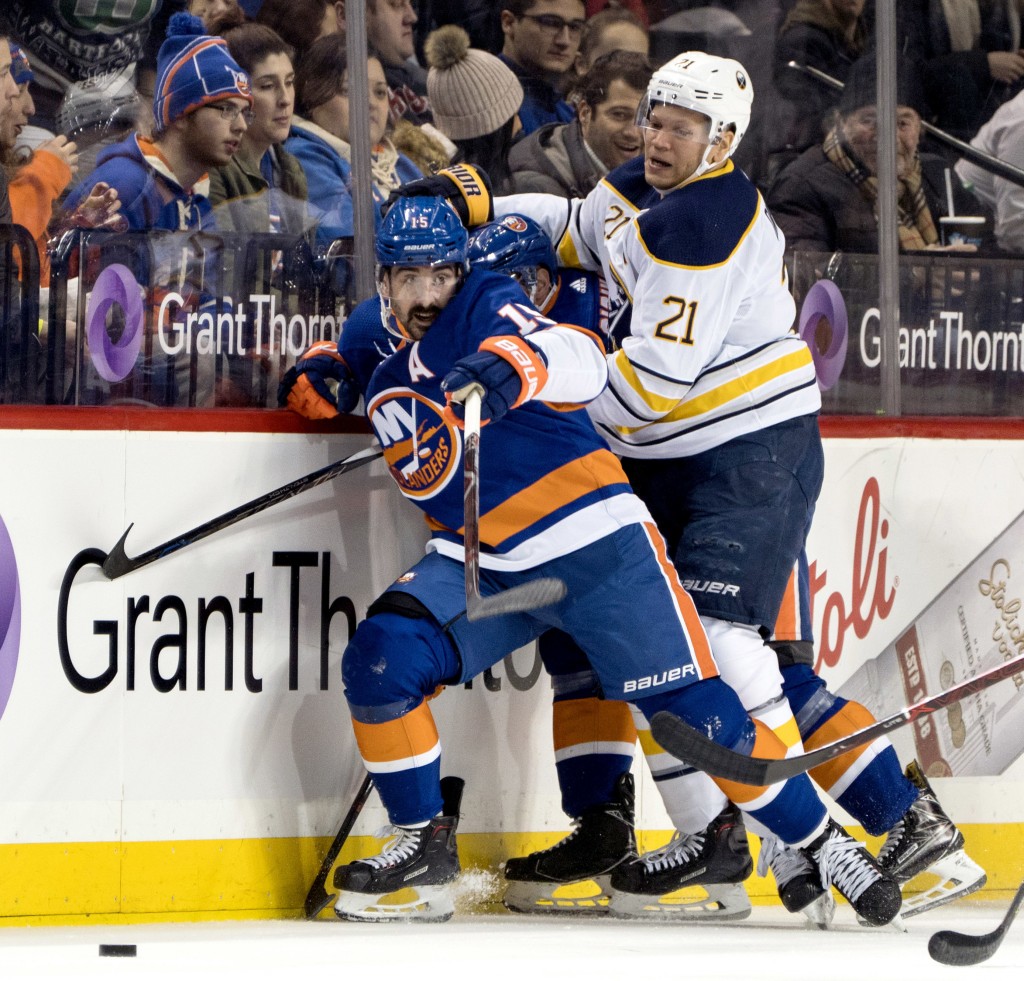 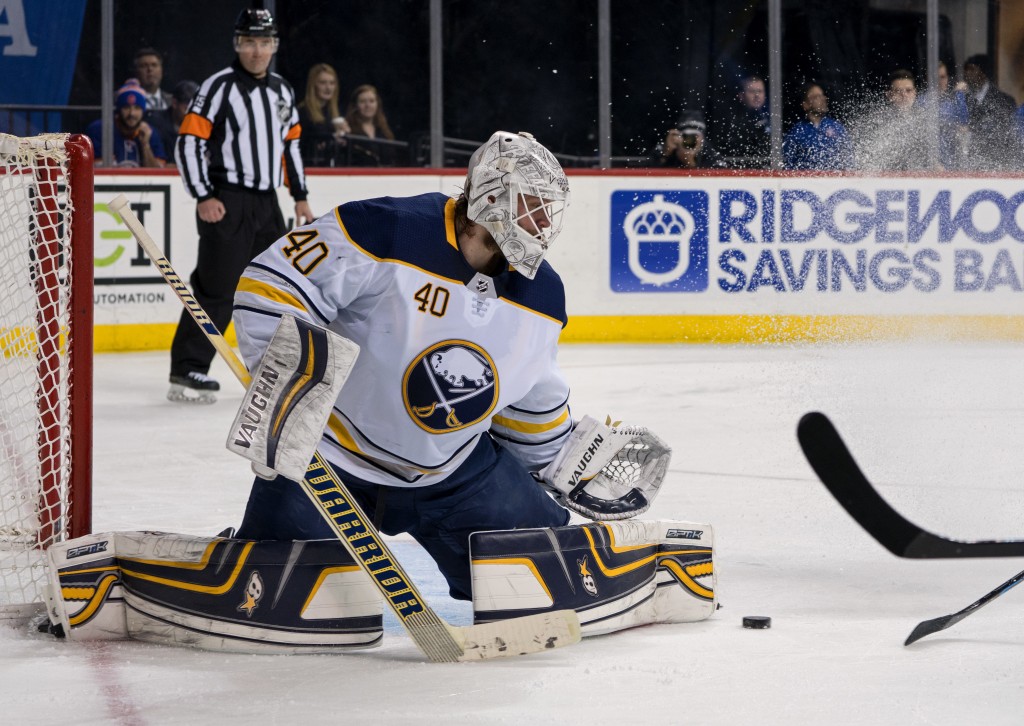 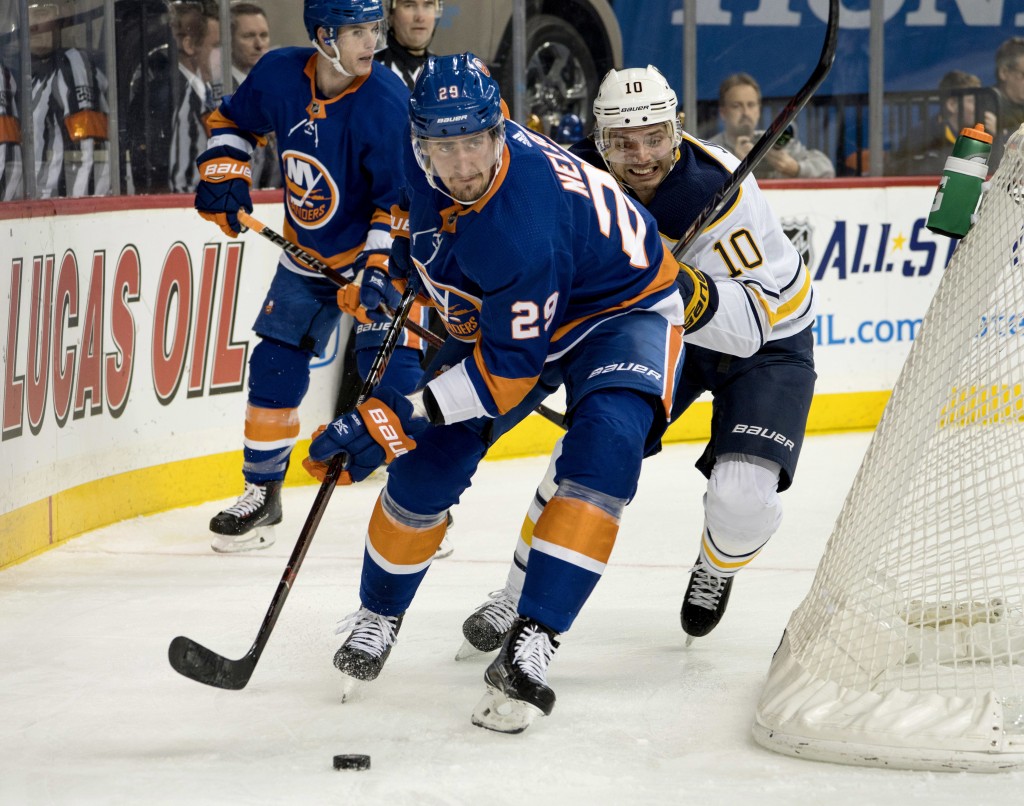 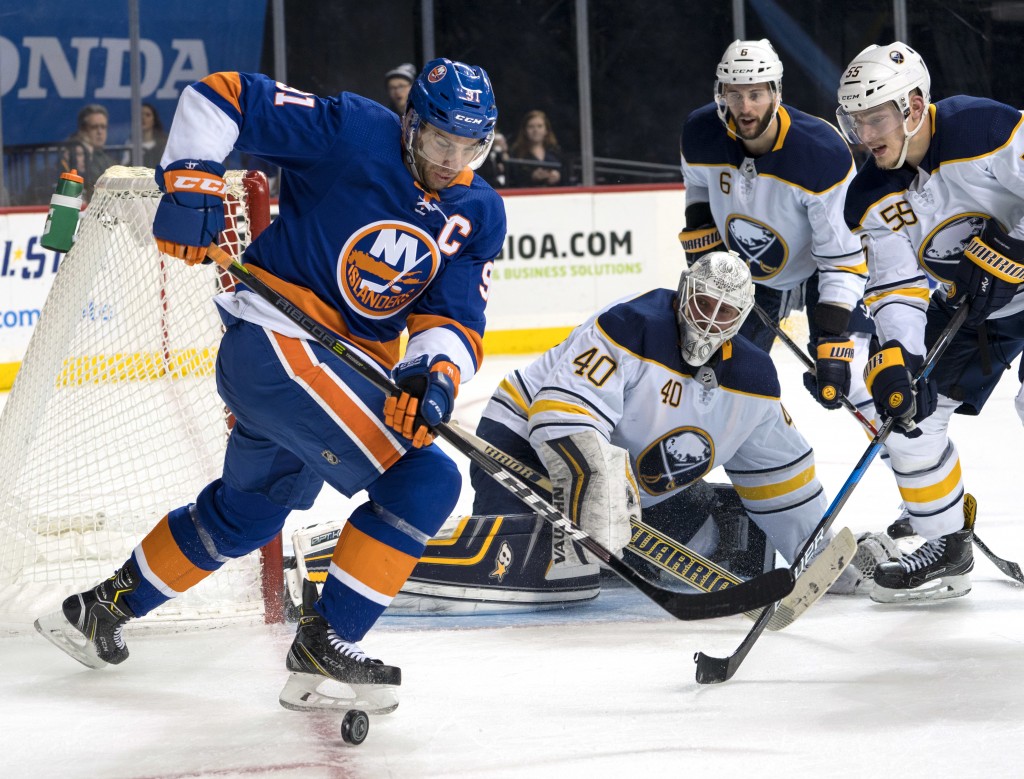 NEW YORK (AP) — Mathew Barzal scored 1:08 into overtime to give the New York Islanders a 3-2 victory over the Buffalo Sabres on Wednesday night.

New York has won three of five to improve to 20-13-4. Jason Chimera and Josh Bailey also scored for the Islanders.

Zemgus Girgensons and Kyle Okposo scored for last-place Buffalo (9-20-8), which has lost four of five.

Despite the significant statistical disparity between the teams, the game was, in essence, a goaltending duel as Jaroslav Halak stopped 34 shots for the Islanders, and Robin Lehner made 33 saves for Buffalo. It marked the eighth time this season Lehner stopped at least 30 shots in a game.

But it was Bailey who made the pivotal play, scoring his 11th goal on a snap shot with 1:09 left in regulation to tie it at 2. Bailey then set up Barzal, an early Calder Trophy contender for Rookie of the Year, for the game-winner.

Halak's most important save came two minutes into the third when he kept the game tied 1-all with a body stop on Jordan Nolan's breakaway. Minutes later, though, he was beaten by former Islanders teammate Okposo to give Buffalo its first lead, 2-1, with his sixth of the season.

The teams went into the first intermission without having scored, although New York had a slight 14-11 advantage in shots on goal, most of which occurred in the opening eight minutes as the Islanders outshot the Sabres 10-1.

It took until the 3:41 mark of the second period for a goal to be scored, and it came from an unlikely source: Chimera. The veteran Islander followed linemate Cal Clutterbuck's left wing drive and pushed the rebound into the net for his second goal of the season, and first since Dec. 1.