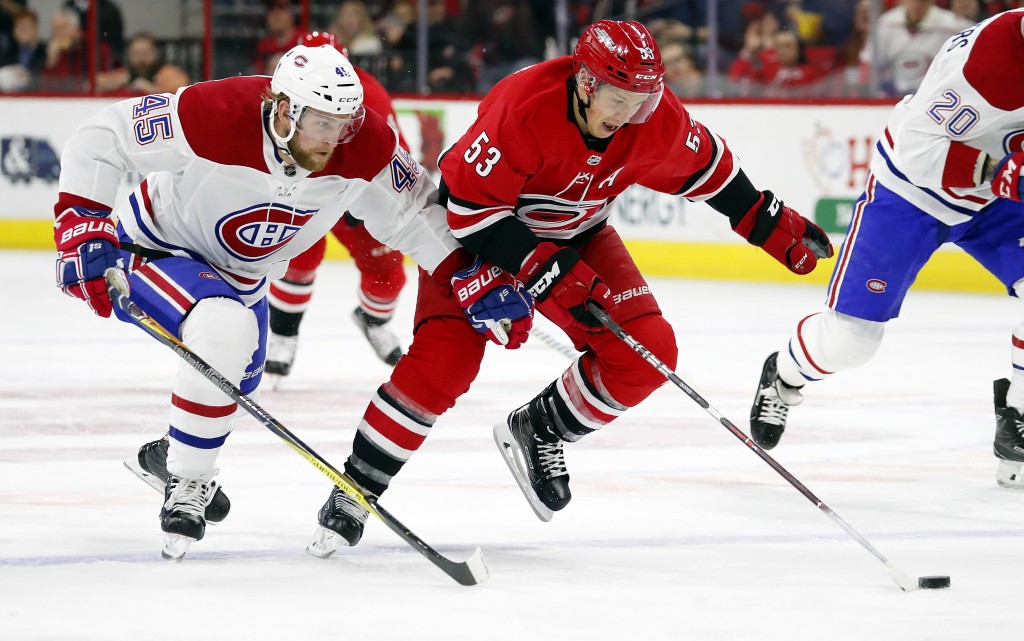 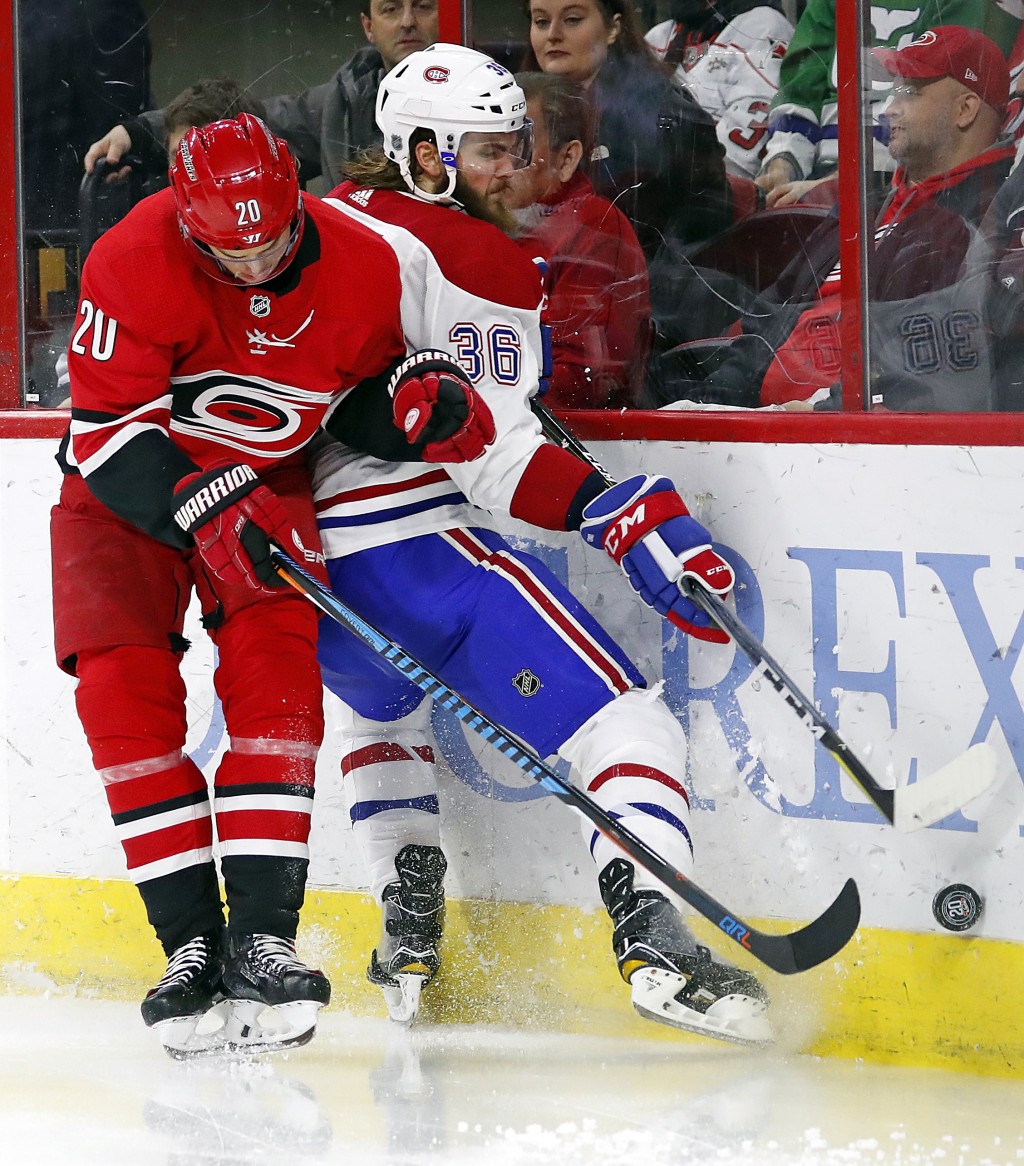 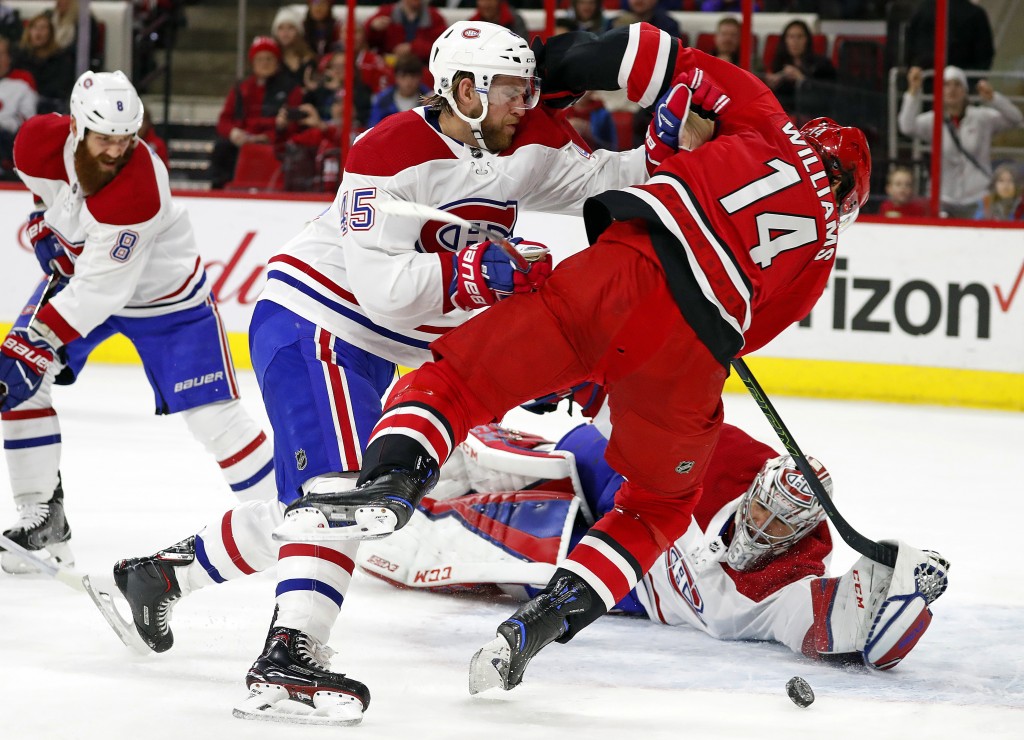 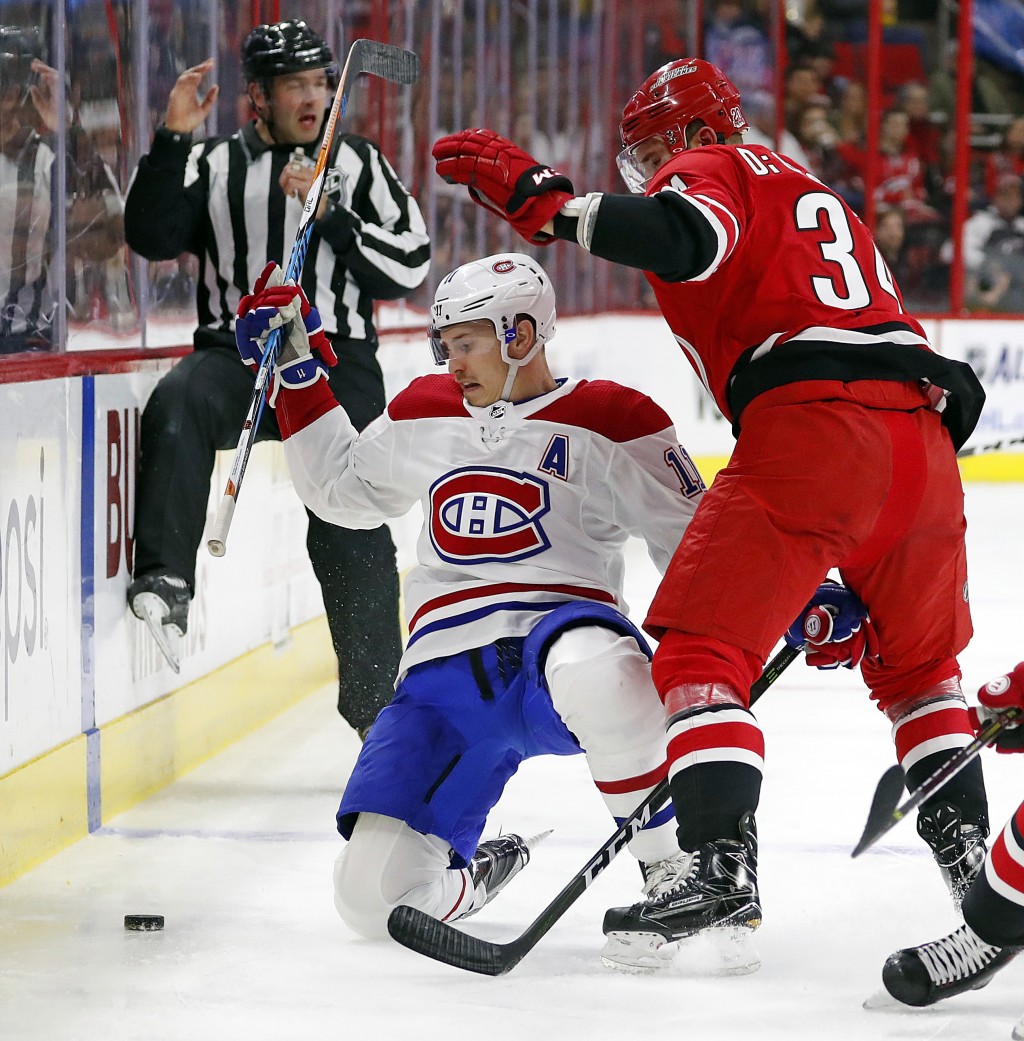 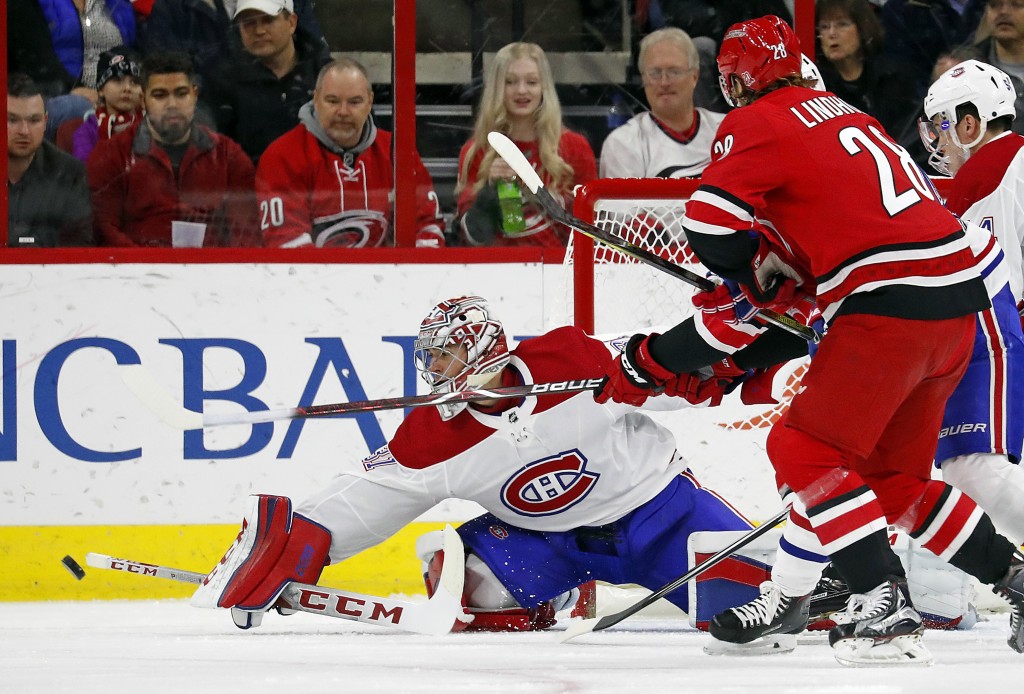 Aho's power-play goal midway through the third put Carolina in front, and he later added an empty-netter. Teuvo Teravainen scored Carolina's other goal, while Alex Galchenyuk tallied for Montreal.

It was the first of three meetings between the teams this season. Carolina will visit Montreal on Jan. 25 and host the game on Feb. 1.

Cam Ward stopped 23 shots to improve to 7-0-1 in his last eight games.

Carey Price had 32 saves for Montreal.

The Hurricanes led 1-0 after outshooting Montreal 16-6 in the first period.

Teravainen got Carolina on the board at 4:44 of the first with his ninth goal of the season, beating Price from the right circle off Justin Faulk's pass. The helper gave Faulk points in three straight games.

Galchenyuk tied it at 5:19 of the second, beating Ward over the glove-side shoulder on a rush for his ninth of the season with Jeff Petry on the sole assist.

Aho put the Hurricanes up 2-1 on a power play at 9:15 of the third, beating Price stick side. He scored his second goal with 1:34 left.

Canadiens: Visit Tampa Bay on Thursday night in the fifth of a six-game trip.