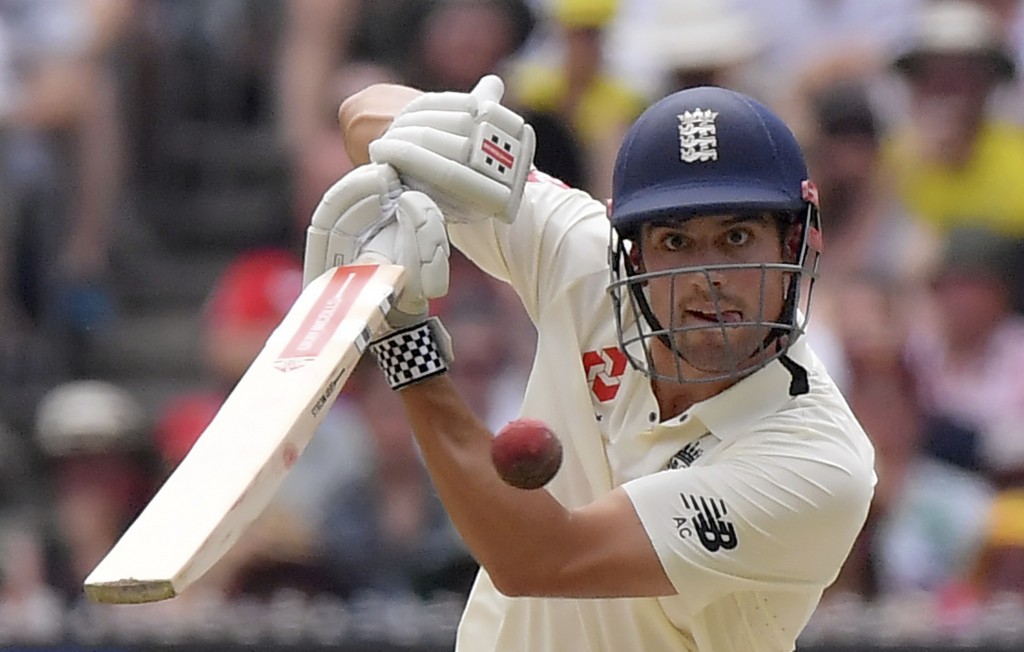 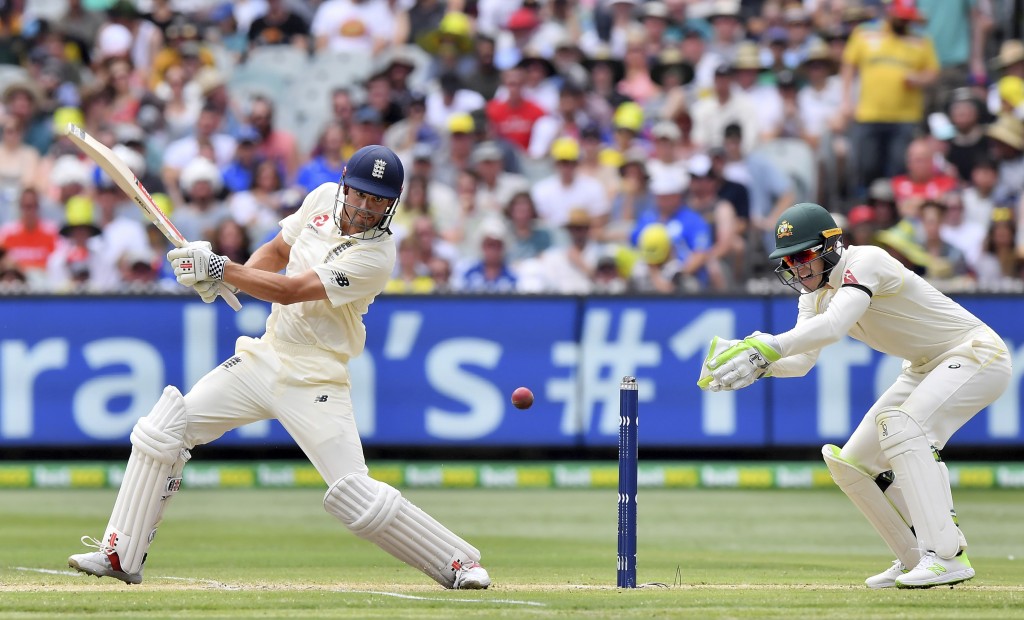 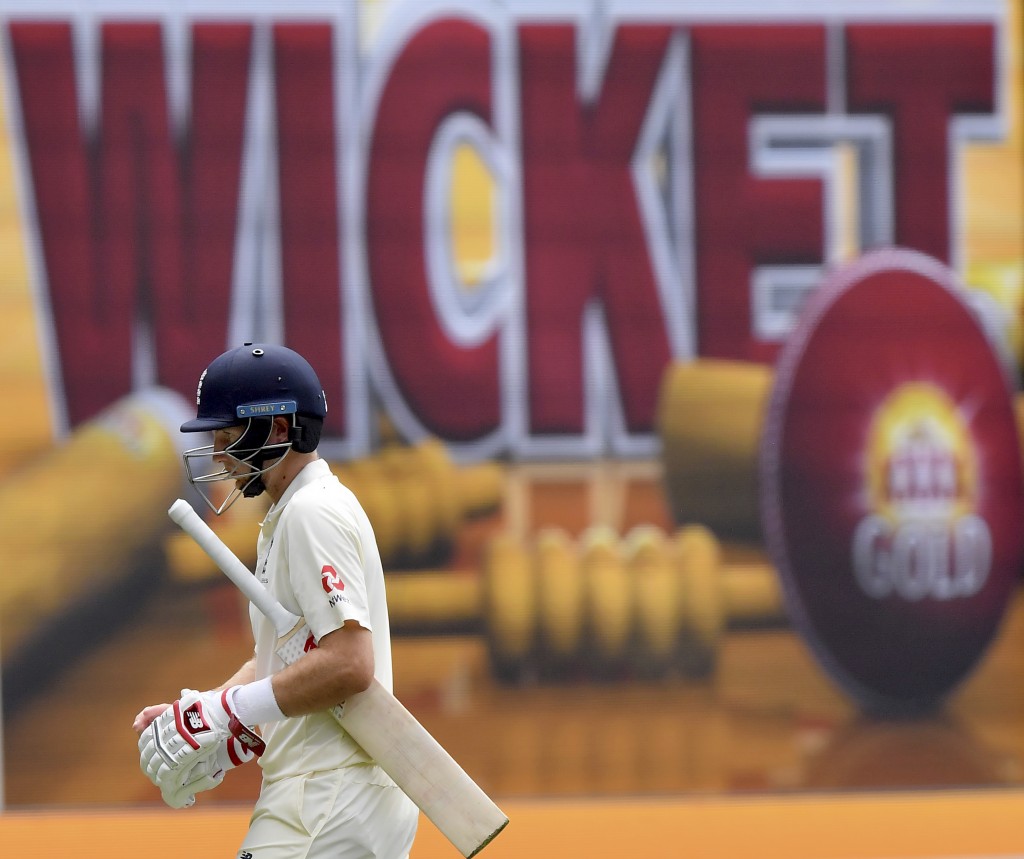 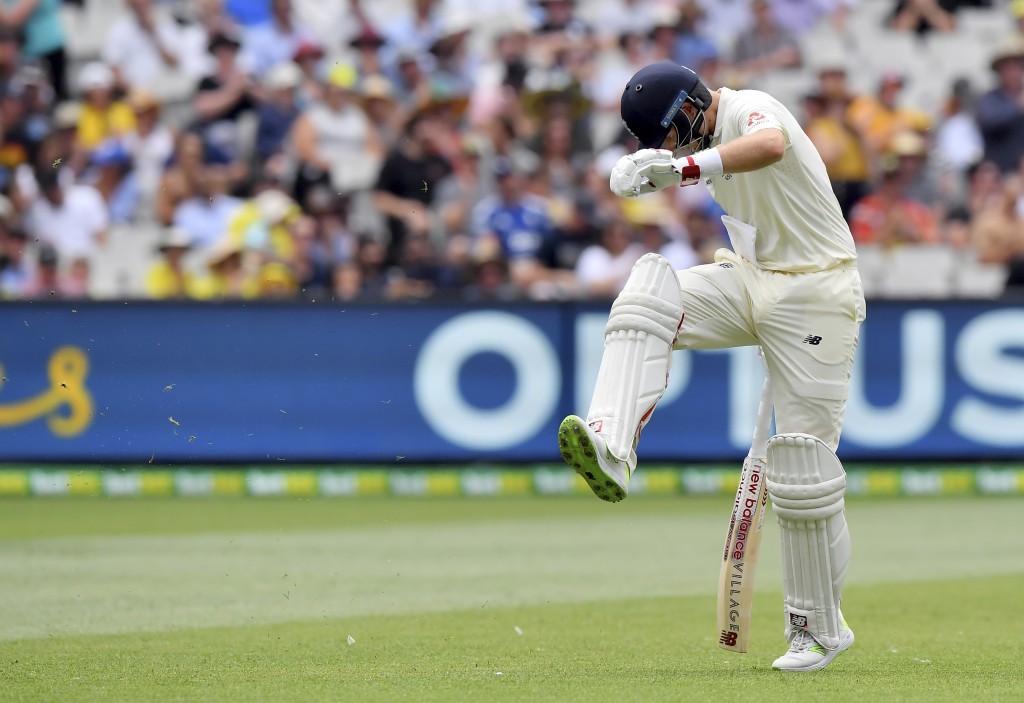 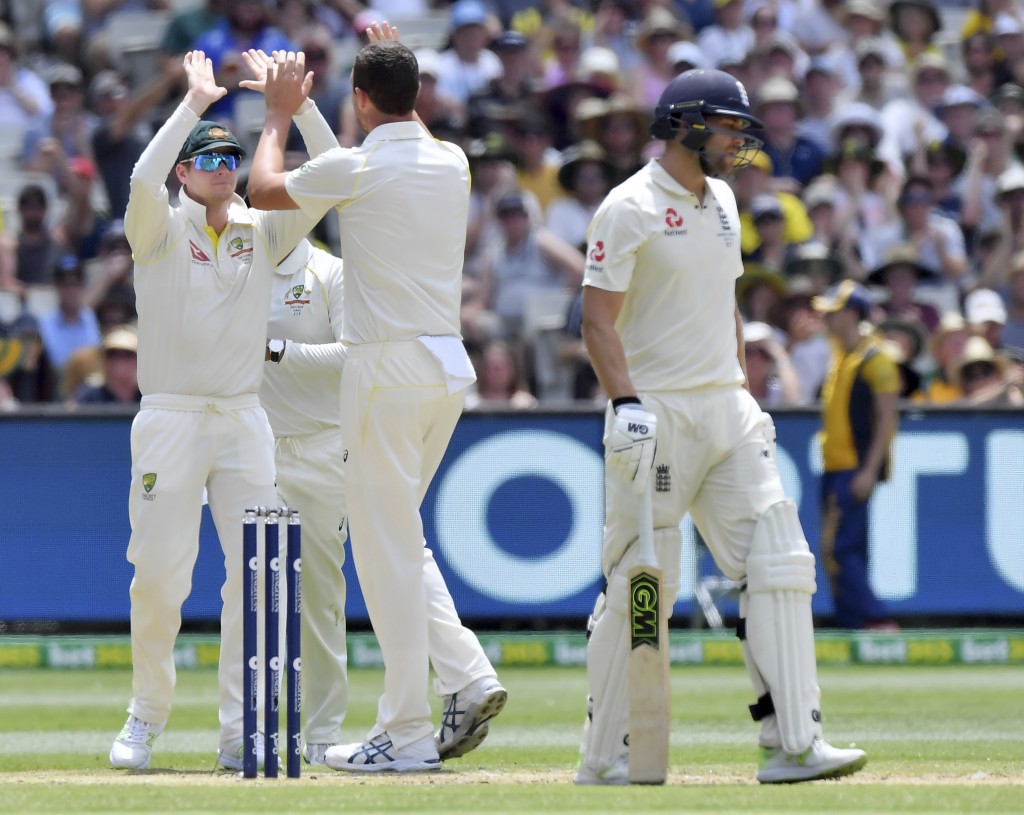 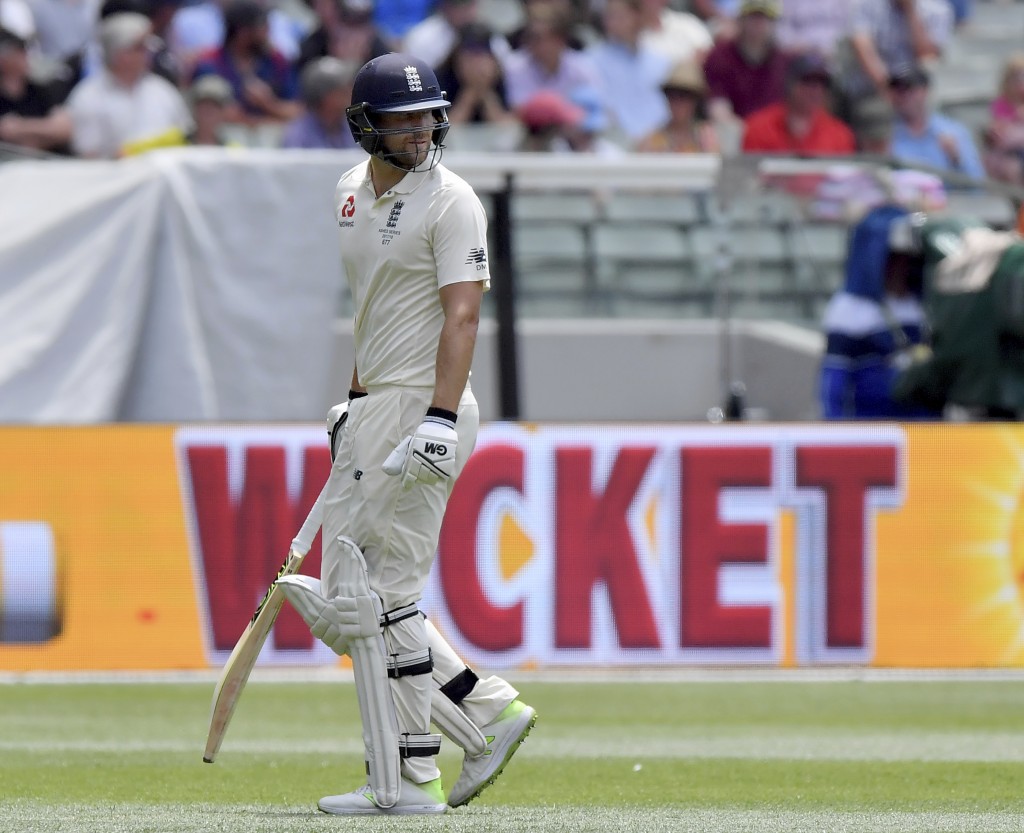 MELBOURNE, Australia (AP) — Alastair Cook kept his composure after England lost two crucial wickets to help steer his team toward a first-innings lead in the fourth Ashes test against Australia on Thursday.

Cook added 30 runs to his overnight score of 104 to reach 134 not out as England crawled to 264 for four at lunch on day three at the Melbourne Cricket Ground, just 63 in arrears of Australia's first-innings total of 327.

Jonny Bairstow was unbeaten on 16 at the interval after joining Cook in the middle when Joe Root and David Malan were both dismissed in the morning session as England chased a consolation win to atone for losing the first three matches of the five-test series and surrendering the Ashes.

Root threw his wicket away on 61 when he pulled a short-pitched delivery from Pat Cummins straight to Nathan Lyon at square leg after batting so patiently to reach his half-century off 109 balls.

Malan departed for 14 when he was trapped leg before wicket by Josh Hazlewood immediately after the Australians took the second new ball. Television replays suggested Malan may have got an inside edge before the ball struck him on the pads but the Englishman decided not to review the decision after consulting with Cook.

After struggling on day two, Australia's bowlers were much more threatening on Wednesday, with Cummins back to full fitness after being hampered by a stomach bug the previous day. However, Australia captain Steve Smith complained of feeling ill and was forced to leave the field at times during Thursday's morning session.

Smith dropped a catch off Cook when he was on 66 on Tuesday and England's all-time leading run scorer continued to make the Australian skipper pay for his mistake as he held firm after more than six hours at the crease.