(CHINA / WILDAID) The greatest single step toward reducing elephant poaching will come into effect on Sunday when it will be illegal to buy or sell ivory in China. The country was once the world's largest market for illicit ivory, and a major driver of rampant elephant poaching in Africa.

"We can start 2018 hopeful that elephants will be safer now that China has banned commercial ivory sales. Prices are down and law enforcement efforts in many parts of Africa and Asia are much improved," said WildAid CEO Peter Knights.

"The UN has unanimously called for domestic ivory sales bans, and many other countries are responding with action. Japan alone remains unwilling to join the global community on this issue," Knights said.

WildAid is now shifting its demand reduction campaign to educating Chinese consumers that ivory can no longer be bought or sold legally. Long-time WildAid ambassador and former NBA star Yao Ming is featured in a new video and billboard campaign releasing today across the country.

Additionally, with WildAid, African Wildlife Foundation and Save the Elephants, Yao Ming launched one of the largest ever public awareness campaigns. Chinese public and private media donated more than US$180 million in media space during 2013-2016. As a result, a 2017 WildAid survey showed a 70% increase in knowledge that ivory comes from poached elephants over the past five years.

In 2014, Yao Ming proposed to the National People's Congress that ivory sales be banned in China. That same year, China carried out its first ever destruction of seized ivory, indicating a sea change in attitude from the government. After strong collaboration with the Obama Administration, President Xi announced the ban on December 30, 2016.

Dozens of messages featuring WildAid ambassadors were broadcast on more than 25 TV networks, outdoor video screens and movie theaters in China. Also, thousands of billboards were placed in over 20 Chinese cities.

While efforts in Eastern Africa have helped reduce poaching to pre-2008 levels, unfortunately illegal killing of Central Africa's forest elephants remains very high. This compounds the dramatic losses experienced in the region over the past decade. Between 2008 and 2016, elephant populations declined by 66% in parts of Cameroon, Republic of Congo, Central African Republic and Gabon, according to a WWF survey. 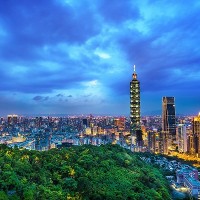