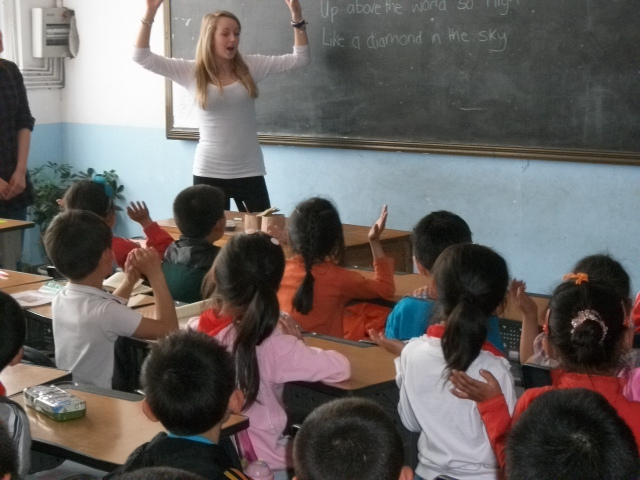 Last week it was reported that English language proficiency in Taiwan has been downgraded from “intermediate” to “low” in the English First's (EF) 2017 Global English Proficiency Index. The country was ranked 40th overall out of the 80 countries looked at.

This should come as a shock to many given the prevalence of English schools around Taiwan and the focus that many people give to the learning of English. Almost all kids study English in Taiwan, many for a great number of years, and this has been the case for a long time.

Perceived wisdom among most progressive thinking Taiwanese parents is that English language skills will offer their kids the opportunity to study abroad, to work for international companies, and therefore to earn more money in the long run. As wages continue to flatline in Taiwan, this is undeniably true.

So, the question that has to be asked is why, despite this focus, are English-language skills in decline?

It is important to put the EF study into a little context before addressing that question. The English Proficiency Index does include a number of European countries where English has long been an unofficial second language. In northern Europe and Scandinavia, it is much harder to find someone who does not speak English, than someone who does.

Geography is a factor in this of course. But still, in three months living in Denmark (which was ranked 3rd on the Index), I only managed to meet one person who was not at least conversational in English. That is remarkable. In my first three months in Taiwan, there were a great deal more.

What is more worrying is that Taiwan only ranks 11th among those Asian countries studied. Some, like Singapore (5th overall), have colonial links to England. But others, like South Korea (30th) do not. It is countries like that, as well as Vietnam (34th), China (36th), and Japan (37th) that should trouble Taiwan.

An issue of quality rather than quantity

The problem in Taiwan is certainly not down to the lack of available resources to learn English. Bookshops have whole sections dedicated to English-study; far more than any other foreign language. The rows of shops outside Elementary schools are littered with English language cram schools. And I know from personal experience that it can be harder to find a private Chinese language kindergarten that it is an English one.

So, if it is not quantity, it must come down to quality. After visiting a number of English language kindergartens in Kaohsiung, I was deeply disappointed with the learning opportunities that were on offer.

At this crucial age for language learning, children were learning vocabulary lists by rote, working through dull textbooks, and reading substandard books. When they were studying English at all. In more than one place I visited, the timetable allotted more of the day to nap time than it did actual language learning.

The focus seemed much more on giving the teachers an easy life and preparing the kids for the "memorize and regurgitate facts" type learning that will forced upon them in schools. Very few will learn the language that way. Far more will be put off it for life before they even get to school.

Once kids reach school age, it seems they learn far more English in cram schools than their actual school. And this is a big problem because the cram school system is chronically unregulated.

The overwhelming majority of cram school teachers are gap students from English-speaking countries. Some are undoubtedly dedicated to their jobs and passionate about teaching. But for many, it is a way to earn a few bucks as they travel around the world. They put in minimal effort and the kids suffer.

In most cram schools, the only qualification you need to teach English is a British or American accent. It is therefore inevitable that teaching standards are low in many. Yet, parents remain willing to pay the earth for their kids to earn English from a native speaker. Running a cram school is hugely profitable, so it is little wonder that those running them feel little need to improve standards.

This problem extends to adult levels too, with many TOEIC schools also having minimal requirements for native English speakers to work there.

When you throw in the shockingly low quality of the textbooks, which are often riddled with mistakes and poorly explained theory, and which are sold for sky-high prices in shops like Eslite, and put all this together, the surprise is almost not that Taiwan ranked so low, but that it ranked so high.

How to do better

Taiwan needs to get a grip on the situation if its English-language skills are to improve. And it should be a priority. Taiwan’s Southbound policy and its close links with the U.S. should be enough on their own to make this a priority.

But what can be done? The most important thing is that teaching standards have to be pushed up. Many people will have their own suggestions of how to do this, but for me, it could be achieved by greater regulation of cram schools or bringing more English language teaching into state schools.

A properly designed English-language curriculum, which equips students with language skills that will be useful to them in social and business environments as well as giving them the core grammatical skills they need could be introduced and may also help drive up standards.

And there should be a greater requirement for those coming to Taiwan to teach English to be properly qualified to do so. If this means there is a decline in the numbers coming, then so be it. Kids will learn far more from a properly qualified, fluent, Taiwanese English speaker, than a young, unqualified American or British student.

Earlier this year, Taiwan News reported on a social experiment in which a vlogger went out into Taipei to see how many people she met could speak English. Her findings were extremely positive and give cause for optimism

But Taipei is much more cosmopolitan than much of the rest of the country, and these abilities need to spread throughout Taiwan if it is to rise up the English Proficiency Index and reach out to the world more successfully. 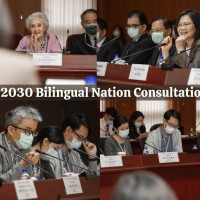 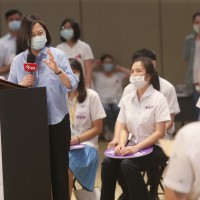 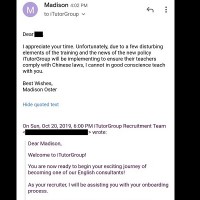 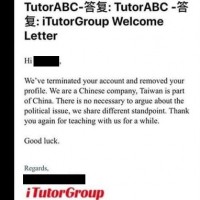