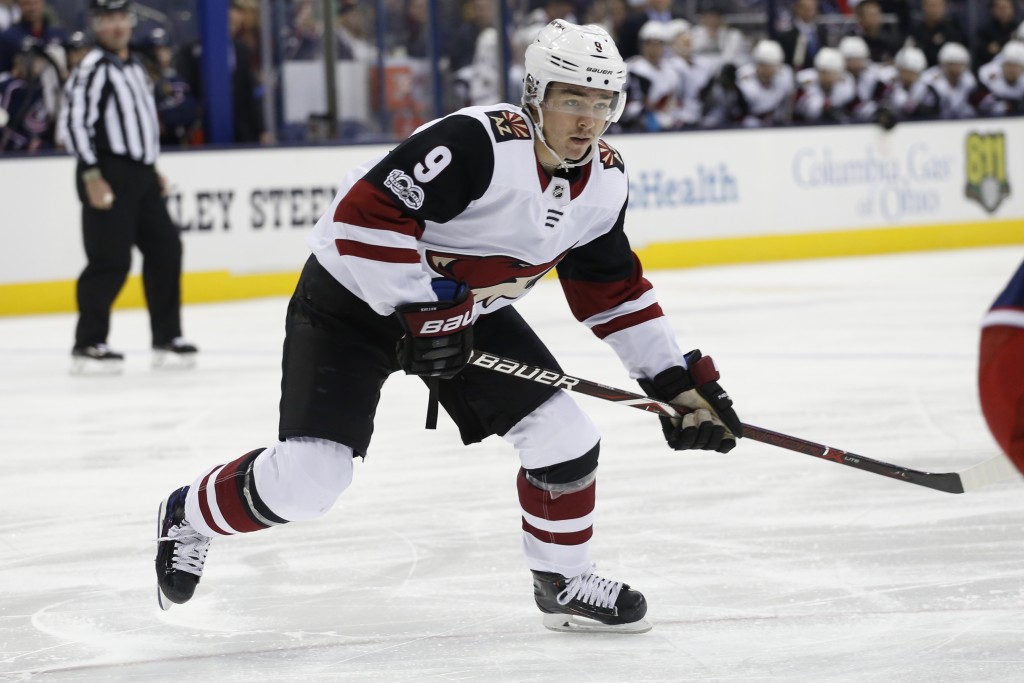 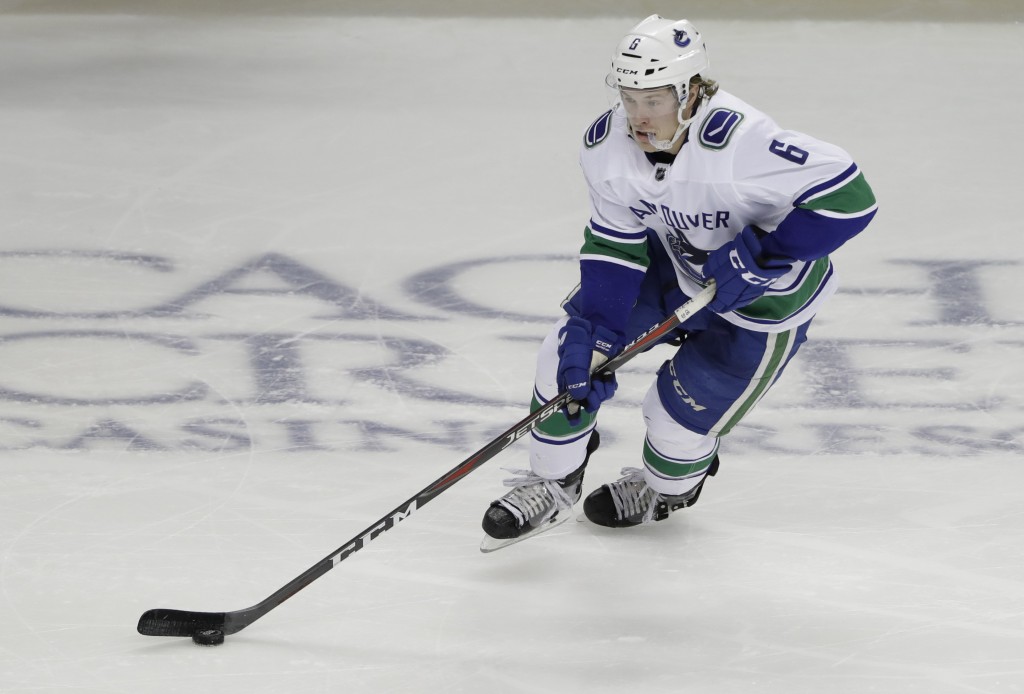 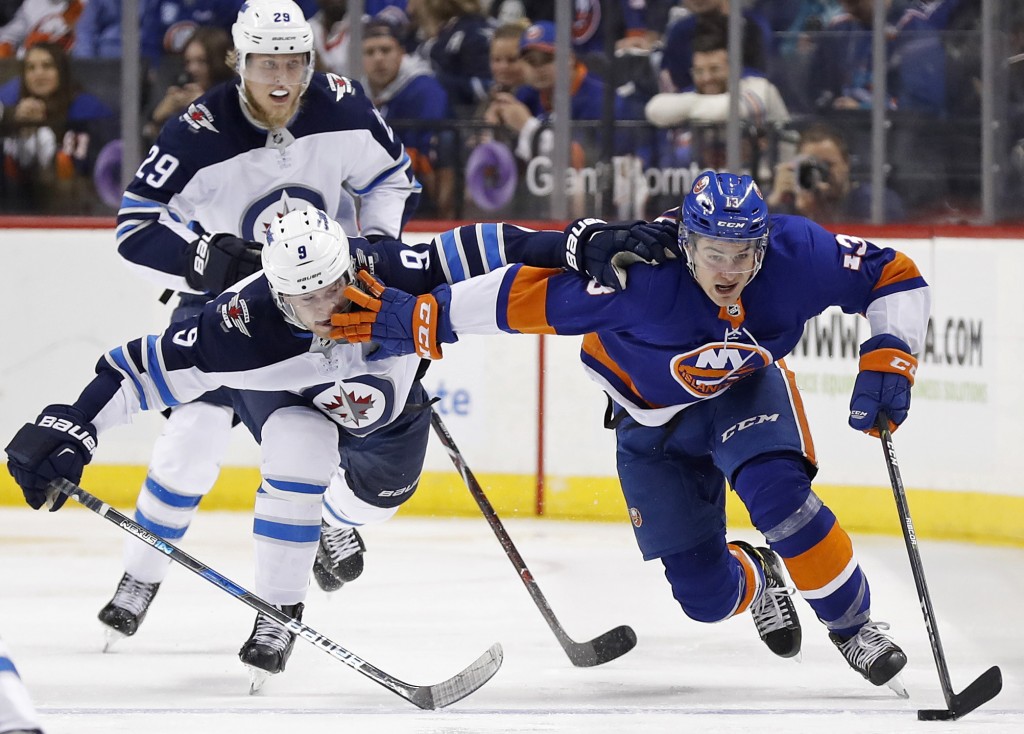 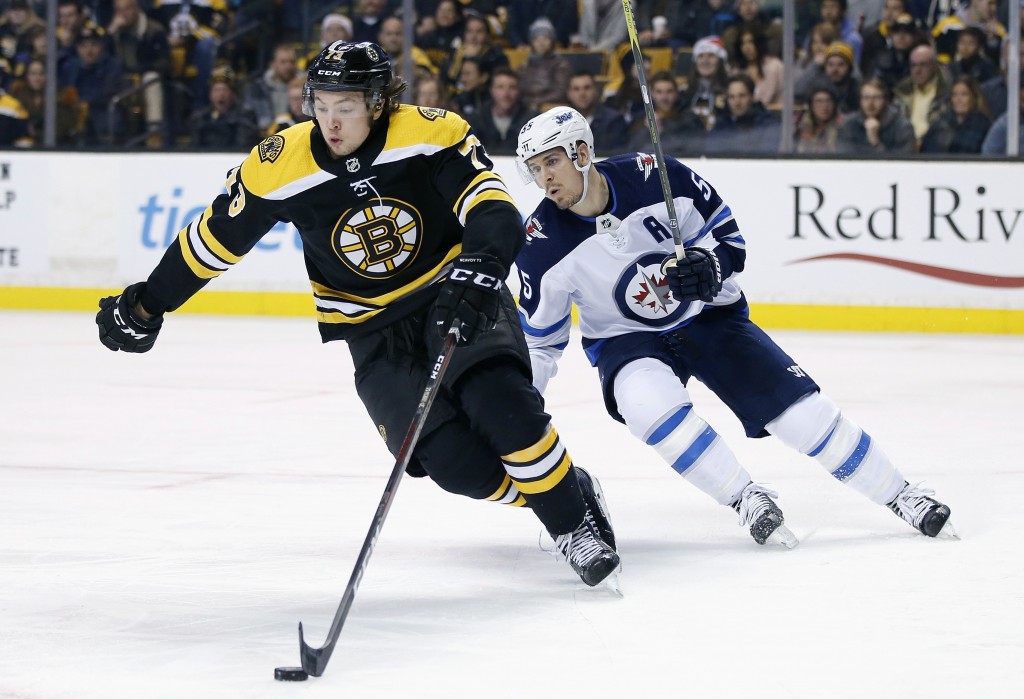 GLENDALE, Ariz. (AP) — The Arizona Coyotes expected Clayton Keller to be a key contributor as a rookie this season.

Few could have seen how big of an impact the 19-year-old forward would have out of the gate.

Crafty with the puck and blessed with good vision, Keller had a goal in his first game of 2017-18 and was the NHL's leading rookie scorer the first month of the season with nine goals and 15 assists.

The No. 7 overall pick in the 2016 draft hit a dry spell in December, going 17 games without a goal, but continued to create when he wasn't scoring. He had the game-winning goal in overtime against Washington last week and leads the Coyotes with 13 goals and 16 assists.

Here's a look at some of the other top rookies in the NHL this season:

The 23rd overall pick of the 2015 draft opened some eyes last season, notching four goals and an assist in nine games. He's kept that pace going this season, leading all rookies with 20 goals, and he had a hat trick during a four-point game against Pittsburgh on Nov. 4.

Boeser became the fastest Vancouver rookie to reach 20 goals, doing it in 34 games, and he's one of the favorites to win the Calder Trophy, awarded to the league's top rookie.

Barzal had an uneventful stint in the NHL last season, failing to register a point in two games with the Islanders.

This season, the playmaking 20-year-old has been racking up the points as a second-line center.

Prior to Wednesday's games, Barzal was the NHL's leading rookie scorer with 35 points and was third in goals with 12, including a hat trick against Winnipeg last Friday. He has quickly become the cornerstone of the future for the Islanders.

Skating next to Zdeno Chara, McAvoy doesn't look all that big. Then again, almost no one does next to Boston's 6-foot-9 defenseman.

But McAvoy is sturdily built at 6 feet, 208 pounds and so is his game.

The 14th overall pick of the 2016 draft, McAvoy has a solid all-around game and has been heavily leaned on by coach Bruce Cassidy, logging an NHL rookie-high 23:13 of ice time per game. The 19-year-old has played steady defense and chipped in five goals with 14 assists.

The No. 1 overall pick earlier this year played well enough to earn a roster spot coming out of training camp.

Hischier, who turns 19 on Jan. 4, has centered New Jersey's top line and is tied with Keller for third among rookies in assists with 16.

Hischier recently had a six-game pointless streak and hasn't had a goal since Nov. 27 (five total), but the Devils like his creativity and decision-making at such a young age.

Vegas' decision to take Pittsburgh goalie Marc-Andre Fleury in the expansion draft was seen as a big step toward helping the Golden Knights have some success in their first year as a franchise.

Vegas has exceeded expectations, becoming arguably the NHL's biggest surprise by leading the Pacific Division, but first-year goalie Subban has been the key cog. The 24-year-old from Toronto has become a fan favorite along the Strip and won eight of his 10 starts to lead all rookies despite missing a month with a lower-body injury.

At 5-7, 165 pounds, the Blackhawks' 20-year-old winger is not going to overpower anyone. He can weave his way through and race past defenders, as he's shown so far this season.

A second-round pick in 2016, DeBrincat is tied for third among rookies with 12 goals and is fifth with 23 points. He's also spent time on Chicago's top line with Jonathan Towes and Brandon Saad, and had a hat trick against Anaheim on Nov. 27.