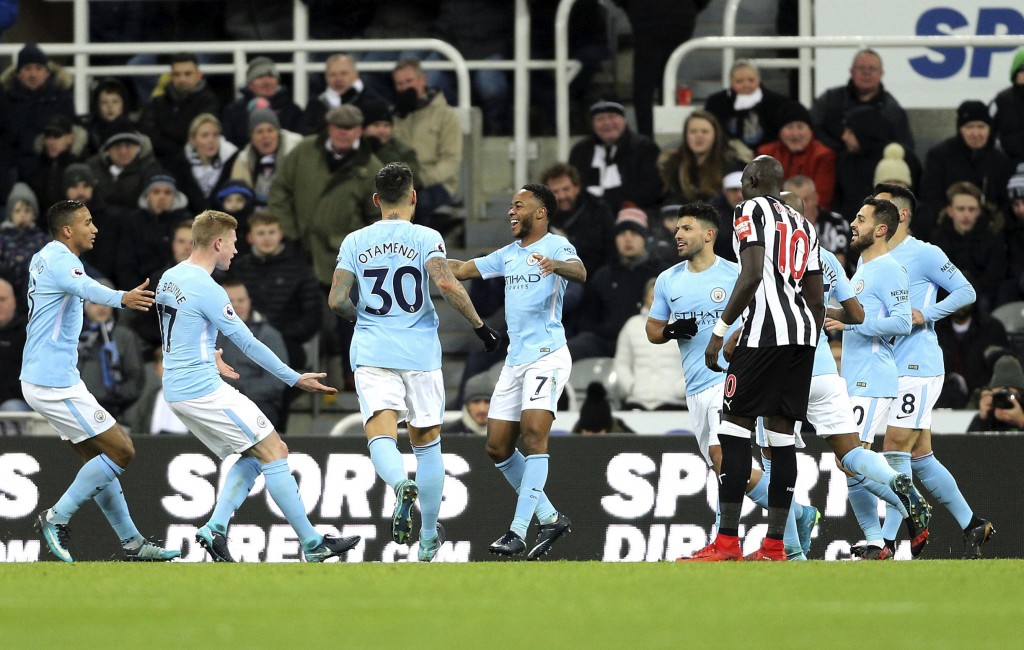 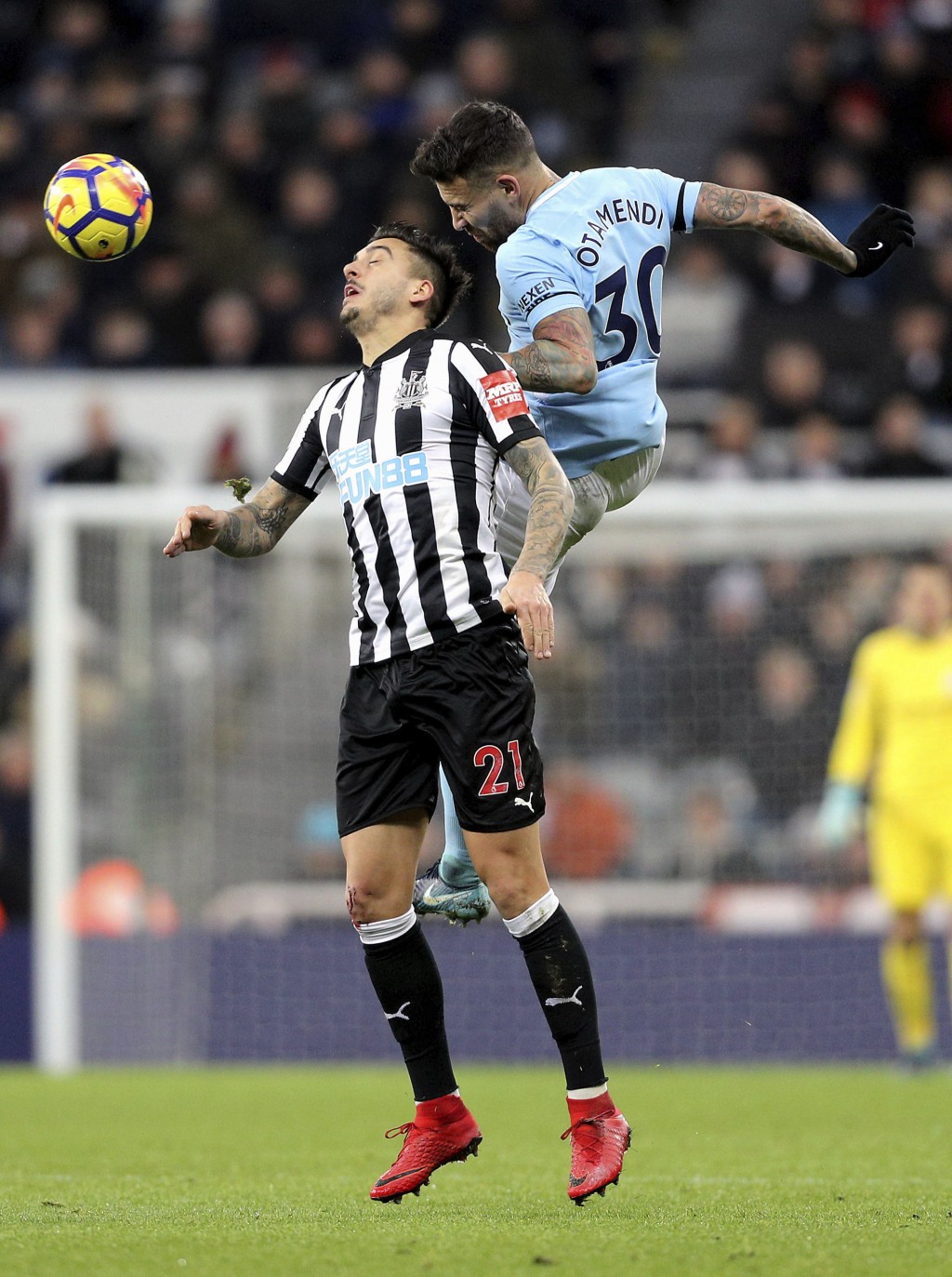 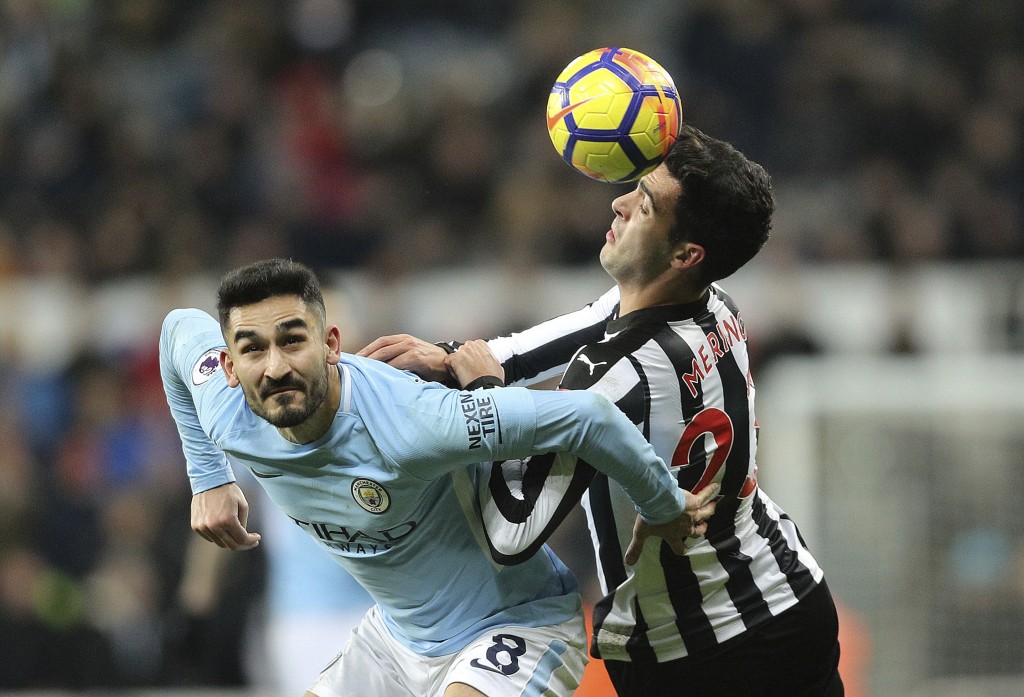 NEWCASTLE, England (AP) — Manchester City moved 15 points clear at the top of the English Premier League as it extended its winning run to 18 games at Newcastle on Wednesday.

Raheem Sterling's 31st-minute strike was all the leaders had to show for a dominant display in front of a crowd of 52,311 at St James' Park. The Magpies' ultra-conservative approach frustrated them despite their wealth of possession.

But ultimately the 1-0 win was enough on a night when Rafael Benitez's men slipped to a fifth consecutive home defeat for the first time since 1953. It might have been worse had referee Andre Marriner taken a dimmer view of Jacob Murphy's first-half challenge on Ilkay Gundogan.

Newcastle's game-plan was predictably cautious as all 11 men not only got behind the ball, but within 35 yards of their own goal for much of the first half. They challenged City to break them down, which they almost did when Sergio Aguero stabbed Fernandinho's seventh-minute cross against the post.

For all of City's utter domination of possession, it was hardly able to stretch the hosts decisively, although goalkeeper Rob Elliot had to claw away Aguero's 17th-minute header and then come from his line to block Jesus' effort at point-blank range.

The deadlock was broken when Sterling ran on to Kevin de Bruyne's return pass and scuffed the ball past the keeper with the studs of his left boot.

Newcastle might have been back in it had defender Nicolas Otamendi not cleared Rolando Aaron's chipped effort off the line 10 minutes before the break.

There was no change in the pattern of the game after halftime. City came close but the massed ranks of black and white continued to scrap.

De Bruyne struck a post and defender Jamaal Lascelles headed just wide of his own goal with Elliot stranded as City went for the kill.