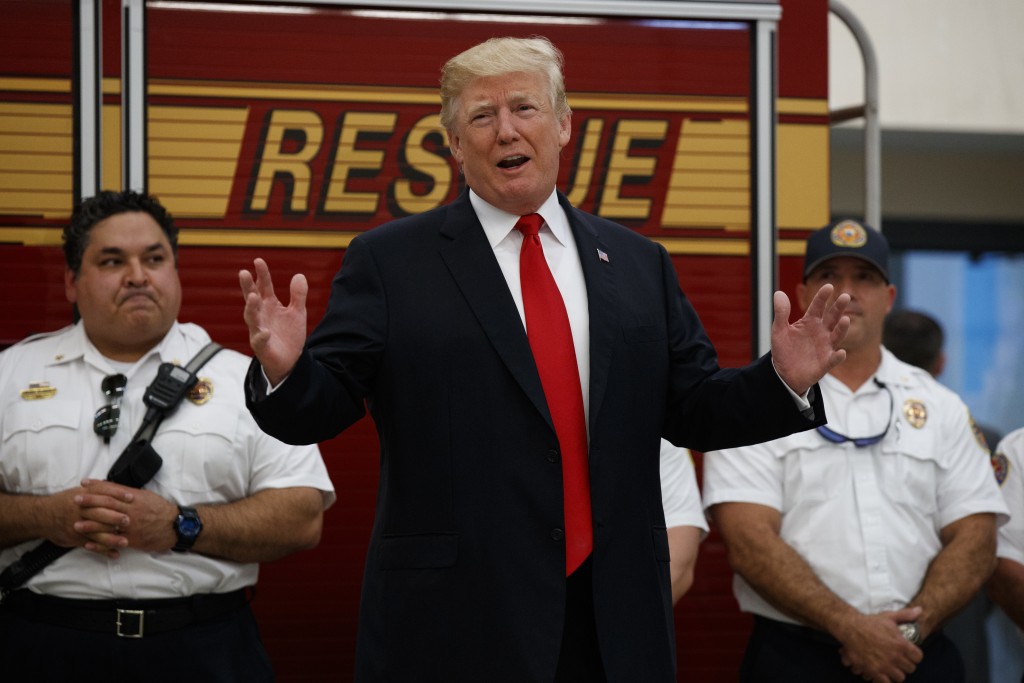 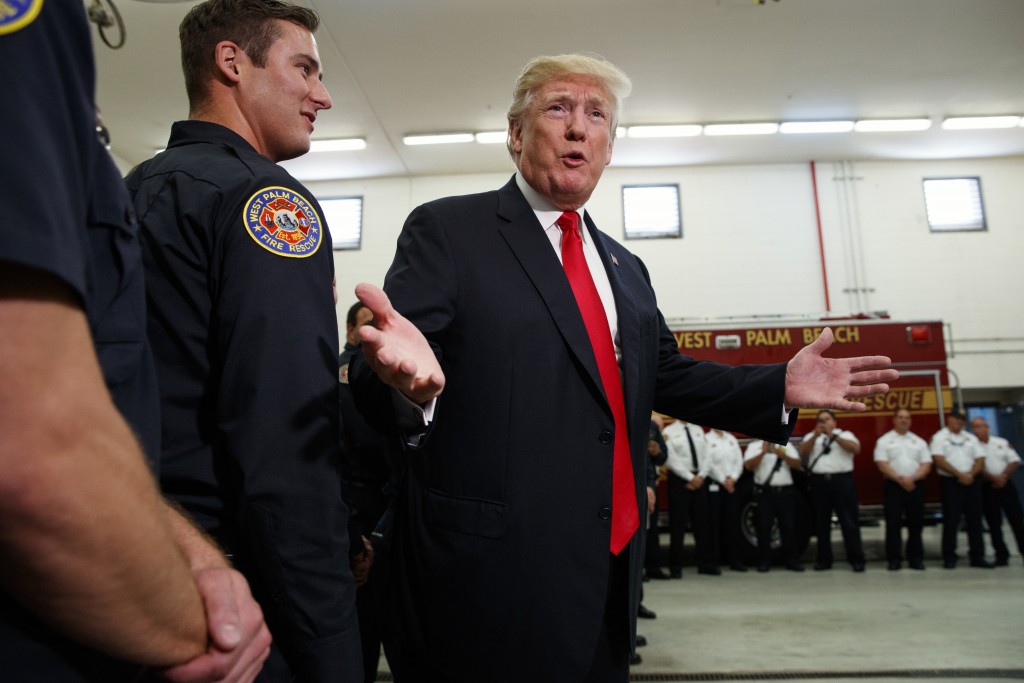 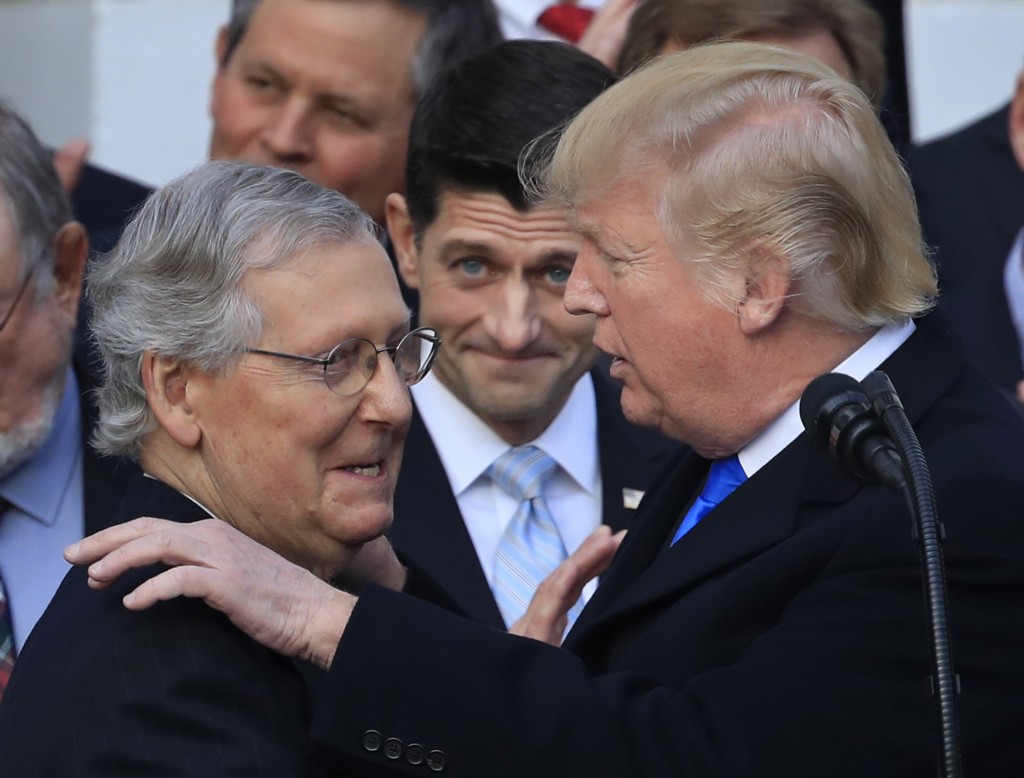 Trump is touting his legislative accomplishments, including the GOP tax bill, before the first responders stationed at West Palm Beach Fire Rescue.

The president says the firefighters are "great people" who do "a fantastic job," and he is thanking them for their service.

He says the United States is a "big, beautiful ship" that his administration is turning around.

Trump is spending the holidays at his private Mar-a-Lago estate and club in Florida.

President Donald Trump plans to start off the new year by meeting with the Hill's top Republicans to plan the 2018 legislative agenda.

The White House says Trump will host Senate Majority Leader Mitch McConnell and House Speaker Paul Ryan at the Camp David presidential retreat during the weekend of Jan. 6-7. Representatives for both lawmakers have confirmed they will attend.

The pow wow follows enactment of legislation to cut taxes — beginning next year — for corporations and individuals. The bill marked a major legislative achievement for Trump and congressional Republicans, who made tax cuts a priority after the Senate failed to close the deal on repealing the Obama health care law.

Trump signed the tax cut bill last week before he flew to Florida for the holidays.