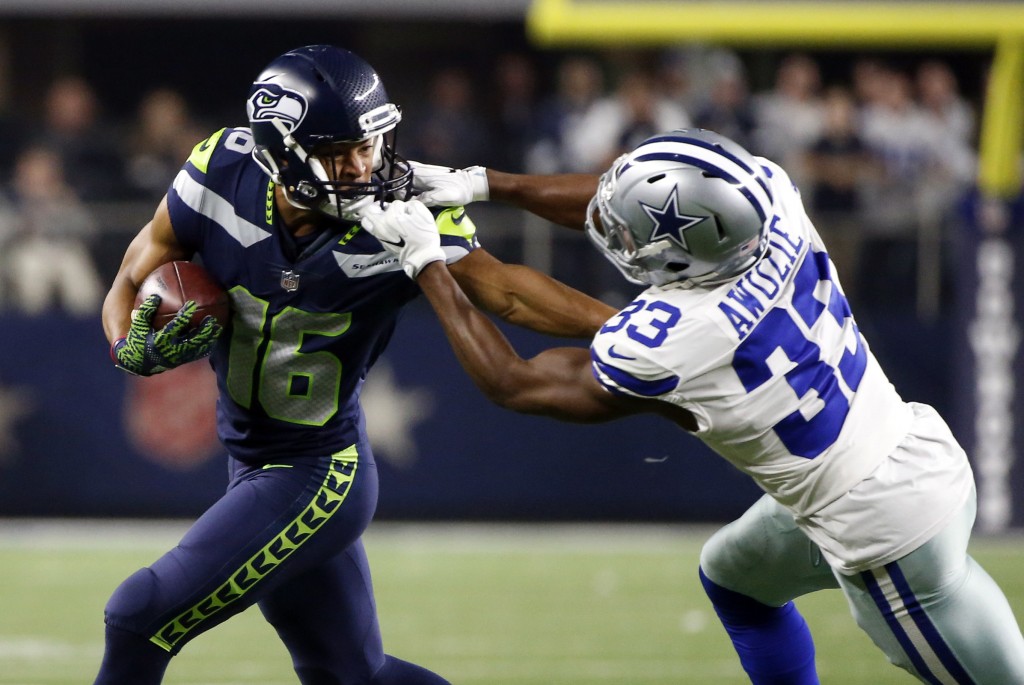 It was one of the great Super Bowls ever, a dramatic comeback win that cemented forever the legacies of Tom Brady and the New England Patriots.

No one could have predicted February's game could very well have been the NFL's last great defining moment.

A league that once seemed untouchable is under siege as the turbulent 2017 regular season draws to a close. A tsunami of troubles — some self-inflicted — have been washing over the NFL, and for the first time in a half century or so the league's warts are on prominent display.

The national anthem controversy has hurt far more than the league is willing to admit, reaching all the way into the White House. And despite measures taken to protect player brains, it's increasingly clear that there is little anyone can really do about concussions in a very violent sport.

Turn on the TV on any given Sunday and there are wide swatches of empty seats in stadiums in some cities. The television audience itself is down, though commissioner Roger Goodell says it is only off about 1 percent for the year.

There's infighting among owners that spilled out in a very public way over Goodell's new contract extension. And there's a good chance players won't be so docile when their 10-year deal expires after the 2020 season and demand guaranteed contracts like players get in almost every other sport.

Even the official pizza of the NFL appears to be in trouble. Papa John's founder John Schnatter blamed "poor leadership" by the NFL in dealing with the anthem controversy for a drop in recent quarterly profits, only to have the company apologize later on Twitter for saying the protests should have been stopped.

That the NFL is having issues isn't anything new. The league has had to deal with other controversies in recent years, ranging from Deflategate to the way it deals with domestic violence accusations against players.

But this seems different. These, for the most part, are systemic issues that seem immune to easy solutions.

Basketball great Kareem Abdul-Jabbar was thinking along those lines recently when he wrote an op-ed piece predicting that the NBA would one day supplant the NFL as America's favorite sports league.

That might be a stretch, but the argument could be made that the very violence that made the league so attractive over the years may end up being part of its eventual undoing.

"A broken arm or cracked rib is one thing, the scars that prompt bragging rights, but widespread permanent brain damage that affects players for the rest of their lives is beyond entertainment," Abdul-Jabbar wrote in the Guardian. "There is nothing sexy about depression and dementia."

No there isn't, and because we're now more enlightened about that it's no longer entertaining to watch players slam head-on into each other. The conundrum facing the league, though, is that without the very violence that is the core of the game football loses much of its appeal.

That same violence is also to blame for short career spans, which makes it hard for fans to identify with individual players. While the NBA is built on its superstars, NFL teams for the most part consist of interchangeable players that the average fan wouldn't recognize if they saw them on the street.

The game itself is also unwatchable at times, with way too many stoppages to look at plays in ways never imagined when instant replay first came into existence. No one seems to know just what a catch is anymore, or what causes replay officials in New York to micromanage things not seen by the naked eye.

Still, the NFL continues to draw TV audiences other leagues can only dream of. The Super Bowl gets 100 million viewers, a Sunday night prime-time game might draw 20 million, and even the Thursday night games are for the most part competitive in the national ratings.

And while there are plenty of empty seats in some markets, there are still sign-up lists for season tickets in others.

Americans still like to get their fix of football, but for how long?

A year that began on a high note with Brady and the Patriots overcoming a 25-point deficit to win the first overtime Super Bowl comes to an end with the NFL at a crossroads. There are perilous times ahead as the league tries to find a new balance and retain its appeal while at the same time court a new generation of fans.

The NFL hasn't killed the golden goose, far from it. That showed when city leaders in Las Vegas agreed to raise $750 million in tourist taxes to bring the Raiders to town beginning with the 2020 season.

There's a long way to go from the top of the mountain to wherever the NFL may end up 50 years from now.

But it sure seems like the downhill part of the journey has begun.