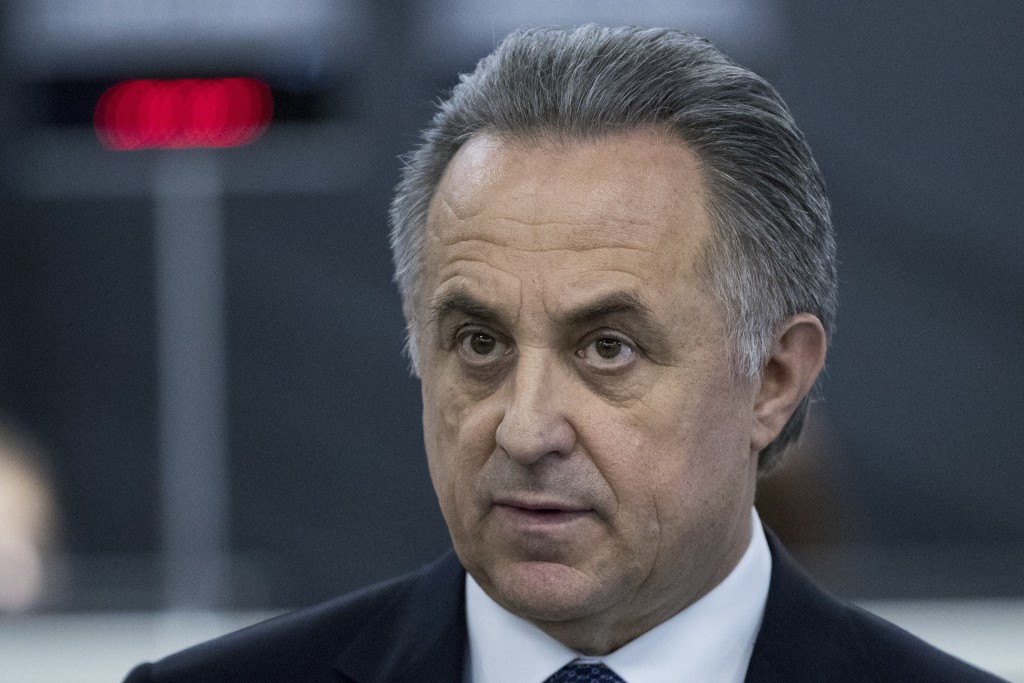 MOSCOW (AP) — Vitaly Mutko, a top Russian official who has been dogged by allegations of involvement in the Russian doping program, says he will step down as head of the organizing committee of the 2018 soccer World Cup.

Mutko told Russian news agencies on Wednesday that he would be replaced by another World Cup organizer, Alexei Sorokin.

Mutko's announcement comes two days after he said he would temporarily step down as president of the Russian Football Union in an apparent move to deflect international criticism as Russia prepares to host the World Cup next year.

Investigations by the World Anti-Doping Agency and the International Olympic Committee alleged that Mutko, who served as Russia's sports minister during the Games, was involved in a state-sponsored doping program during the 2014 Winter Olympics in Sochi. He has strongly denied all doping allegations.

The IOC didn't accuse Mutko of being personally involved in doping, but banned him from the Olympics for life, saying he and his ministry bore overall responsibility for "failure to respect" anti-doping rules.