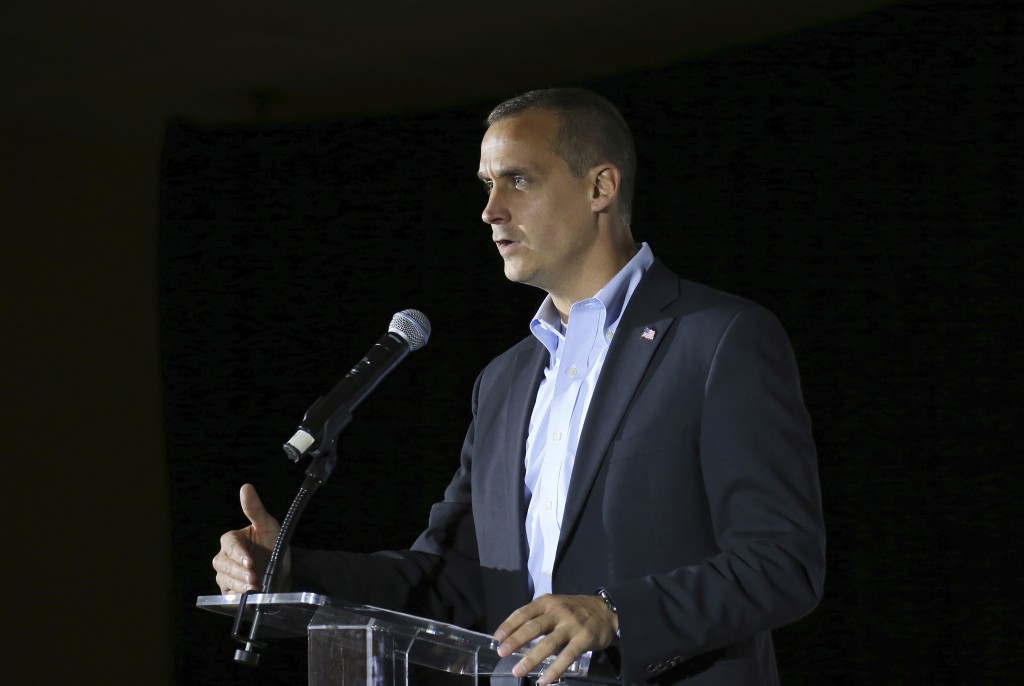 WASHINGTON (AP) — A singer and potential congressional candidate says she's filed a sexual assault complaint against President Donald Trump's former campaign manager for hitting her twice on her buttocks during a Washington gathering in November.

Joy Villa, a Trump backer who wore a "Make America Great Again" dress at the Grammys this year, says she plans to meet with detectives in Washington next week about the complaint against Corey Lewandowski.

In a phone interview from Tampa, Florida, Villa says initially she was reluctant to come forward because she was worried about backlash. But she says she notified authorities on Christmas Eve after a friend who witnessed the incident spoke about it publicly.

"I didn't know him at all," Villa said about Lewandowski. "I only knew him by reputation. He broke my trust."