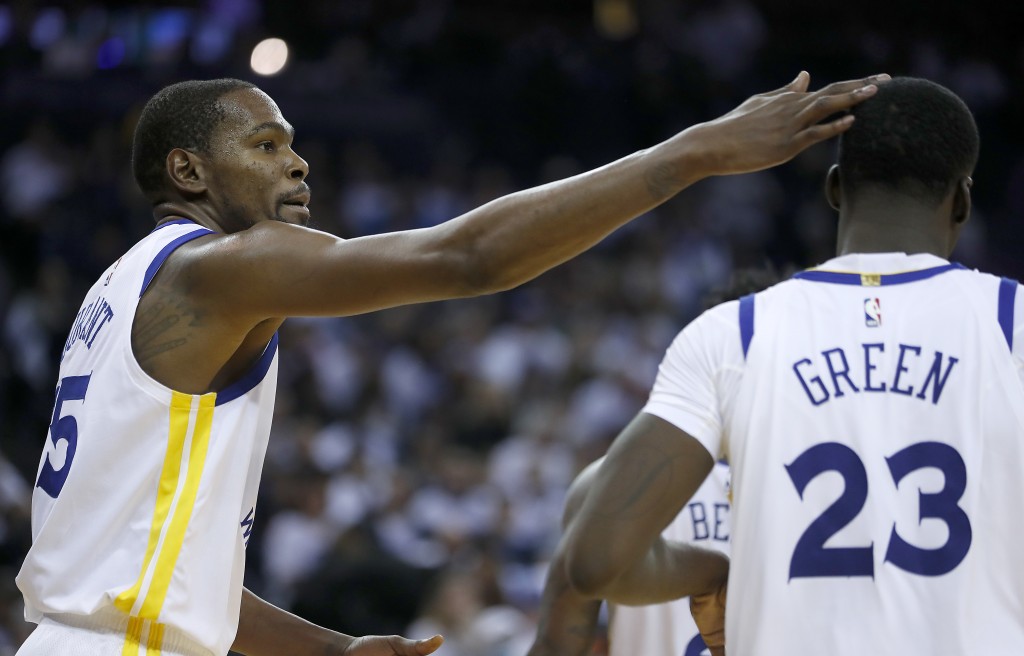 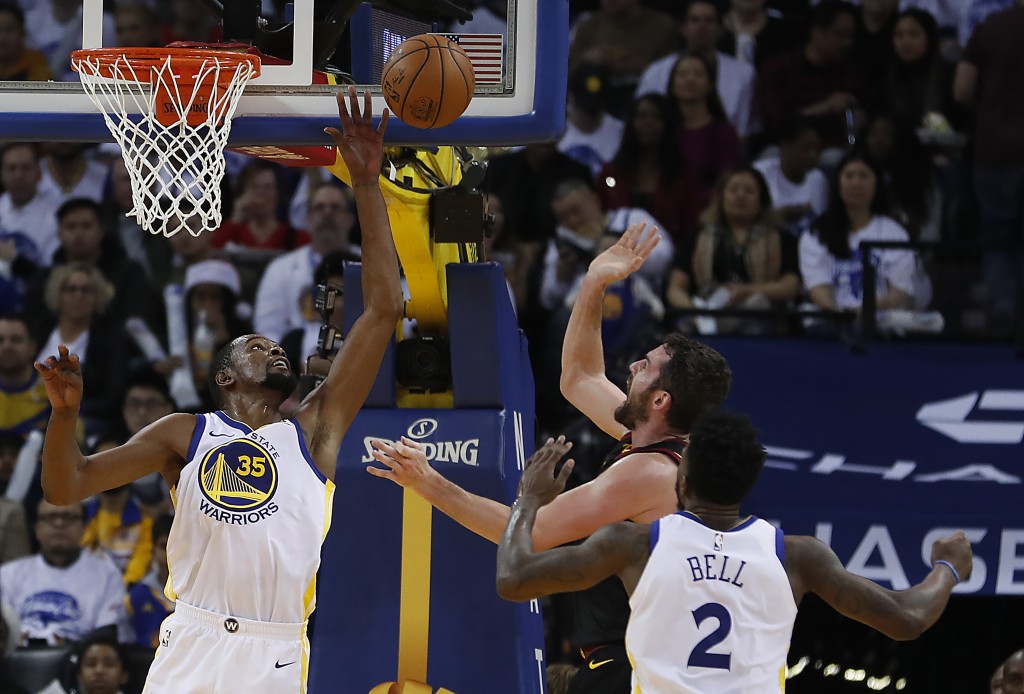 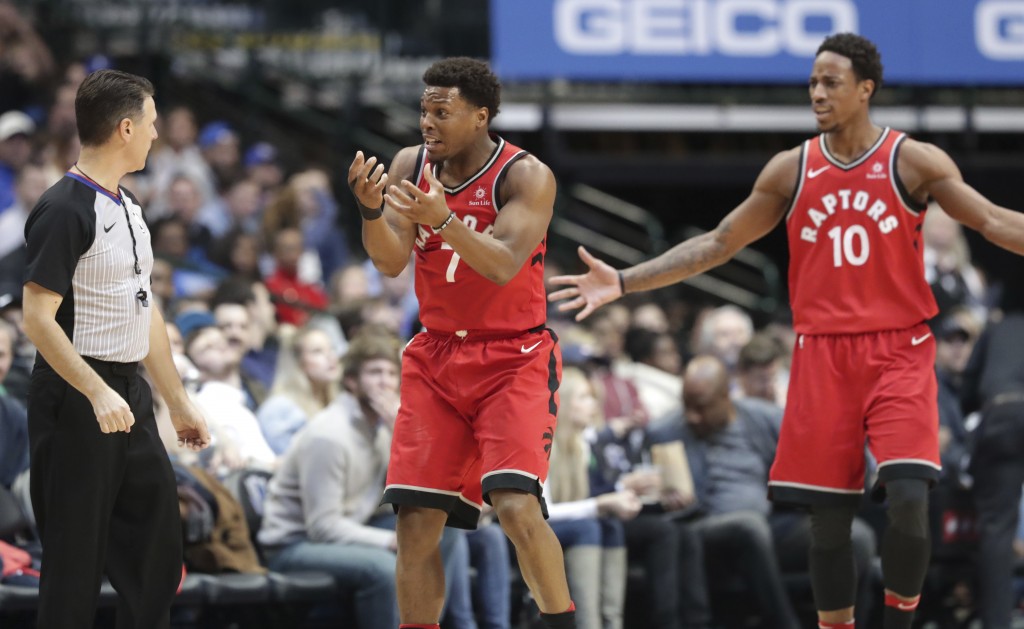 Stephen Curry is sitting, the Warriors aren't really scoring, and yet Golden State is still winning.

What happens when Curry and the offense come back?

The defending champions went into the season as favorites to repeat, though Boston and Houston looked like title threats while running off lengthy winning streaks and LeBron James has played some of the best basketball in his career.

Yet the Warriors have shaken off the injury to their two-time MVP and a few others to climb right back in their usual spot atop the NBA standings at 27-7. So as the calendar prepares to change, has anything changed with it since the preseason?

"I still would say, listen, I'll be absolutely shocked if somebody beats Golden State, but you know, injuries pop up," ABC/ESPN analyst Jeff Van Gundy said, using Curry's absence as an example.

"If an injury happens at the wrong time things change, and I think Houston has put themselves in great position, I think San Antonio has withstood the injury to (Kawhi) Leonard better than anyone could have expected, and Cleveland after a terrible start has played terrific basketball."

Curry has missed nine games with a sprained right ankle and the Warriors said Tuesday he would be re-evaluated Friday. The offense isn't fully clicking without him, as the Warriors have been held below 100 points three times in the last four games.

So they have turned themselves into stoppers, leading the league in defensive rating by allowing 100.8 points per 100 possessions and limiting the Cavaliers to 32 percent shooting in their NBA Finals rematch on Christmas.

"Well, it helps when you have guys like KD (Kevin Durant) and Draymond (Green) back there to clean up any missed assignments," All-Star Klay Thompson said. "They're so good at contesting every shot in the paint, blocking shots. They play with such great toughness."

If teams can't beat the Warriors when they're short-handed, it's hard to imagine anyone doing it when they're at full strength. But Van Gundy won't rule out the Rockets, who were wiping out all their opponents until Chris Paul was hurt again after 14 straight victories.

"I think they are an absolute legitimate contender," Van Gundy said. "I think the Western Conference finals will have the two best teams in it and I think whoever comes out of that will win the championship."

AND IN THE EAST

After Boston followed Cleveland's loss on Christmas, there was a new team leading the East.

Toronto's stay was short, as the Raptors lost 98-93 Tuesday in Dallas to fall back behind the Celtics by percentage points. But the Raptors did enough before that to convince at least one rival they belonged in the discussion with the top teams in the conference.

The Raptors had just swept a home-and-home series from Philadelphia, improving to 12-1 in Toronto.

"I said when I left, they just don't really (get) talked about like they should be talked about," 76ers coach Brett Brown said Monday. "They've won 12 out of 13, they've got an All-Star backcourt, (Serge) Ibaka is the real deal as a power forward, and you know they've been with each other for a while."

Toronto was dominant during those 13 games, averaging 113.9 points and outscoring teams by an average of 13.6 points. DeMar DeRozan was East player of the week last week after averaging 34 points.

He was limited to eight points on 3-for-16 shooting Tuesday. The Raptors will try to bounce back Wednesday at Oklahoma City — where Russell Westbrook was the West's player of the week.

COMING UP THIS WEEK

— Houston at Boston, Thursday. The Celtics (16 games) and Rockets (14) had the NBA's longest winning streaks this season.

— New York at San Antonio, Thursday. Gregg Popovich could tie George Karl for fifth on the wins list with his 1,175th victory.

STAT LINE OF THE WEEK

Enes Kanter, Knicks: 31 points, 22 rebounds Monday in a 105-98 loss to Philadelphia. Kanter tied his career high in rebounds, fell just short of it in points and joined Wilt Chamberlain, Bill Russell and Bob Lanier as the only players with a 30-20 game on Christmas, according to the Elias Sports Bureau.