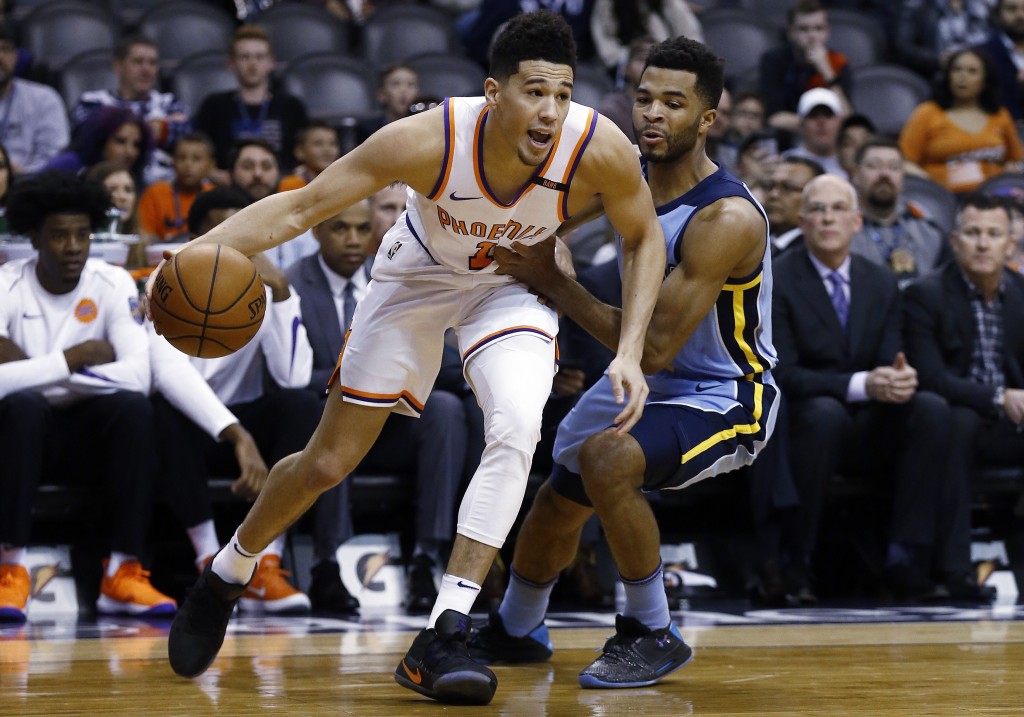 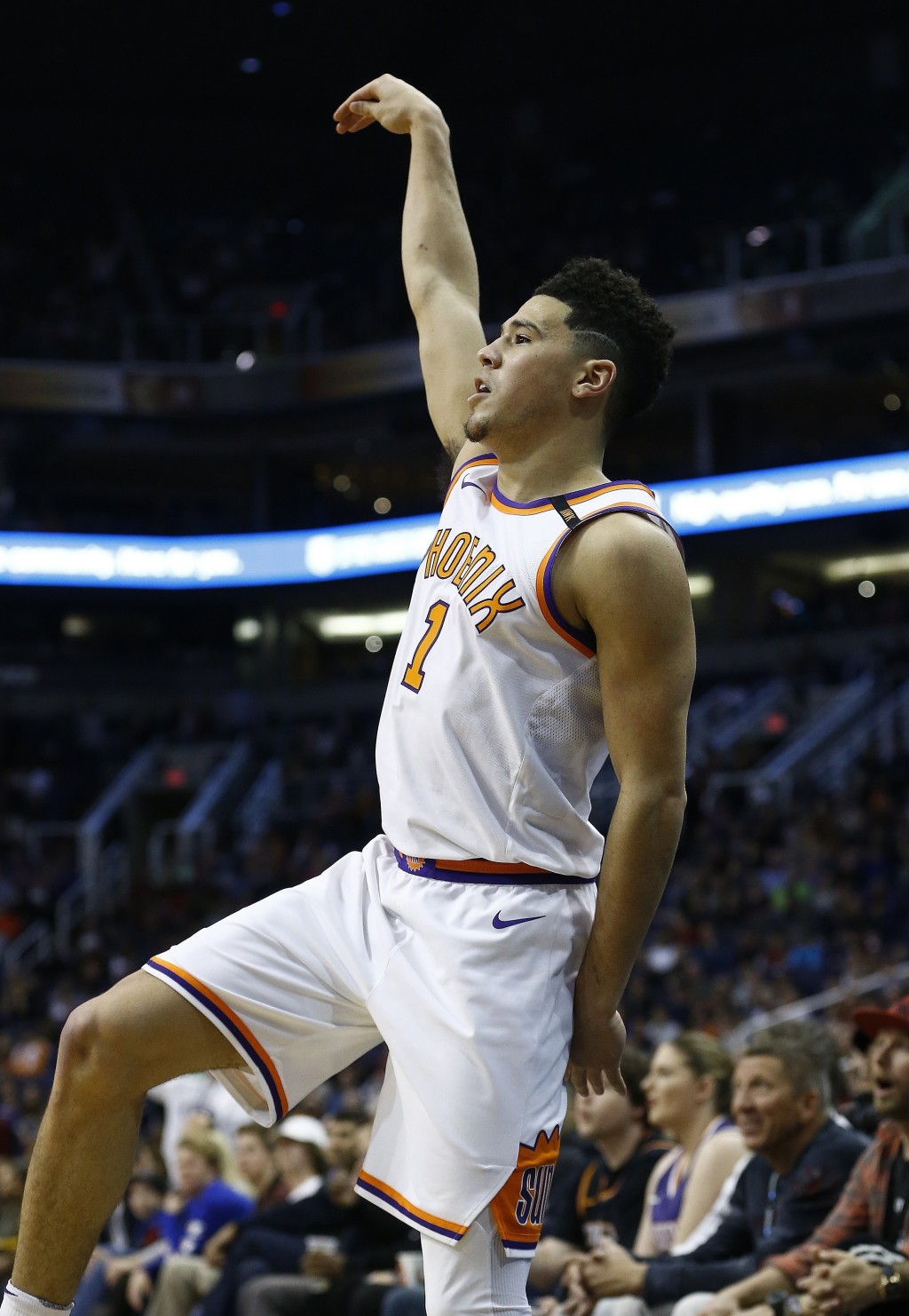 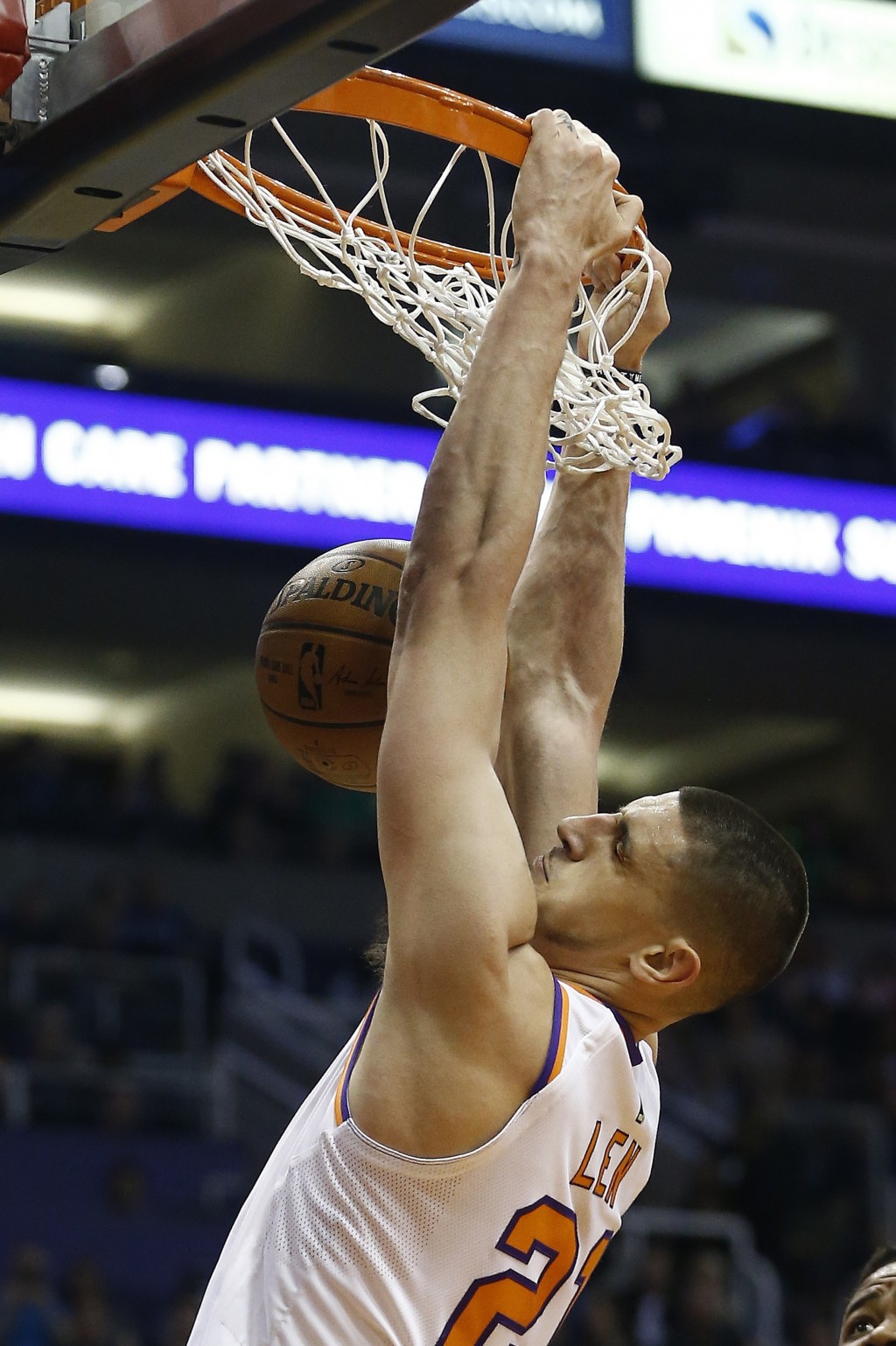 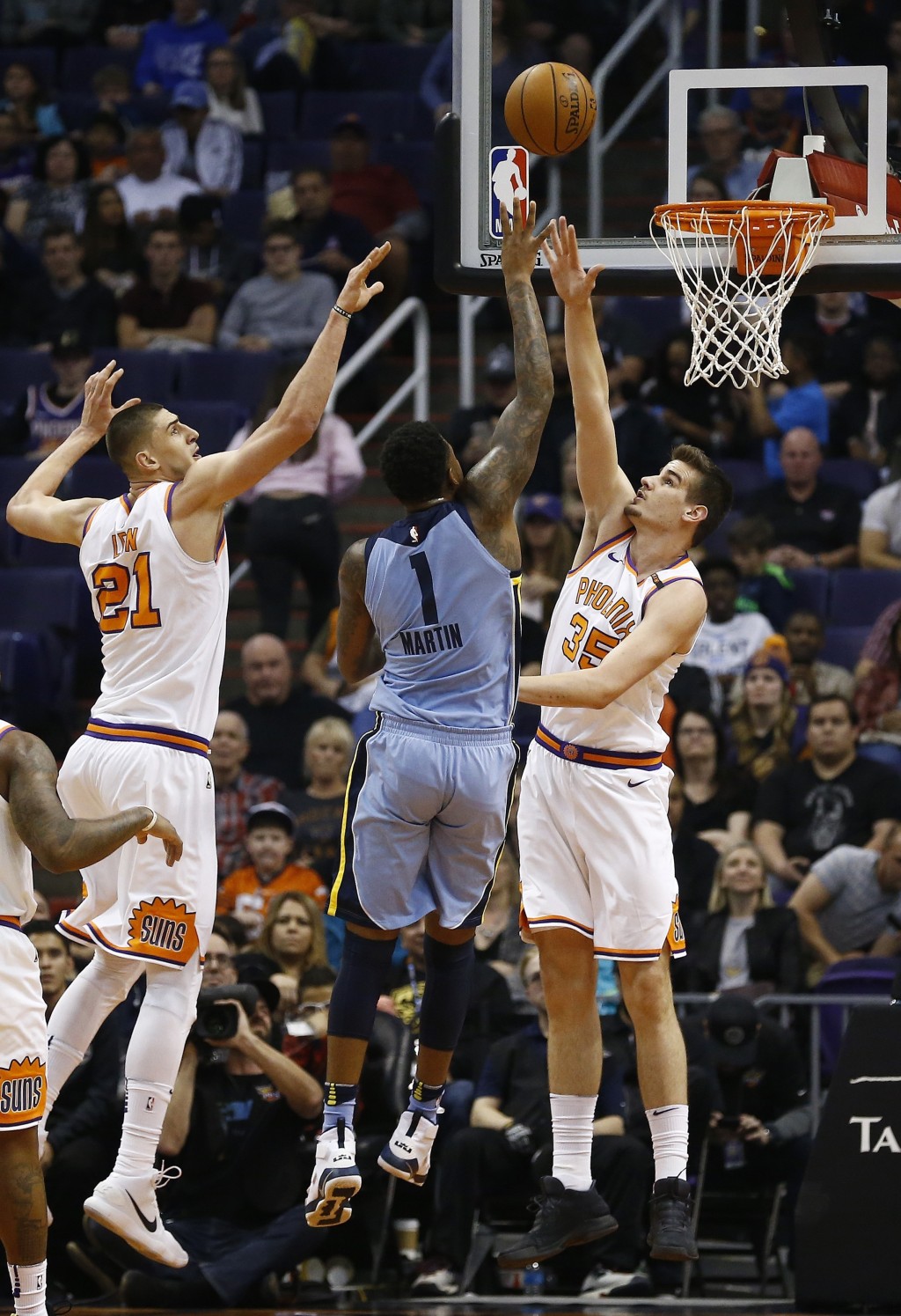 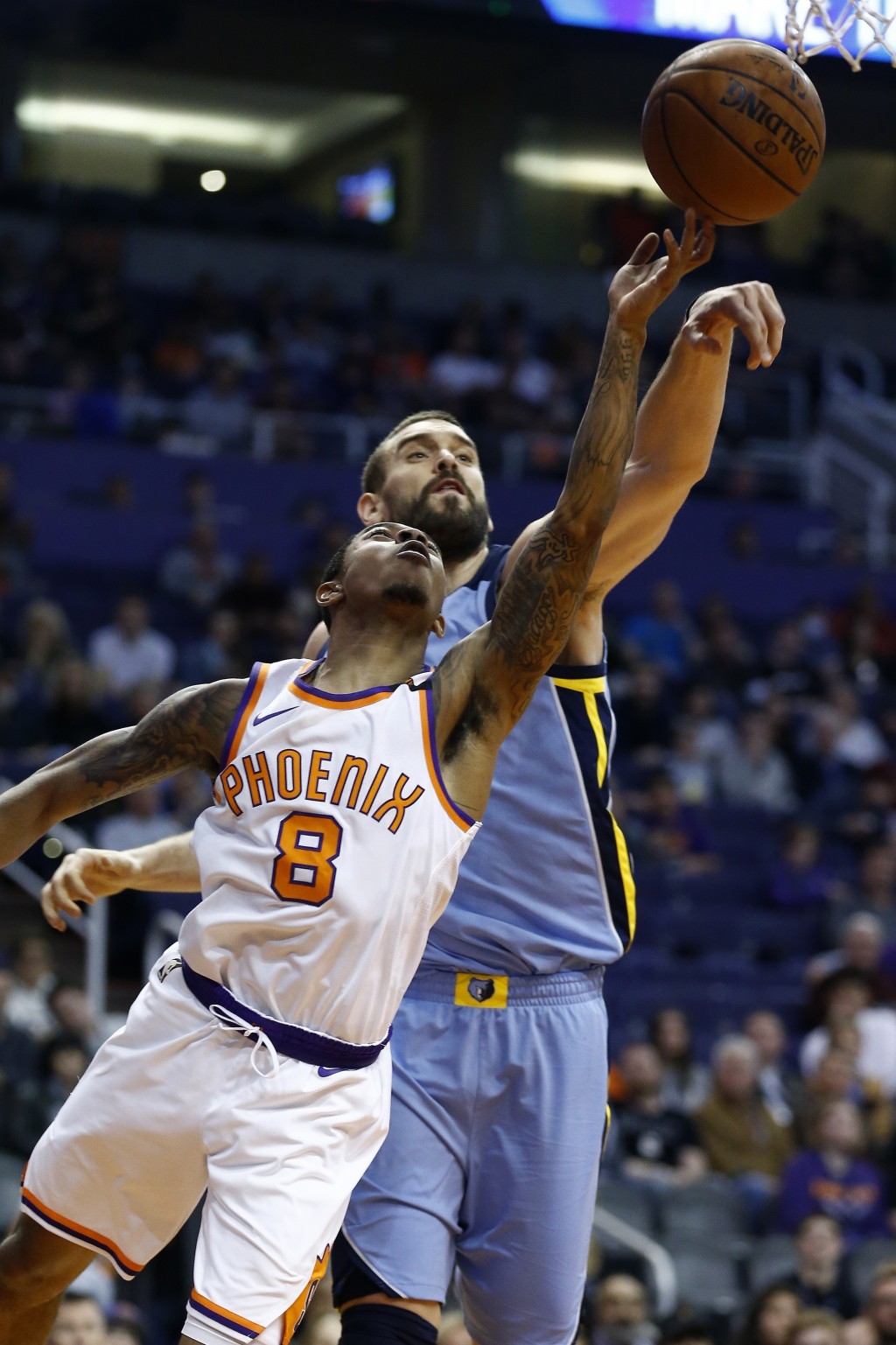 PHOENIX (AP) — Tyson Chandler dunked Dragan Bender's inbounds pass from the opposite sideline with 0.4 seconds remaining to give the Phoenix Suns a 99-97 victory over the Memphis Grizzlies on Tuesday night.

Bender threw a perfect pass and Chandler jumped over a defender to slam it down, though the play was reviewed by officials to see if there was offensive basket interference. After replay review, the basket counted, and Kobi Simmons missed the Grizzlies' last attempt to tie at the buzzer.

Devin Booker scored 32 points in his return from a three-week injury absence before fouling out in the final minute, but the Suns needed one final play after Jarell Martin slammed in a rebound with 0.6 seconds remaining to tie it at 97.

The Suns beat the Grizzlies in a tight game at home for the second time in six days after handing them a 97-95 defeat on Dec. 21. Phoenix has won four of its last six games while Memphis has lost nine of 11.

The Suns used a 13-0 run to turn a four-point deficit into a 91-82 lead midway through the fourth quarter. The Grizzlies went nearly six minutes without a point.

But Booker fouled out with 41 seconds to go and Memphis cut it to 96-95 when Tyreke Evans made a layup with 6.2 seconds left.

Evans had 25 points for the Grizzlies, who got 18 from Marc Gasol.

The Grizzlies trimmed the deficit to 57-53, at halftime. Booker scored 20 points in the first half.

Grizzlies: F Chandler Parsons was held out for rest, the third game in the past five in which he didn't play. ... F JaMychal Green missed his second straight game with right knee soreness. ... G Mike Conley missed his 22nd consecutive game with a left Achilles tendon injury. "He's still working. He's on the trip with us now, so he's improving," coach J.B. Bickerstaff said. "We don't have a (return) date set yet, but he's making steps in the right direction."

Suns: Jay Triano reached 100 career victories as an NBA coach. He has 13 with the Suns and 87 with Toronto. He joins six other coaches in Suns history with at least 100 wins. ... The Suns' bench averaged 51.4 points per game as a unit over five previous games, but combined for 29 with Booker's return Tuesday. ... C Greg Monroe, who had 12 rebounds, eight points and seven assists the last time the teams met, did not play.

Bender had the assist of the night, his only one of the game. Booker threw three lobs to the rim for dunks as part of his four assists. Two went to Chandler in the first quarter and one toss found Marquese Chriss for a jam with 4:47 left in the second.

The game was delayed for a few moments before the start of the second quarter while officials deliberated about the score. It originally read 29-21 when the first quarter ended, but was changed to 29-19.

Suns: At Sacramento on Friday.