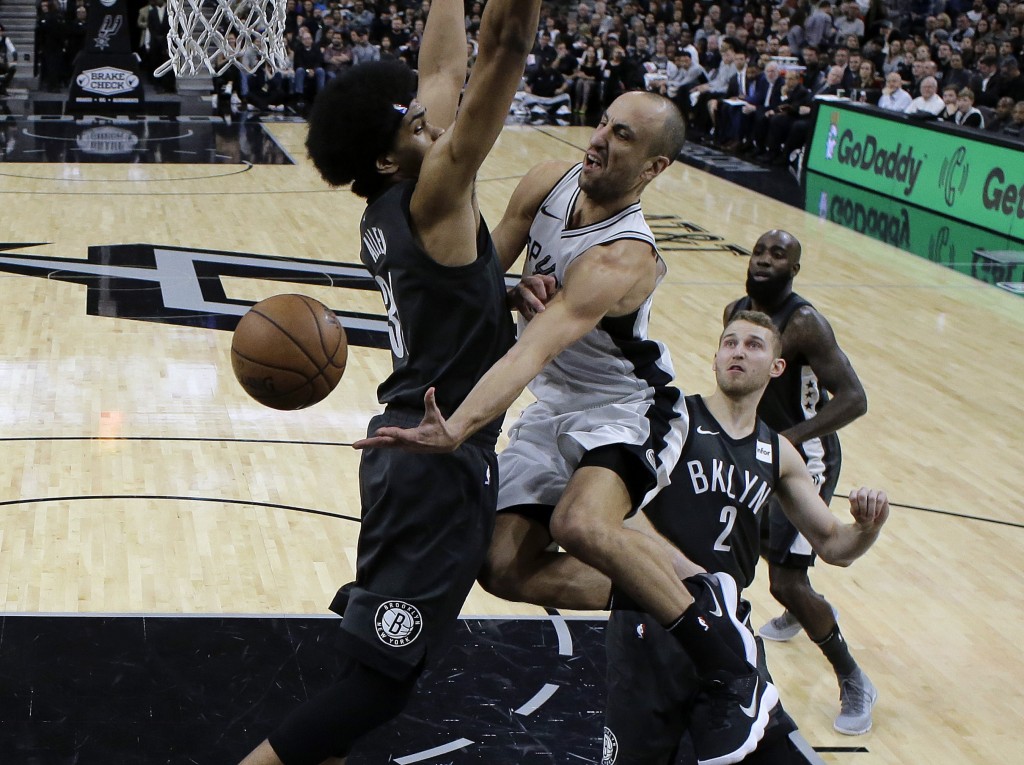 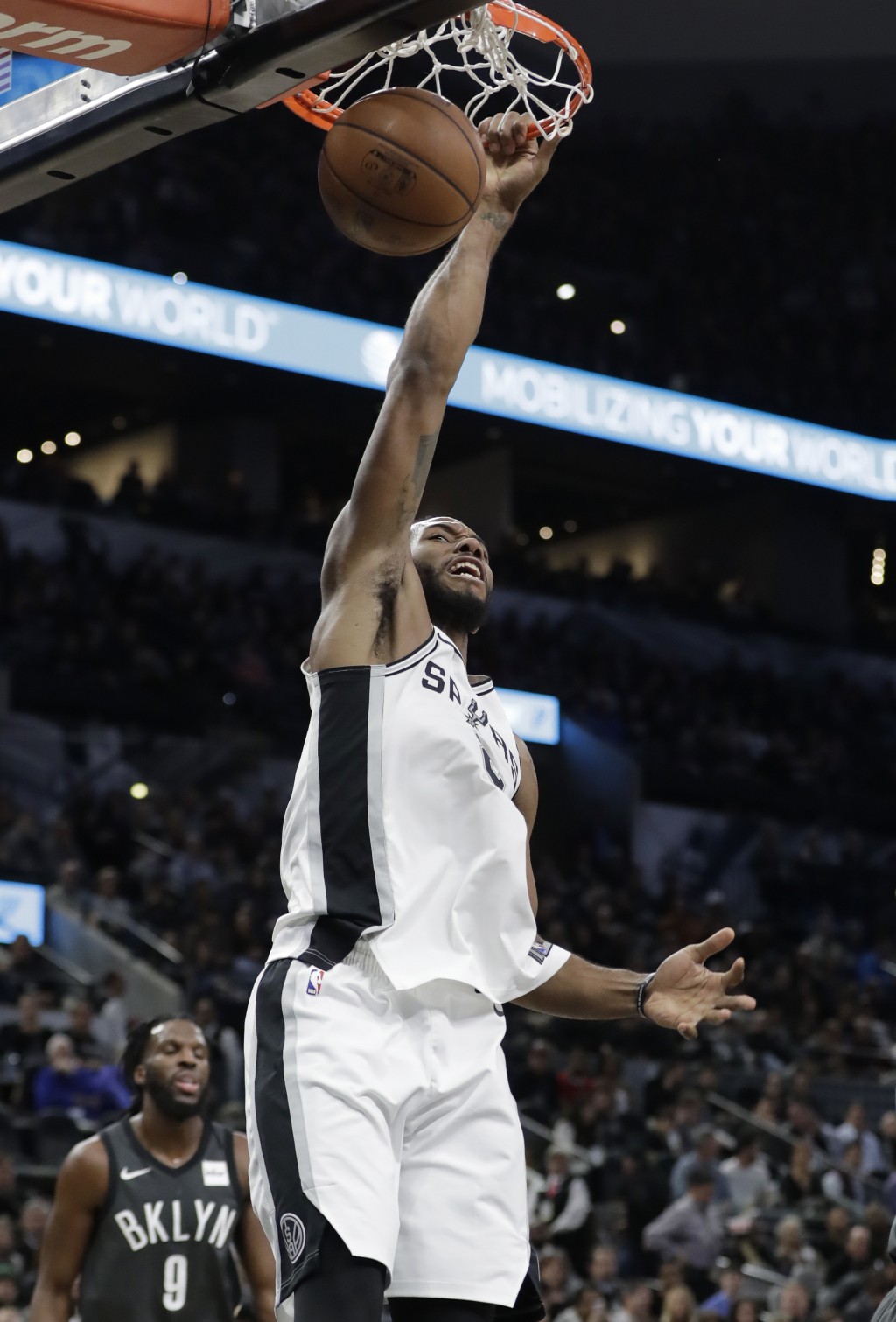 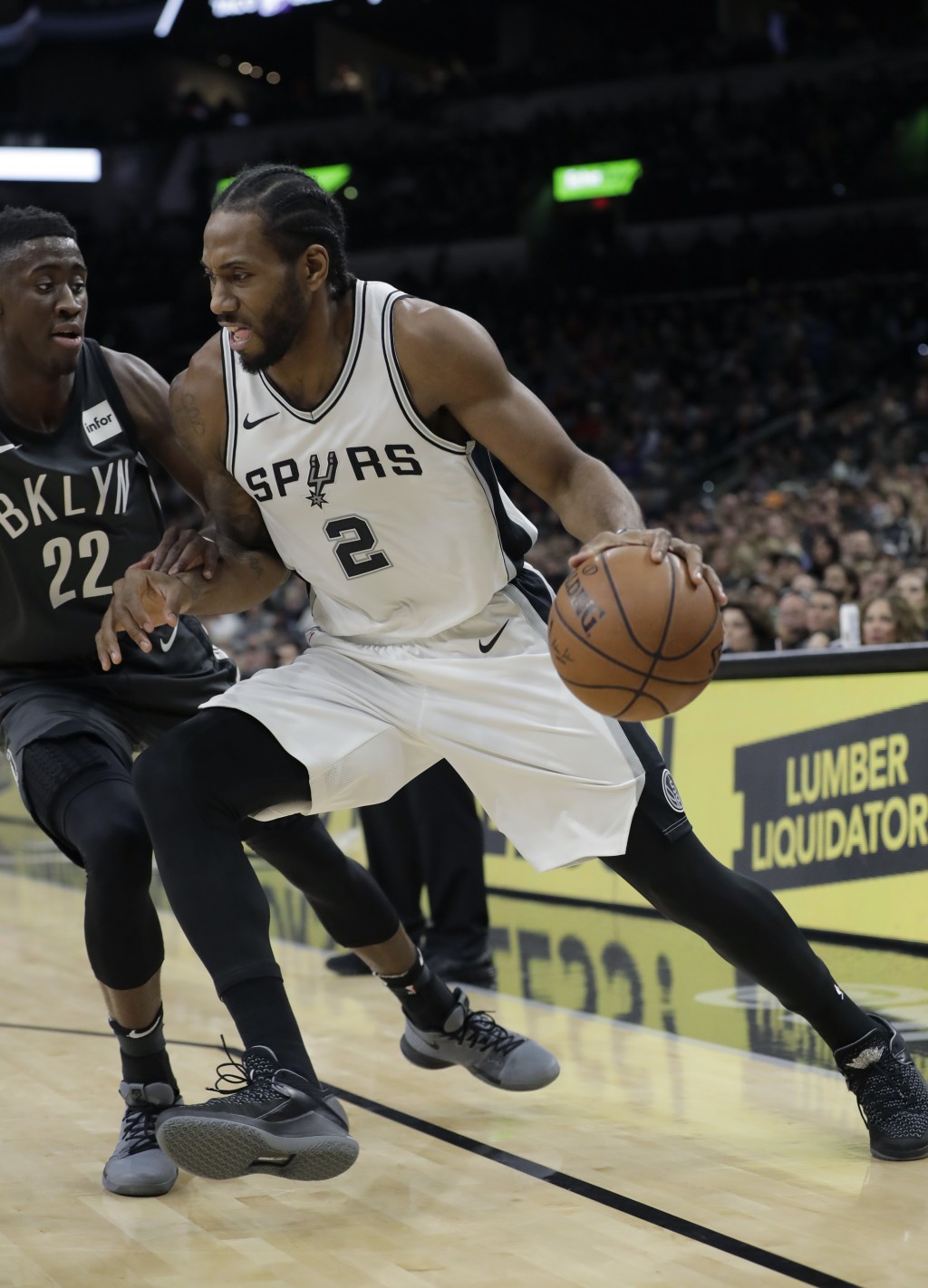 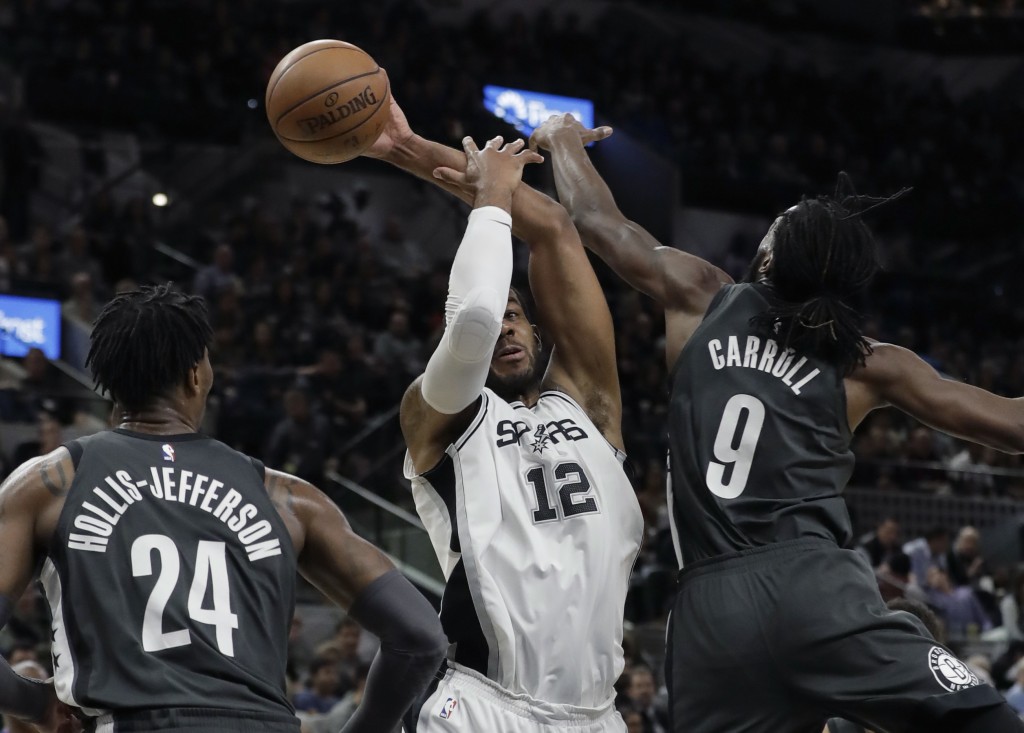 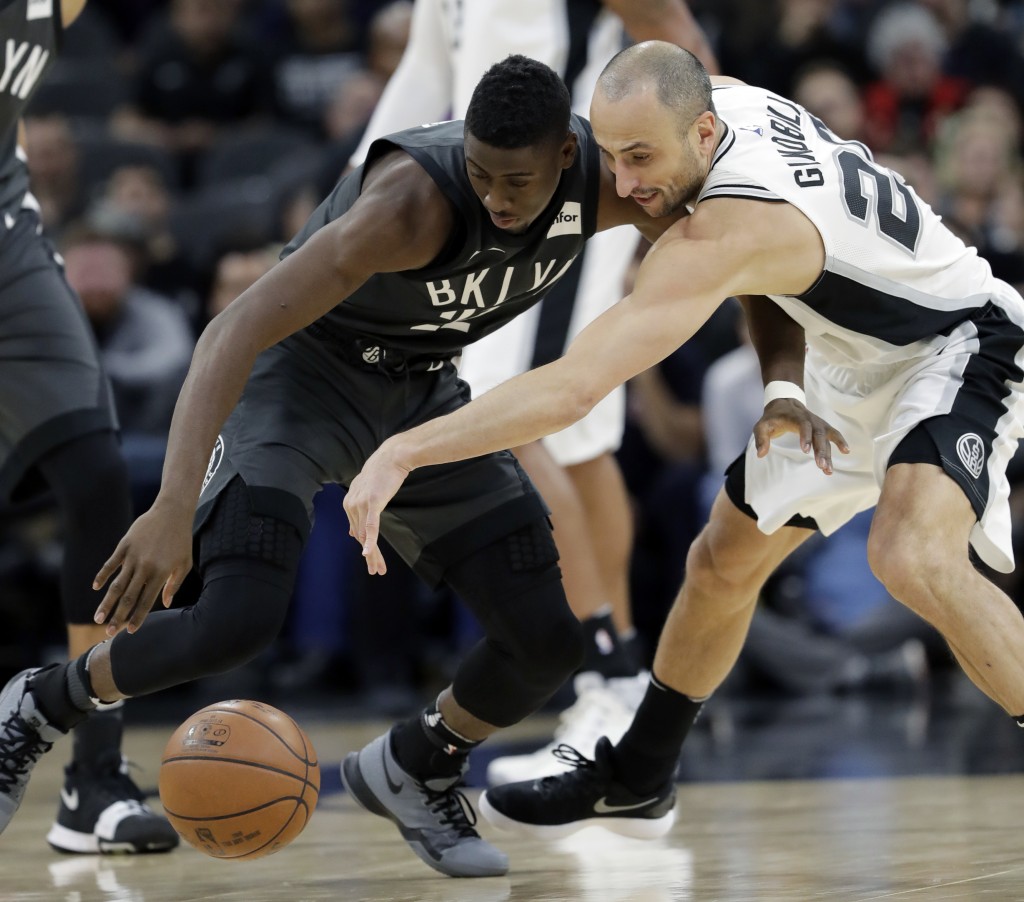 SAN ANTONIO (AP) — Kawhi Leonard scored 21 points, LaMarcus Aldridge added 20 and the San Antonio Spurs beat the Brooklyn Nets 109-97 on Tuesday night in their first game of the season with every player healthy and available.

San Antonio is third in the Western Conference at 24-11 despite being without Leonard and/or Tony Parker for 30 games this season.

Playing with a full roster for the first time led to some hesitation, as the Spurs scored just 19 points in the opening quarter while trying to involve all their scoring options. San Antonio settled into a rhythm, shooting 51 percent overall in capturing its 15th straight win at home over Brooklyn.

Pau Gasol added 15 points, Parker had 14 and Patty Mills and Manu Ginobili each had 11 for the Spurs.

Playing in just his fifth game, Leonard was 8 for 17 from the field in scoring a season high.

The Nets were able to keep pace early despite injuries to their top two point guards, D'Angelo Russell and Jeremy Lin.

Nets: Russell has not played since Nov. 11, missing his 20th straight game. He is expected to be back in the first half of January after undergoing left knee surgery Nov. 17. . The Nets are 4-41 on the road against the Spurs in franchise history. Their last win in San Antonio in the regular season was a 92-86 victory on Jan. 22, 2002, at the Alamodome. . Nets coach Kenny Atkinson was assessed a technical foul with 6:45 left in the third quarter after bolting from his seat and running to midcourt to protest an offensive foul call on Crabbe.

Spurs: San Antonio coach Gregg Popovich has 1,174 career victories, placing him one shy of tying George Karl for fifth all-time. . Gasol collected his 10,817th rebound, moving him past Jack Sikma for 30th in league history. . Aldridge has led the Spurs in scoring 28 times in 33 games after doing so a combined 37 times in his first two seasons with the team. . The Spurs are 16-2 at home, the league's best home record.

Nets: Visit New Orleans on Wednesday night in the third game of a five-game road trip.