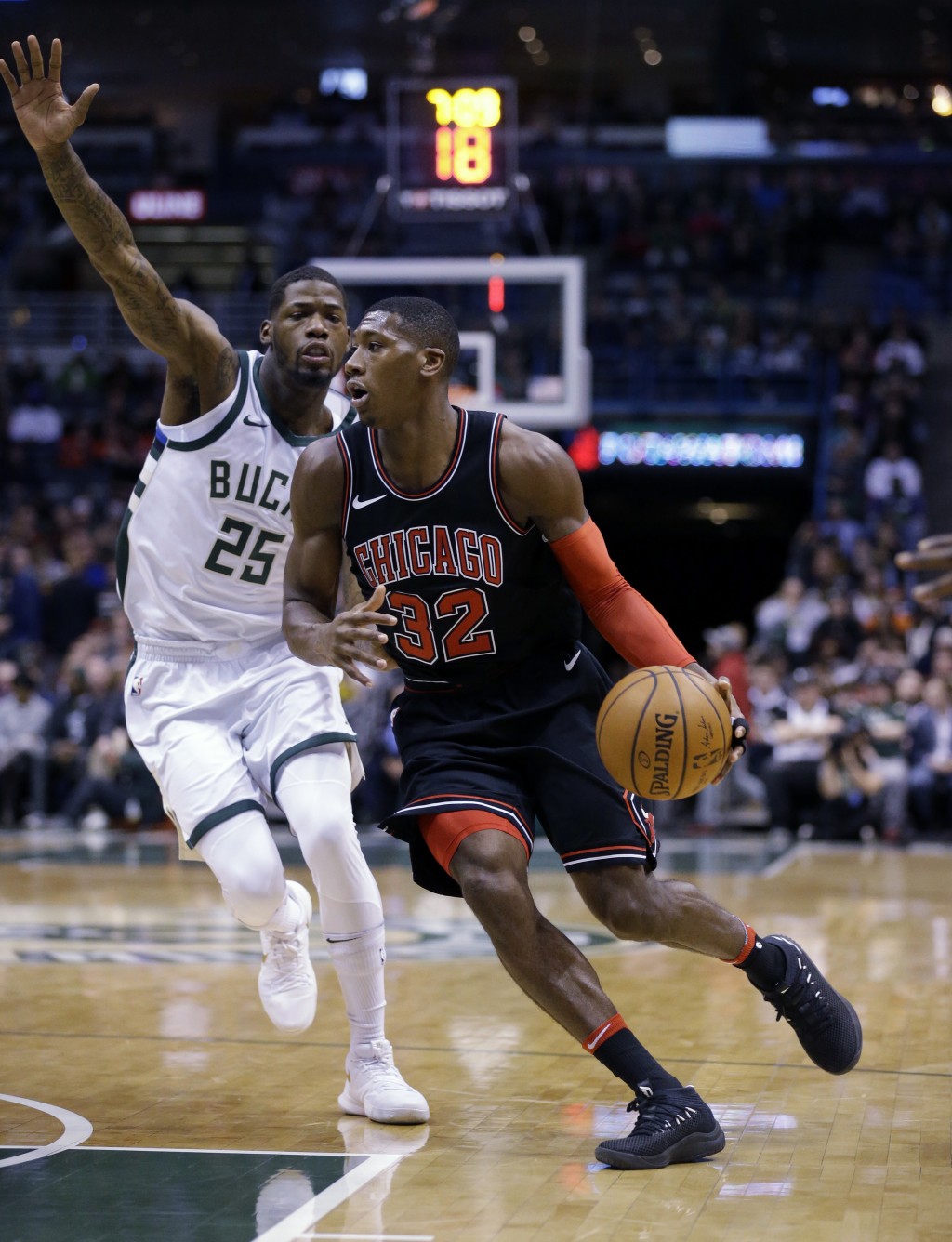 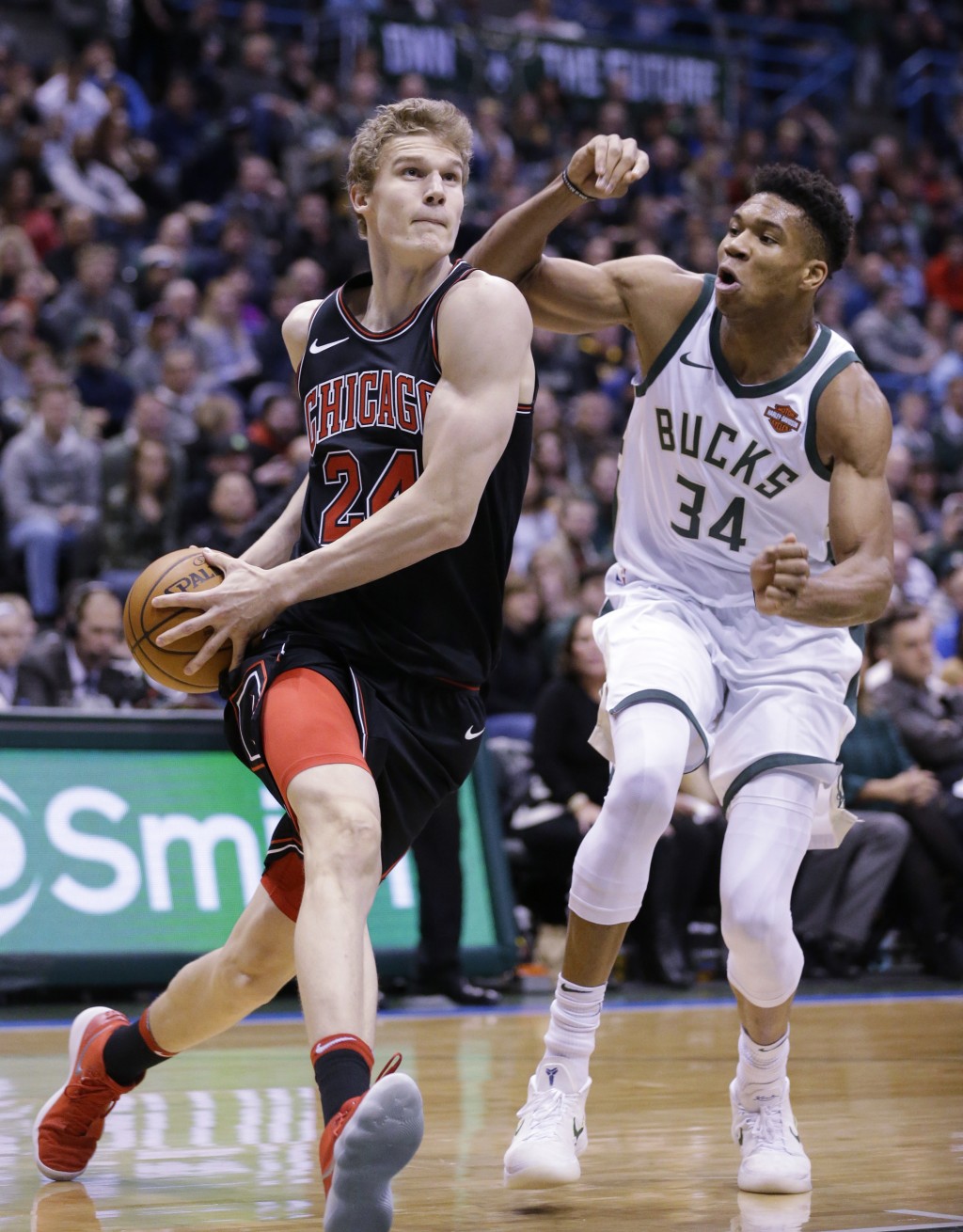 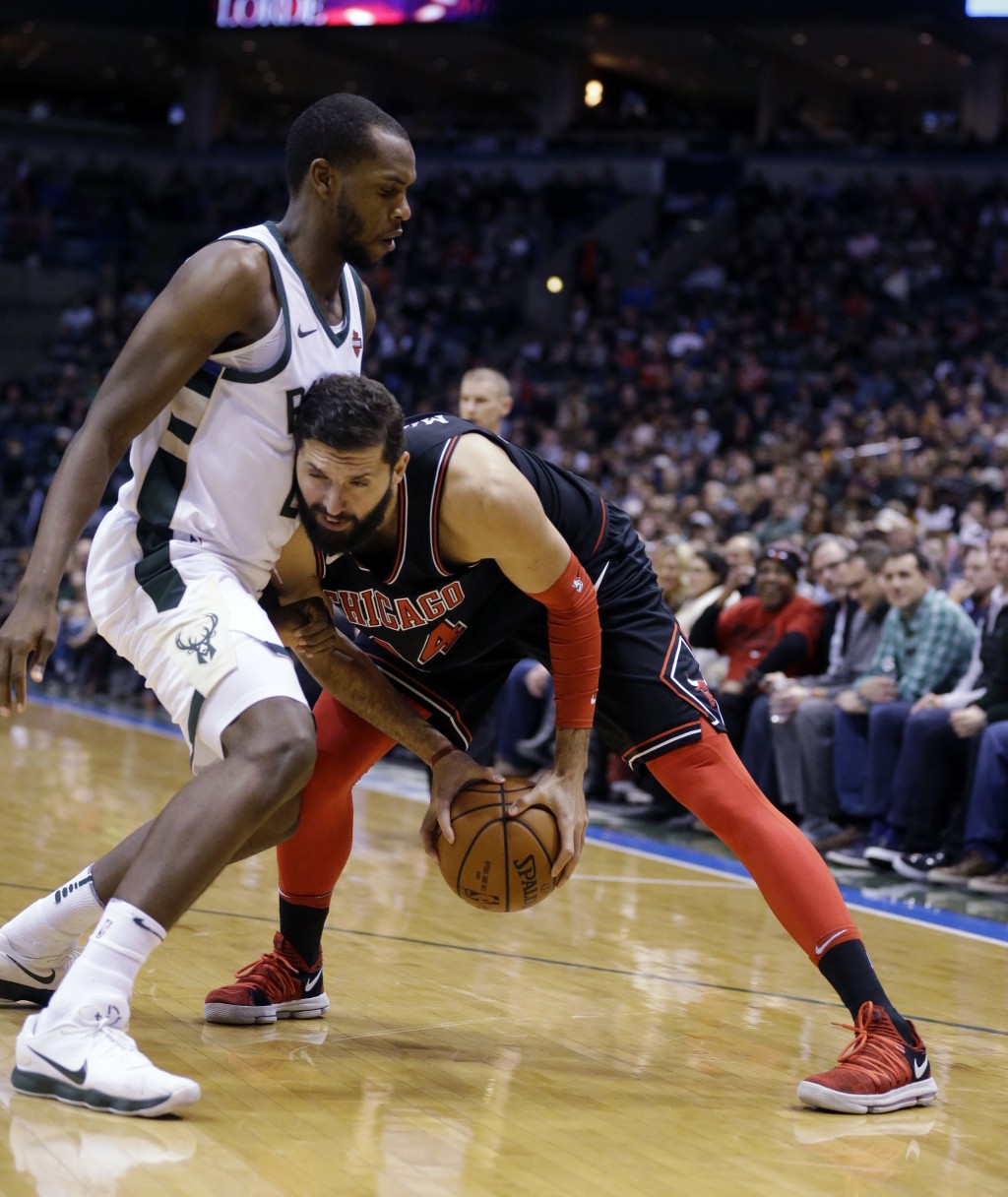 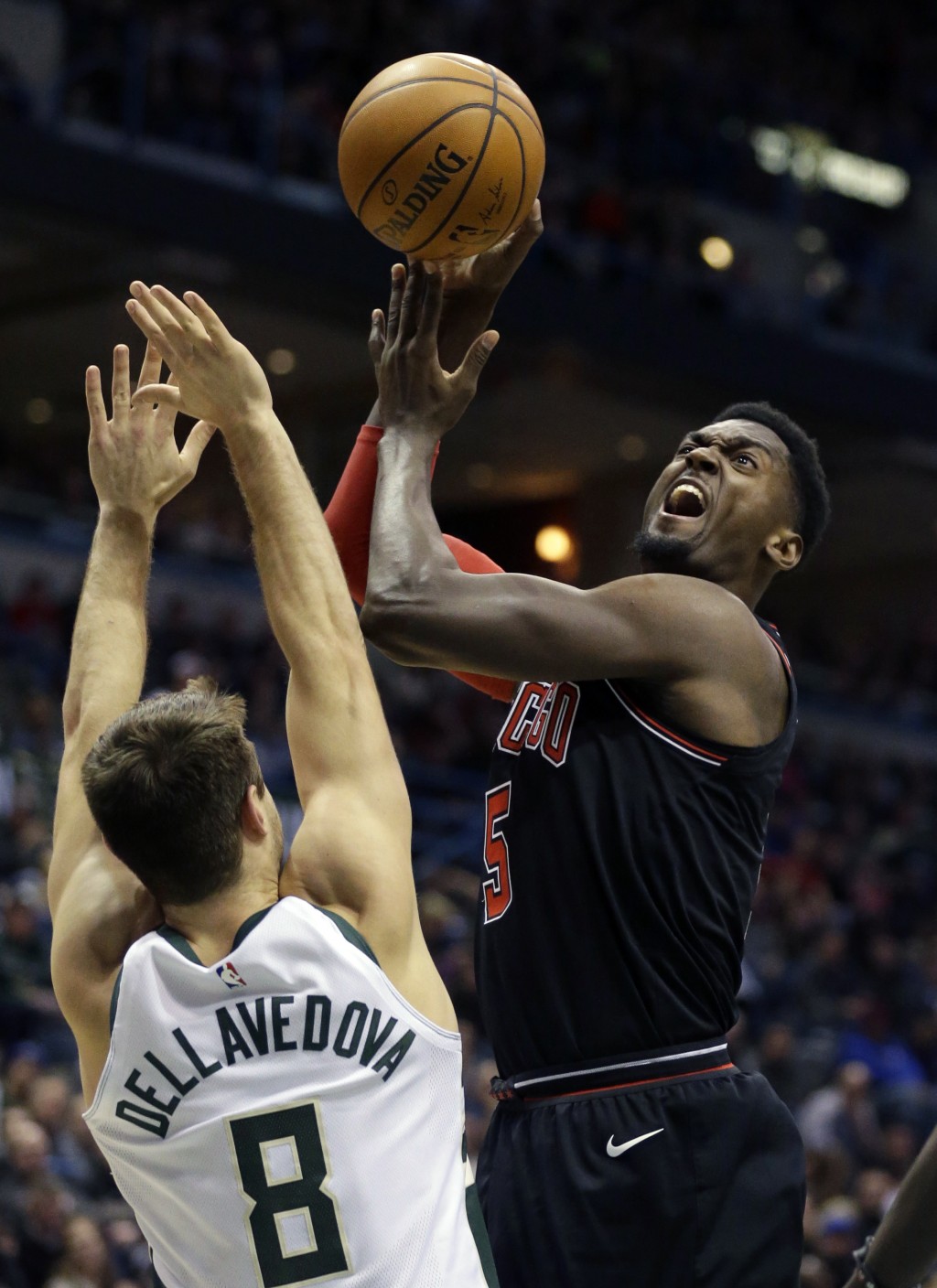 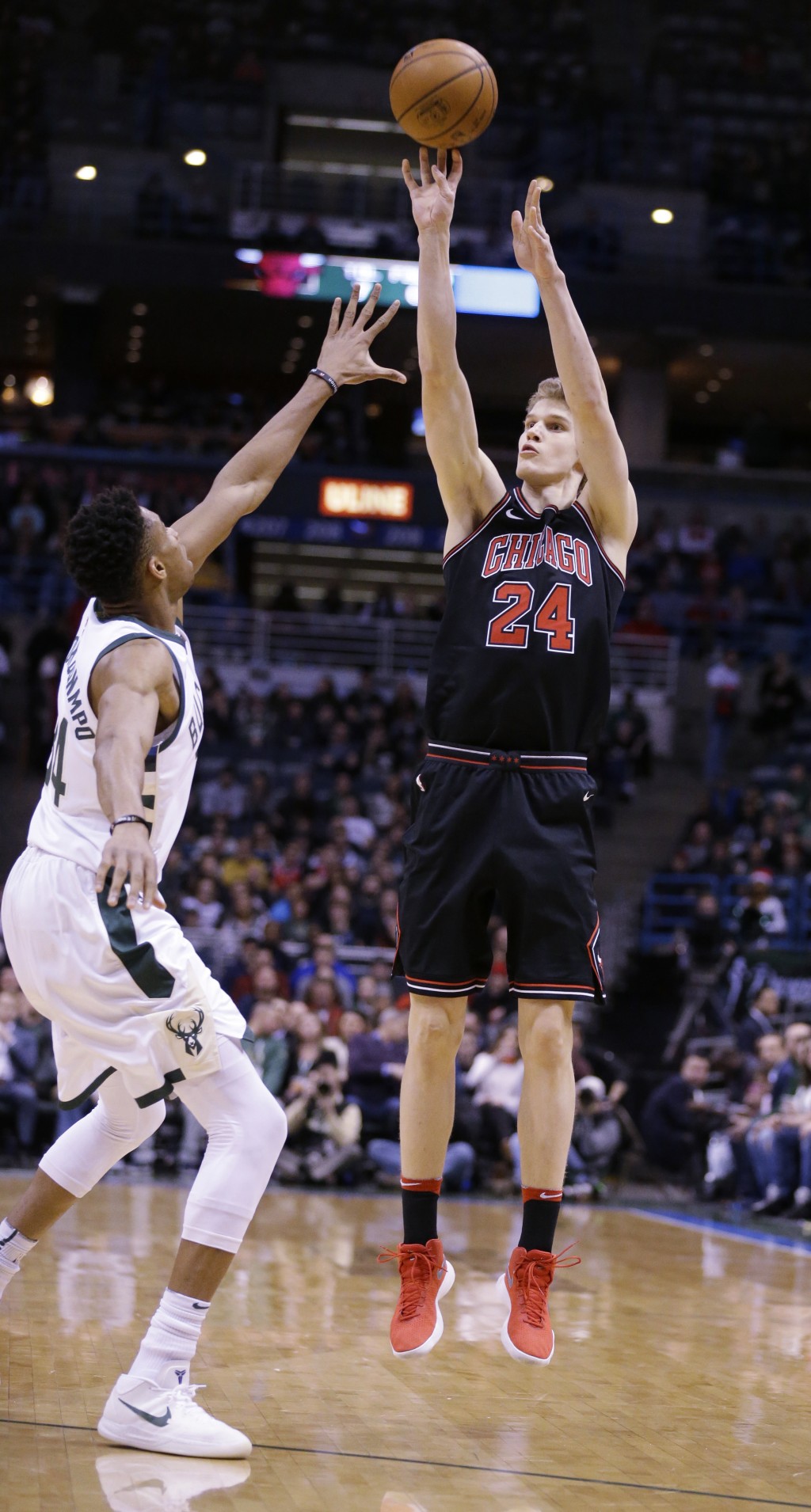 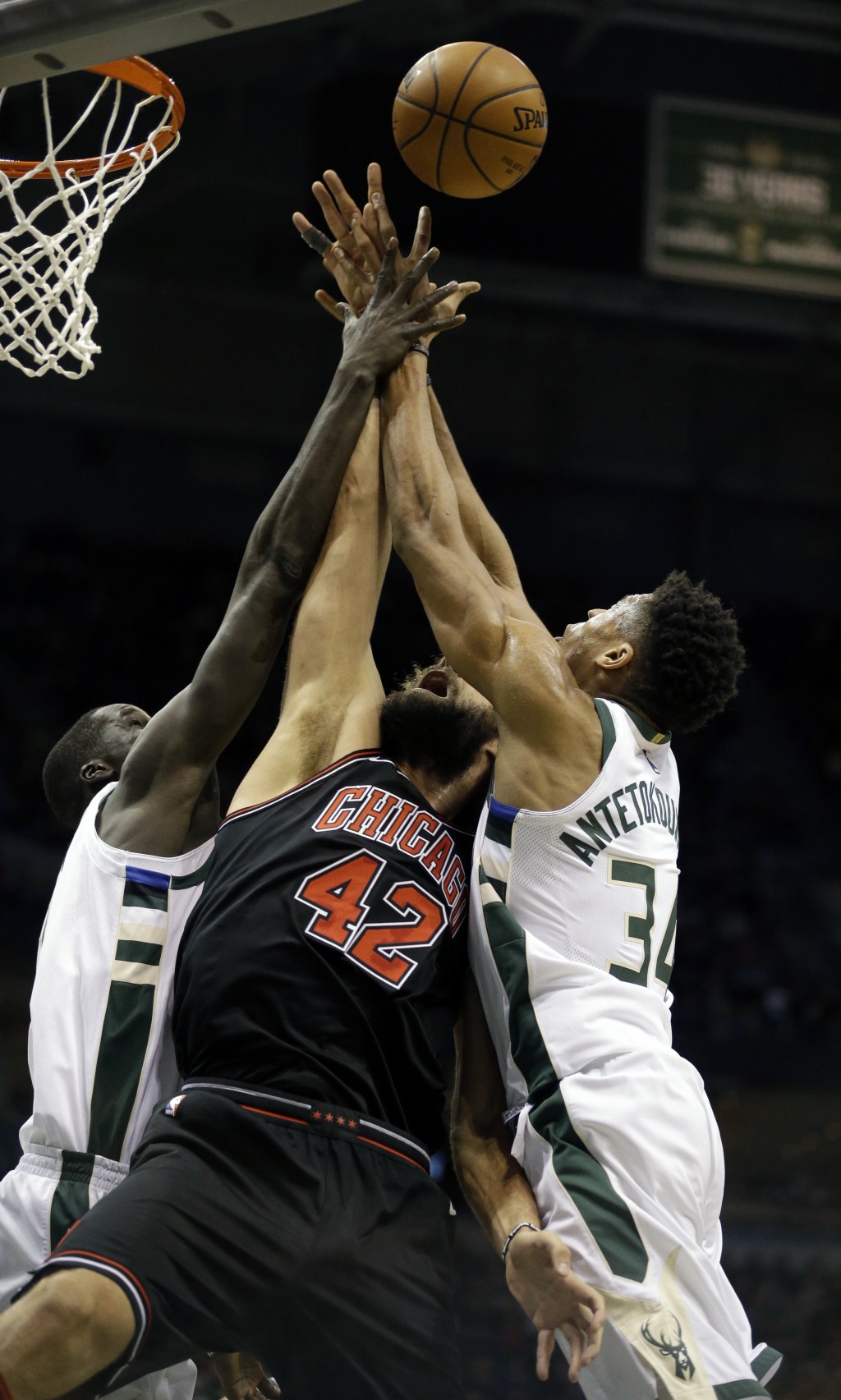 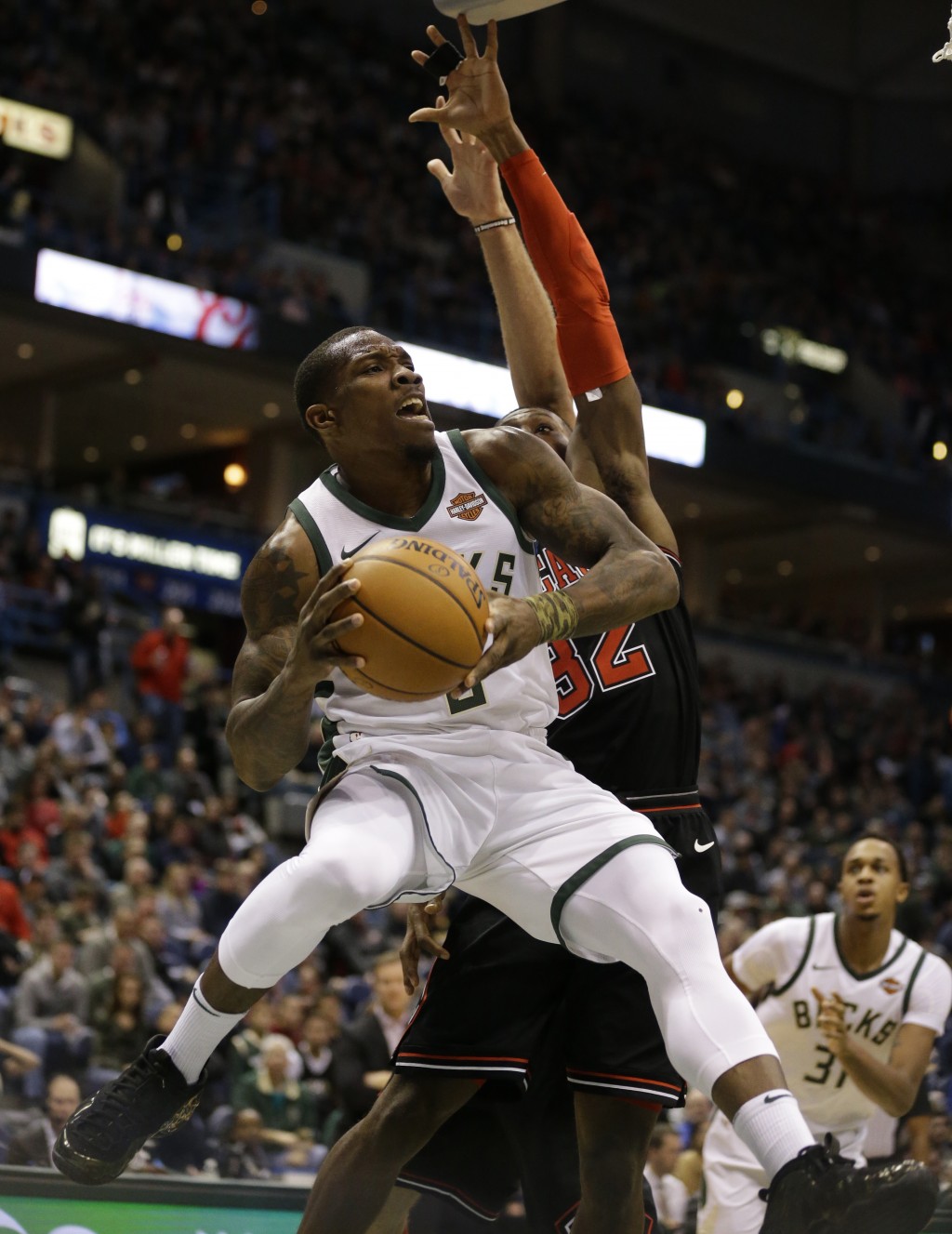 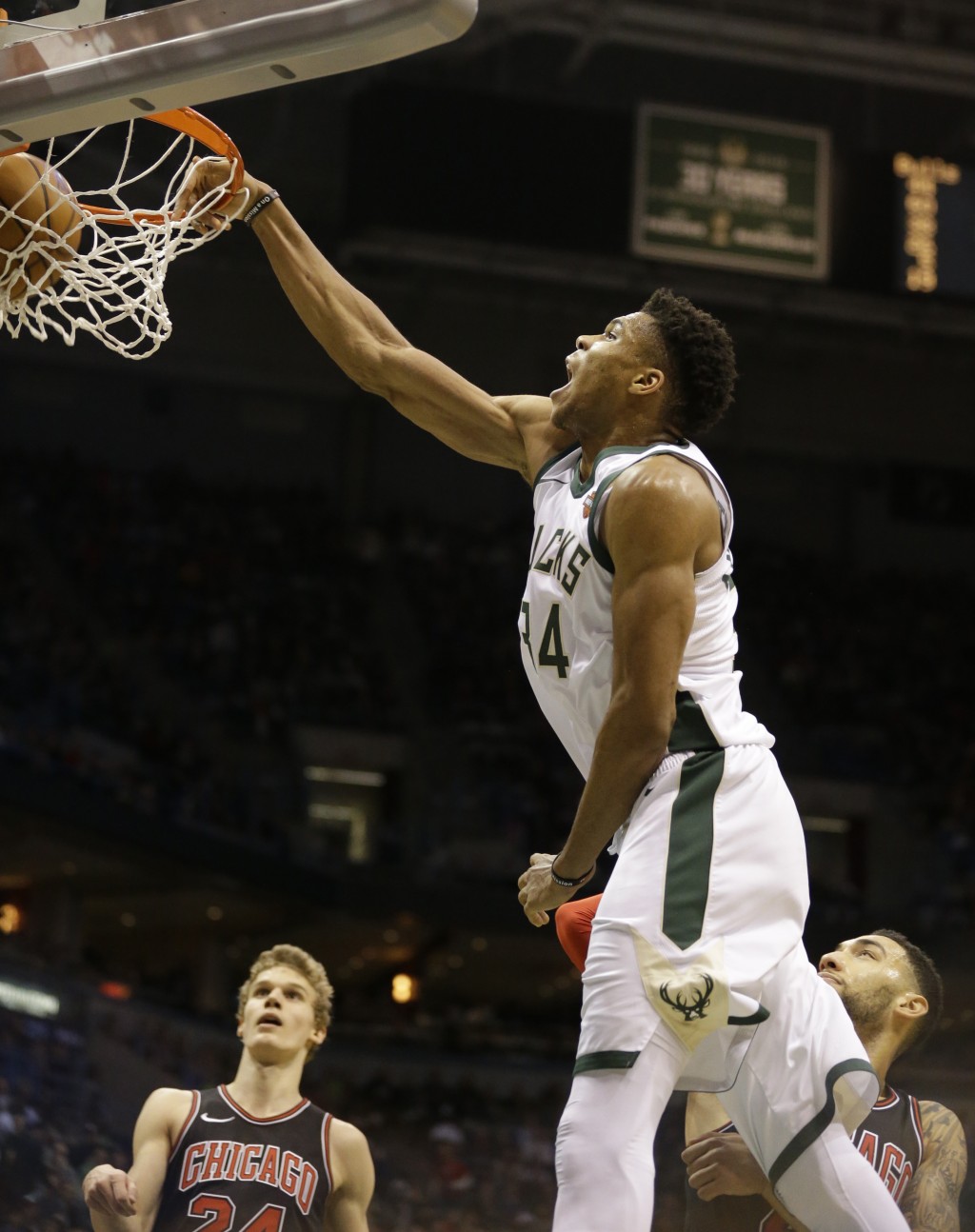 MILWAUKEE (AP) — Nikola Mirotic came off the bench to score 24 points in 28 minutes and the Chicago Bulls won for the eighth time in 10 games, beating the Milwaukee Bucks 115-106 on Tuesday night.

Chicago's surge coincides with the return of Mirotic, who missed the beginning of the season after suffering facial fractures in an October fight with teammate Bobby Portis.

Kris Dunn rebounded from a 1-for-12 shooting game Saturday against Boston with 20 points and 12 assists in 33 minutes for the Bulls.

Giannis Antetokounmpo scored 28 points and Eric Bledsoe had 22 to pace Milwaukee, which has lost five of seven.

Mirotic led Chicago's bench in outscoring Milwaukee's reserves 54-25. It was the second time the Bulls won at Milwaukee in 12 days, including a 115-109 victory on Dec. 15.

The game was tied 83-all after three quarters. The teams traded baskets for much of the period, with three lead changes and four ties in the final 3:31.

Mirotic had 11 points in the first half and Chicago led 56-53 at halftime.

Dunn and Milwaukee's Khris Middleton got tangled up on the ground with 16 seconds to go. Both were assessed double technical fouls and ejected.

Milwaukee coach Jason Kidd said the Bucks will take it day to day with Antetokounmpo's knee, saying he will "just worry about today and then talk about tomorrow after the game." Antetokounmpo missed the Bucks' 111-106 loss at Charlotte on Saturday.

Chicago G Zach LaVine (left ACL) was slated to practice with Windy City of the G League on Tuesday night. Bulls coach Fred Hoiberg said LaVine, who sustained a minor back strain about a week ago, will practice with Chicago on Thursday and begin six straight days of practice with contact on Saturday. "He's got a lot of hurdles to clear yet in the process, but it's going to be good to get him back with consecutive days of full-contact practice and we'll see how he responds," Hoiberg said.

Bulls: Rookie F Lauri Markkanen missed the Dec. 15 game in Milwaukee due to back spasms. He had three points and seven rebounds in 20 minutes Tuesday night.

Bucks: Antetokounmpo opened the game by making all five of his shots and a pair of free throws in the first 6:27, but picked up his second foul a minute later and went to the bench.