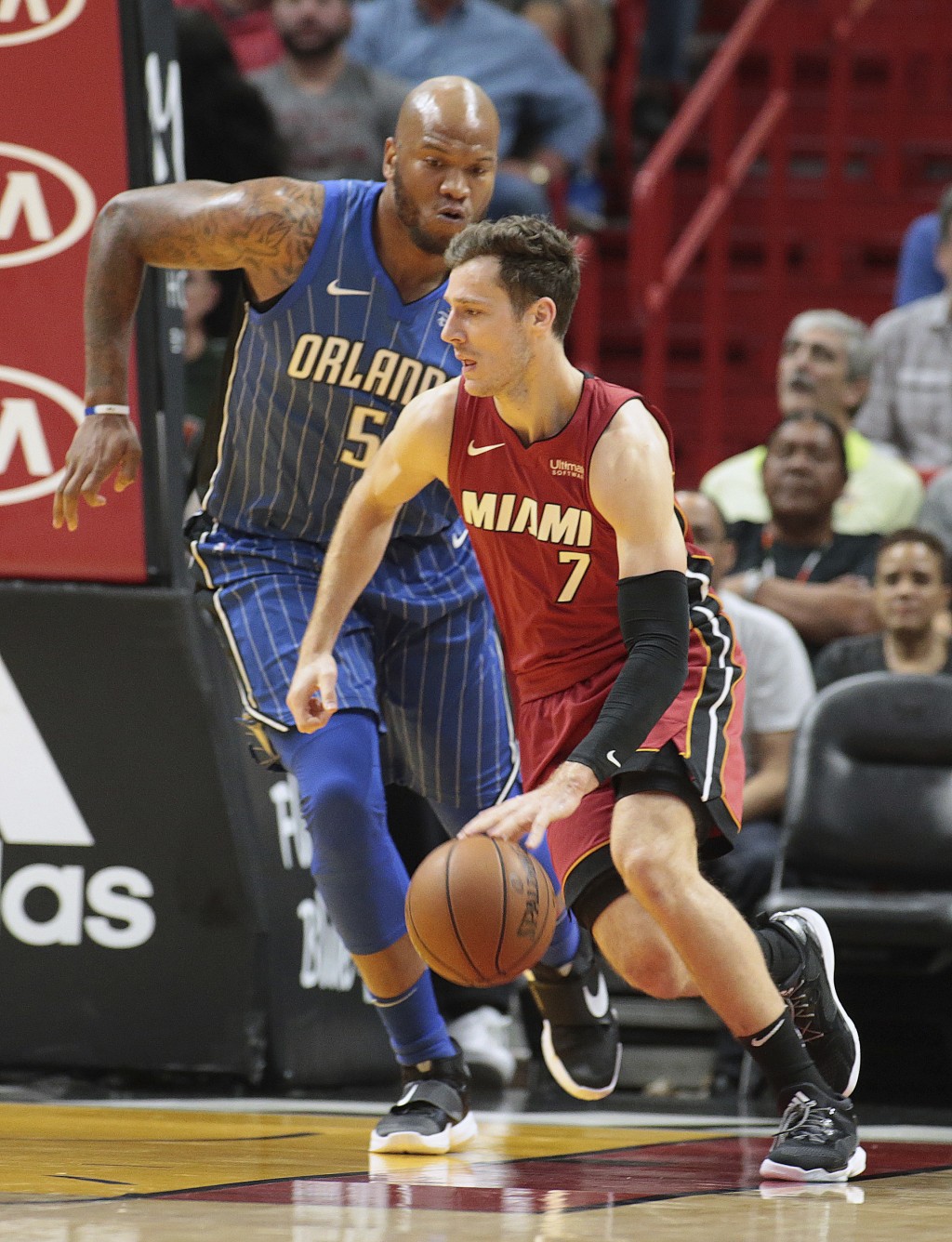 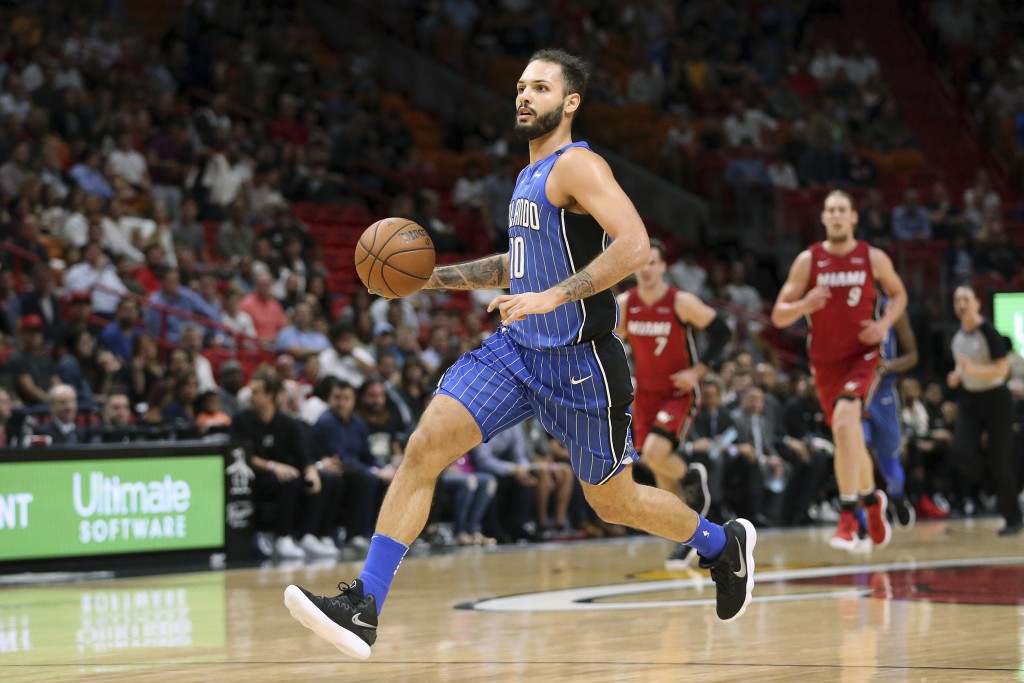 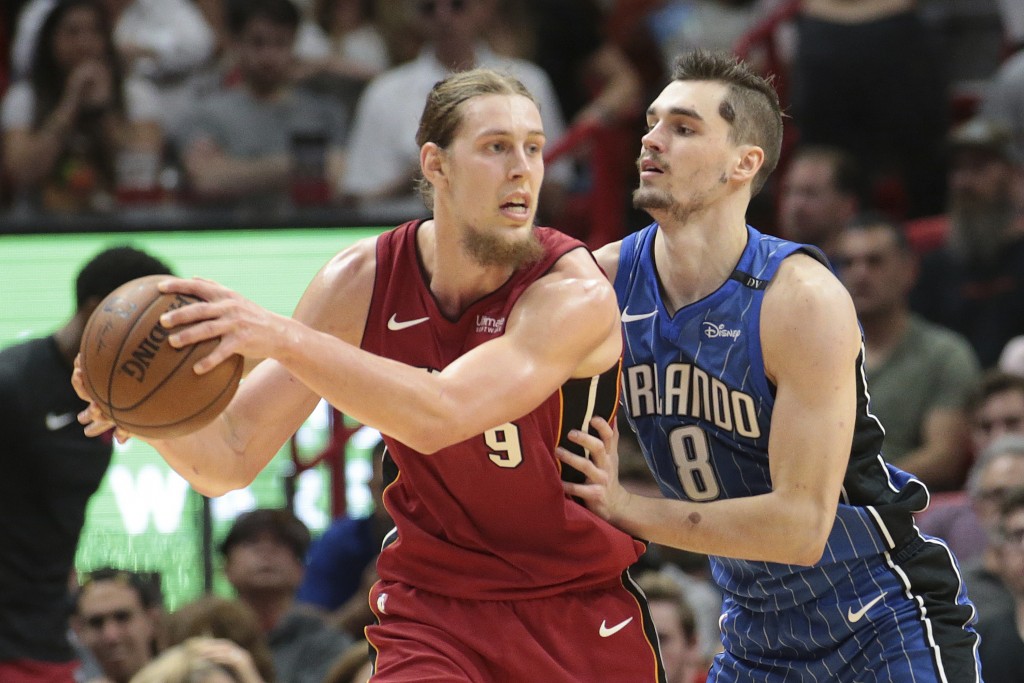 MIAMI (AP) — Josh Richardson scored 20 points, Wayne Ellington had 12 of his 18 points in a dominant fourth quarter and the Miami Heat beat the struggling Orlando Magic 107-89 on Tuesday night.

Tyler Johnson added 17, Kelly Olynyk scored 15 and Goran Dragic had 14 for the Heat, who outscored Orlando 39-21 in the fourth — the biggest margin by Miami in a final quarter this season.

Hassan Whiteside returned from an 11-game absence with a bone bruise in his left knee, adding seven points and eight rebounds in 18 minutes.

Elfrid Payton scored 19 points for Orlando, which now has two separate nine-game losing streaks this season. The Magic started 8-4, and are 3-20 since.

Evan Fournier and Mario Hezonja had 14 apiece for Orlando, which got 12 from Marreese Speights. The Magic led by 10 in the third quarter, and got outscored by 28 in the final 20 minutes.

Miami topped Orlando for the first time in the teams' last five meetings, and Ellington's four 3s in the fourth were a big reason why. The Heat started 3 for 19 from 3-point range, then made eight of their final 14 from deep. Miami shot 56 percent in the final quarter, after shooting only 41 percent through the first three.

Orlando scored 12 points in the game's first 10 minutes — then scored 13 in the next 3 minutes.

That spurt started what became a 35-15 run over 11 minutes for the Magic, who turned what was a nine-point early deficit into an 11-point lead late in the half. They kept Miami to a 3-for-16 effort from 3-point range in the half, held a 13-2 edge in points off turnovers and wound up taking a 49-43 edge into the break.

Magic: Orlando was missing three starters from its opening-night win over Miami — Nikola Vucevic, Terrence Ross and Aaron Gordon. Vucevic has had surgery to repair his fractured hand, and the Magic are hoping he's back in about two months. ... This is the first time since 2013-14 that the Magic have had multiple losing streaks of nine or more games in the same season.

Heat: Miami has 158 3-pointers in December, with two games left this month. The team record for 3s in a month is 182 — set last month. ... It was the third game in an eight-game stretch where the Heat won't leave Florida; seven of those at home, the other in Orlando.

Speights and Miami's Jordan Mickey were both issued fouls with 9:50 left. Referee Eric Lewis called Speights for a block on Mickey's drive, while ref Lauren Holtkamp under the basket had it as an offensive foul. The Heat wound up getting three points out of the possession; Richardson was fouled on a 3 and made all three free throws.

The teams end 2017 against one another Saturday in Orlando. The Magic are 3-1 against the Heat this year.