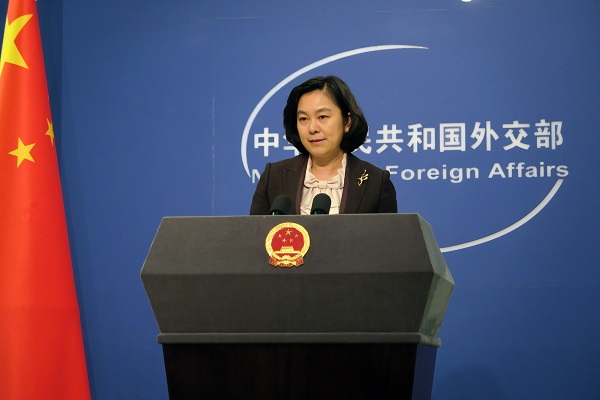 At a news conference held on Christmas Day in Beijing, Foreign Ministry spokeswoman Hua Chunying expressed China's opposition to comments by a Swedish official in support of Taiwan's participation in global groups saying, "China's position on adhering to the one-China principle is consistent and clear. The Taiwan question belongs to China's internal affairs, and China firmly opposes other country in making irresponsible remarks in that regard."

Hua's statement comes in response to a CNA report on Dec. 16 in which Sweden's Foreign Minister Margot Wallstrom expressed support for Taiwan's participation in various UN agency meetings as a non-state actor, and would continue to support its attendance at expert meetings in the International Civil Aviation Organization (ICAO). As for Taiwan's participation in the World Health Organization (WHO), Wallstrom said Taiwan has participated in the World Health Assembly (WHA) for eight straight years since 2009 and has made substantial contributions. She said that she is positive towards its aspiration to achieve observer status in the WHO, but it still requires members reaching a consensus, which is currently lacking.

Wallstrom said Sweden wished to continue to support Taiwan's participation in various expert and technical meetings in these institutions and that Taiwan "does note require the status of a state" to do so.

Wallstrom praised Taiwan as a country which enjoys democracy, freedom of expression, respect for human rights, social harmony and economic development. Taiwan and Sweden engage in many kinds of trade and economic exchanges, and both sides hold regular meetings on long-term economic and trade cooperation every year.

As part of new efforts to stifle celebrations of Christmas, Chinese authorities have begun dubbing it "Western spiritual opium" and "China's day of shame" and this year began banning members of the Chinese Communist Party from observing the Christian holiday, leading to the cancellation of Christmas-related public events in certain parts of the country, including Chongqing's Jiefangbei Shopping Square.