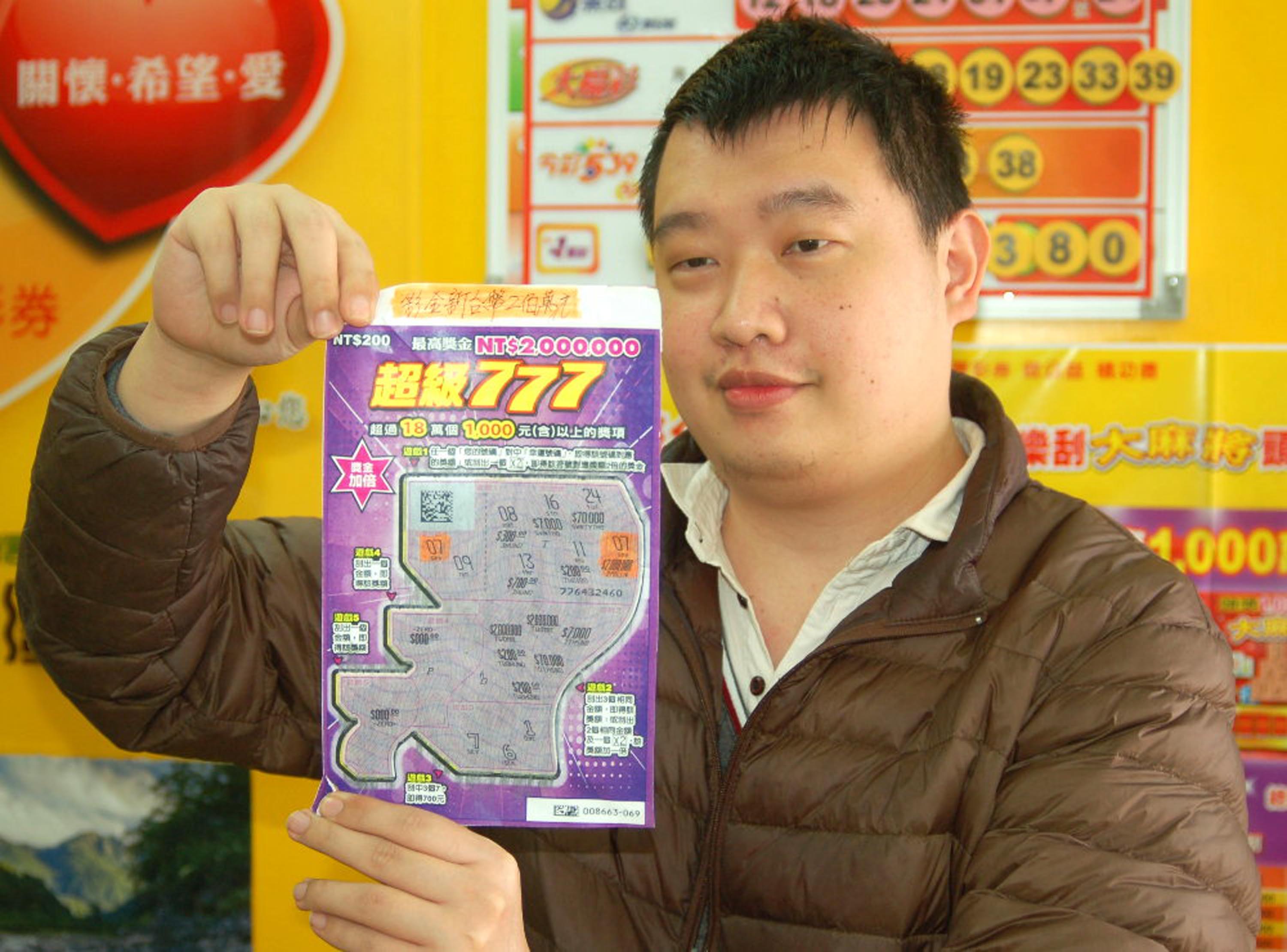 TAIPEI (Taiwan News) -- A young man from Taiwan's outer island of Penghu spent NT$200 (US$6.68) on a Super 777 scratch lottery ticket and yesterday was announced the winner of its NT$2 million jackpot, reported CNA.

A representative of the Taiwan Lottery, Yeh Ting-wen (葉亭妏), told CNA that the winner, who was in his early 30s, first came into the Magong shop to buy the Big Mahjong scratch card for NT$1,000 and won NT$500. He then took NT$200 of his winnings to buy a Super 777 scratch card, and when he scratched away the covering, he was ecstatic to realize he had won the top cash prize of NT$2 million.

In the four years since this lottery shop opened next to the Magong Police Station in Penghu, this is the largest cash prize ever awarded, double the previous prize of NT$1 million won on New Year's Eve of 2016.