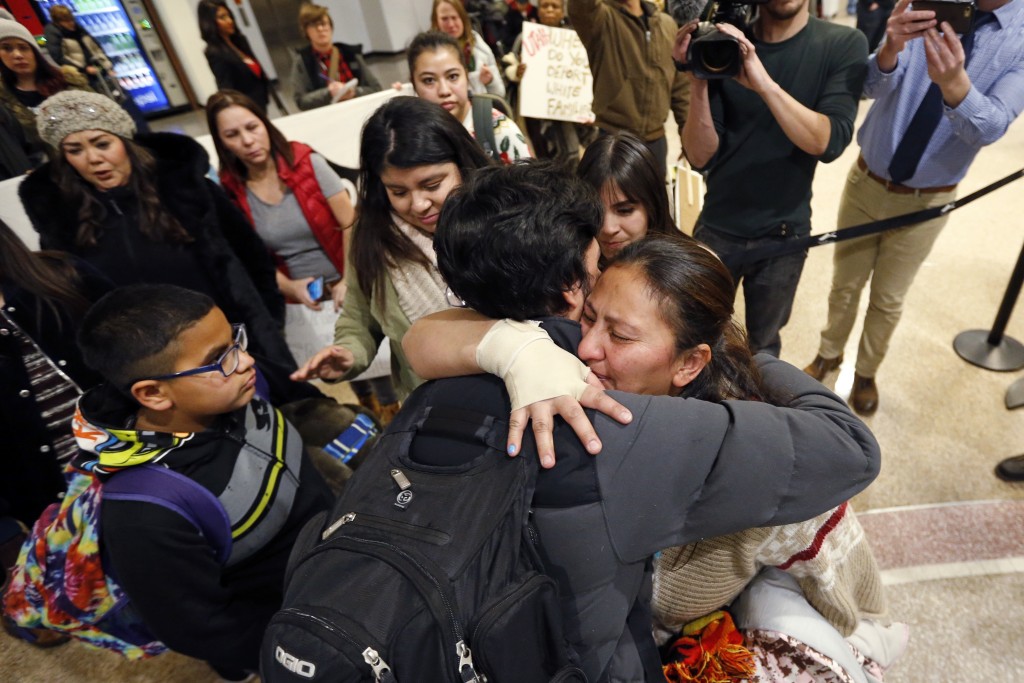 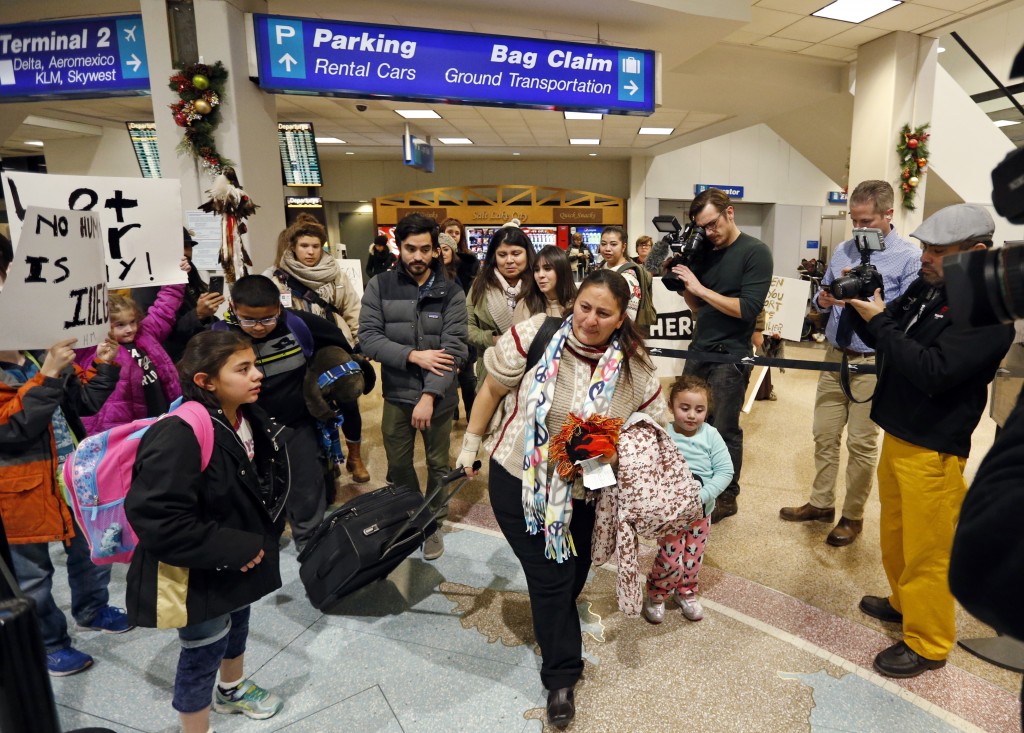 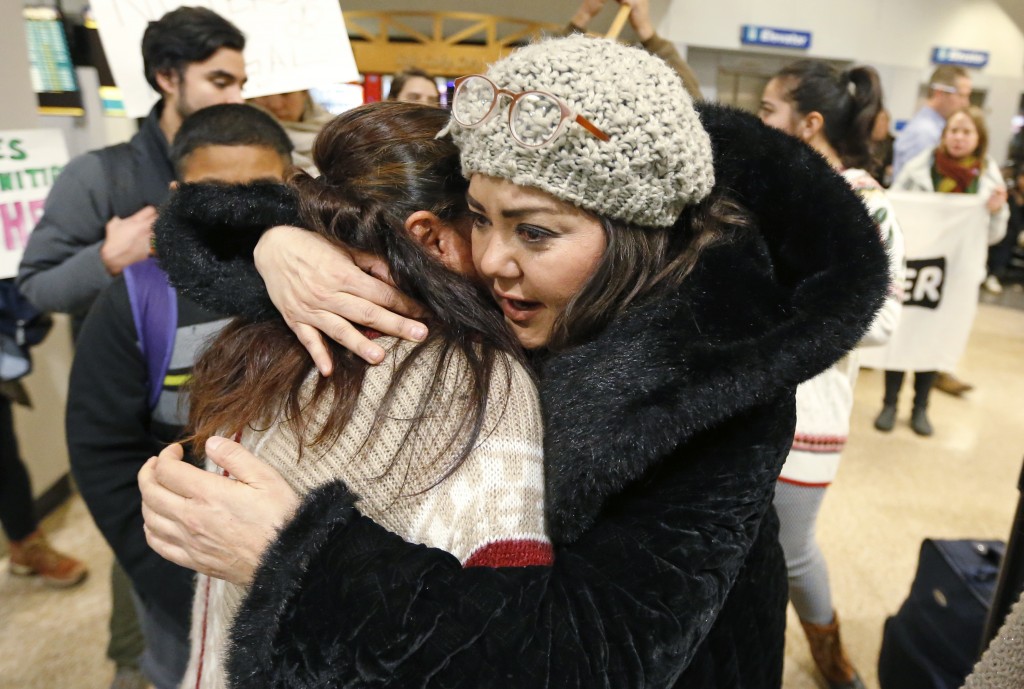 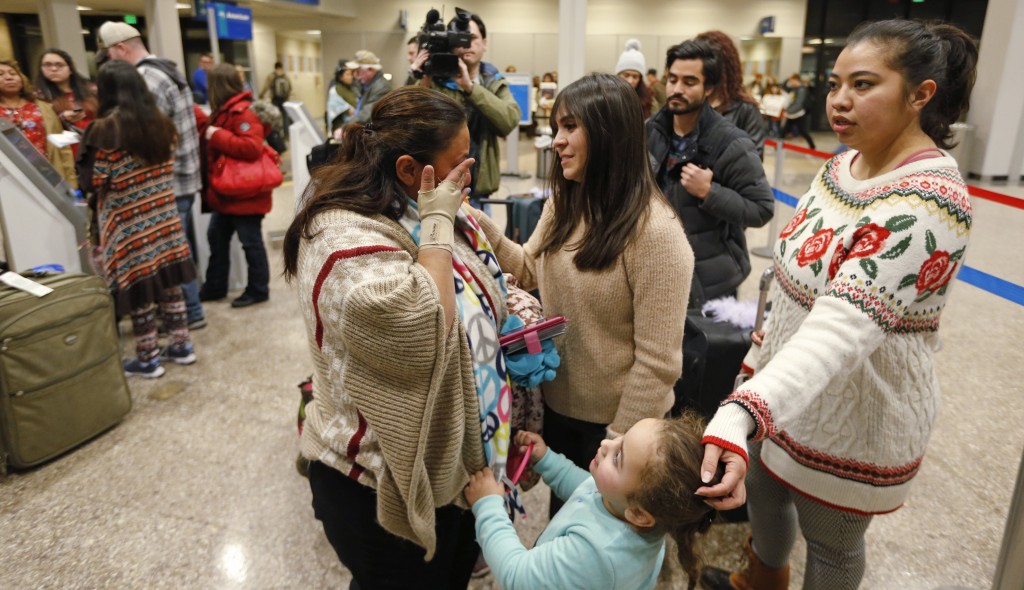 SALT LAKE CITY (AP) — A Guatemalan woman facing deportation spent Christmas night at the Salt Lake City airport before flying back to her native country with her four young children after months of failed efforts to stay in the U.S.

Maria Santiago Garcia took off early Tuesday after nearly two dozen friends and supporters saw her off. They carried signs that read "No person is illegal" and "Keep families and communities together."

She was first ordered to leave in 2006 but was given a delay. She has tried to win a stay of deportation but was denied on Dec. 20, forcing her to leave the country.

Some supporters cried as Santiago Garcia make her way through the airport with her children — 11, 9, 5 and 3, who are American citizens.

Speaking through a translator, she said she was sad to leave and worried about the lack of opportunities in Guatemala and how her children would adapt to life there.

"They're afraid. They've seen the reports of gangs murdering other kids, and they're just afraid of that because they've seen it on TV," she said.

Santiago Garcia's 9-year-old daughter Sarai Reyes wondered out loud, "What if our new country where we're going is really mean and bad? What if people are not nice?"

Amy Dominguez, spokeswoman for the activist group Unidade Inmigrante, said Santiago Garcia had run out of options after months of activists protesting and speaking with immigration officials and attorneys.

Dominguez said federal immigration agents told Santiago Garcia ahead of time that they would not be at the airport to ensure she left but would make sure she checked in for the flight.

Santiago Garcia was convicted in 2015 of using someone else's Social Security number to work. A missed appointment with ICE officials might have flagged her for deportation, according to Dominguez.

Family friend and Unidad Inmigrante member Easton Smith said the terms of the voluntary departure bar Santiago Garcia from applying for a U.S. visa for a decade.

Still, Santiago Garcia said she wants to come back to America "with my head held high."

"And I want to come back legally," she said, "So I don't have to go through this again."