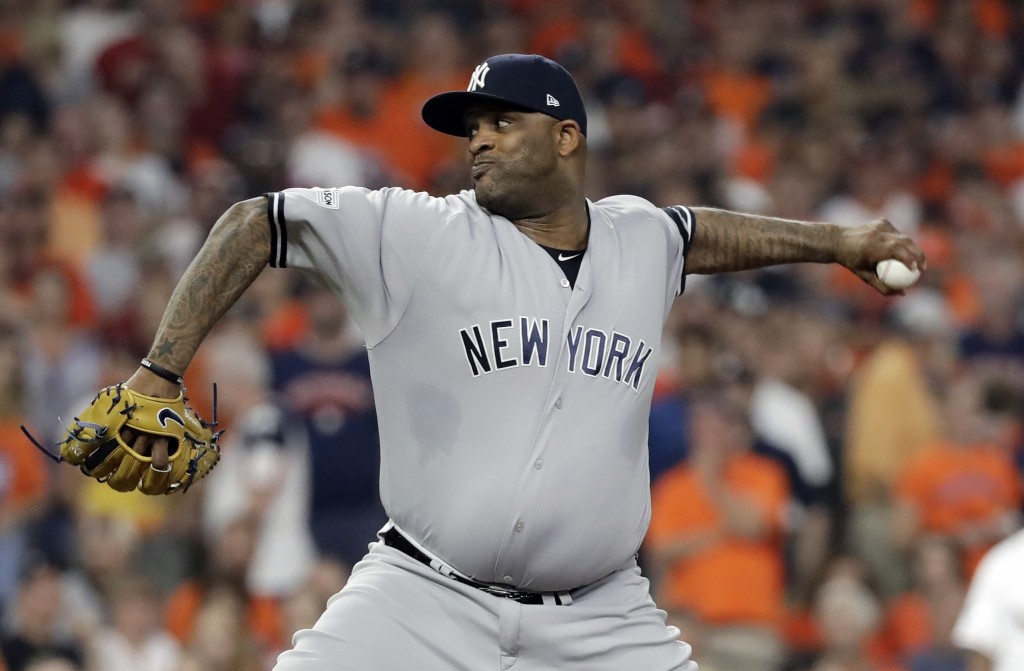 NEW YORK (AP) — CC Sabathia's $10 million, one-year contract has been finalized by the Yankees, a deal that raises New York's projected luxury tax payroll for next year to about $178 million.

The deal was announced Tuesday, about 10 days after the sides reached an agreement pending a physical. The 37-year-old left-hander is taking a pay cut from the $25 million he earned last season, when he went 14-5 with a 3.69 ERA in 27 starts for his best season since 2012. He was 9-0 with a 1.71 ERA in 10 starts following a Yankees loss.

Bothered by a right knee problem, Sabathia needs periodic injections in the knee. He is part of a rotation that includes Luis Severino, Masahiro Tanaka, Sonny Gray and Jordan Montgomery.

Yankees owner Hal Steinbrenner repeatedly has said New York intends to get under next year's tax threshold of $197 million.