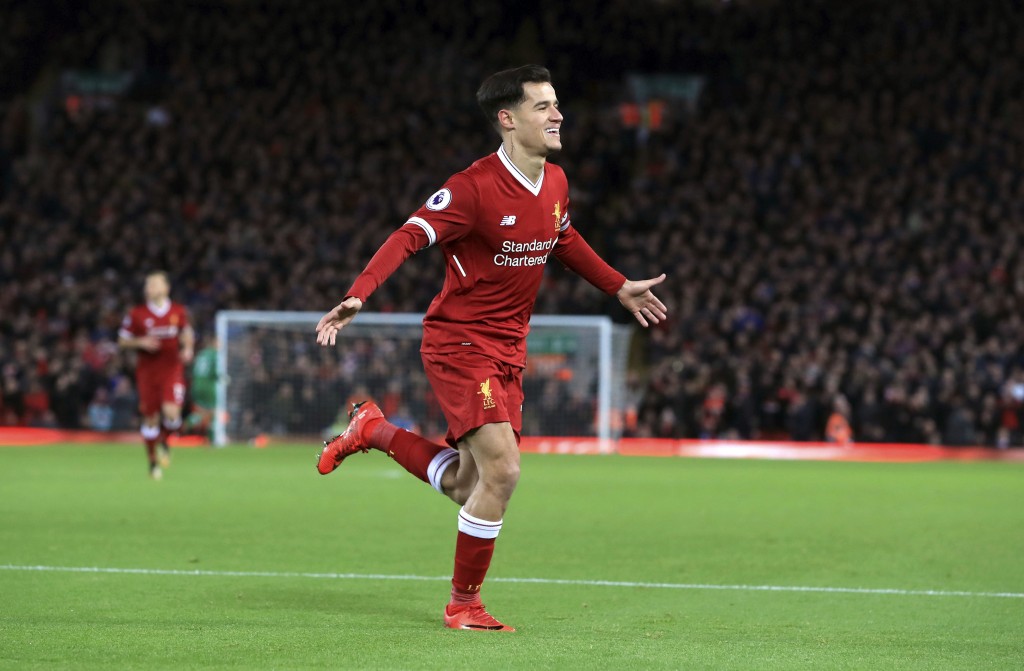 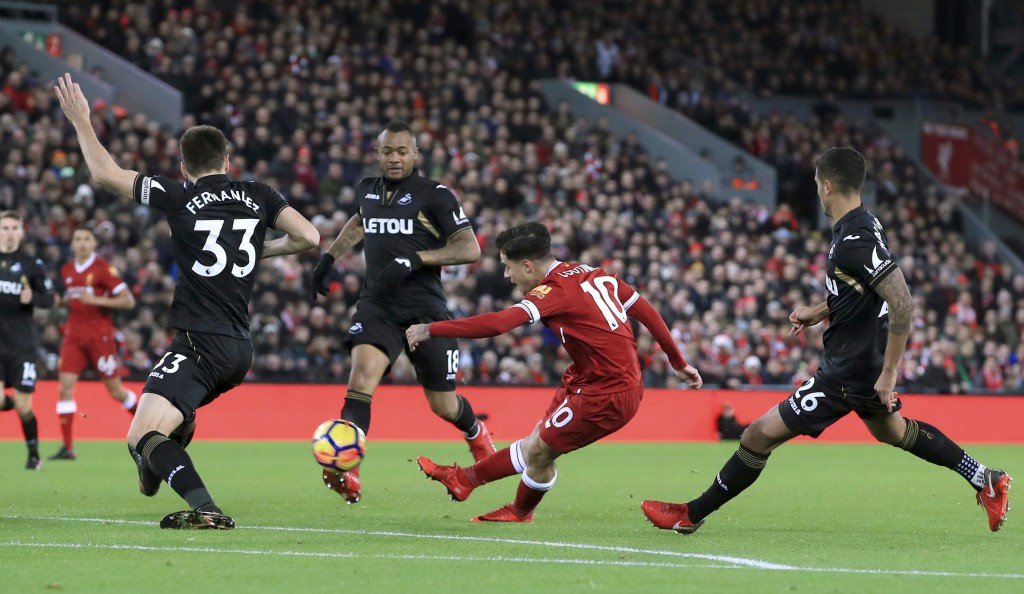 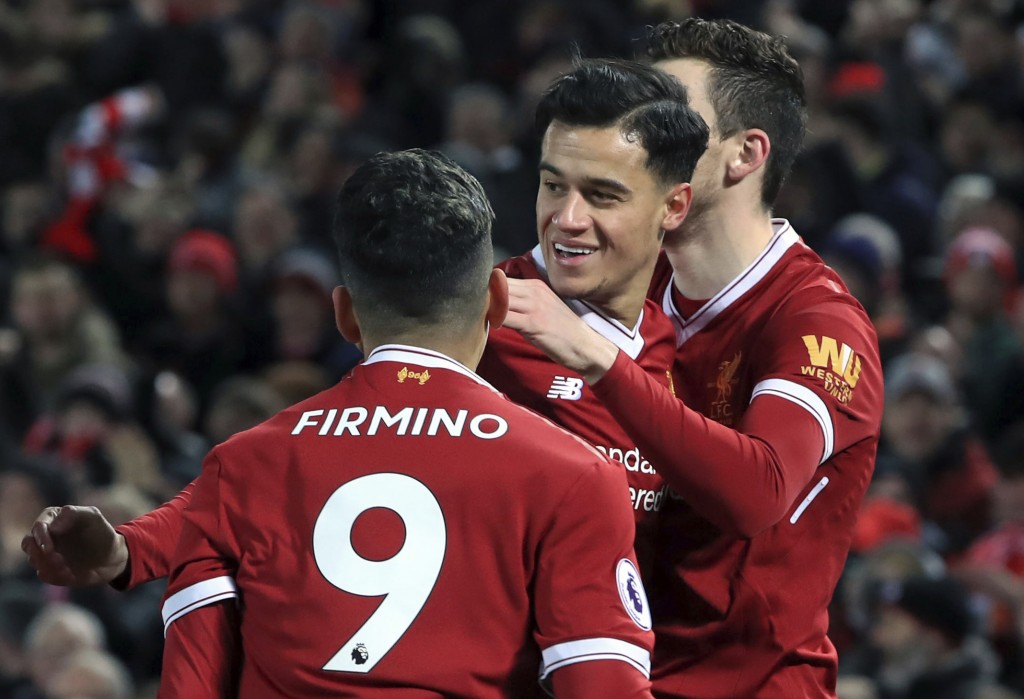 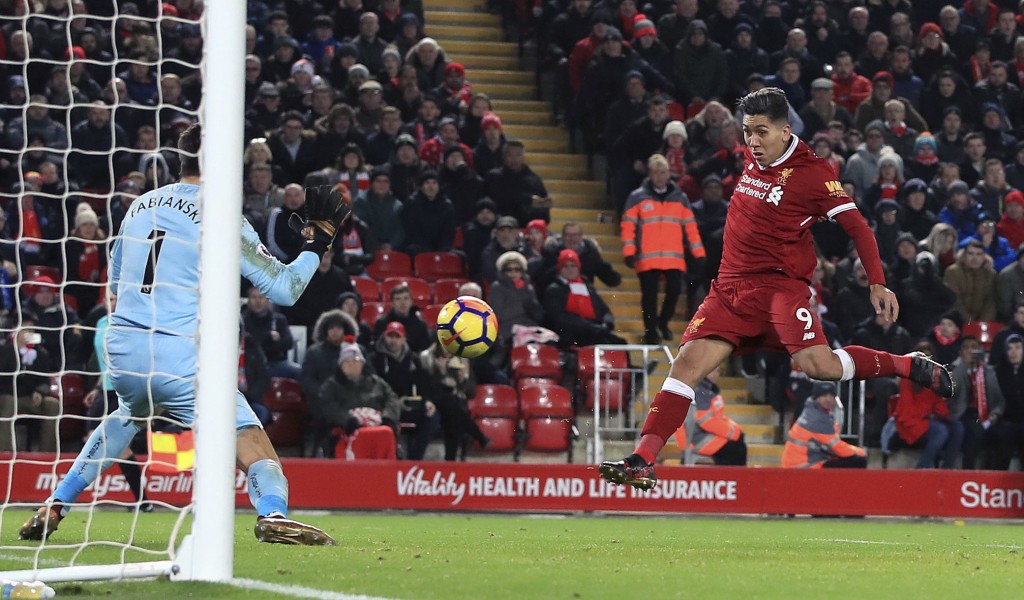 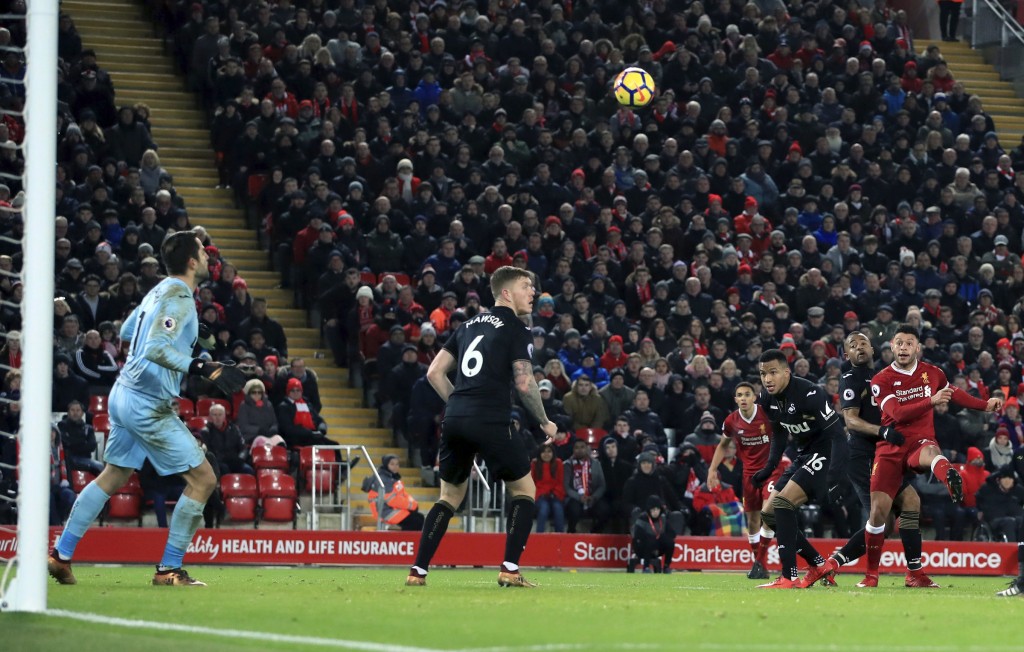 The win kept Liverpool in the top four, a point ahead of fifth-placed Tottenham. However, Juergen Klopp's side was 17 points adrift of leader Manchester City, which plays Newcastle on Wednesday.

Having fired Paul Clement a week ago, managerless Swansea remained on the bottom of the table.

Liverpool extended its unbeaten league run to 11 games, but after all three draws of its previous four matches it felt it should have emerged as a winner.

Captain for the day, Philippe Coutinho scored the only goal of the first half. Roberto Firmino's double and strikes from Trent Alexander-Arnold and Alex Oxlade-Chamberlain completed a convincing victory.

With Jordan Henderson injured, Coutinho, who wanted to leave Liverpool for Barcelona during the summer transfer window, was handed the captain's armband. Klopp's gesture seemed to inspire the Brazilian midfielder, who produced a trademark long-range strike after just six minutes to put his side in control.

Swansea competed well up until the break but could have gone two down moments before as Firmino was guilty of wasting a fine opportunity.

The striker atoned just seven minutes after the break as he converted Coutinho's free kick.

Then defender Alexander-Arnold surged into the box to finish emphatically, Firmino had his second a minute later, this time finishing from close range after unselfish play from Mohamed Salah, and Oxlade-Chamberlain completed the rout.