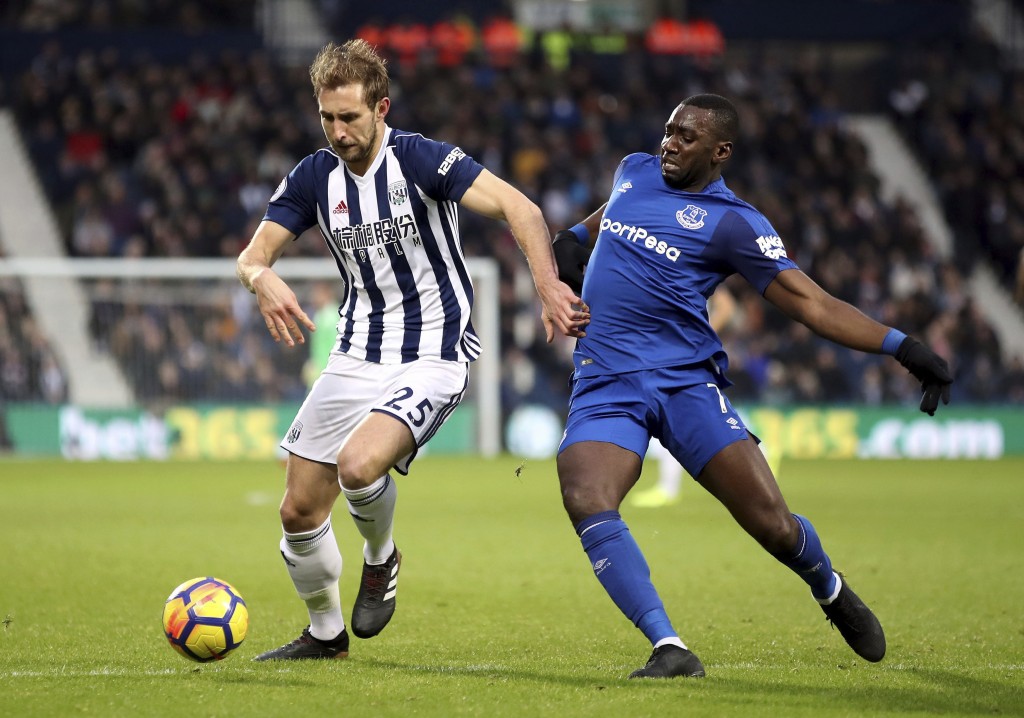 WEST BROMWICH, England (AP) — Alan Pardew was still without a win as West Bromwich Albion manager after a goalless draw against Everton on Tuesday left his side in the English Premier League relegation zone.

West Brom's winless run started long before Pardew replaced Tony Pulis in late November, and was up to 18 league games.

In contrast, Everton was undefeated in six games with Sam Allardyce at the helm: Three wins and three draws have elevated it to ninth.

Everton didn't manage a shot on target until after halftime and, not for the first time under Allardyce, showed great resilience to hold out for a point.

One more defeat for West Brom will equal Aston Villa's league record for consecutive games without a win, set from August 2015 to January 2016.