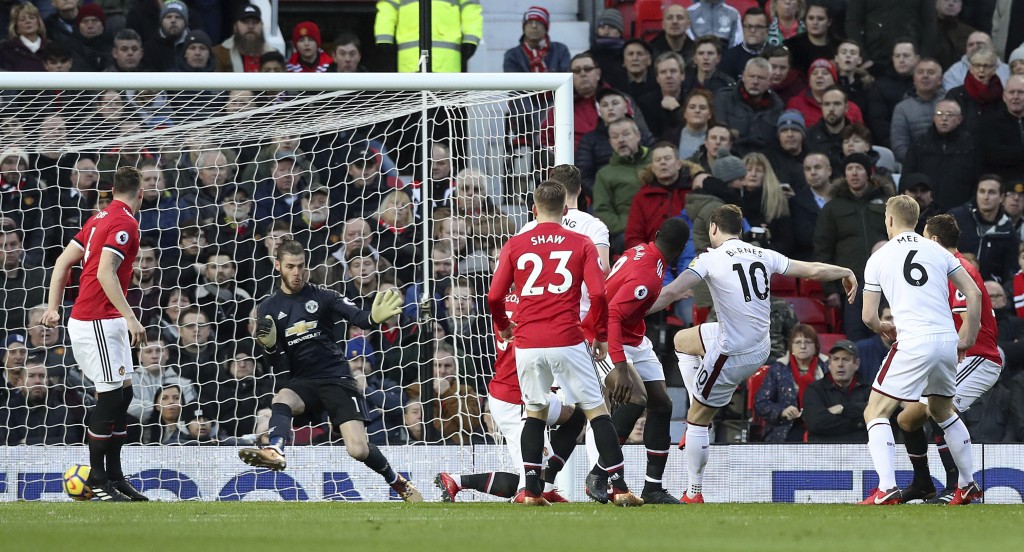 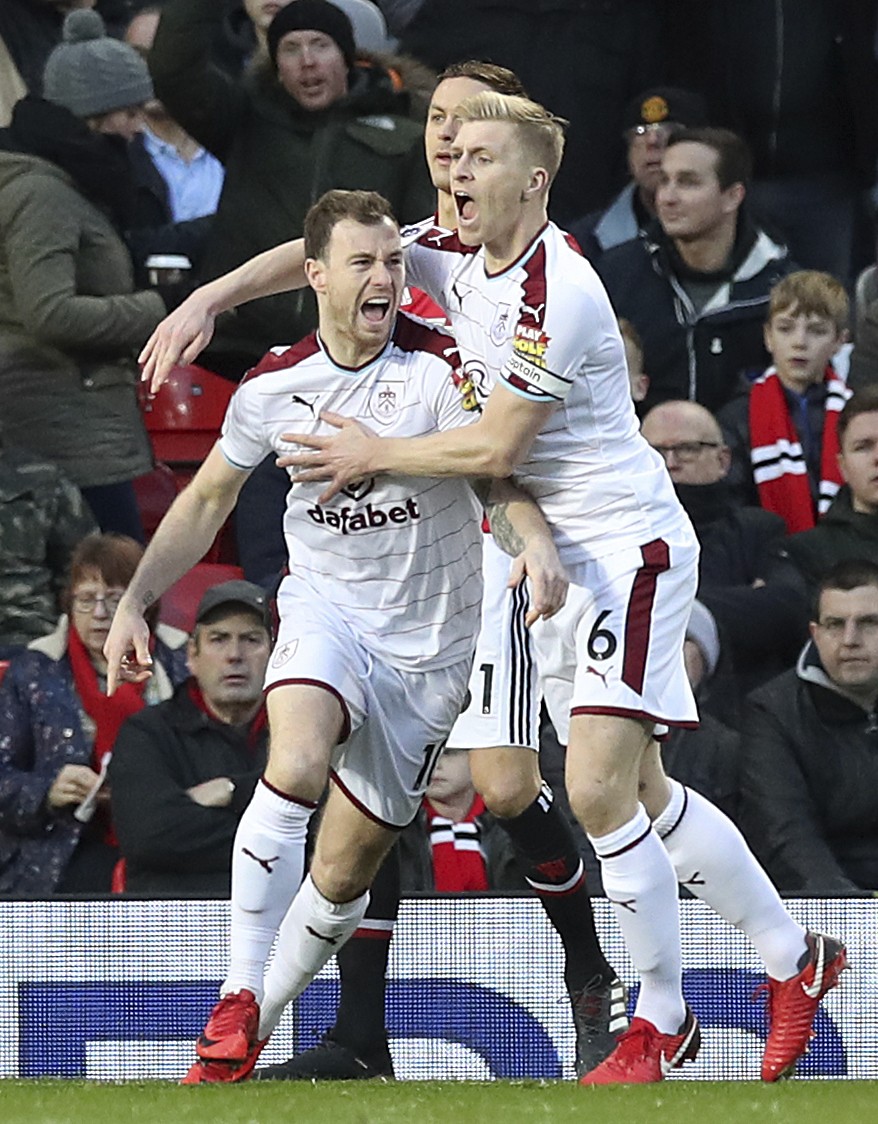 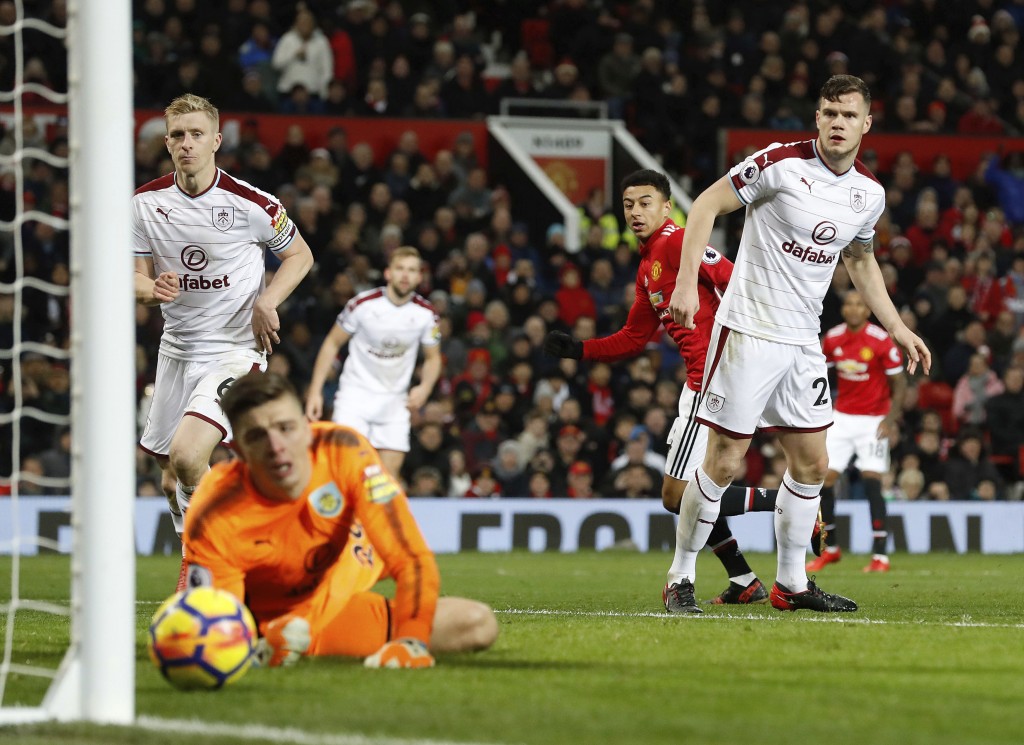 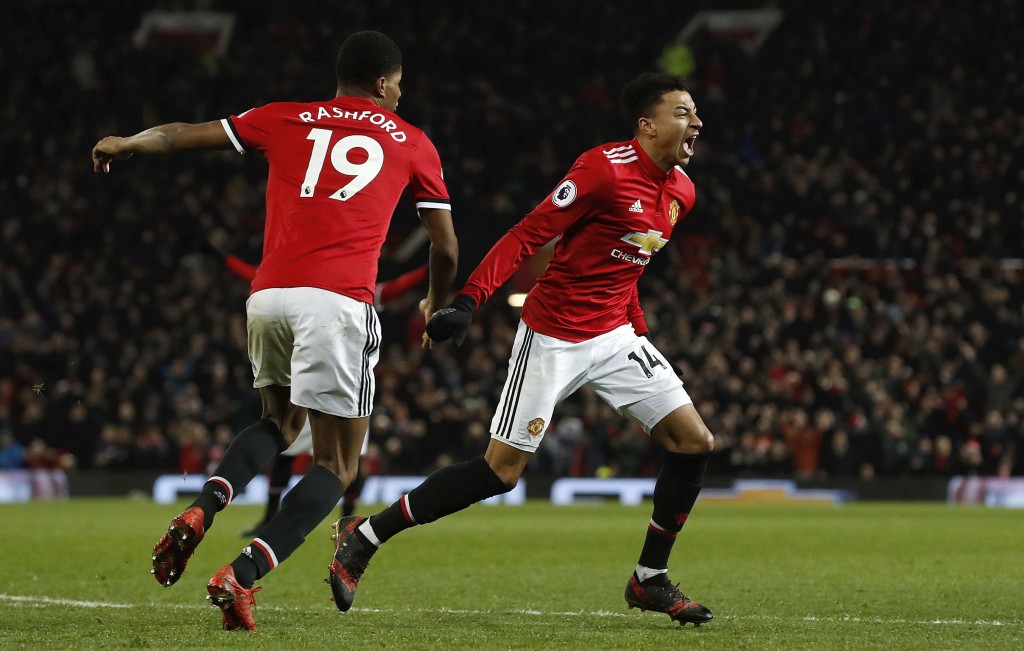 MANCHESTER, England (AP) — Manchester United was on the right side of a last-minute equalizer in the English Premier League as Jesse Lingard's double from the bench salvaged a point against Burnley in a 2-2 draw on Tuesday.

United conceded with virtually the last kick of its previous game, at Leicester on Saturday, but this time was relieved to see a 2-2 final scoreline after Ashley Barnes and Steven Defour gave Burnley a 2-0 halftime lead.

Despite the latest draw, which keeps United ahead of third-placed Chelsea, United trails league leader Manchester City by 13 points, with its rival having the opportunity to extend the gap when it faces Newcastle on Wednesday.

Burnley avoided losing three league games in a row for the first time this season and remained seventh on the table.

Barnes struck from close range after just three minutes when United failed to clear Johann Berg Gudmondsson's free kick. Defour made it 2-0 with a spectacular 30-yard free kick nine minutes before the break.

It was the latter who made the crucial contribution, back-heeling in Ashley Young's cross in the 53rd minute, then finishing from the edge of the box in the first minute of stoppage time.