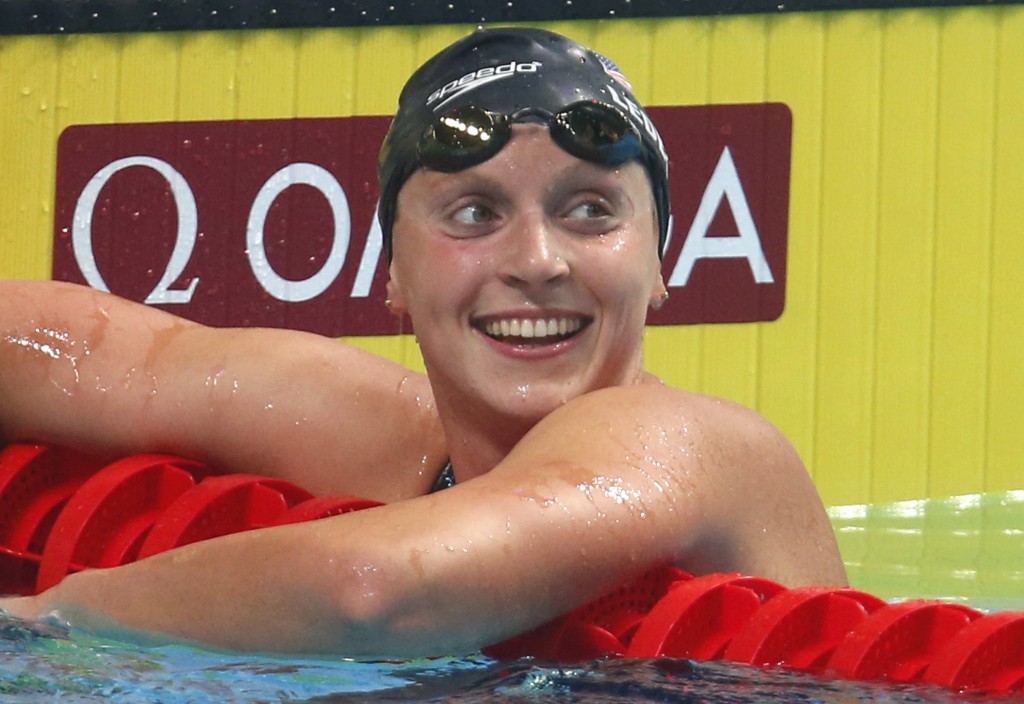 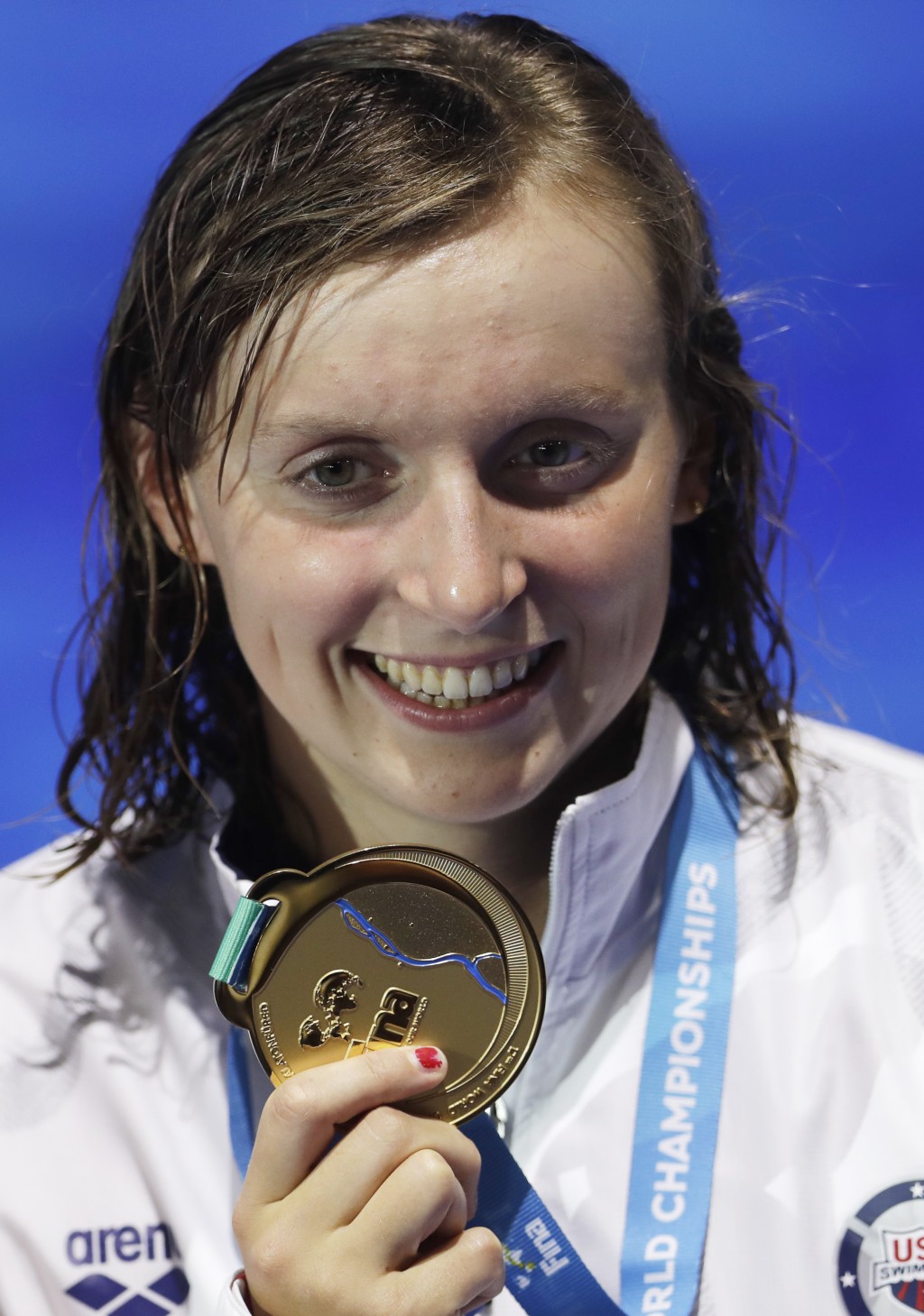 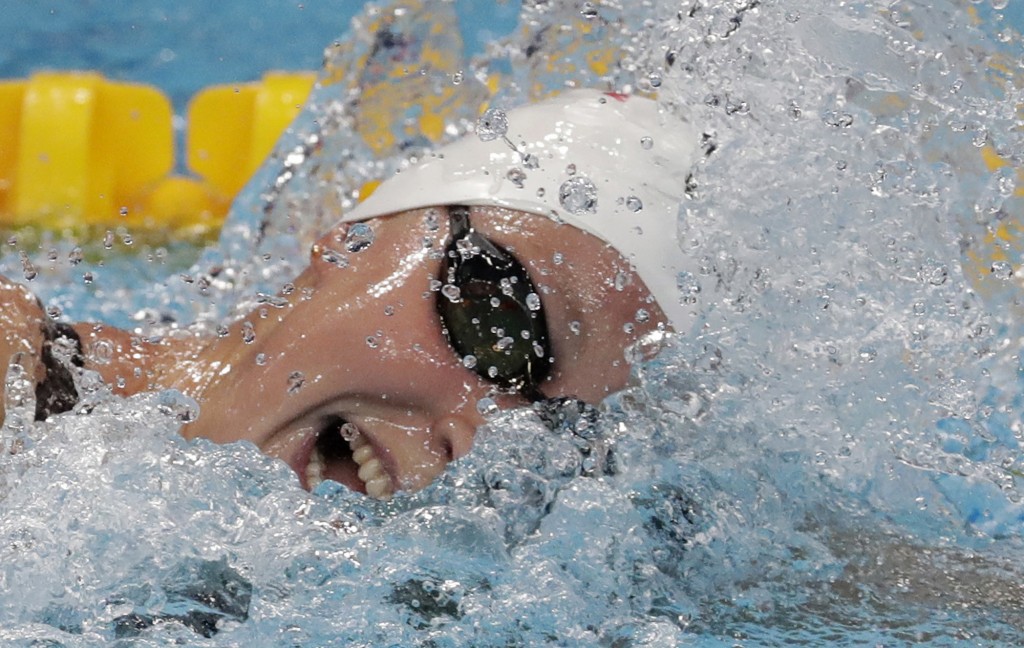 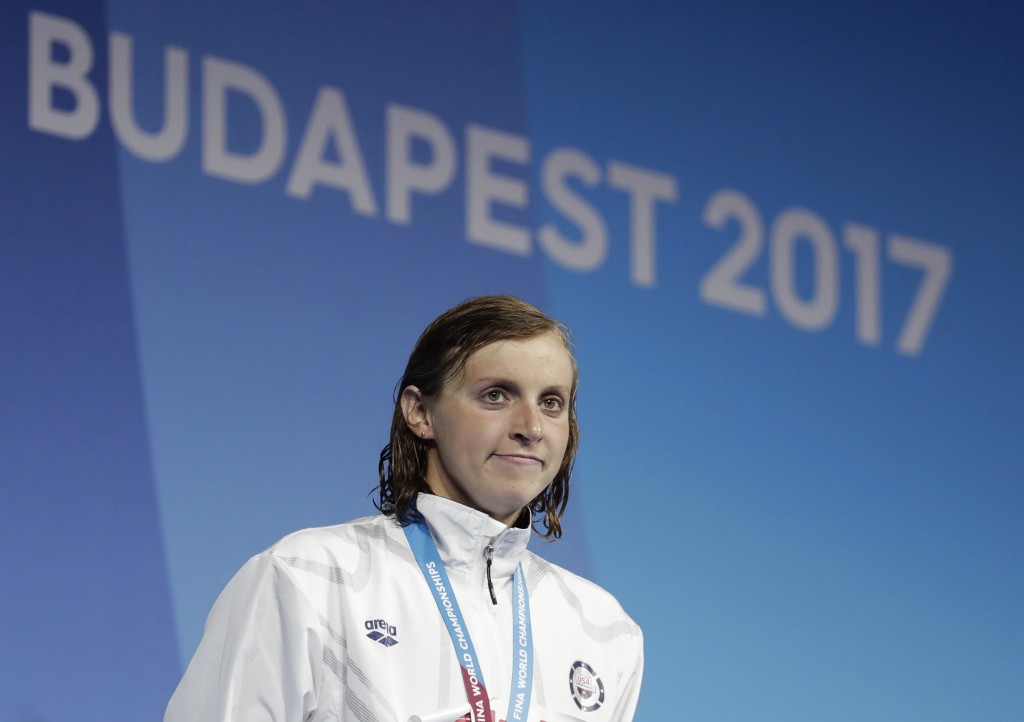 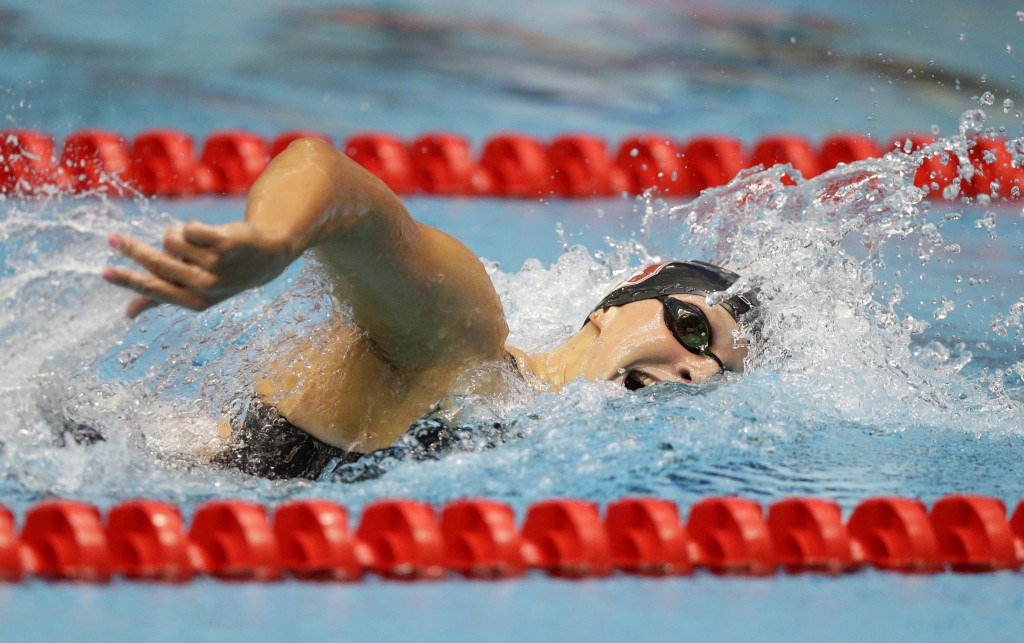 Katie Ledecky got her start in swimming because she just wanted to make friends. Her brother was eager to join a team at a pool near their house and as a 6-year-old, she tagged along.

By summer's end, the Ledecky siblings had made 100 friends ranging in age from 6 to 18. Some of them remain good friends with Katie, who went on to become the world's best swimmer in the post-Michael Phelps era.

She earned five golds and a silver at this year's world championships in Budapest, maintaining the upward trajectory she first established as a surprise gold medalist at the 2012 London Olympics.

Last year, Ledecky was second to gymnast Simone Biles in the balloting.

The AP Male Athlete of the Year will be announced Wednesday.

Ledecky is the eighth female swimmer to win and the first since Amy Van Dyken in 1996. Among the others is 1969 winner Debbie Meyer. At last year's Rio de Janeiro Games, Ledecky equaled Meyer's feat of sweeping the 200, 400 and 800 freestyles in a single Olympics.

"It's a really great history of women swimmers and freestylers," Ledecky said of the AP honor roll. "I really look up to a lot of those women."

She is the first active college athlete to win since UConn basketball player Rebecca Lobo in 1995.

Ledecky is a sophomore at Stanford, still debating whether to major in psychology or political science, and enjoying life in the dorms, where she lives with five other swimmers.

"Just being in the college environment has kind of added another layer of fun," she said. "Being with teammates and working toward NCAA championships and having that team goal, that's another thing that is fun."

Ledecky heads to Colorado Springs, Colorado, for high-altitude training with her Stanford team this week. Her focus is on the collegiate season through the NCAAs in March.

In moving cross-country from her home in Bethesda, Maryland, to attend college in California, Ledecky left behind longtime coach Bruce Gemmell. But like some of those old summer league teammates, Ledecky has stayed in touch. She trains with Gemmell when she returns to visit her family.

She was a star to them in 2012 but a little-known 15-year-old to the rest of the world when she won the 800-meter freestyle in world-record time in London.

In 2013, Ledecky won four golds at the worlds in Barcelona, setting a pair of world records. Two years later in Kazan, she swept every freestyle from 200 to 1,500 meters, setting two more world records. Another two world records fell last year in Rio.

In her typically understated way, Ledecky said: "I really pride myself on the consistency I've had over the past couple years. Just being able to compete at the international level and come away with some gold medals each year."

Ledecky didn't set any personal bests or world records in Budapest, something she's done with such frequency that people expect to witness something spectacular anytime she dives in the pool.

Her loss in the 200 free in Hungary was considered an upset.

"If they're disappointed with me not breaking a world record, it's an honor because it's representative of what I've done in the past and a benchmark for myself," she said. "I don't focus on what anyone thinks of my goals or wants to see me do."

Not yet halfway toward the 2020 Tokyo Games, Ledecky already is thinking ahead. Like Phelps, she never publicly reveals her target times or placements.

"I set big goals for myself and that's always what has motivated me," she said.

Despite living in a results-focused world, Ledecky enjoys the journey, something she learned between London and Rio.

"Trying to find those little things to improve on and the process of getting better," she said. "Doing everything in practice to set yourself up well each year."

Her sunny smile and friendly demeanor belie the competitor who is always plotting ahead and moving forward ever faster.

"I know the four years goes by very quickly," Ledecky said, "and I want to do everything I can to prepare."