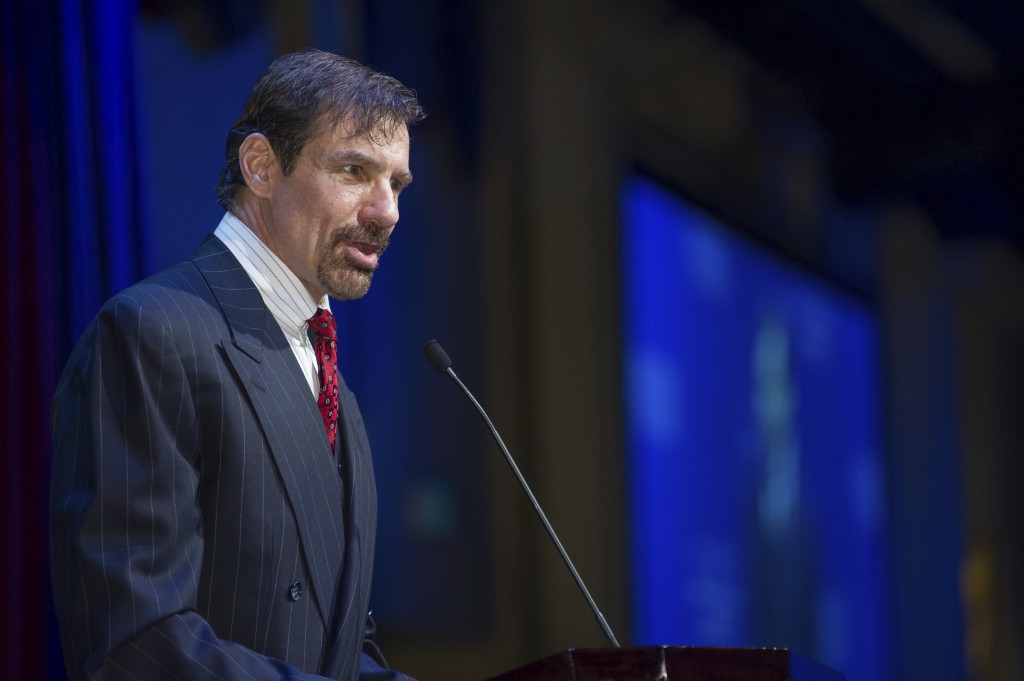 OKLAHOMA CITY (AP) — After his sister was slain and his mother ran into the accused killer, out on bail, in a grocery store a week later, California billionaire Henry Nicholas became a fierce advocate for the rights of crime victims.

He donated millions from his fortune as co-founder of tech giant Broadcom to create a so-called "crime victims' bill of rights"— dubbed Marsy's Law after his slain sister Marsalee — and add it to the state's constitution in 2008.

Now Nicholas is taking his crusade nationwide, with teams of lobbyists, public relations firms and high-powered political strategists converging on other state capitols for a similar push. But while the idea of standing up for crime victims is an easy sell politically, complaints are mounting that the initiative is becoming a testament to the danger of unintended consequences.

Not just defense lawyers, but some local prosecutors, police and victims' advocates are concerned that the law's extensive victim-notification requirements could impose crippling costs and administrative burdens on smaller towns and counties with limited resources. Supporters maintain those complaints are exaggerated and that any increased workload is worth the benefit of helping crime victims.

Still, law enforcement and victims' advocates in some places are calling for its defeat or reversal.

"Our local government does not have enough money to operate and protect victims adequately already. Now we have these unfunded mandates that are coming through Marsy's Law to local governments without the resources to pay for them," said Leo Gallagher, county attorney in Lewis and Clark County, Montana.

Montana passed the measure in 2016, but the state's Supreme Court recently tossed it out citing flaws in how it was written.

Marsy's Law requires that crime victims be notified and heard in most criminal proceedings, receive protection and "full and timely" restitution and be allowed to confer with prosecutors. It also expands victims' privacy rights and prohibits "unreasonable delay" of criminal cases.

The measure has been approved by voters in six states — California, Ohio, Illinois, Montana, North Dakota and South Dakota — and efforts have been launched in at least nine more.

Skeptics are trying to push back.

"When we first heard about it, we thought it was a no-brainer," said Darla Juma, who runs the victims' witness assistance program in two counties in North Dakota, where the ballot measure passed last year. "But there are counties that don't have a victims' advocate, and now they're having to send notices, notify victims. Who's going to pay for that work?"

Some prosecutors complain that the requirements are especially impractical for white collar cases with large numbers of victims, such as securities frauds involving thousands of stockholders.

"You really would clog the system if you're going to give thousands of people the right to be heard at every stage of a proceeding," said Barry Pollack, former president of the National Association of Criminal Defense Lawyers.

Marty Lambert, the top prosecutor in Gallatin County, Montana, the state's third-largest county with about 90,000 residents, said he would have to hire two additional staffers for all the hearing and offender-release notices.

But law enforcement agencies in California, where the law has been in effect the longest, are finding a way to adjust, though not easily.

In that state, "I wouldn't call it a catastrophe," said Robert Weisberg, co-director of the Criminal Justice Center at Stanford University. "I would call it a notable administrative burden."

Supporters of Marsy's Law say there simply isn't any evidence of law enforcement being overwhelmed. Nicholas did not respond to an interview request.

In Oklahoma, where the proposal will appear on the state ballot in 2018, David Prater, the top prosecutor in Oklahoma's largest county, said he's keeping an open mind.

"Anything we can do to allow victims a greater voice in the system and to ensure that their rights are upheld, I think that is very important," Prater said.

Even states that welcomed the law have been amazed by the promotional juggernaut behind it.

In South Dakota, which ranks 46th in population in the U.S., Nicholas spent more than $2 million on consultants, strategists and advertising for the campaign. The amendment was approved in 2016 with nearly 60 percent of the vote, but Republican Speaker of the House Mark Mickelson now says he intends to push for its repeal next year because of the costs.

Nicholas also spent about $2 million in neighboring North Dakota, or about $6 per voter.

In Oklahoma, the proposal sailed through the Legislature this year with the help of nine lobbyists and two public relations companies. Marsy's Law pamphlets were circulated everywhere that crowds formed, even outside football games.

"The real export from California is indeed the whole lobbying operation," said Weisberg, the professor at Stanford. "We've helped birth the creation of a vast industry that knows how to put forth statewide ballot campaigns."