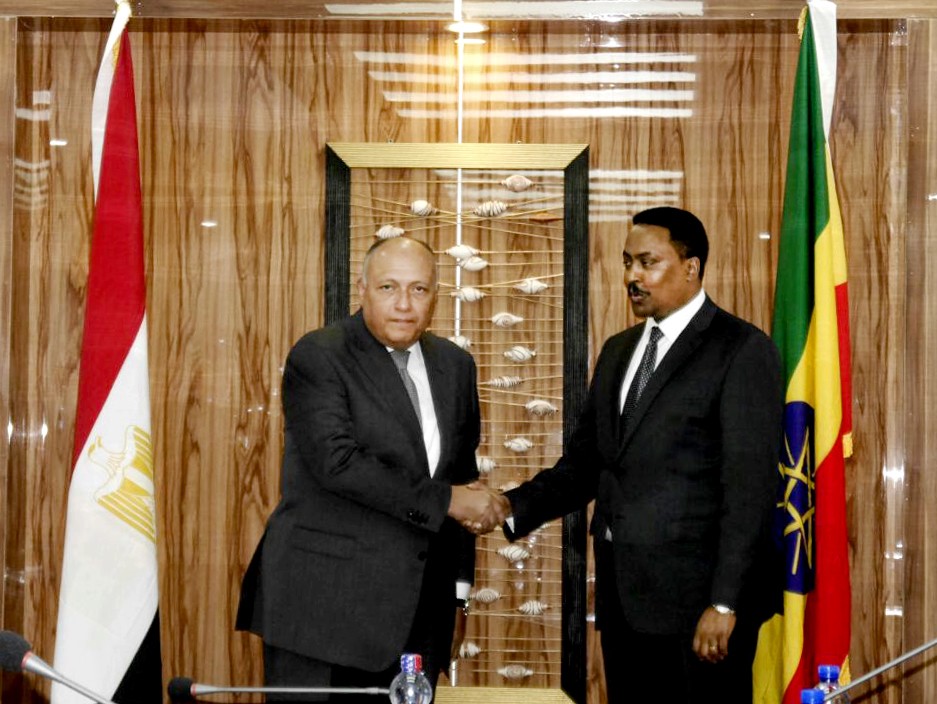 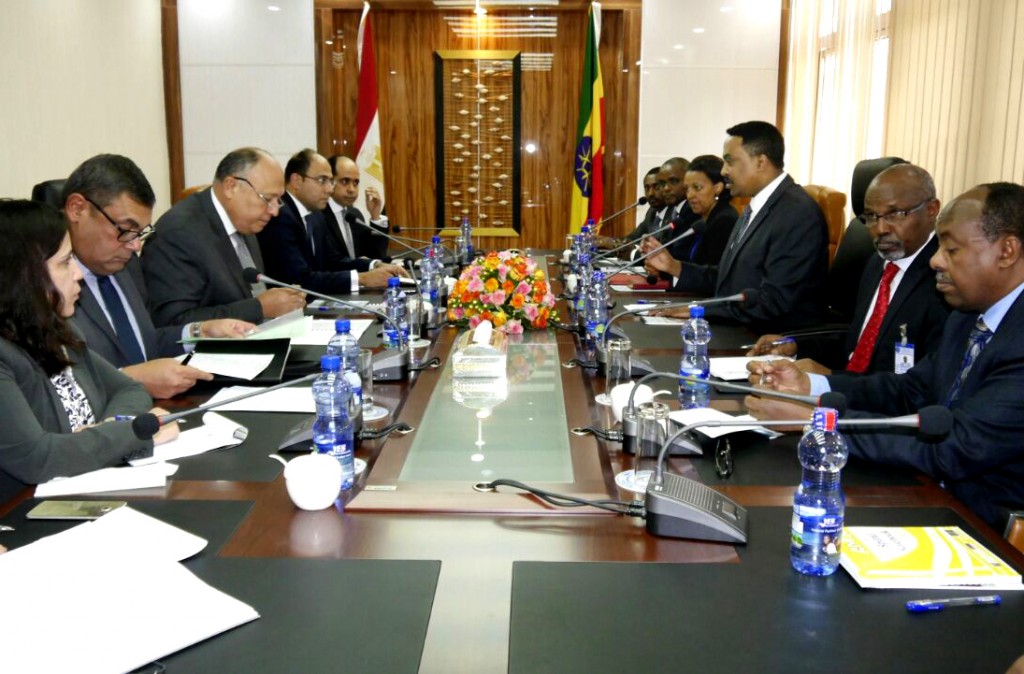 ADDIS ABABA, Ethiopia (AP) — Egypt says the World Bank should be brought in to resolve tensions with Ethiopia over a massive dam on the Nile River that Egypt says threatens its water security.

Shoukry calls the World Bank "neutral and decisive" and says "science should be the determining factor" in resolving the issue.

Foreign Minister Workneh Gebeyehu says Ethiopia will consider Egypt's proposal and that "this dam is not going to cause any significant harm."

The dam, now 63 percent complete, will be the biggest hydro-electric plant in Africa.

Ethiopia's leader is expected to visit Egypt next month.