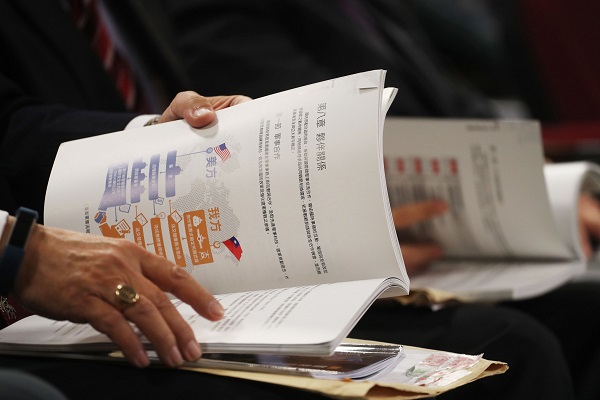 TAIPEI (Taiwan News) – On Dec. 26, the Ministry of National Defense released its bi-annual report on military spending and readiness, and held a press conference to discuss the contents

This report marks a departure from previous years because of the level of transparency regarding military purchases from the United States, with detailed diagrams and maps included for reference.

The press conference entitled “Protecting the territory; A look at the National Military,”briefly reviewed the contents of the national defense report which includes five sections, with a total of 10 chapters, and a large number of pictures, charts and diagrams, as reported by CNA.

This year’s report marks the first time that a diagram detailing the process of weapon’s acquisitions from the United States has been included in the bi-annual defense report.

Ministry officials said that the relationship between the United States and Taiwan, as governed by the Taiwan Relations Act has continued to develop positively, as reflected in the current report.

In the future, the ministry hopes that increased transparency will contribute to more robust cooperation between the two countries, as the United States remains committed to the safety and security of Taiwan and the Taiwanese people.