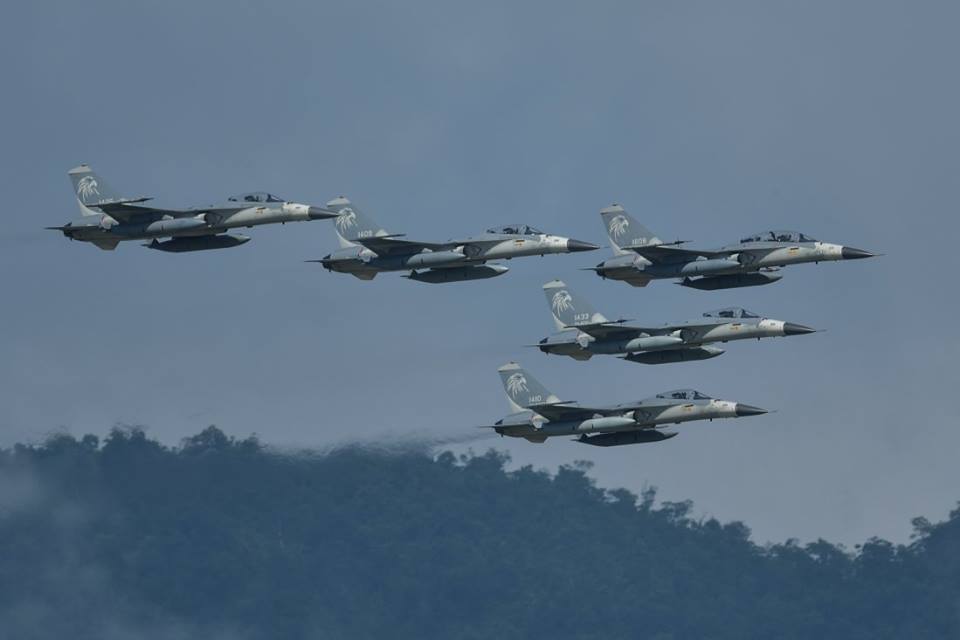 TAIPEI (Taiwan News) – The upcoming issue of Asia Weekly will include an article analyzing the latest data on Taiwan’s air defense systems, and the prognosis is not good.

The report entitled "Taiwan’s Imminent Air Defense Crisis” by Lu Lishi (呂禮詩), a retired Taiwanese navy captain and a military expert, argues that if the Taiwanese Air Force and the country's defense capabilities are not immediately reassessed and upgraded, then “Not even the Gods or Buddha will be able to save” the island country.

If that sounds dire, that’s because it is. The article references the increasing frequency of air drills by the Chinese PLA, and their increasing range. In mid-December, fighter jets flew through the strait between Japan and Korea for the first time.

The article notes that Japanese defense officials reported that in 2013, Japanese SDF aircraft were scrambled 413 times, while in 2016 they were scrambled 851 times in response to the increasing threat from China.

The expanding range of Chinese air force drills around Taiwan is no less alarming. Since January 2017, PLA aircraft have been spotted ranging the waters off Taiwan’s east coast a total of 16 times, compared to four times in 2016.

The report explains that the constant drills of PLA aircraft circling Taiwan are intended to determine, and to eventually penetrate the range of Taiwan’s air defenses.

The PLA is fast discovering exactly how much range it has to maneuver, and thus outmaneuver the current air defenses of Taiwan.

While many international observers often consider Taiwan as an “island filled with missiles,”the article makes it very clear that despite the quality of current defense capabilities, the numbers are simply not in Taiwan’s favor.

Asia Weekly notes, while Taiwan’s stock of patriot two and patriot three missiles would theoretically be able to defend against a barrage or fleet of up to 161 combat targets, there is reportedly only enough stock to withstand a few such large barrages or fleets. Even more concerning, is that according to the report, all of Taiwan’s missile defense assets combined would only be able to neutralize about 8 percent of the 2000 plus missiles which the PLA would have at its disposal, if China chose to go all in on a campaign of ballistic bombardment.

Ultimately, the article challenges the national military and the executive branch to seriously address the deficit in Taiwan’s air defense systems.

The author charges that Taiwan has assumed for far too long that “piggy-backing” on the United States’ defense capabilities would remain sufficient for Taiwan’s security.

The article makes a very strong case that Taiwan’s armed forces are not prepared for the threats arrayed against them.

The report urges Taiwan to quickly implement upgrades to naval air defense systems, as well as the possible acquisition of its own THAAD platforms or another “high altitude” defense system.