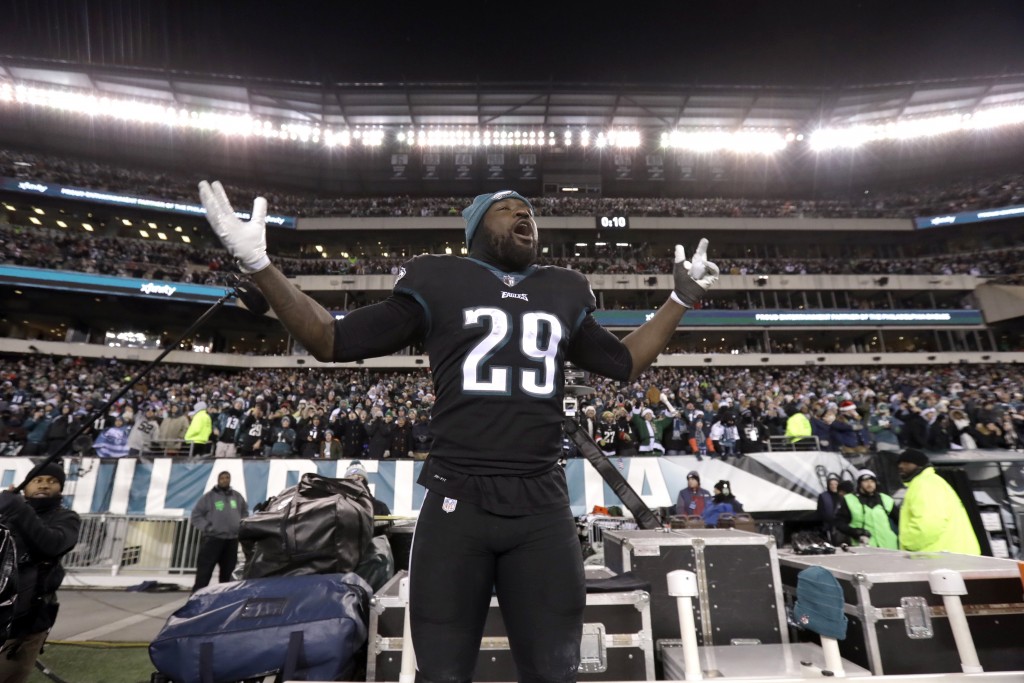 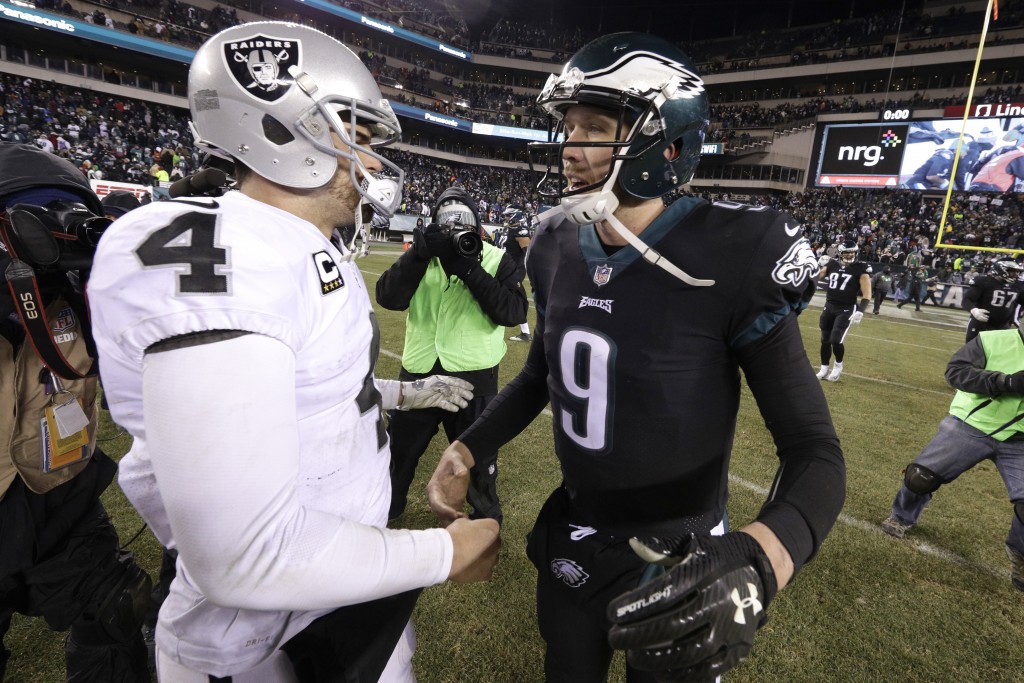 PHILADELPHIA (AP) — Jake Elliott kicked a 48-yard field goal with 22 seconds left, and the Philadelphia Eagles clinched the No. 1 seed for the NFC playoffs with a sloppy 19-10 victory over the Oakland Raiders on Monday night.

Ronald Darby intercepted Derek Carr's pass and ran it back 52 yards with 54 seconds left, but was ruled down by contact at the spot of the pick. Nick Foles then completed four straight passes for 21 yards. After an incomplete pass, Elliott nailed his kick right down the middle.

Derek Barnett returned a fumble for a touchdown after picking up a lateral on Oakland's final play from scrimmage.

The Eagles (13-2) went to the Super Bowl and lost 24-21 to New England the last time they had home-field advantage following the 2004 season.

Coming off a 12-4 season, the Raiders (6-9) were a popular pick to challenge the Patriots for the AFC title. But they've had a disappointing season and were eliminated from the playoff chase on Sunday.

HOUSTON (AP) — Ben Roethlisberger threw for 226 yards and two touchdowns, and Pittsburgh clinched a first-round playoff bye with a win over Houston.

Roethlisberger threw passes to six players as Pittsburgh (12-3) romped over the lowly Texans (4-11) despite missing NFL leading receiver Antonio Brown, who sat out with a calf injury.

The Steelers led 20-0 at halftime after taking advantage of two turnovers by the Texans. Le'Veon Bell added a 10-yard TD run late in the third quarter and rookie JuJu Smith-Schuster made it 34-6 with an 18-yard touchdown grab in the fourth.

Bell finished with 14 carries for 69 yards and Smith-Schuster had six receptions for 75 yards.