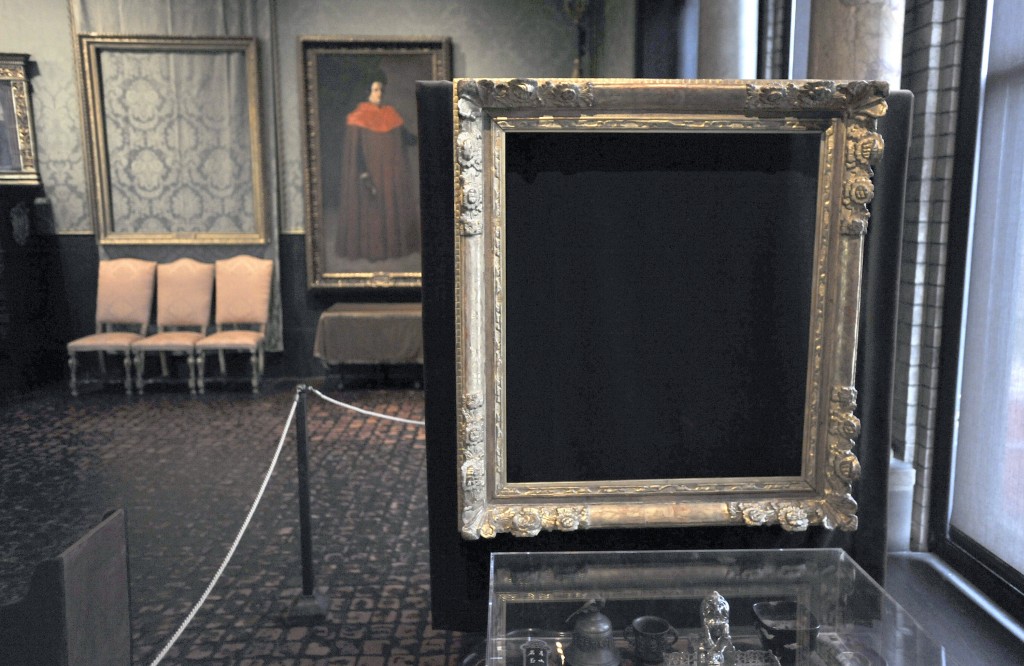 BOSTON (AP) — A hot tip could still earn you a cool $10 million from a Boston museum desperate to recover a trove of missing masterpieces. But you'd better hurry.

Midnight Dec. 31 is the deadline to collect a doubled reward being offered for information leading to the recovery of 13 works worth an estimated $500 million — including paintings by Degas, Manet, Rembrandt and Vermeer — stolen in 1990 from the Isabella Stewart Gardner Museum.

So far, no takers.

That's a big disappointment to the museum and the FBI, which still hasn't managed to solve the largest art heist in U.S. history. Both had hoped the enhanced reward would spur a flurry of fresh leads. Instead, it's been like watching paint dry.

"Right now we're laser-focused on this deadline," said museum spokeswoman Kathy Sharpless. "Clearly there's a sense of urgency on our part. We want our paintings back."

A look at the case and what's likely to happen next:

On March 18, 1990, two men masquerading as Boston police officers gained entrance to the museum by telling the security guard at the watch desk that they were responding to a report of a disturbance, according to authorities.

The guard didn't follow museum policy and allowed the men inside. He and another guard were handcuffed and locked in the basement while the thieves made off with the art.

The missing pieces include Rembrandt's only known seascape, "Christ in the Storm on the Sea of Galilee," and Vermeer's "The Concert," one of fewer than 40 known paintings by the 17th-century Dutch painter.

Twenty-seven years later, there are still empty frames on the walls of the gilded museum where the great works once were displayed.

The FBI told The Associated Press in 2015 that two suspects — both Boston criminals with ties to organized crime — were deceased.

The agency has said investigators believe the paintings moved through mob circles to Connecticut and Philadelphia, where the trail went cold.

Meanwhile, the five-year statute of limitations on crimes associated with the actual theft expired more than 20 years ago, so the thieves — even if captured — no longer could be prosecuted.

Although authorities haven't offered blanket immunity for whoever has the paintings now, they say they're willing to consider immunity for anyone who can help them recover the stolen works.

For years, the museum has offered a $5 million reward. Last May, trustees upped it to $10 million — but only through the end of 2017.

Dutch art sleuth Arthur Brand, who has helped European authorities recover other stolen works, says he has spoken to former police officers, ex-members of the Irish Republican Army and others, and remains convinced he is inching closer to solving the mystery.

"I said from the beginning if it's not solved by the first of January it will become ... less likely that it will ever be solved," Brand told the AP. "We are getting closer. There are so many people working on it that in the end the truth will come out — I'm absolutely certain about that. The only question is, do the paintings still exist?"

Sharpless, the museum spokeswoman, says the gallery will happily write that check for the right tip.

"We're really not interested in theories as much as in good credible information and facts," she said. "It only takes one good piece of information to help solve this puzzle."

Associated Press writer Mike Corder in The Hague, Netherlands, contributed to this report.