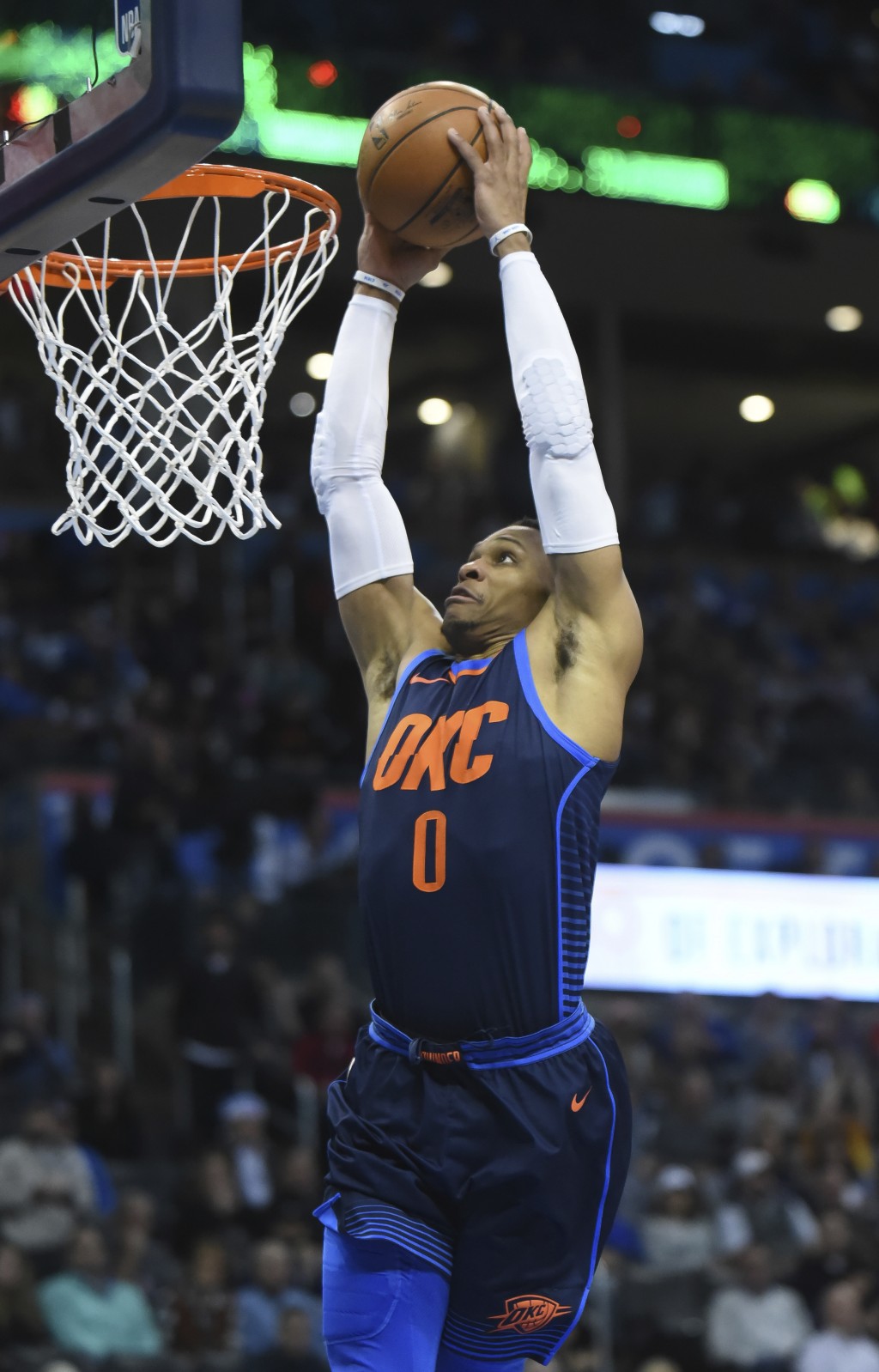 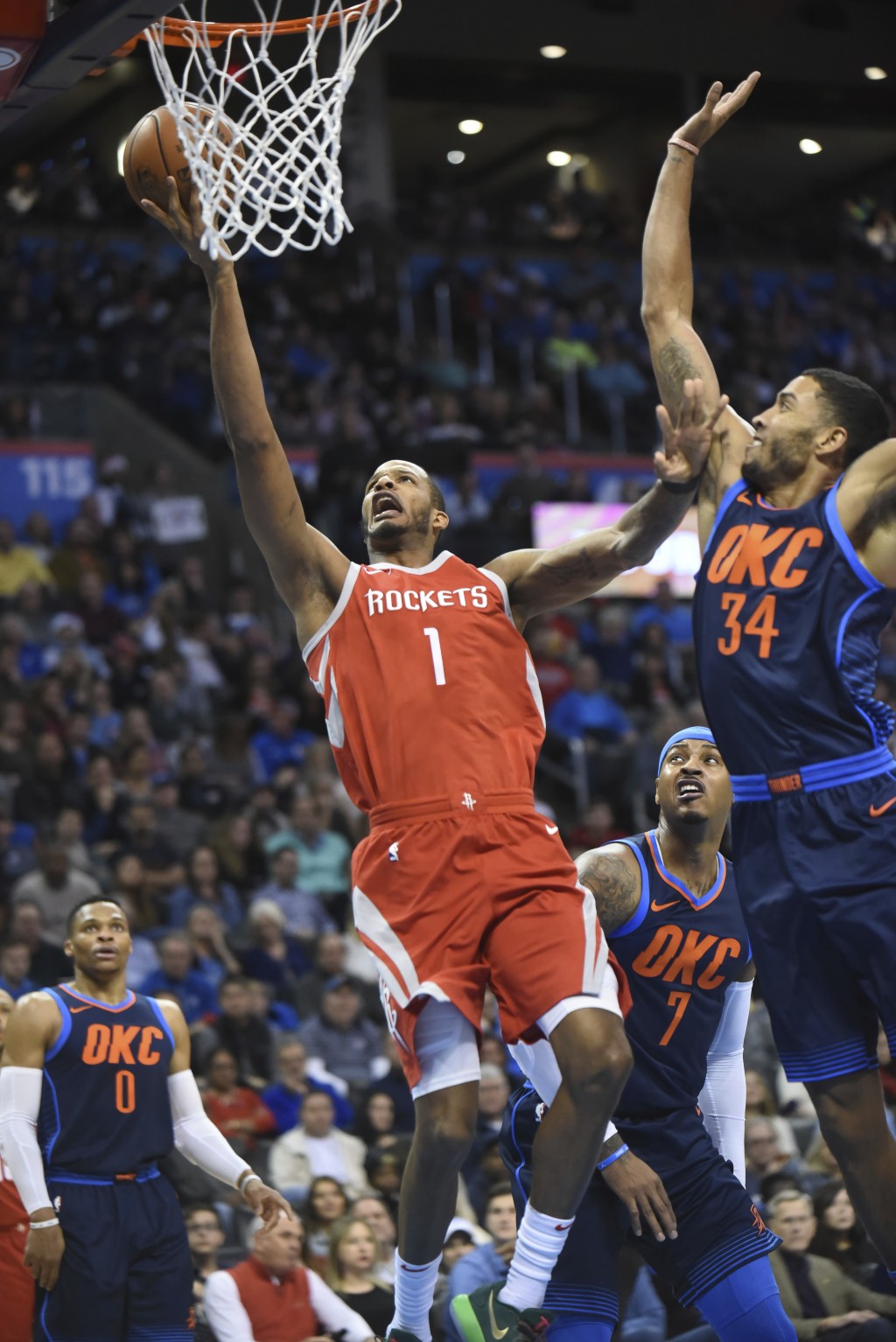 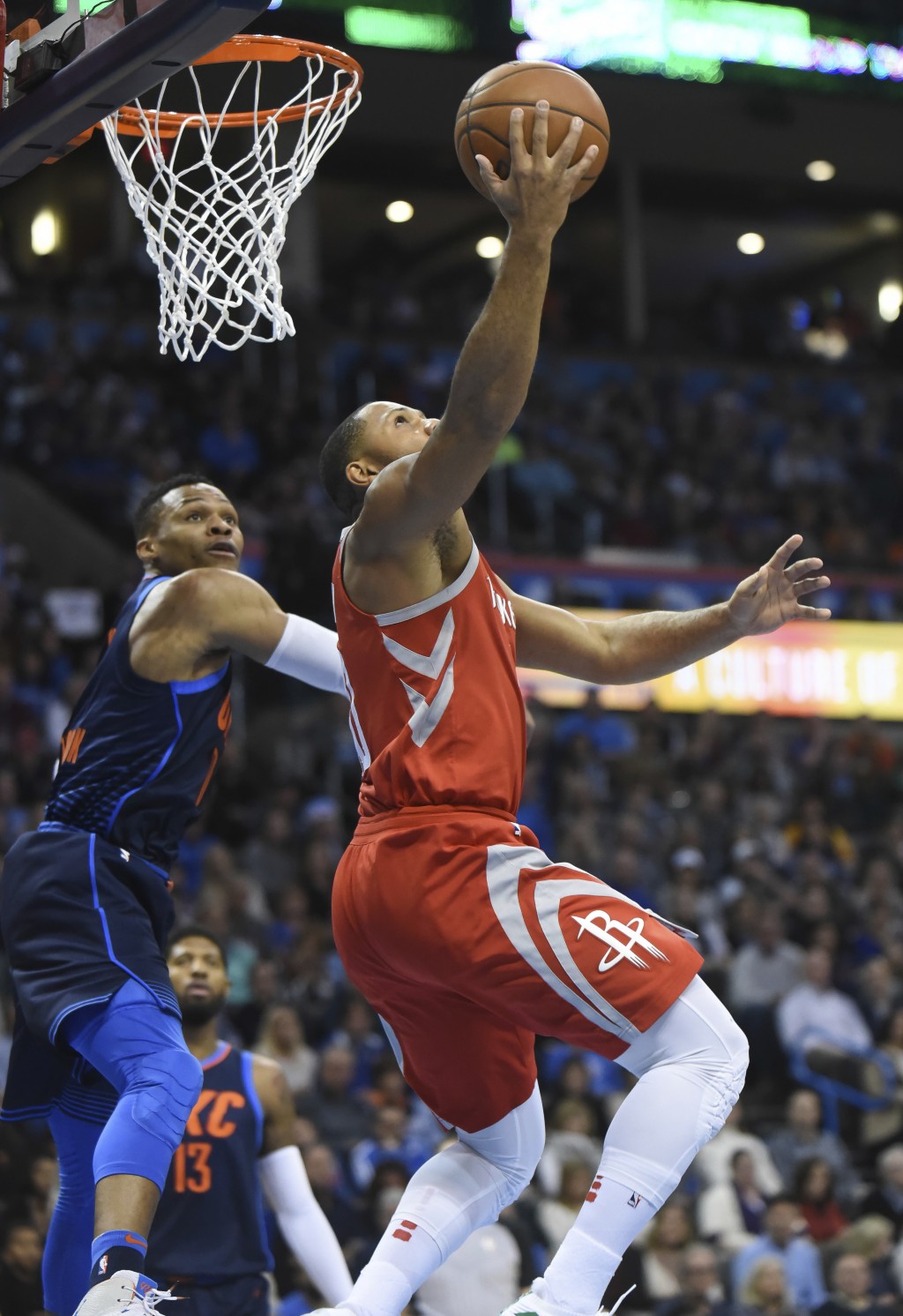 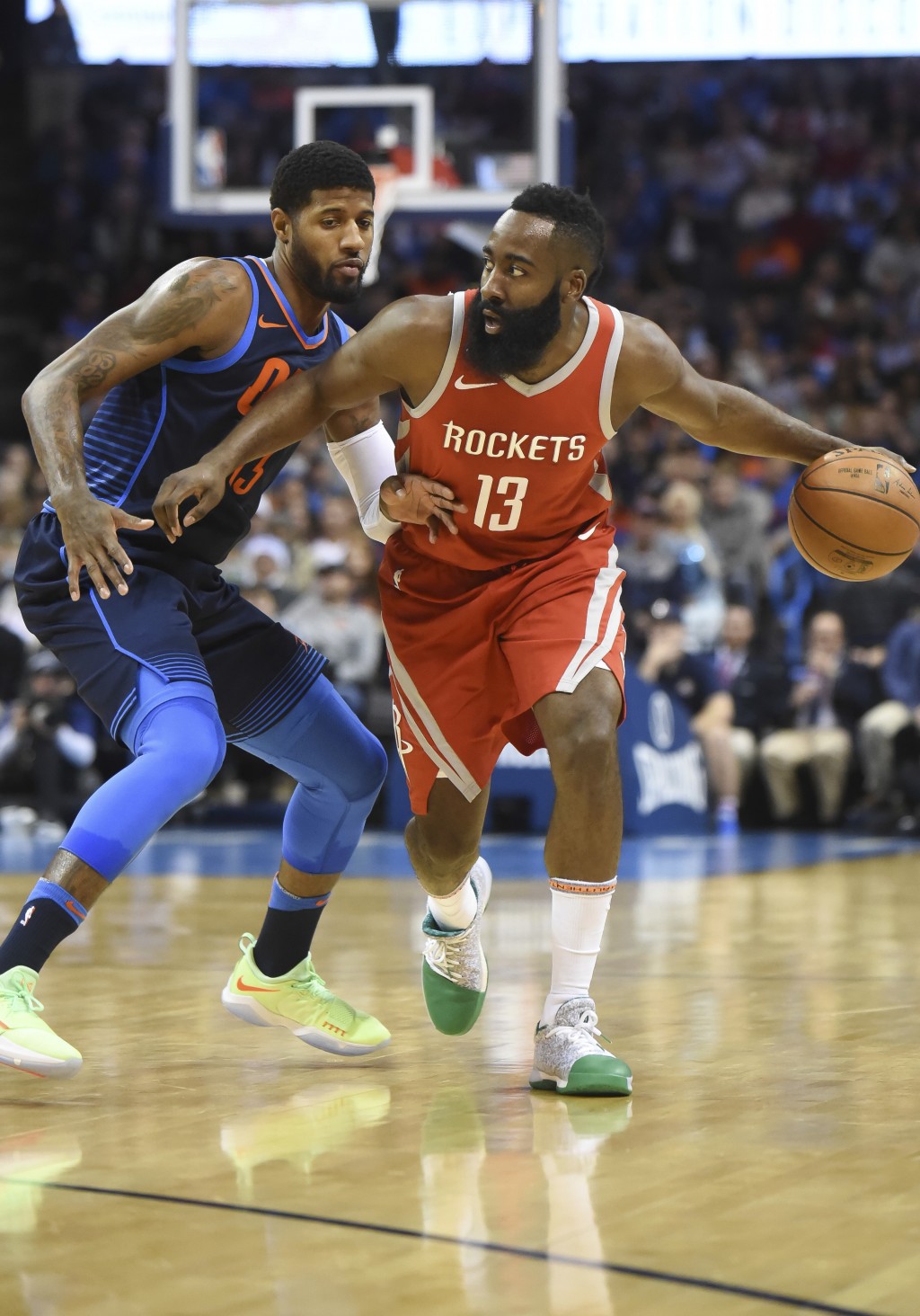 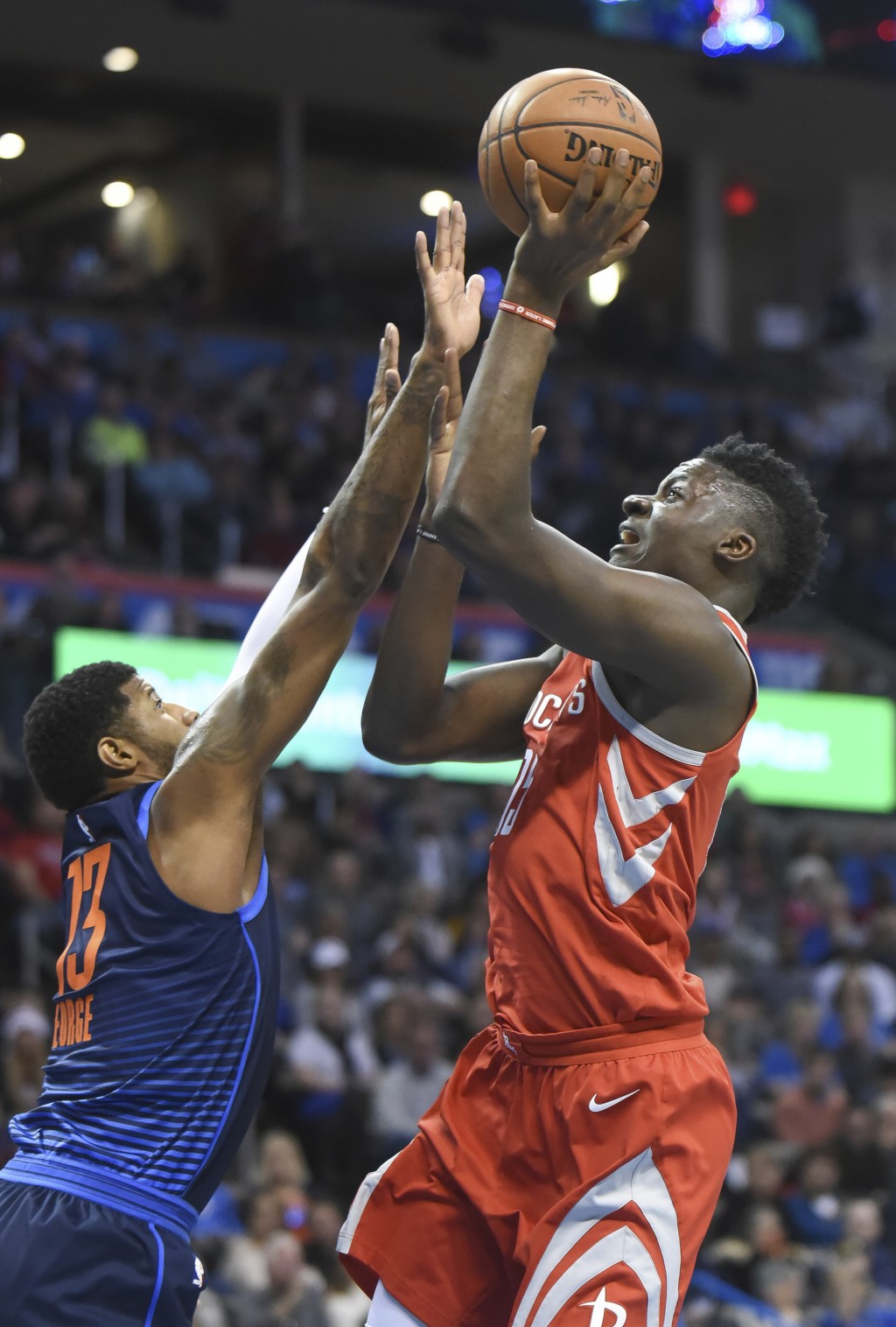 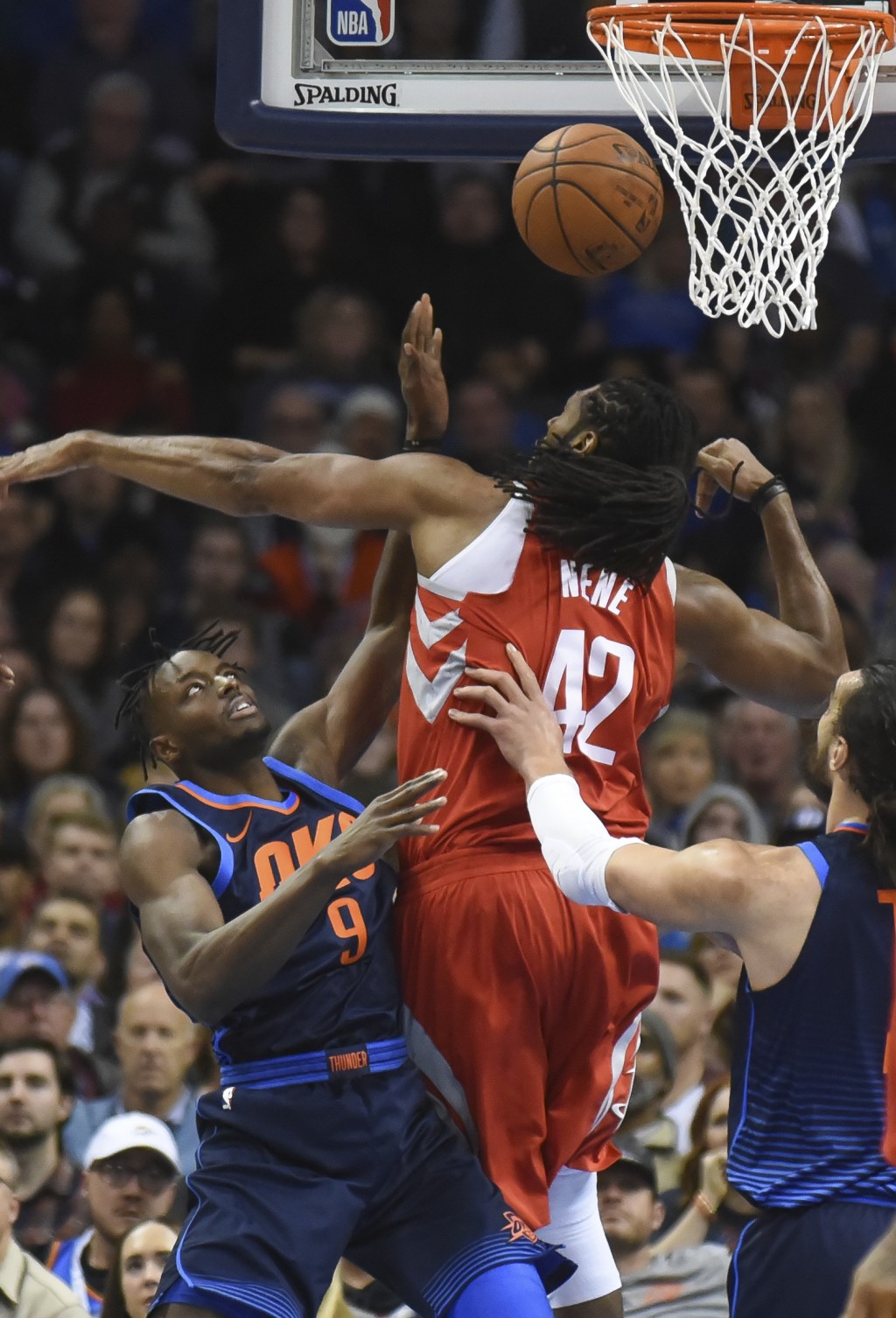 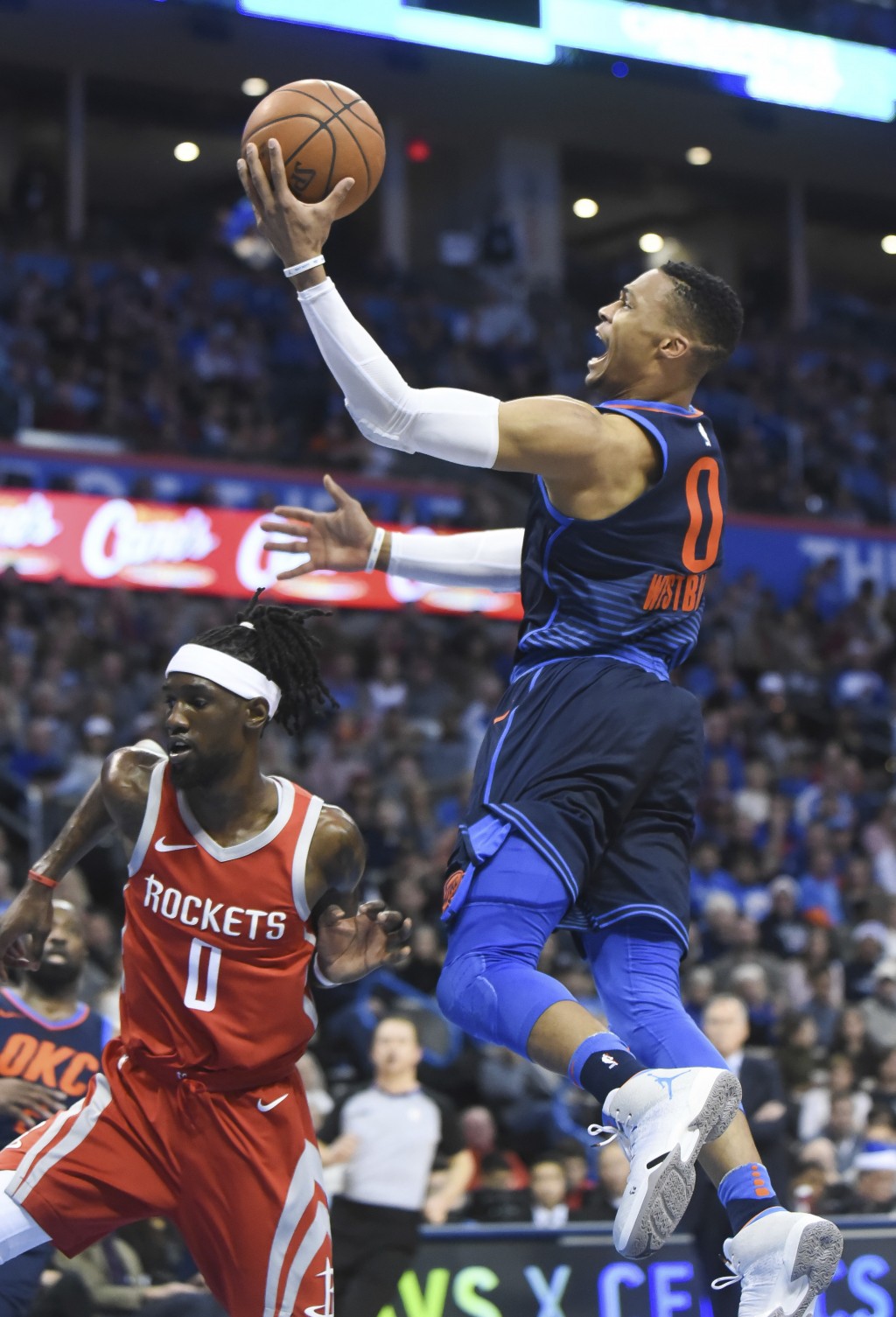 OKLAHOMA CITY (AP) — Russell Westbrook had 31 points and 11 assists to help the Oklahoma City Thunder stay hot with a 112-107 win over the Houston Rockets on Monday night.

James Harden led the Rockets with 29 points, but he made just 7 of 18 field goals. The league's leading scorer was coming off back-to-back 51-point games.

Trevor Ariza and Eric Gordon each scored 20 points and Clint Capela added 19 points and 10 rebounds for Houston, which lost its third straight.

Houston point guard Chris Paul sat out with a groin strain. The Rockets are 15-1 when he plays and 10-6 when he doesn't.

Westbrook broke away for a fast-break dunk to give the Thunder a 65-59 lead early in the third quarter. The Rockets rallied, and the score was tied at 88 heading into the fourth.

Houston had the ball down by three points in the final minute. Harden missed a wild 3-pointer while trying but failing to draw a foul, and the Thunder got control in a scramble. Westbrook found Andre Roberson for a layup with 21 seconds left to put the Thunder up 112-107.

Rockets: Capela returned to the starting lineup. He had missed the previous two games with a left heel contusion. ... Houston committed just one turnover in the first quarter and 14 overall.

Rockets: At Boston on Thursday night.