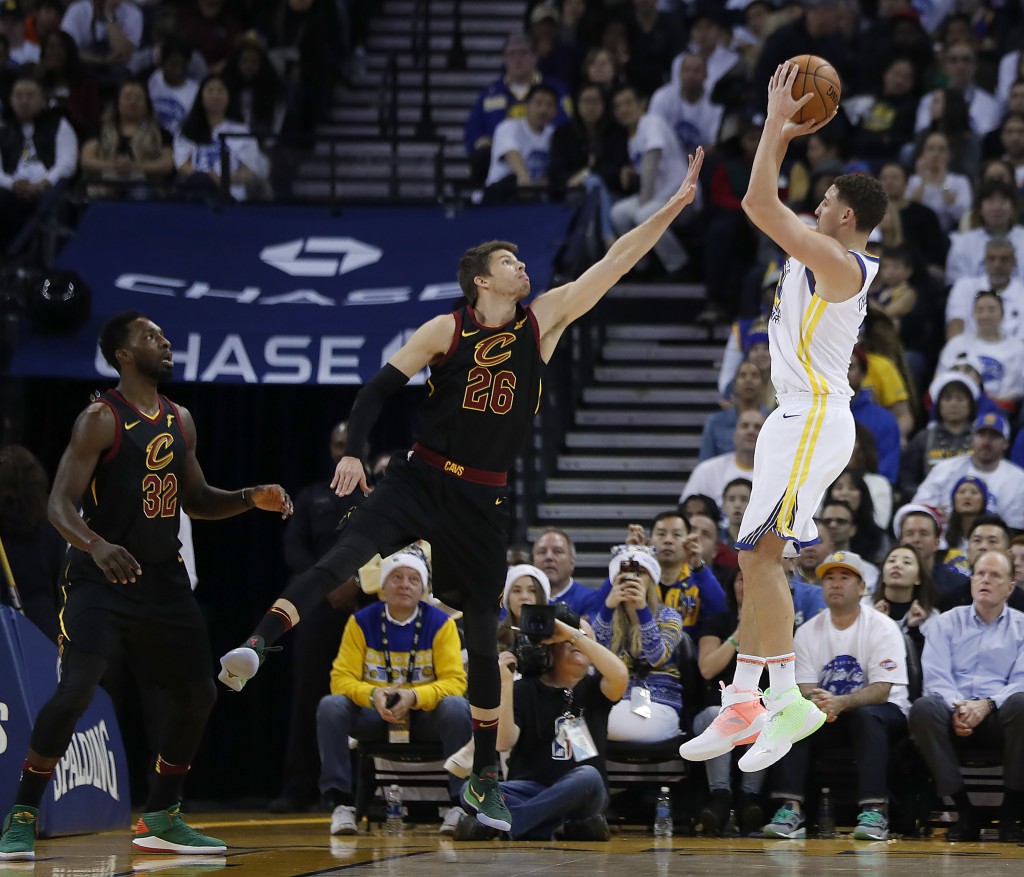 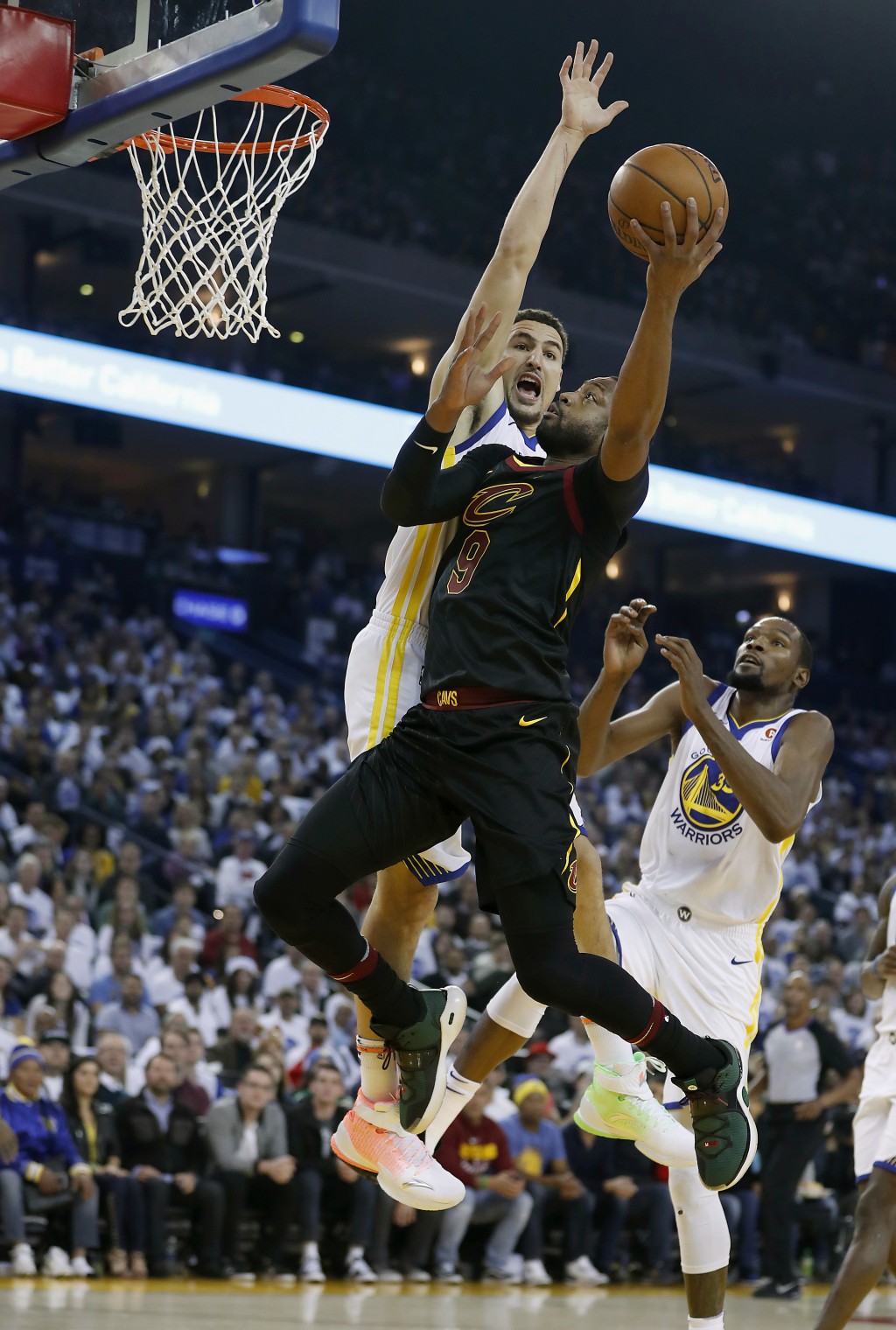 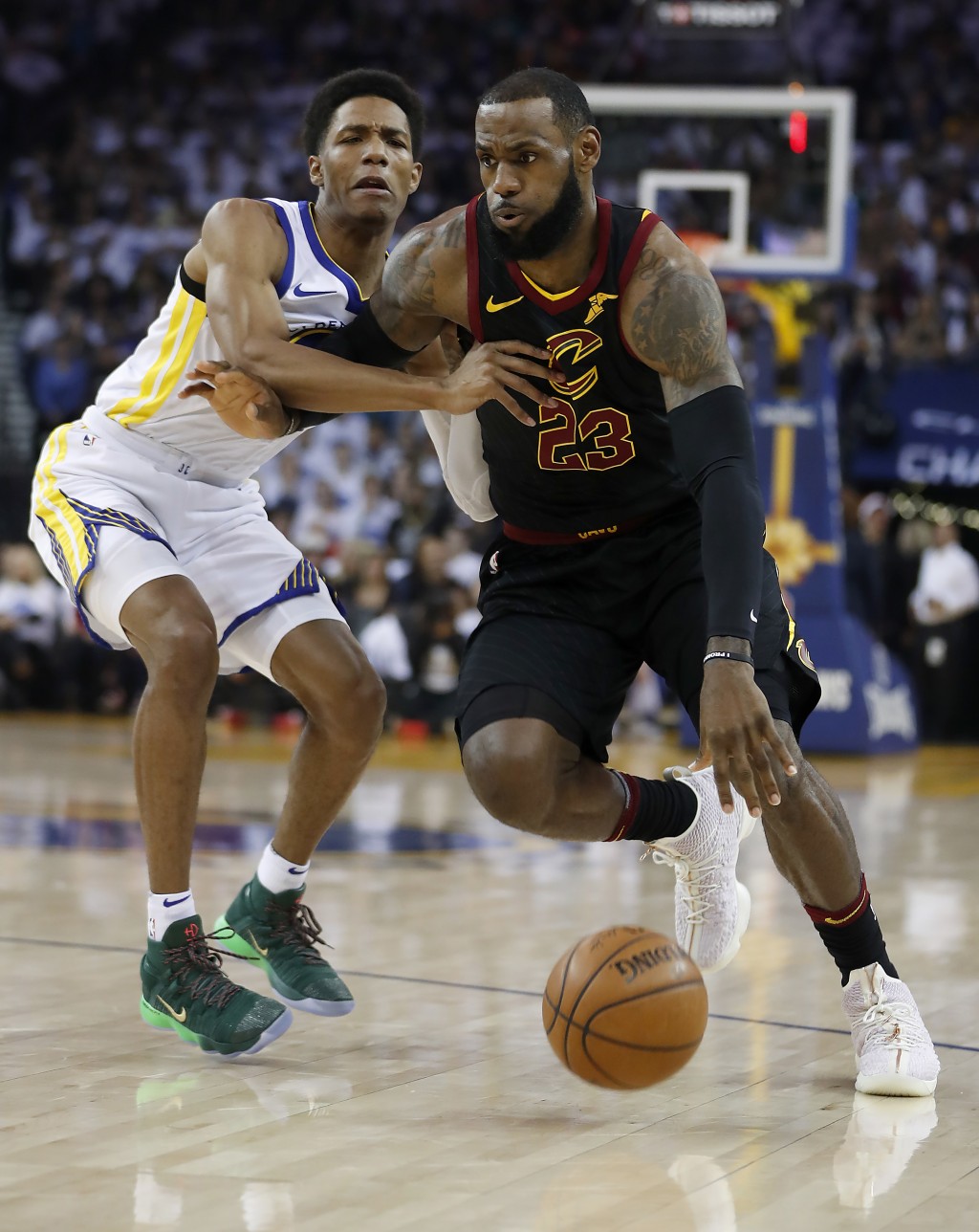 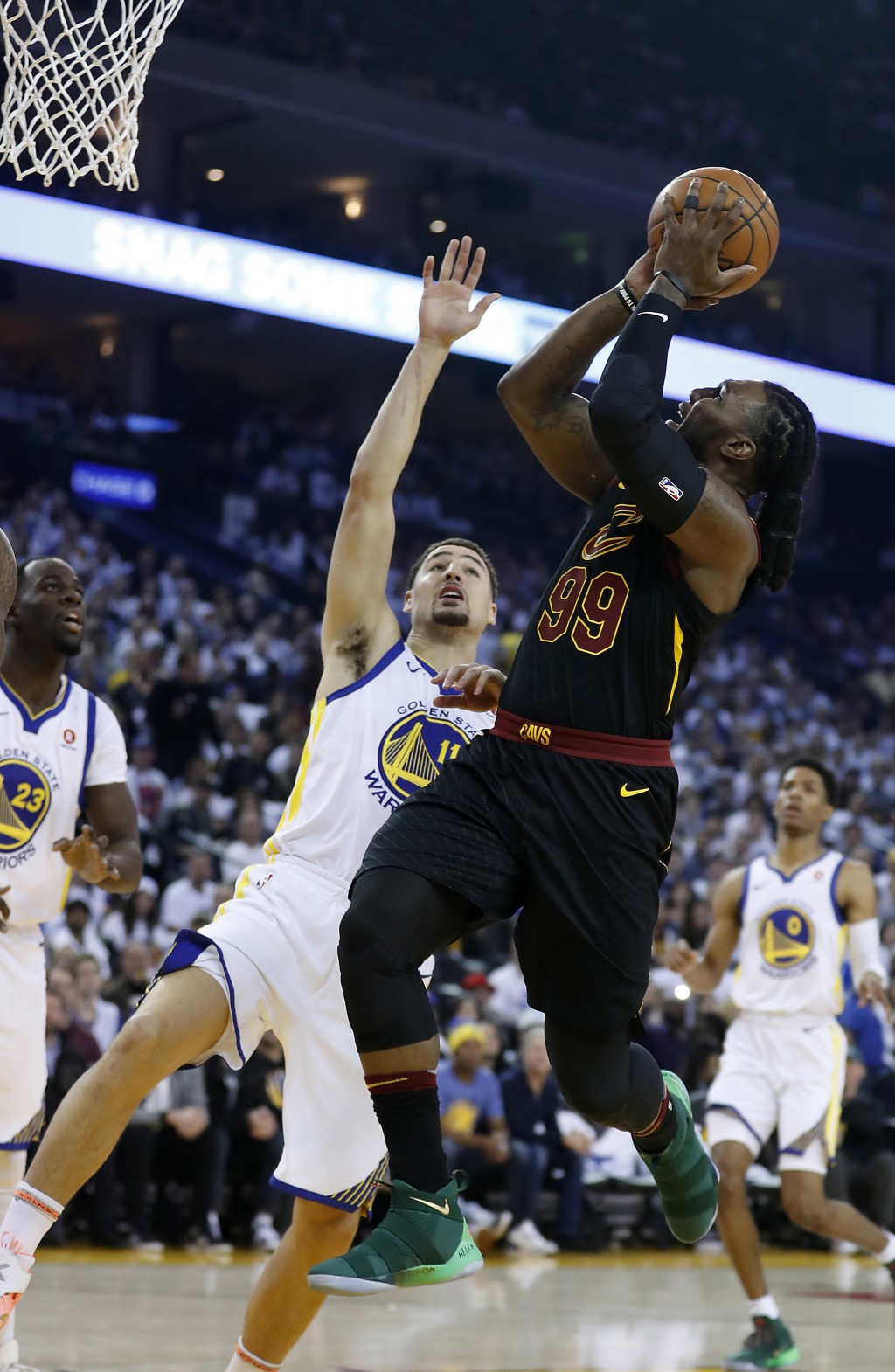 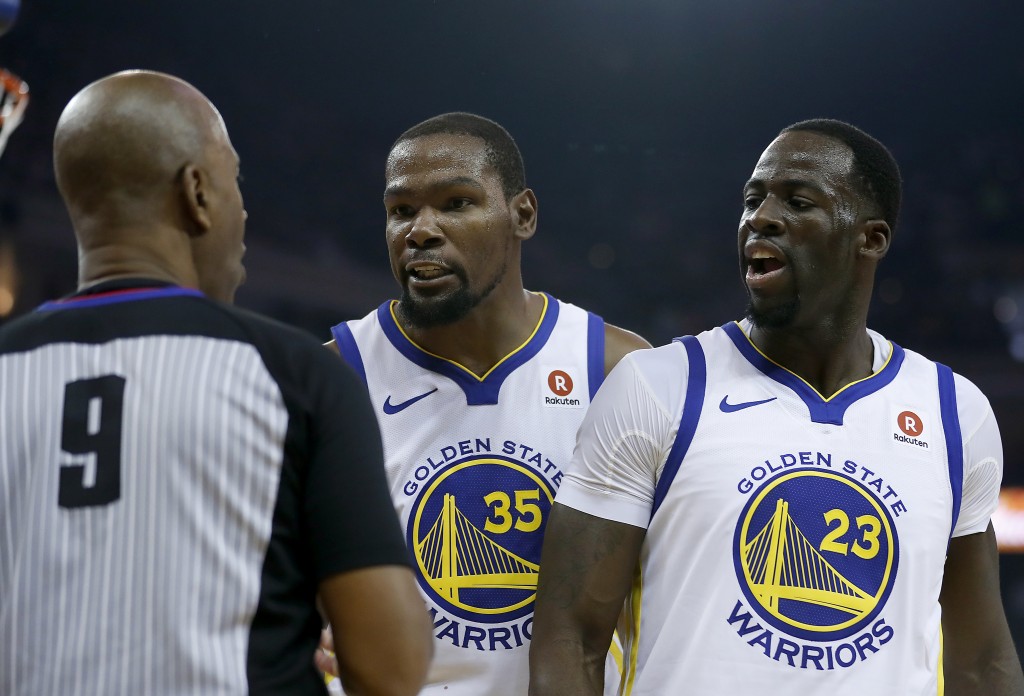 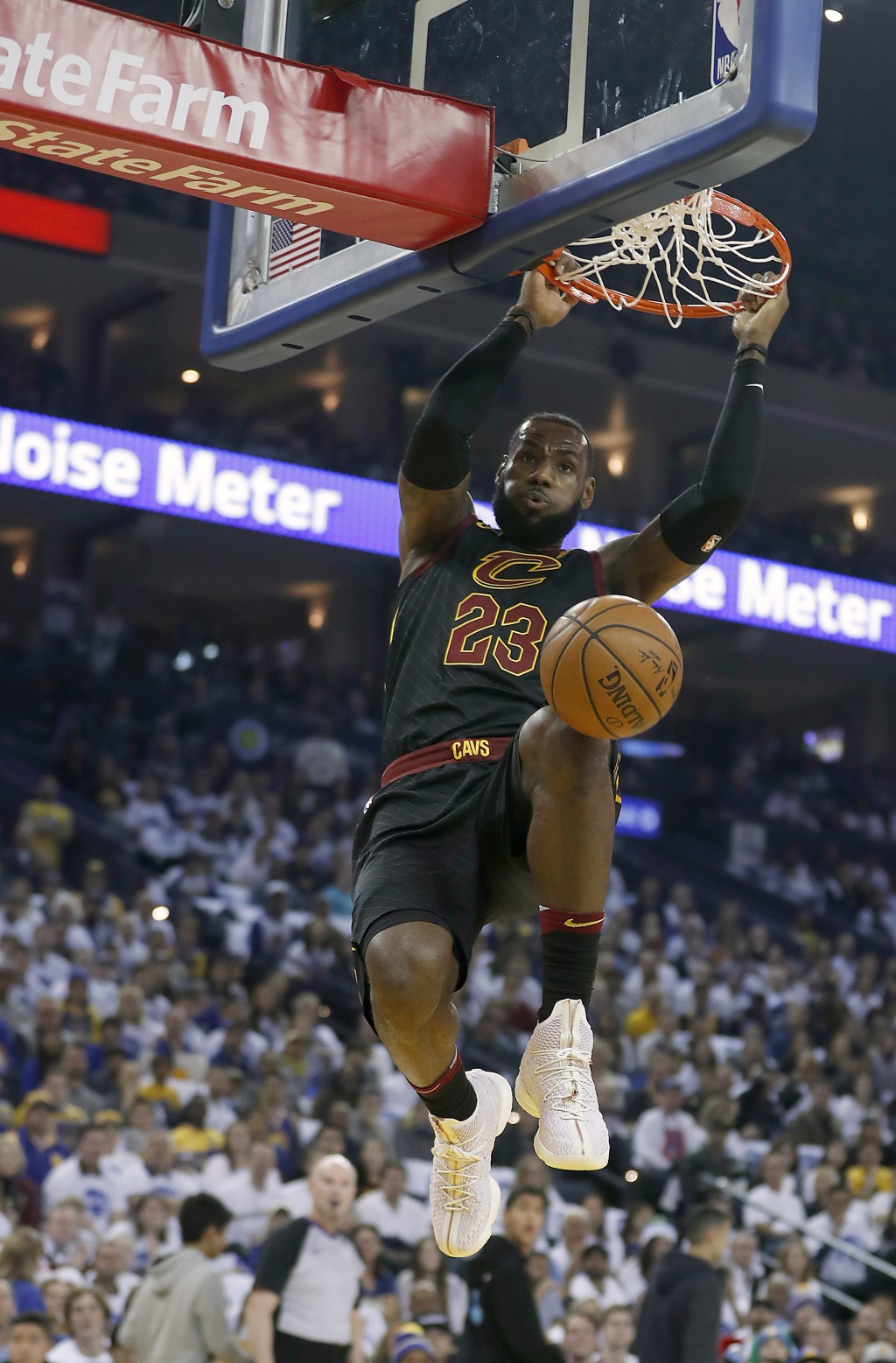 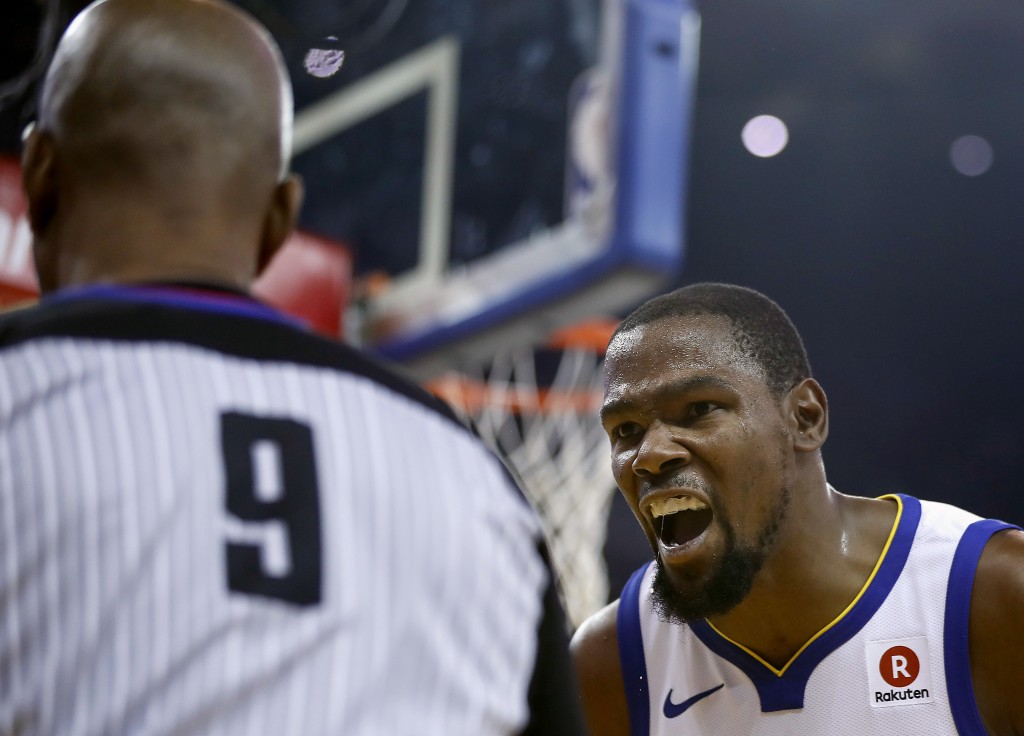 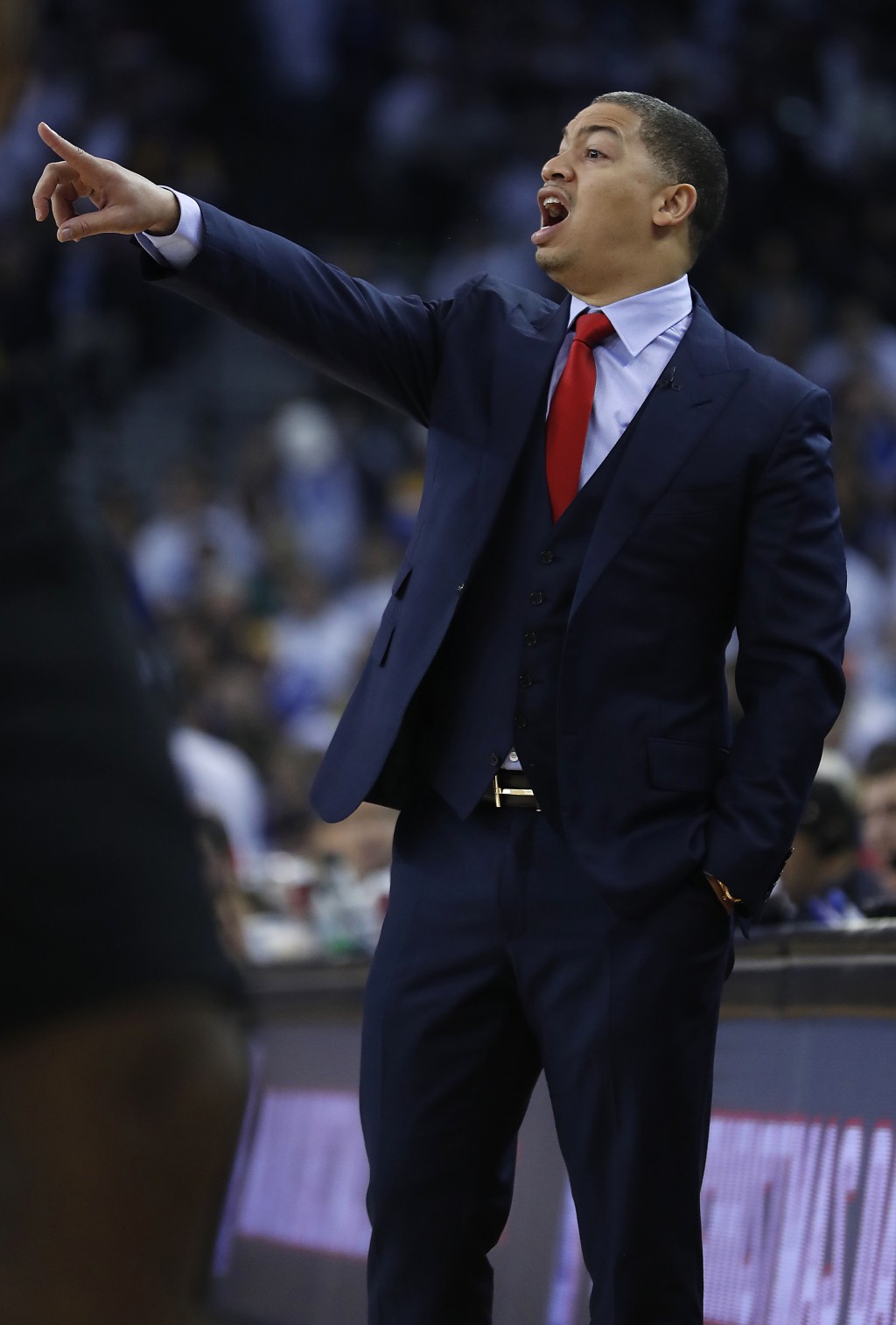 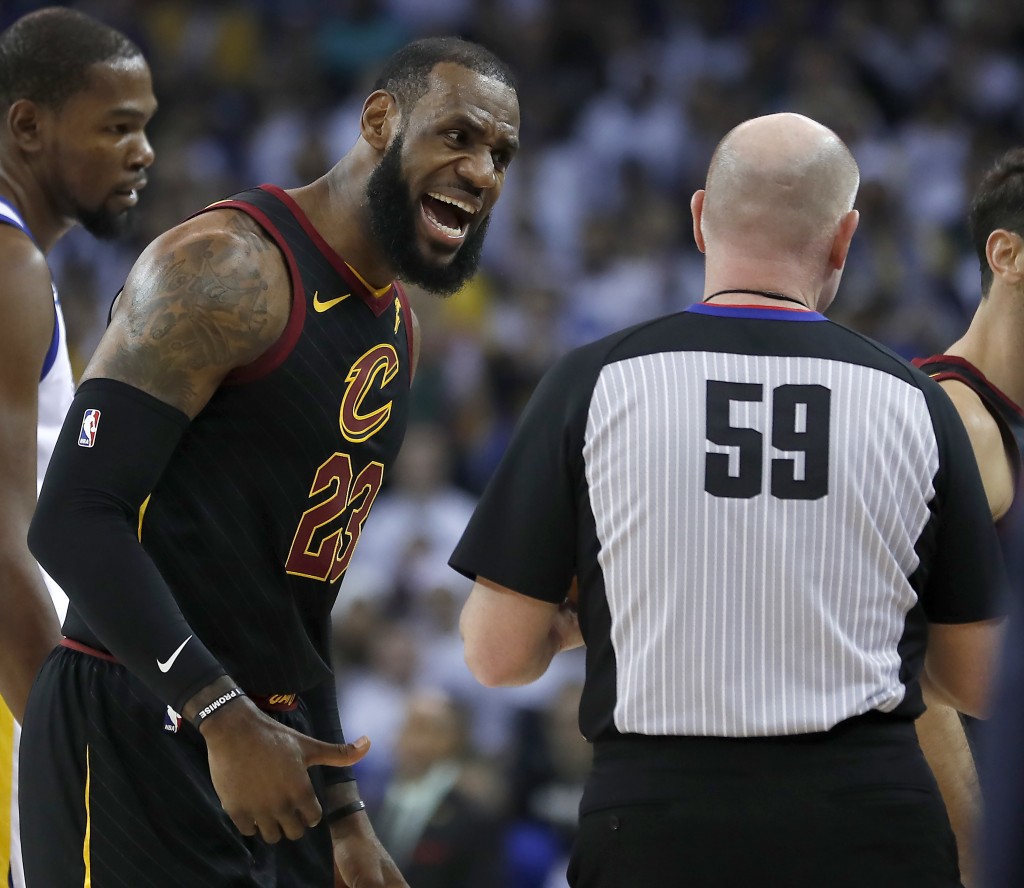 OAKLAND, Calif. (AP) — Klay Thompson hit a go-ahead 3-pointer with 1:33 left, Kevin Durant defended LeBron James and delivered on both ends against Cleveland just as he did six months ago to earn Finals MVP, and the Golden State Warriors beat the Cavaliers 99-92 on Monday in a Christmas Day rematch of opponents from the past three NBA Finals.

Kevin Love had 31 points with six 3-pointers and a season-best 18 rebounds, while James contributed 20 points, six rebounds and six assists in a rivalry missing one key piece: the Warriors' two-time MVP Stephen Curry, who missed his eighth straight game with a sprained right ankle.

Thompson scored 24 points and Draymond Green had a triple-double with 12 points, 12 rebounds and 11 assists. It was Golden State's 12th win in 13 games after its 11-game winning streak was snapped by Denver on Saturday night.

Warriors rookie Jordan Bell traveled with 2:13 left and James tied it before Thompson came through with his fourth 3.

James' 3-pointer with 10:39 left pulled Cleveland within 73-72, but Green immediately answered with a 3 and Andre Iguodala scored two of his nine points the next time down. In another key sequence, Durant blocked Tristan Thompson's shot with 6:23 to go and dunked moments later.

No surprise, the up-tempo, running rivals provided high entertainment once again. The Warriors last June captured a second championship in three years against James and the Cavaliers.

"I forgot all about it," Cavs coach Tyronn Lue said with a chuckle.

He certainly can recall Cleveland's title-clinching victory at Oracle Arena in 2016 after the Warriors won it all in 2015 for their first title in 40 years.

The teams will see each other again soon, playing Jan. 15 in Cleveland.

The Cavs, having won six of seven and playing for the first time since Thursday, had their run of scoring at least 100 points end at 26 games. They were 3 of 24 in the 2nd quarter, scoring 16 points with all 3s — going 0 for 17 from inside the arc.

The Warriors were at nearly full strength again aside from Curry, who could return this week once he goes through some scrimmages at practice.

Center Zaza Pachulia was available but didn't play after sitting out seven consecutive games, while Shaun Livingston came back after missing four games with a sore right knee.

Bell — who addressed the sellout crowd at midcourt moments before tipoff — started at center and had eight points and six rebounds.

Sure, this one felt a little strange without Curry or Kyrie Irving, now in Boston.

"Golden State-Cavaliers, that's a big game, no matter who's playing, who's out," Lue said. "... It will be weird, without Steph, without Ky, especially the battles we've had over the last three years. So both teams look different."

Warriors coach Steve Kerr knows just the uniforms are enough to get everybody going — and this marked the third straight Christmas matchup between the franchises, alternating home floors based on who won the title.

"It's always great to play the Cavs, they're an awesome team," Kerr said. "LeBron is so amazing and it's so fun to feel the energy in the building when the two teams get together. Neither team will look the same as we will even a month from now because Steph and Isaiah Thomas both should be back, hopefully they'll both be back. ... But it doesn't even matter sometimes, just the two uniforms in the same building gets people going."

Cavaliers: Lue isn't yet ready to guess when Thomas will return following his right hip injury. "He is progressing very well. The most important thing is that he is getting to practice and playing 5-on-5 and having a chance to experience feeling well after it and not having soreness. He did that the other day," Lue said. "I think he put out a video where he dunked yesterday, maybe the rims were low. Just seeing him jump was a good sign. He is feeling a lot better." ... Cleveland is 19-3 since Nov. 11, including 8-3 on the road.

Warriors: Durant averaged 32.0 points over his seven previous Christmas Day games. ... Golden State played its fifth consecutive Christmas game and seventh in eight. ... The Warriors were 10 of 37 on 3s after they went a dismal 3 for 27 from 3-point range in losing to the Nuggets. ... Kerr began his pregame session by thanking all of the arena staff and Golden State employees for their service and for working on the holiday. ... Thompson's holiday sneakers might have stood out most: neon green on the left foot, neon pink on the right.

Cavaliers: Visit Kings on Wednesday as they play the middle contest of a three-game West trip.