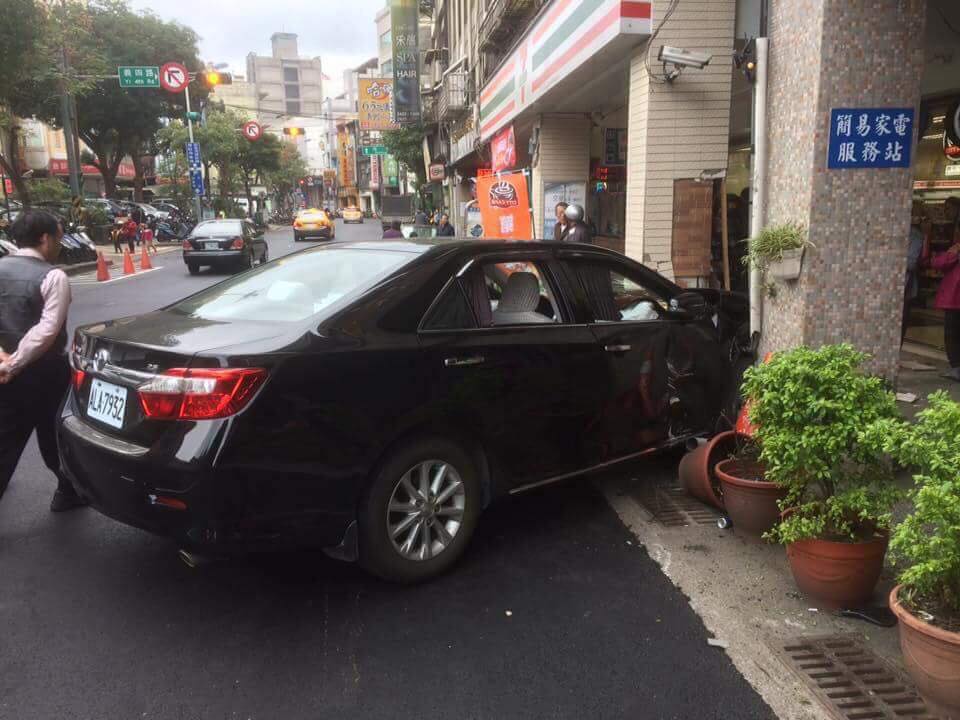 TAIPEI (Taiwan News) -- An American English teacher suffered severe injuries after a black sedan suddenly accelerated out of a parking lot and smashed into his legs while he stood in front of a 7-Eleven in Keelung on Sunday (Dec. 24).

At 2 p.m. on Sunday, as a 24-year-old English cram school teacher, identified as Darro Jonas Adam, was waiting for a friend, a black sedan suddenly sped straight into him, crushing his legs against a pillar of a 7-Eleven he was standing under, reported Apple Daily.

The 70-year-old man behind the wheel of the sedan, surnamed Chou, was pulling out of the parking lot of Keelung Hospital Ministry of Health and Welfare, when instead of turning left onto the road, dashcam footage shows his vehicle suddenly accelerating straight forward and colliding directly with Adam, who was looking upward and did not see the vehicle in time to dodge it.

The force of the impact was such that both front passenger airbags deployed and Adam was pinned between the vehicle and the pillar behind him. A dozen bystanders, including a 7-Eleven employee, instantly rushed to the scene and teamed up to push the vehicle away from the injured man. Image of man being pinned to pillar after being struck by car. (Image by Facebook group 爆料公社)

Adam suffered severe, compound fractures to both legs, with his right tibia bent backwards by 70 degrees and the skin torn away on his right knee exposing bone, reported Liberty Times.

After being rushed to the emergency room of Keelung Hospital, doctors determined that the severity of the multiple fractures to his legs necessitated complex surgery to repair both his bones and blood vessels, and was transferred to Tri-Service General Hospital in Taipei's Neihu District to undergo the procedure.

As for Chou, the driver of the vehicle, told police, "At the time, I had just paid the parking fee and was leaving the parking lot when the car suddenly lurched forward. I don't know why it would do that," reported Ettoday. Chou told the police the he said he was not sure if he had floored the gas pedal by accident or that recent maintenance work on the car had caused it to malfunction.

When police tested Chou's blood alcohol level at the scene of the crash, it registered a zero. Police are now investigating whether the accident was caused by human error or mechanical malfunction.

Video released on Breaking News Commune below shows bystanders heroically working together to push the car off the injured man.