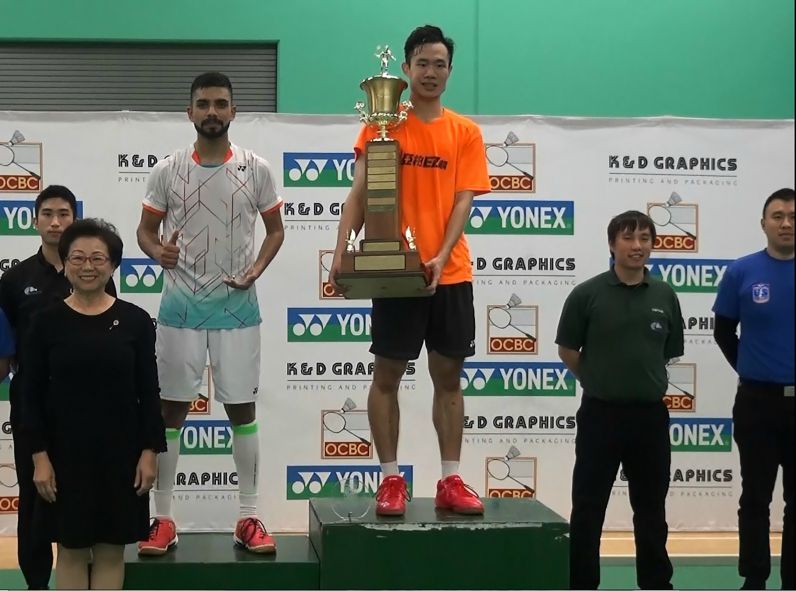 According to Lu, the high standard of competition and diverse styles of the opponents he faced throughout the tournament helped hone his skills. He had to dig deep to emerge victorious, he said, adding that the win has given him the confidence to compete at the highest levels of the sport.

After securing his first international title of the year, Lu joined his brother Lu Chia-pin in the men’s doubles final later the same day. In a tense 47-minute match, they were defeated by British duo Marcus Ellis and Chris Langridge 21-14, 21-17.

Lu debuted in 2014 and clinched several titles the next year including Taiwan’s first-ever men’s singles gold at the BWF World Junior Championships. He spent six months on the sidelines with an arm injury the following year before returning to claim the 2016 Li-Ning Sydney International.

Held since 2014, the Yonex / K&D Graphics International Challenge is an open tournament sanctioned by Malaysia-headquartered BWF, Peru-based Badminton Pan Am and USA Badminton. More than 140 athletes competed in this year’s edition running Dec. 19-23 in Orange County.

Past Taiwan winners include Hsu Jen-hao, who secured the men’s singles title in 2014, and Pai Yu-po, who claimed the women’s singles in 2015. Also in 2014, Taiwan’s Hsieh Pei-chen and Wu Ti-jung won the women’s doubles.